Anywhere you go in the North of Sri Lanka, be it Mannar, Jaffna, Mullaitivu or Kilinochchi you are bound to see the beautiful gopurams of the resplendent Hindi Kovils that rise above the scenery. A significant part of the Northern landscape, you could be in the middle of a town or driving through the countryside and be drawn to these spiritual abodes. Usually a Hindu Kovil is dedicated to a single God and will conduct poojas and festivals where devotees seek the blessings of the divine. 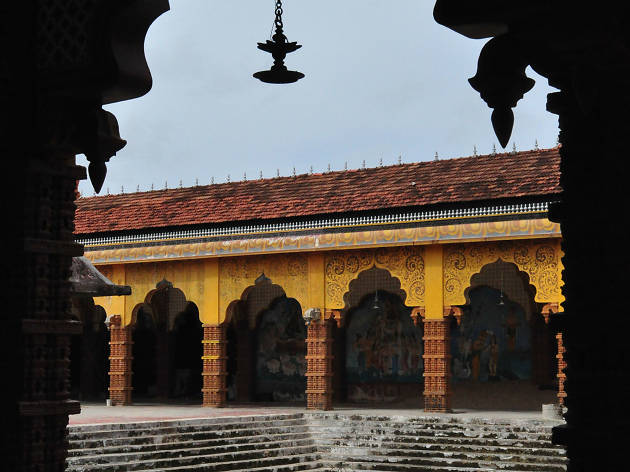 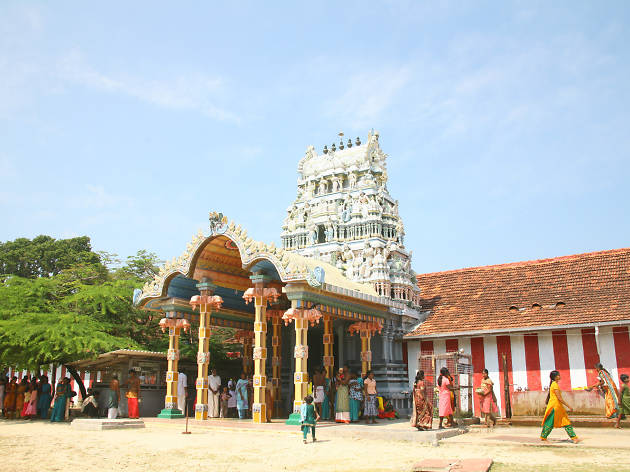 The Nagapooshani Amman Kovil is situated on the islet of Nainativu and is a boat ride away from the Jaffna peninsula. Dedicated to Nagapooshani Amman, an avatar of Durga, it is said that this temple has great divine power. The Kovil has four magnificent gopurams, the Raja raja Gopuram, rising to a height of 108 feet, East Gopuram, South East Gopuram and South Gopuram. Many devotees visit the Kovil, especially during the Mahostavam thiruvilla, which is celebrated during June and July. It is said that the statue of Goddess Nagapoosani with lingam and the ten headed Ravana at the bottom is  special to the kovil and is not to be found elsewhere. The Nagadeepa Buddhist temple is just a short distance away. 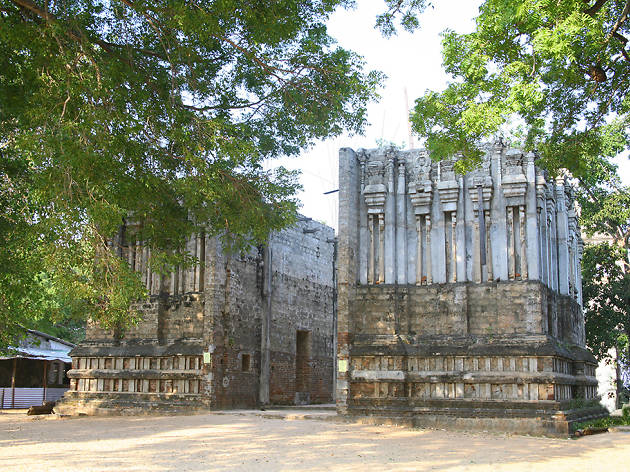 Believed to have been built in the 7th century, Naguleswaram Temple in Keerimalai, Jaffna is dedicated to Lord Shiva and is one of the five ancient Shiva temples in Sri Lanka. Its history predates the arrival of Prince Vijaya to the country and was once known as Thiruthambaleswaram Kovil of Keerimalai. A sequence of archways leads to the sanctum where the largest Sivalingam in Sri Lanka lies. It is said that the Sivalingam is made out of a very rare material. The temple festival is held during Maha Shivaratri and attracts many devotees. Maasi Magam and Aadi Amavasai(new moon) are also special days at the Naguleswaram temple. The Keerimalai natural spring ponds, which is said to have medicinal properties is just a short distance away from the temple. 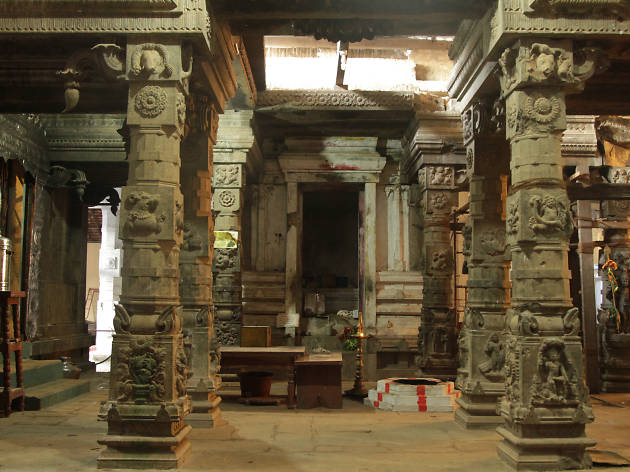 A shrine dedicated to Lord Skanda or Murugan, god of war and the second son of Lord Shiva and Goddess Parvathi. The Maviddapuram Kandaswamy Kovil is located close to Kankesanthurai, which was formerly known as Gayathurai. However, since the image of Lord Skanda, also known as Kankesan, first arrived in Gayathurai, it is believed that the name changed to Kankesanthurai. Maviddapuram, the place where the temple is situated translates to ‘the holy city where the horse face was removed’ (Ma – horse, vidda –removed and pura – holy city). It is believed that this legendary temple temple was built by a Chola Princess from Tamil Nadu. According to history princess Maruthapuraveegavallli, had a disfigured face resembling that of a horse. It is said that Maviddapuram is the place where the gods answered her prayers and transformed her appearance to that of a woman. The architecture of the Kovil is breathtaking with elaborately decorated columns and a towering gopuram. The six faced statue of Lord Murugan is accompanied by statues of his wives Valli and Devanai. Devotees visit the Kovil all year around to seek the blessings of Lord Murugan. 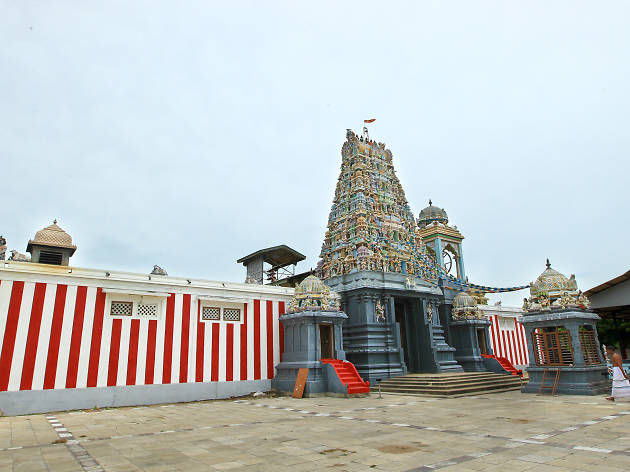 Thiruketheeswaram in Mannar is the temple where Ketu Bhagavan worshipped Lord Eeswaran (another name for Lord Shiva) whereby the shrine acquired the name “Thiruketheeswaram.” It is one of the five ancient Shiva temples in Sri Lanka. With a history of more than 2,500 years, Thiruketheeswaram is closely associated with the ancient port of ‘Manthotai’, a gateway into the Island used by traders centuries ago. The Kovil comes alive with festivities during Maha Shivaratri – a festival celebrated each year in reverence of Lord Shiva. 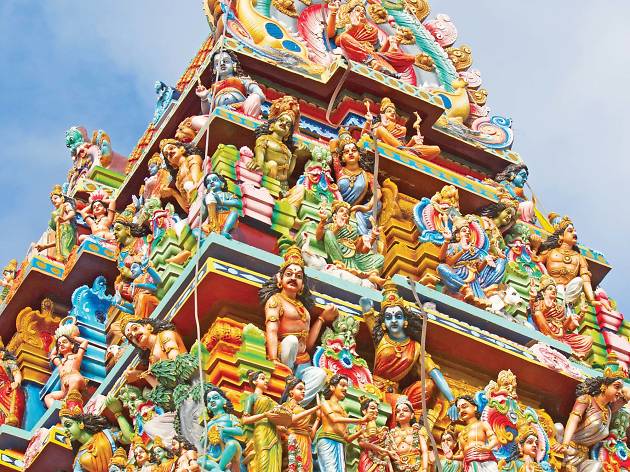 Situated in Mullaitivu, Vattappalai Kannakki Amman Temple is dedicated to Goddess Kannakki Amma. According to Karna legend, Kannaki from Madurai arrived in Sri Lanka and rested in ten different places. The tenth place she visited was named Paththam-Palai (Paththam – tenth, Palai – residence). Over time the name evolved to Vattappalai. Vattapalai Amman is believed to be a deity of myths, mysteries and miracles. Vaikasi Visakam Pongal Thiruvilla is the main festival, which is held in May. 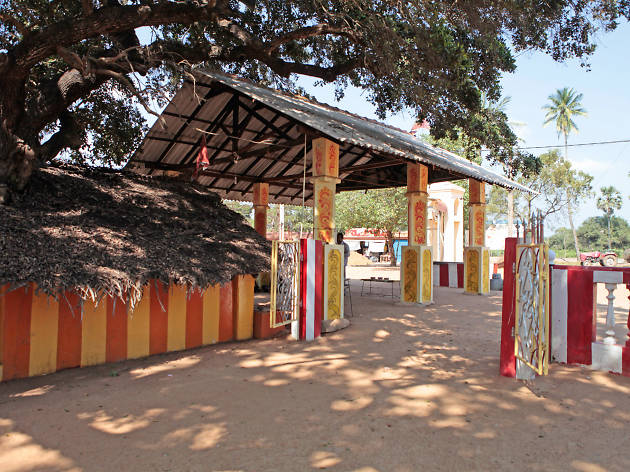 A roadside Kovil that is frequented by travellers on their journey to the North. Situated in Kilinochchi on the A9, this temple symbolises protection and everyone who passes this way will stop here to entreat for a safe journey. Murukkandi Kovil is dedicated to God Pillaiyar or Lord Ganesh. 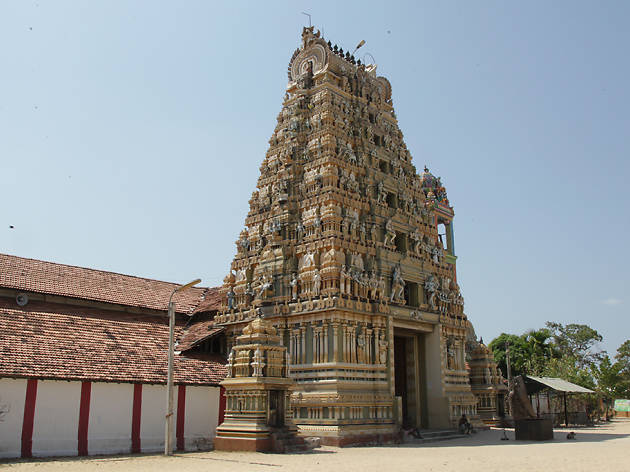 Vallipuram Alvar Vishnu Kovil is situated in Thunnalai, Vadamarachchi and is considered as one of the oldest Hindu temples in Jaffna. It is a sanctuary dedicated to Lord Vishnu, the preserver and protector of the universe as believed by many. There are many fascinating tales, all depicting Lord Vishnu’s divine power at work and the very beginning of the Kovil’s existence is steeped in legendary lore related to the ten avatars of Lord Vishnu. The annual festival of the Kovil is held during the months of September/October and the dates are determined according to the lunar calendar.