All you need to know to fully enjoy the Osaka theme park: USJ app, how to avoid queues, Super Nintendo World, and more

Home to the world’s first Super Nintendo World as well as iconic characters and attractions from Hello Kitty to Jaws is the fun-packed Universal Studios Japan (USJ) in Osaka. The sprawling theme park is one of a handful around the world owned by NBC Universal, but while it shares some popular rides like Harry Potter and the Forbidden Journey with its American counterparts, this Japan location also has its own set of unique thrills.

From limited time pop-ups dedicated to beloved anime franchises like Sailor Moon, to hair-raising attractions like the Jurassic Park ride, here's everything you need to know about Universal Studios Japan and how to get the most out of the mammoth park. So read this before you go. 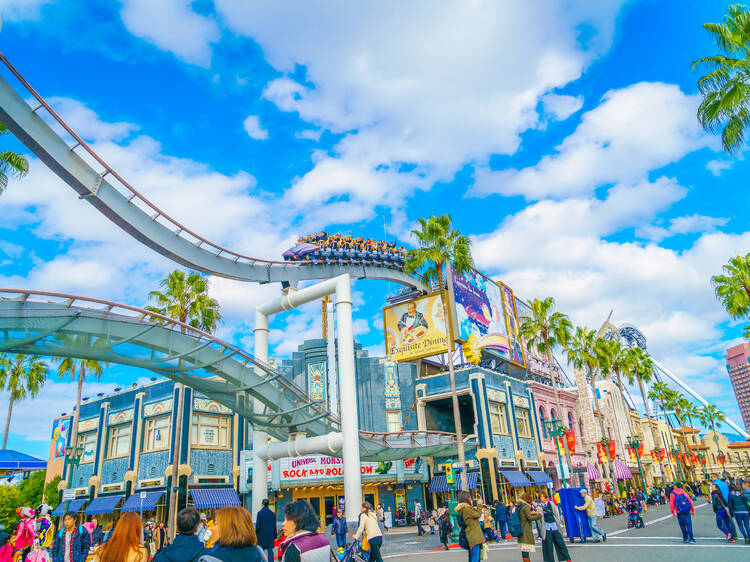 With its throng of parades, performances, high-speed rides and 4D experiences, USJ draws enormous crowds every day of the year, which can often result in staggering wait times. You can keep track of how long the queue is for each attraction through the USJ app, which also offers updated information on show times, temporary ride closures and park operation hours.

The app will come in handy especially on busy days as you can use it to register your park admission tickets and obtain a digital timed-entry pass for certain attractions. The app will give you a time frame for when to show up at a specific attraction to cut down your wait time. Note that the number of timed entry passes you can get is limited. 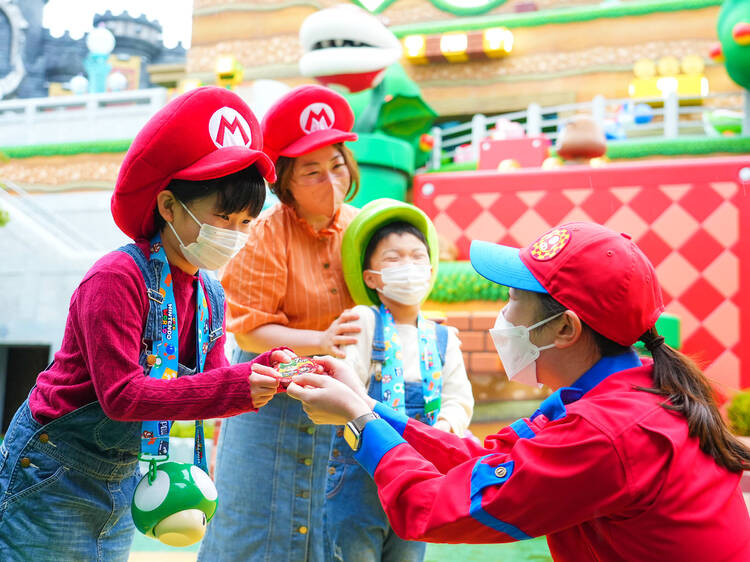 The park is divided into ten areas: Super Nintendo World, The Wizarding World of Harry Potter, Minion Park, Universal Wonderland, Hollywood, New York, San Francisco, Jurassic Park, Amity Village, and WaterWorld. You can check out the shops, restaurants and attractions in each of these sections here.

Exploring the different areas of the park is fairly straightforward. However, accessing the Wizarding World or the new Super Nintendo World can be tricky on busy days as they have limited capacity. To guarantee access to all areas, you can purchase a Universal Express Pass online or on the day of your visit (more on this below).

Alternatively, you can get an area timed entry ticket for free via the USJ app or from one of the timed entry booths within the park. This will give you a specific time slot to access either the Wizarding World or Super Nintendo World. Availability is limited, so aim to get one early on in the day. Plus, be sure to hold on to your park admission ticket as you’ll need it to get your timed entry pass. 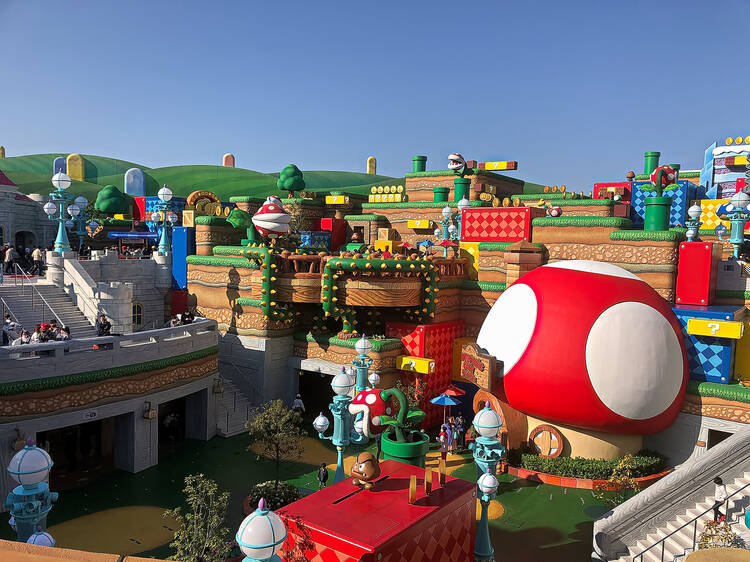 The world’s first Super Nintendo World is easily USJ’s most sought-after attraction. The section houses rides like Mario Kart: Koopa's Challenge and Yoshi's Adventure, but with its careful attention to detail and cleverly designed interactive elements, the Super Nintendo World area is an attraction in and of itself.

Aside from the Nintendo-themed shops and eateries, the area also has a host of side quests and mini games for you to enjoy. Annoyingly, this requires yet another expense in the form of a ￥3,800 Super Nintendo World wristband sold at the kiosks within the area. But there’s more to this toy than meets the eye.

The wristband can be synced to your smartphone via the USJ app, which you can then use to keep track of the points you score in the mini games and see where you rank among other players. One main way to score points is by earning ‘keys’ from the three mini games in the area. Once you’ve completed all three challenges, you’ll be able to enter Browser’s castle for a showdown with the big boss.

Look through your stamp collection on the app and you’ll see that there are dozens of other ways to score points besides ‘key’ games. These include punching yellow boxes for coins the way Mario does in the video games, racing in Mario Kart, unlocking Bowser Jr's toy chest, and finding 8-bit characters, among other things. Every time you hit a yellow block or unlock a new achievement, you’ll see your points go up on your app. 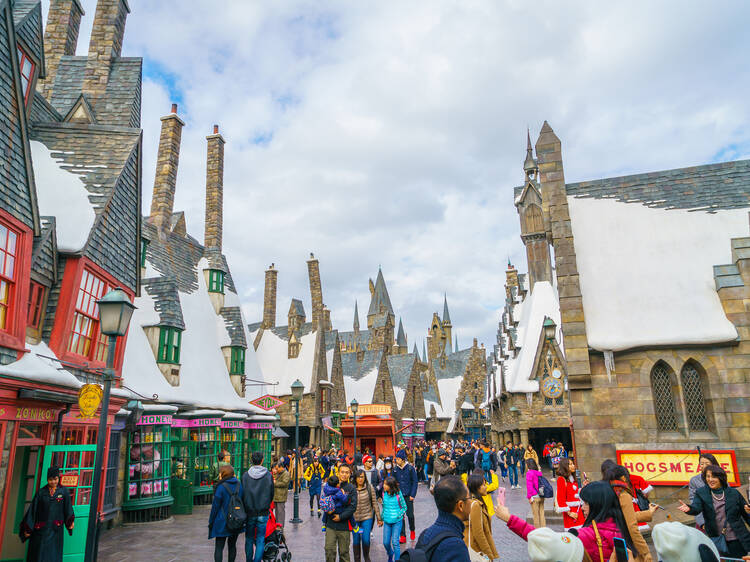 The Wizarding World of Harry Potter

You've read the books, you've seen the films, and now you can explore the Wizarding World in real life. Complete with an impressively detailed model of Hogwarts Castle, the Hogwarts Express and an array of shops to explore in the Hogsmeade village, this area in USJ will make you feel like you’ve stepped into the magical universe of Harry Potter.

While Tokyo is anticipating the exciting launch of the Warner Bros. Studio Tour Tokyo next year, the upcoming facility will feature a different set of attractions as it’s modelled after the one in London. This means the Wizarding World in USJ will still be unique to Osaka come 2023.

If you have yet to be kitted out in your house colours, you might want to shop for a set of school robes before heading up to the castle, where adventures like the Harry Potter and the Forbidden Journey ride await. Edible treats on offer range from Bertie Bott’s Every Flavour Beans (try at your own risk) to frothy butter beer, while wands of all shapes and sizes can be found at Ollivanders for sorcerers in training. 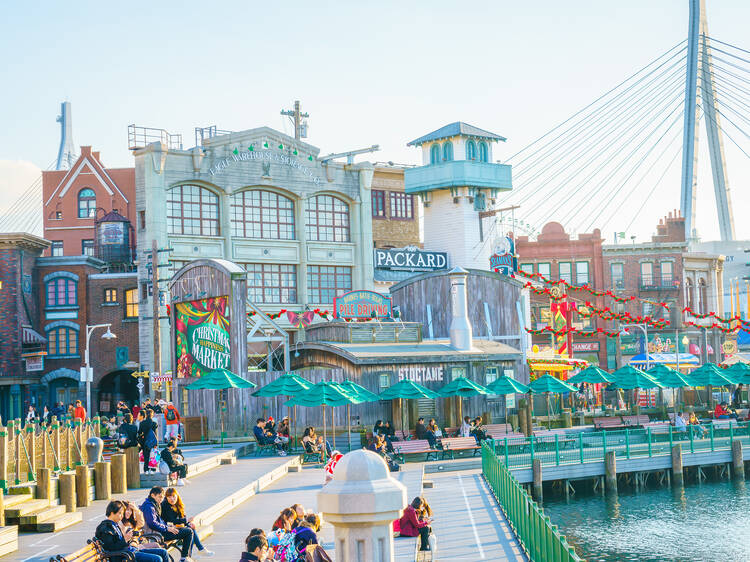 You might need more than just an entry ticket

Studio Passes (general admission tickets) can be purchased online or at the park entrance. Rates for adults (age 12 and over) start at ￥8,500 while children (ages 4-11) can enter from ￥5,400 – prices vary depending on the day. If you're entering the park after 3pm, you can opt for the Twilight Pass, which starts from ￥5,900 for adults and ￥3,500 for children.

If you want to skip the long queues for popular rides, or guarantee access to areas like Super Nintendo World, you should consider buying a Universal Express Pass bundle for a few extra benefits. Different Express Passes offer different perks, ranging from prime parade viewing spots to shortened wait times for certain rides, so be sure that your bundle includes access to the attractions you want to experience most. Note that Universal Express Passes are supplementary; you still need to buy a standard park admission ticket to enter USJ. 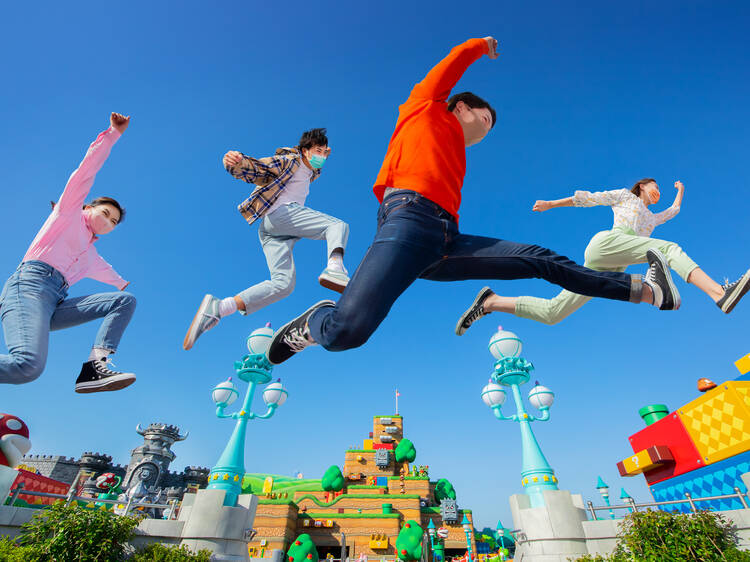 If you’re travelling from Osaka Station in Umeda, ride the Osaka Loop Line (local train for Sakurajima) for five stops and alight at Universal-City Station.

If you're travelling from Osaka Namba, take the Hanshin-Namba Line (local train bound for Amagasaki) to Nishikujo Station and then transfer for the JR Yumesaki Line directly to Universal-City Station. 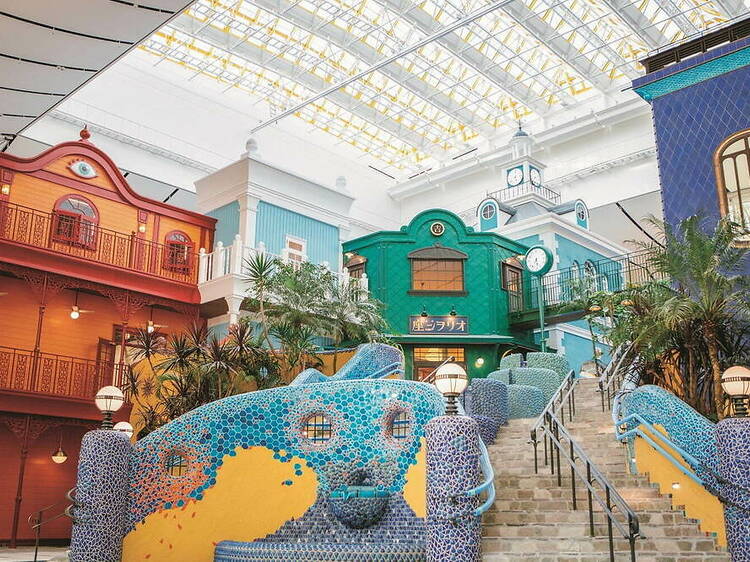 Opening dates, photos of completed attractions, plus how to get tickets – get ready to venture into the Ghibli universe 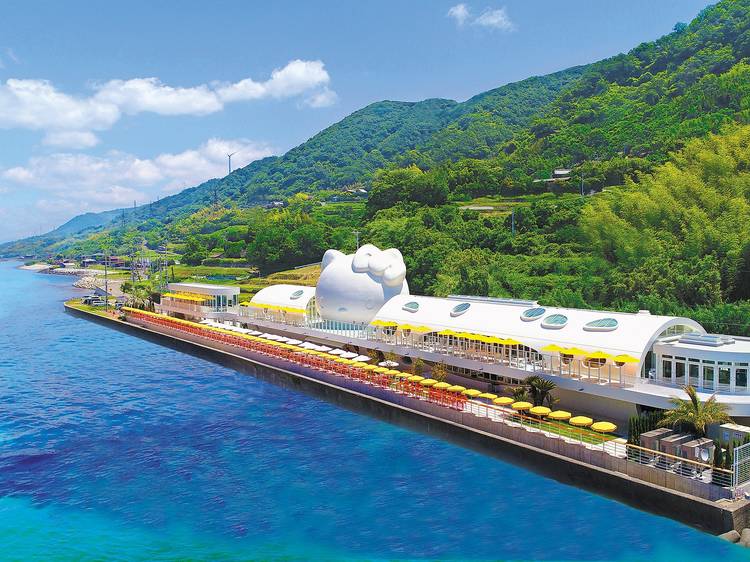 From island resorts and hotels to theme parks and restaurants, you can get your Hello Kitty fix all around Japan