Strip away the virtuosity and finesse and soba are simply noodles made from buckwheat flour. While buckwheat has been cultivated in Japan since ancient times, it is believed that soba was only invented in the late 16th or early 17th century. Soba masters in Japan continue to make them by hand to this day, with the most dedicated artisans using only 100 percent buckwheat flour. Since buckwheat is notoriously stubborn to work with, some chefs have resorted to cutting their noodles with wheat flour.

As you’ll discover below, there are many iterations of soba noodles. To truly appreciate the craft, you should eat the noodles in their purest form, either with just a dipping sauce or in a simple hot broth. Pay attention to the texture, look out for the slight nuttiness, and savour the earthy taste of the buckwheat. Hardcore soba fans insist that slurping and swallowing the noodles without chewing is the most sophisticated way to enjoy the dish. Each to their own, we say. 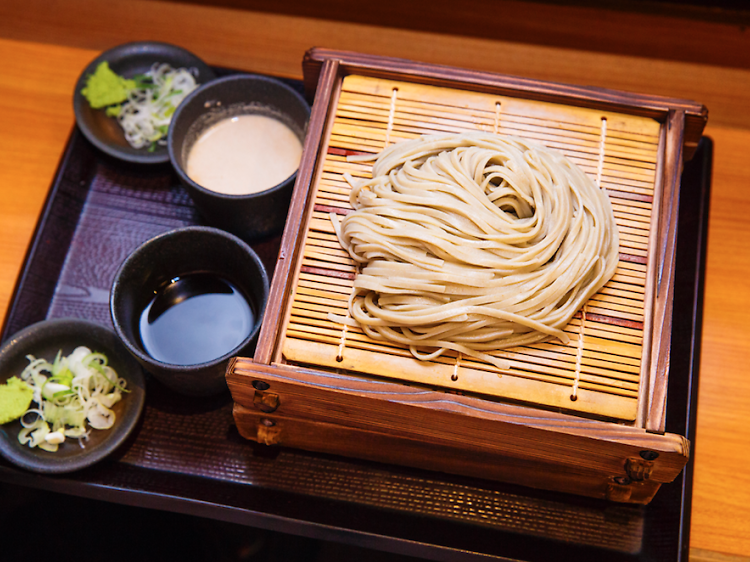 You’ll sometimes find the terms ‘seiro’ and ‘mori’ used interchangeably. Don’t worry, the difference is usually just dependant on the shape of the wicker basket the noodles are served on – ie round or square. 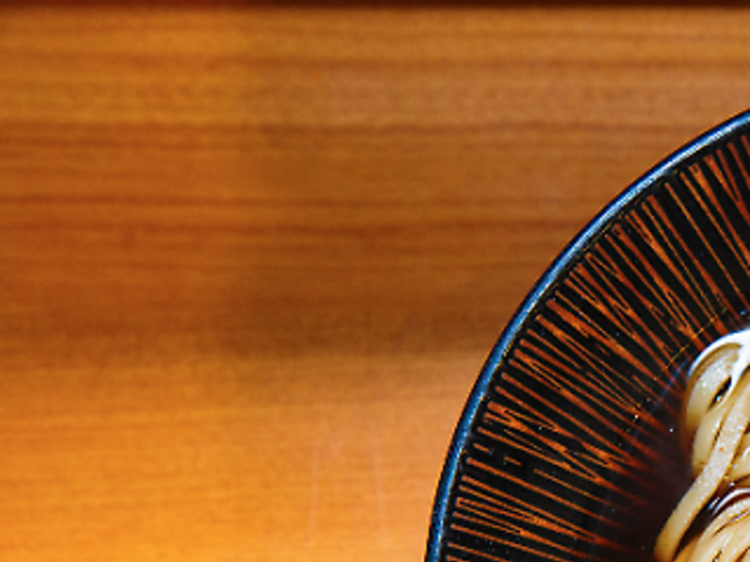 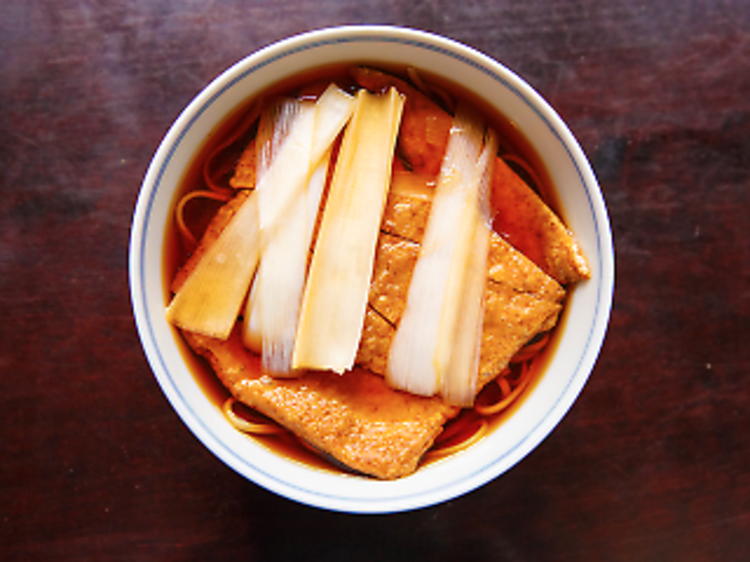 A fried tofu pocket, known as aburaage, is placed in hot broth along with the noodles. The tofu is slightly sweet and adds a bit of protein to this otherwise simple dish. 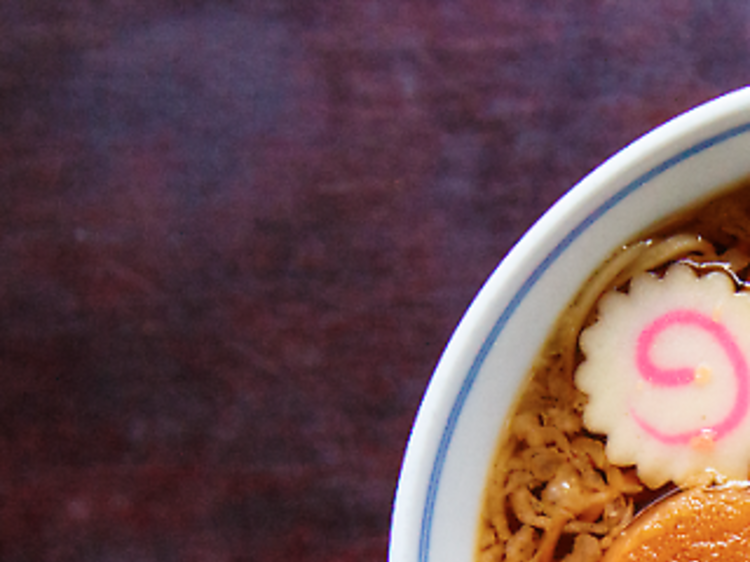 Hot kake soba topped with deep-fried bits of tempura batter, which help soak up the broth and add some nice crunch. 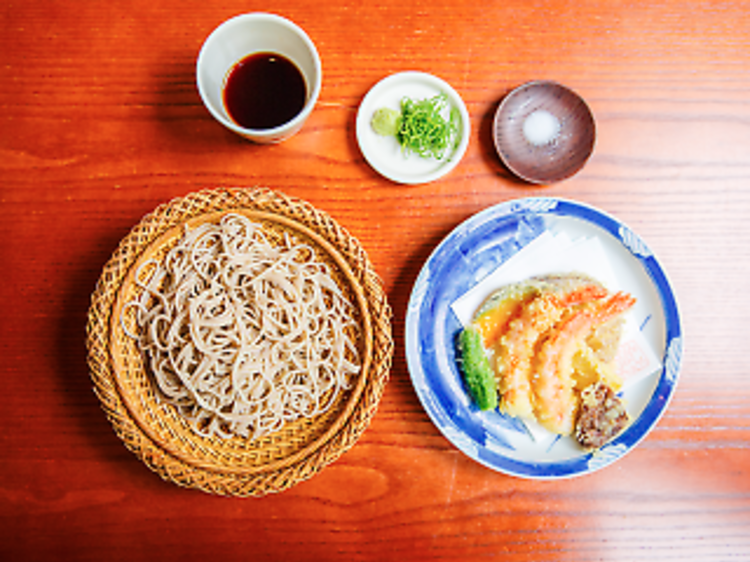 Served with either hot or cold noodles, this comes with tempura pieces. You’ll usually find a basic assortment of tempura (prawns and mixed vegetables) or just a simple kakiage (deep-fried fritter usually made with chopped vegetables). 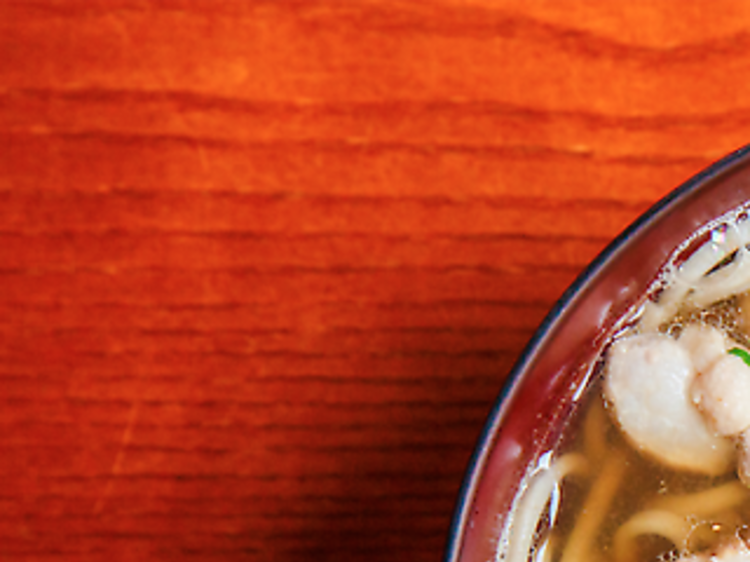 With noodles submerged in a duck-infused dashi broth and topped with more slices of duck as well as leek or green onions. 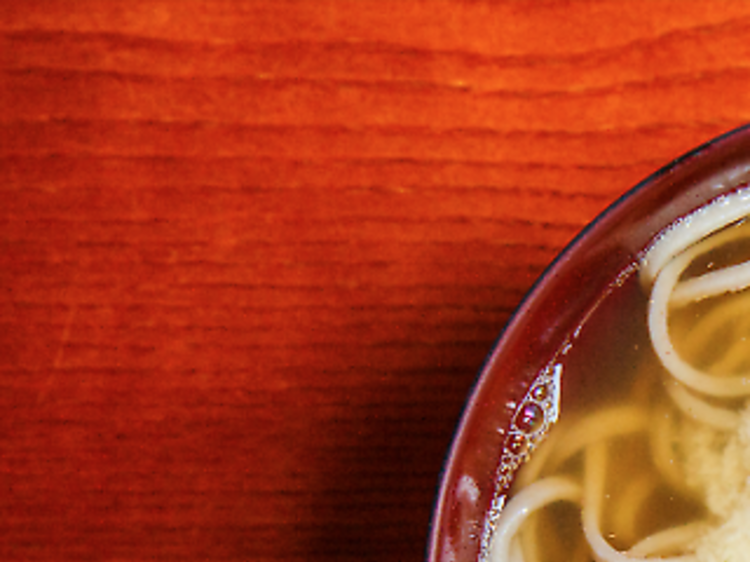 Topped with tororo or grated mountain yam, resulting in a gooey, slime-like mixture that’s a lot tastier than it looks. Served hot or cold, tororo is high in vitamins and minerals. 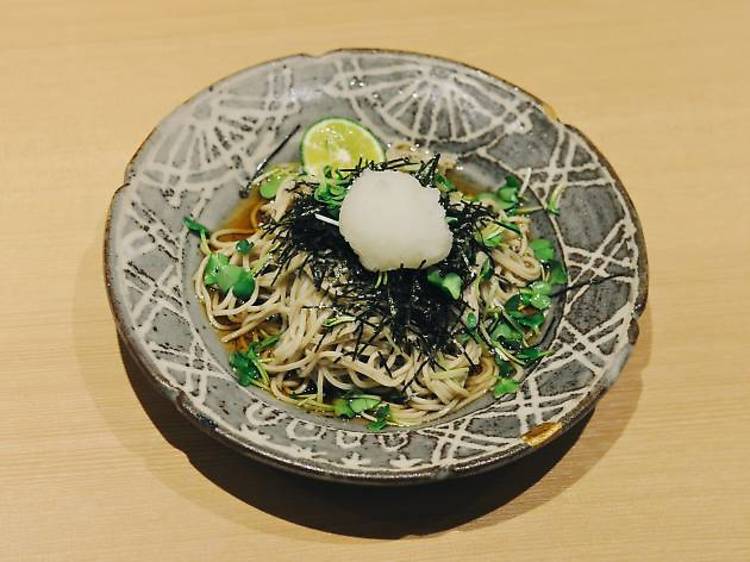 With grated daikon on either hot or cold soba. A refreshing option in the warmer months, the spiciness of the raw radish helps awaken your appetite. 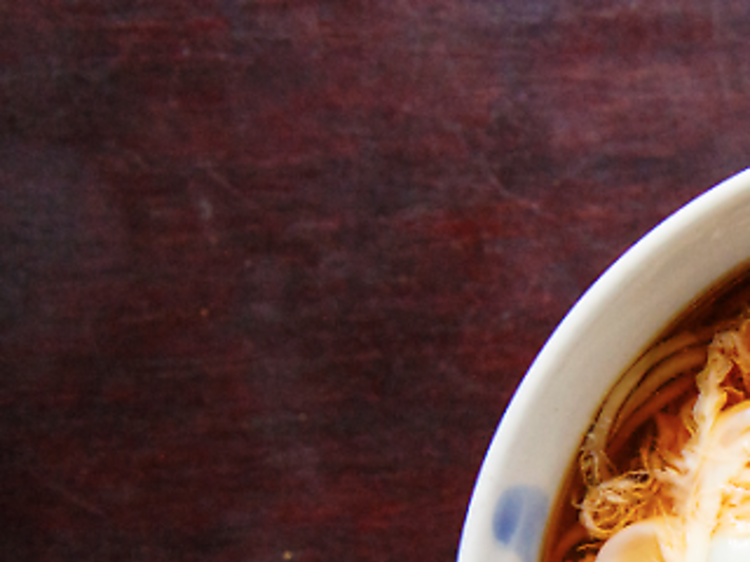 Topped with a raw egg. When hot, the broth will slowly poach the egg; on cold noodles, the runny yolk acts as a rich sauce. 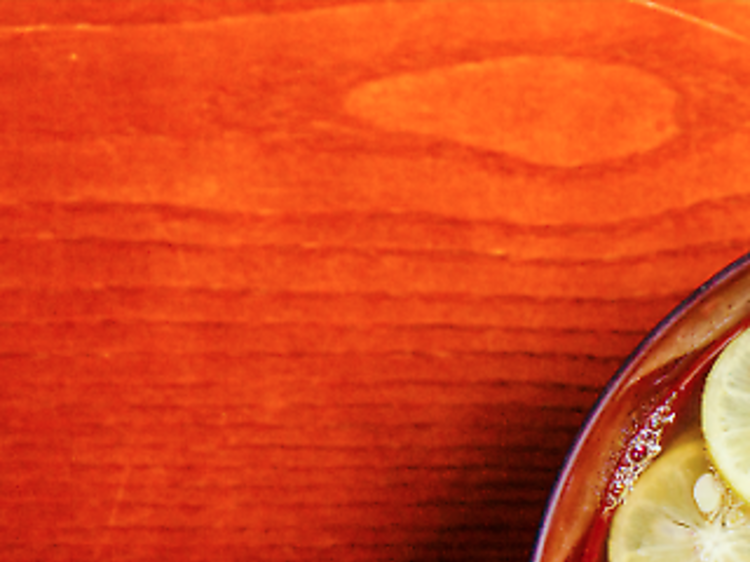 This refreshingly zesty soba features perfectly round slices of sudachi lime, the Japanese citrus that’s a cross between yuzu, lime and orange. Typically served cold on a hot summer’s day, it can also be eaten warm. 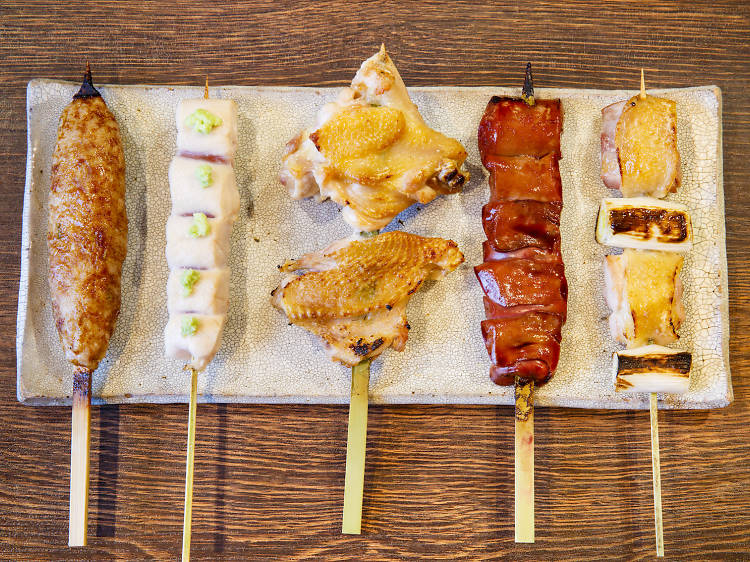 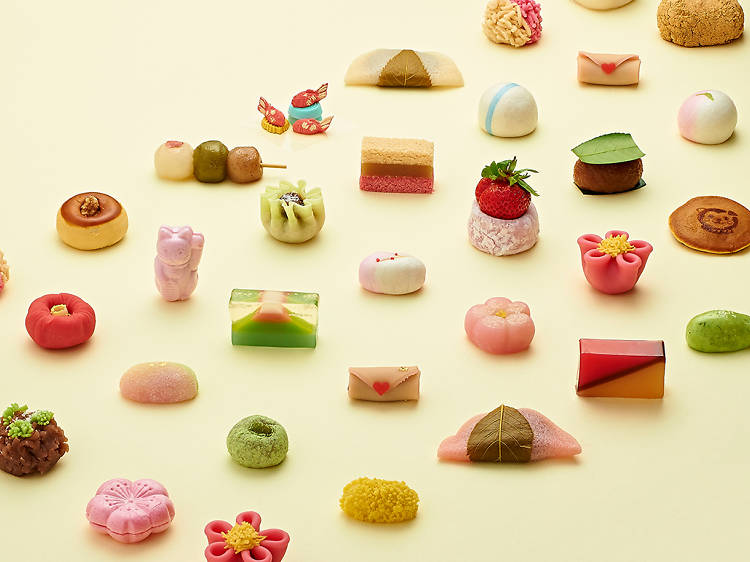 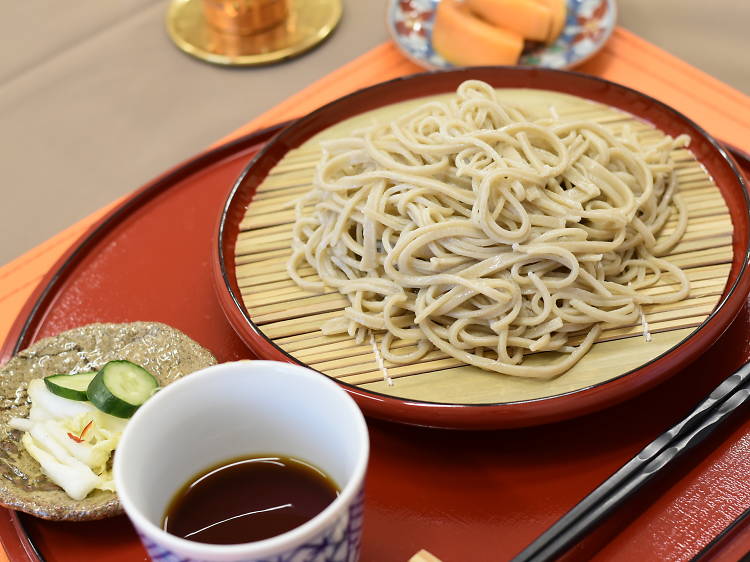 Ah, the humble soba noodle. This buckwheat favourite is filled with fiber and protein and is an essential in Japanese cooking, both in restaurants and at home. Learn how to make your own soba noodles in this two hour class where you’ll make the noodles from start to finish.