There's a lot more to Asakusa than just Sensoji. From traditional Japanese crafts to kitchenware, there's plenty left to explore in this historic neighbourhood. Take a stroll along the Sumida River for stylish finds in Kuramae or hit up the popular shopping streets of Kappabashi-dori and Nakamise-dori for a real treat. 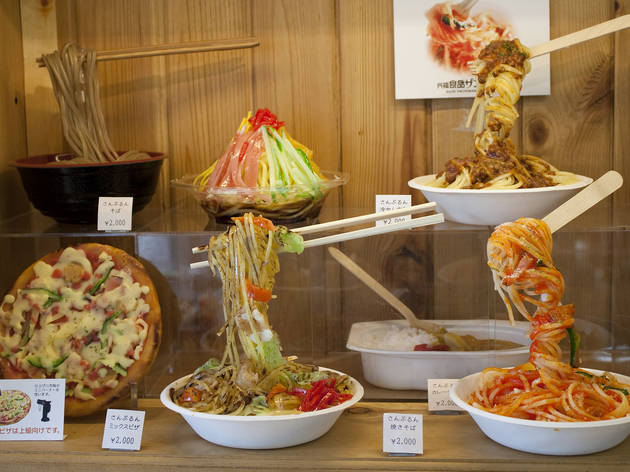 In the heart of Kappabashi ('Kitchen Town') you'll find this shrine to all things fake food-related. Ganso Shokuhin Sample-ya has been producing plastic replicas for display in restaurant windows since 1932, but in recent years it's wisened up to the tourist trade... 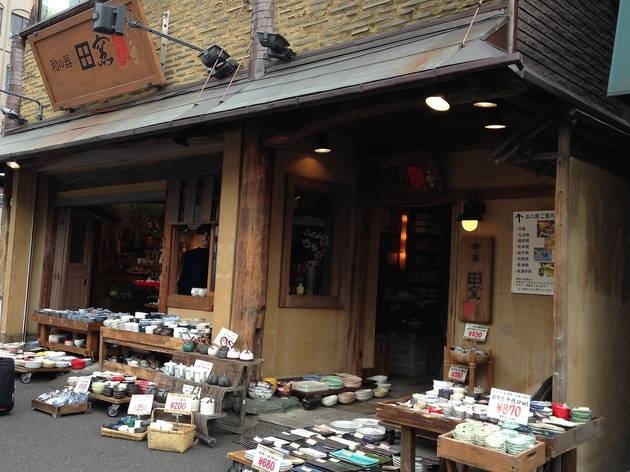 Satisfy all your Japanese tableware needs at this Kappabashi shop that sells finely crafted bowls, plates, chopstick rests, cups, soy sauce cruets, sake cups and much more at prices around 20 percent lower than the suggested retail price. Ideal for souvenirs and gifts... 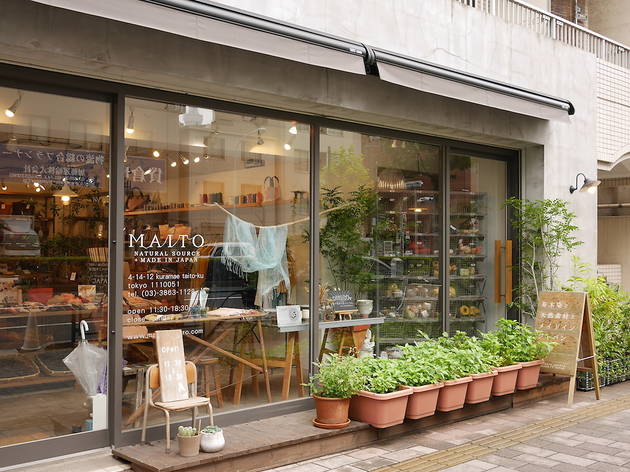 There seems to be a specialist store for everything in Kuramae, and this one is exclusively focused on items made using the traditional kusakizome dyeing technique. You'll find a wide range of fabrics dyed with natural liquids extracted from flowers, leaves and roots, from sakura pink and rubia red to mulberry yellow... 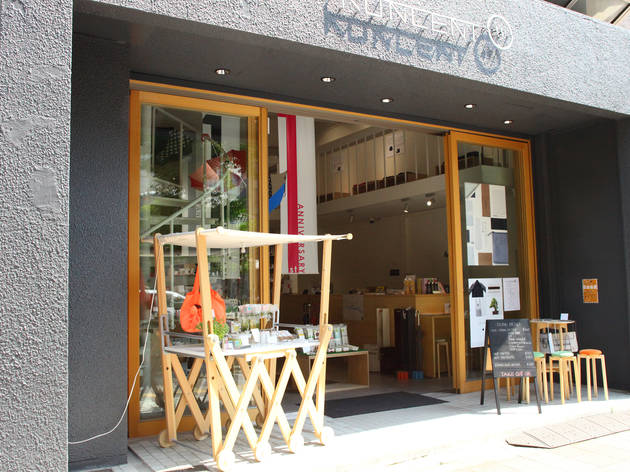 Much more than your average homewares shop, Koncent sits along Kuramae's Edo-dori and functions as the home base for H Concept, a company involved in design consulting for a wide range of Japanese manufacturing businesses. As is to be expected, the trendy store stands out in these surroundings... 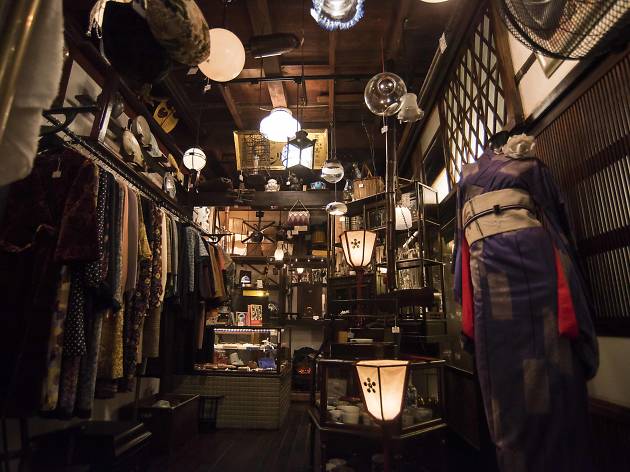 Asakusa's premier antiques purveyor sure stands out on Rokku-dori: the retro sign spells out 'Mobo Moga Goyotashi', a play on the 1920s slang for 'modern boy' and 'modern girl'. Entering the narrow building, you're sure to notice the vintage, barely functional radio playing some long-forgotten tune... 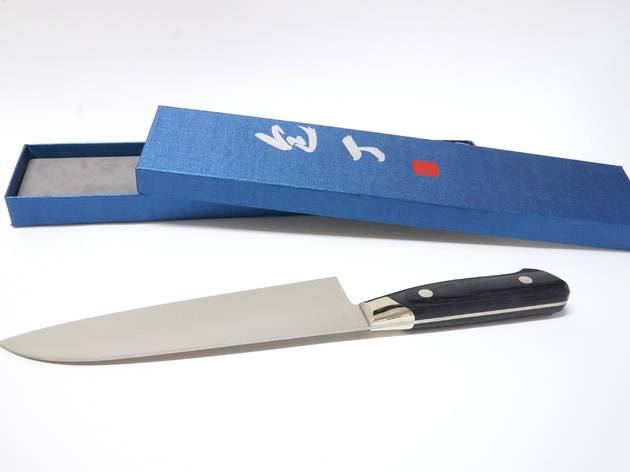 Founded in 1908, Kama-Asa in Kappabashi deals in everything from kitchen knives (up to 80 different kinds) and exquisite Nanbu Tekki ironware to items like stylish crane-shaped graters and some of the best frying pans. Buy a knife and they’ll engrave it for you (no extra cost)... 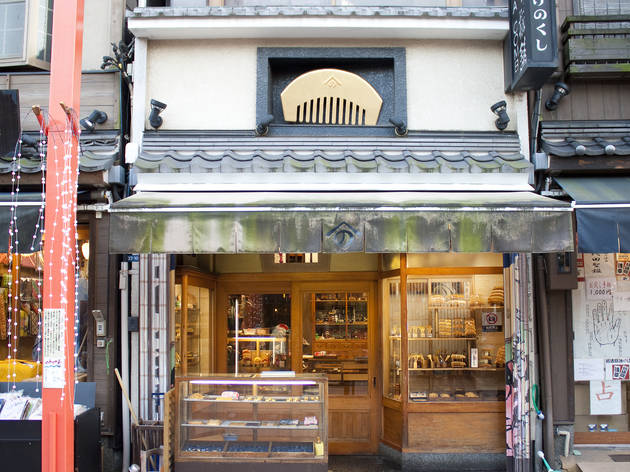 One of the many attractions on Denboin-dori in Asakusa, Yonoya Kushiho has been producing boxwood combs since 1717. Fashioned from boxwood grown in Ibusuki, Kagoshima, the combs can last for generations if properly cared for, and are also claimed to be gentle on the hair. Hairpins, keyrings and netsuke miniature carvings are also sold... 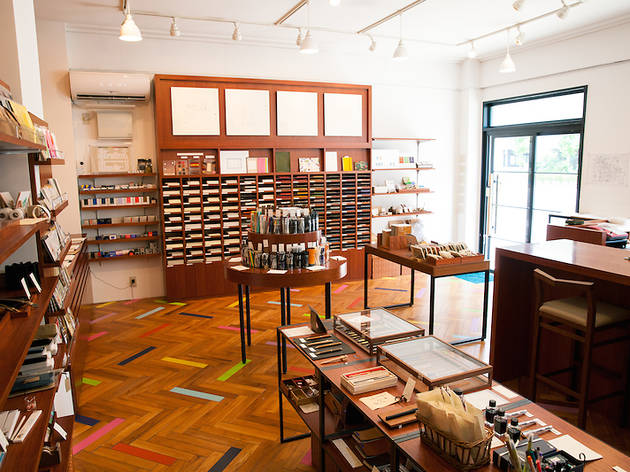 You might find yourself falling in love with the art of writing again after a visit to this specialist stationery shop. Kakimori’s range of pens, inks and letter sets are chosen on the basis of how comfortable they are to use, and customers are welcome to try out the fountain pens in store... 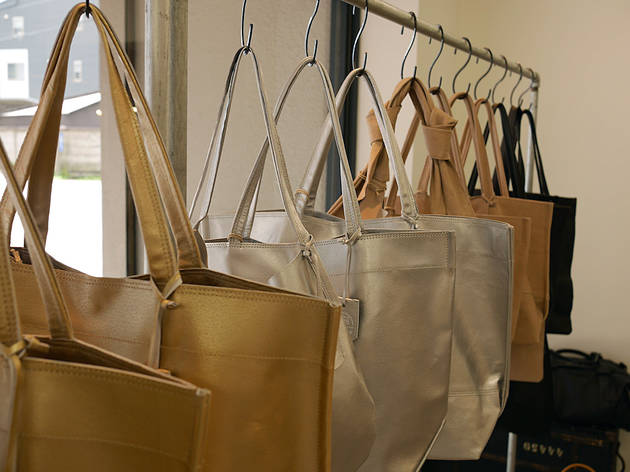 If you need a stylish leather bag that's also made to last, head straight for this factory store operated by the notable Ren brand. Simply crafted from quality materials, their unisex bags are all light and durable, but we're especially fond of the super-smooth pigskin varieties... 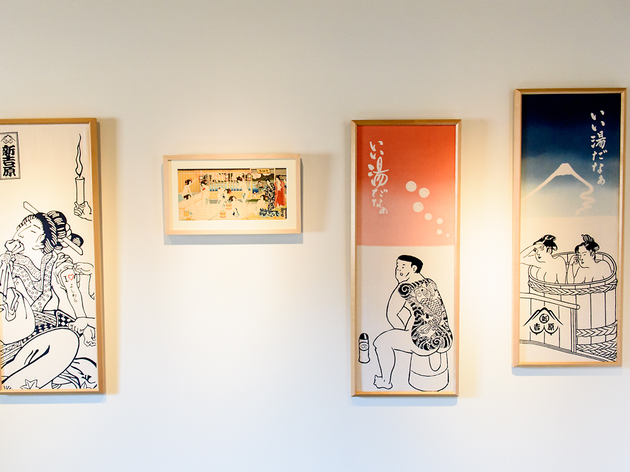 A unique souvenir shop that captures the sensual spirit of Yoshiwara, Edo-Tokyo's legendary red-light district, Shin-Yoshiwara is run by designer Yayoi Okano. Inspired by the impact Yoshiwara, its residents and regulars have had on modern Japanese culture, she relocated her store right to where the brothel quarter used to stand – a move initially met with mixed feelings among the locals. But Okano's traditional, sleek and sexy wares have earned her both a loyal local following and plenty of international attention. They're now available not only at her own shop, but also at Shinjuku's Beams Japan and even the souvenir stores at Haneda Airport. For more details, check out the Shin-Yoshiwara Instagram feed. 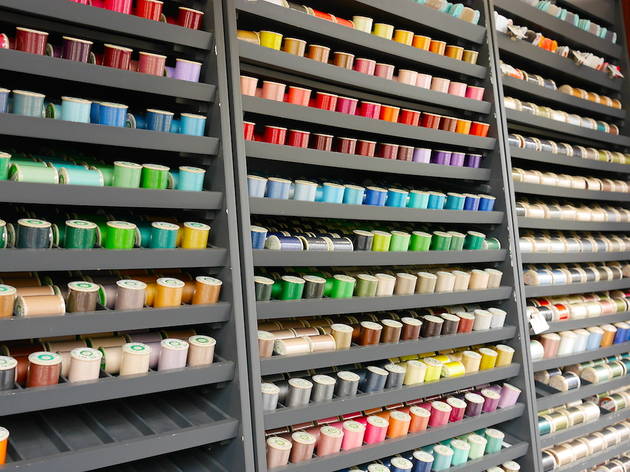 Satisfying your every yarn-, twine- and other sewing-related need in Kuramae, this venerable retailer has been open for business since 1864. In more recent years, the shop has steadily expanded its selection, which now also includes tape, ribbons, wrapping paper and more. Highly recommended for DIY types on the hunt for inspiration and/or materials... 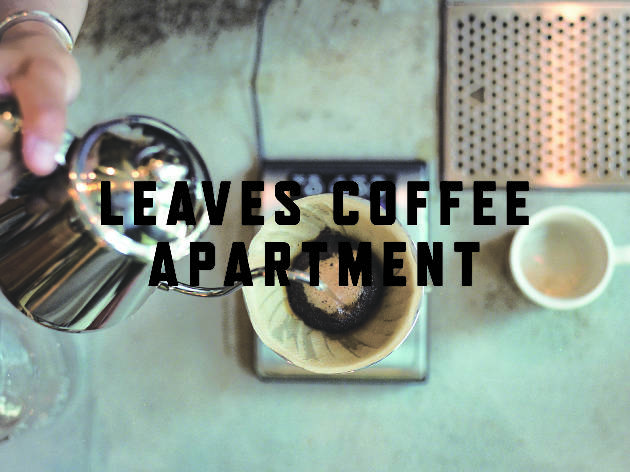 Hidden away right in between tourist-infested Asakusa and the much grittier Asakusabashi, Kuramae has a recently become a hotbed of hip 'made in Tokyo' shops, trendy eateries and hipster coffeeshops. Aiming to build (or cash in) on that reputation is this new concentration of businesses right by the Sumida River... 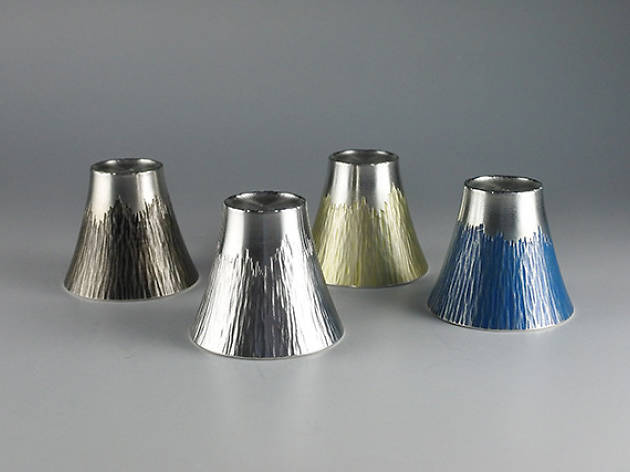 Ceramics specialists Maeda temporarily moved to this location due to construction at their main Kappabashi shop. Find finely crafted plates, tea cups, pots and bottles, or look for the fun chopstick rests that include themes like sausages, buttons and Mount Fuji... 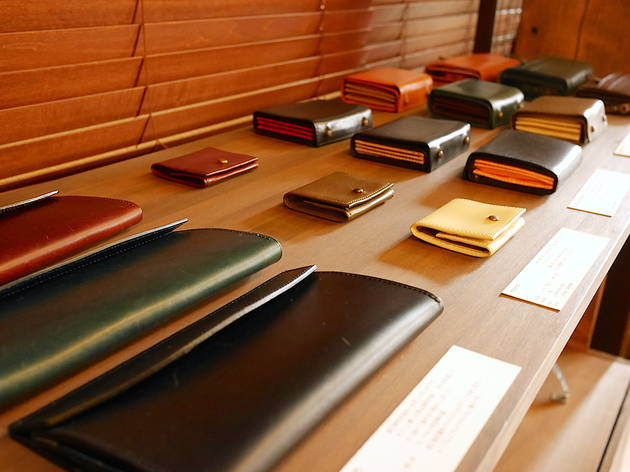 Both a studio and a retail store, this leather shop stands out from the rest. Leather artisan Yuichiro Murakami, who used to be an architect, really puts his heart – and the traditional techniques he learned in Italy – into the products. Oozing simplicity and functionality, his pieces also make for great gifts. A number of items from M+ are also sold in other stores nationwide... 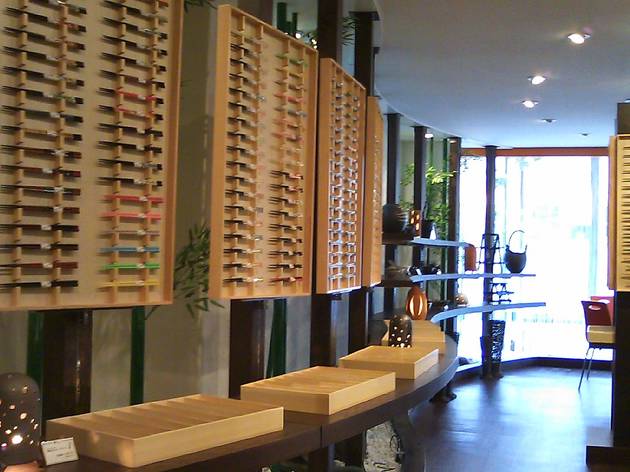 Fittingly located on the north side of Kappabashi, this specialist shop carries a dizzying variety of chopsticks in different lengths, colours and shapes – ask the staff to pair you up with ones that fit perfectly in your hands. An engraving service is also available... 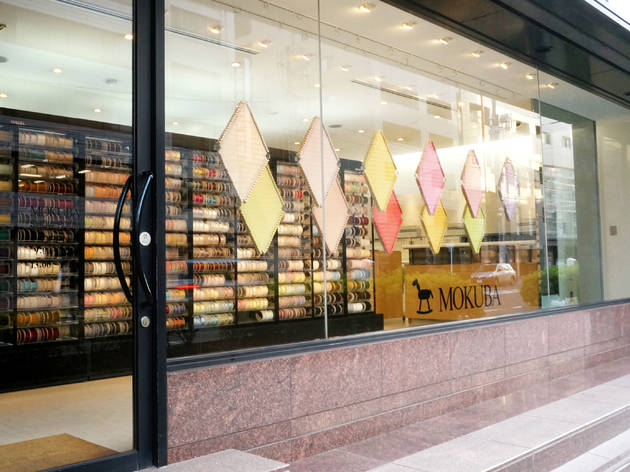 Having cultivated relationships with boutique brands ranging from Louis Vuitton to Lanvin and Dolce & Gabbana, ribbon manufacturer Mokuba is one of Japan's lesser known world-class companies. This Kuramae showroom exhibits their beautiful wares, all of which are available for purchase by the metre... 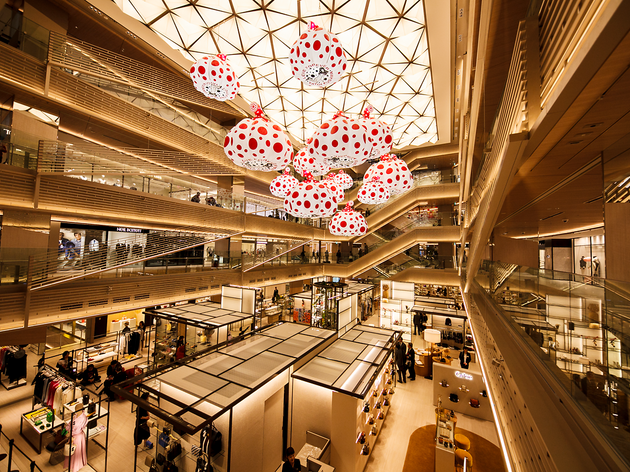 Tokyo has some of the greatest shops and retail spaces you'll ever have the pleasure of shopping through, and Ginza is no exception. Offering up everything from the most fashionable high-end labels right off the runway to magnificent department stores and small speciality boutiques, there really is something for everyone in the capital's glitziest neighbourhood. 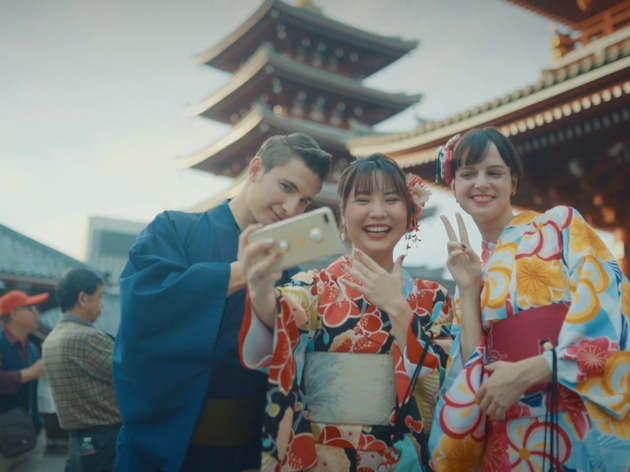 Historic Asakusa, known for the majestic Sensoji Temple and Kaminarimon Gate, is an essential for first-time visitors to Japan.