The director behind some of Thailand’s highest-grossing horror movies talks about his new flick, The Promise

How did you become involved in this project?
It started from GDH 559’s head producer Jira Maligool showing me a website about the Sathorn Unique Tower—nicknamed “Thailand’s Ghost Tower” by foreigners who visited the premises—and a web fiction, The Love, the Promise and the Death, which was first published on pantip.com. Our studio [GDH 559] had bought the copyright a few years back. What interested me the most [about the story] is that someone had promised to commit a suicide with a friend, but didn’t do so. [If it were me] I’d feel very scared and guilty even if there was no ghost involved. That was when I started developing the storyline.

Pansit Torsuwan, the owner of Sathorn Unique Tower, had previously turned down an offer from a Hollywood studio to make a movie in the building. How did you convince him to say yes?
Our story involves the Tom Yum Goong economic crisis in 1997. The owner considers the building, the construction of which was suspended during the crisis, as a symbol representing that period. So he’s interested in the key message we wanted to tell. Plus, when he found out that GDH was behind it, he knew it was not going to be just another horror movie depicting a ghost in the tower, but there are other things we wanted to convey through the movie.

This is your fourth horror movie as a director. How is it different from your previous films?
In horror movies [in general], we’re horrified by what we see: scary-looking ghosts popping out of nowhere. But in this movie, I wanted to change the focus from [the horror of] encountering ghosts to that moment you can sense there might be a ghost, yet you can’t see it.

What makes you so passionate about making horror movies?
Because horror movies play with the audience’s emotion. Making horror movies is like creating a ghost house in a theme park where you need to design how the audience would feel when they arrive at certain points. It’s an enjoyable relationship between the director and the audience. Personally, I’m afraid of ghosts. Every time I travel and hear strange sounds, I would get scared and automatically my imagination would go crazy. But when I’m not in that kind of situation and when I work on horror movies, it’s fun.

Do you feel like you've reached the peak of your career?
It’s difficult to say. I make movies to share my emotional experience with the audience. As long as they enjoy watching it and take something from the movie back home with them, I feel like I’ve fulfilled my tasks. When Laddaland was in the theaters, I received a Twitter message, saying, “I watched it and then returned home to give my father a hug because I realized how hard it was for him to buy a home for us.”

Do you base your success on box-office returns?
That’s the end of the journey. In Thailand, the success of a movie is measured on how much it earns. But for us filmmakers, B100 million at the box office means hundred of thousands of people have seen the movie. We just want our movie to be seen and enjoyed. That’s our ultimate goal.

What are the differences between directing a horror movie 10 years ago and now?
I think it’s getting more difficult, particularly when writing the screenplay. I don’t want to repeat what I’ve already done in the past. Your audience—your fans in particular—will already be familiar with your old tricks. They know in which direction you are trying to take them to, and how the ghost is going to pop up. Your job is to always take one step ahead of your audience. 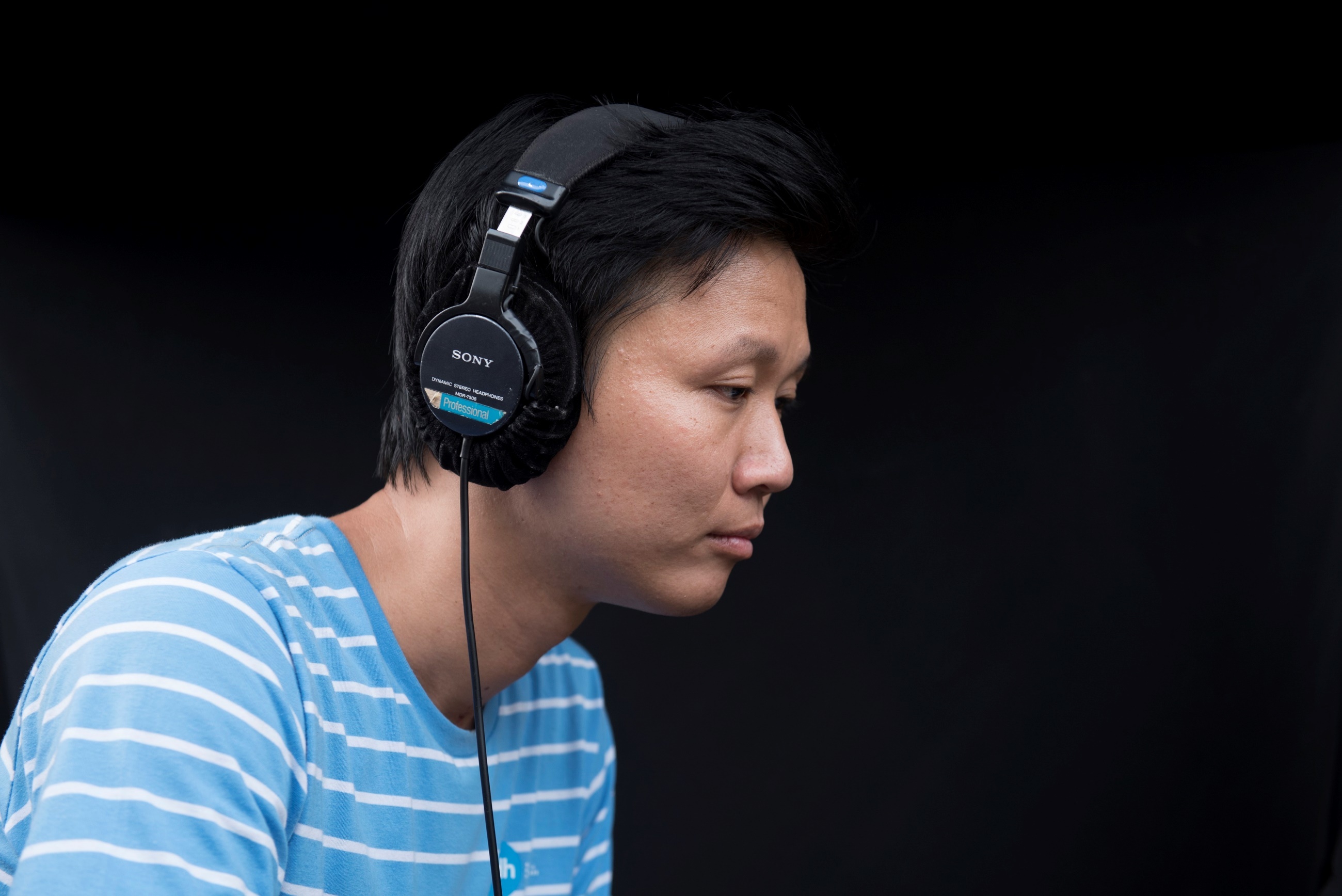 Are there any other movie genres that you would like to explore?
I’d like to create something thrilling for the audience even if there’s no ghost involved.

What’s the key to a successful movie?
I would say “thinking a lot.” At GDH 559, Jira always says that the cheapest yet hardest investment to make [in making a film] is taking the time to write a movie script. To make a good movie, you need to start with a good script. It won’t turn out well if the script isn’t well-prepared, no matter how hard you try. The more you think things through, the fewer mistakes you make. The longer you spend working on the script, the clearer the picture that you have.