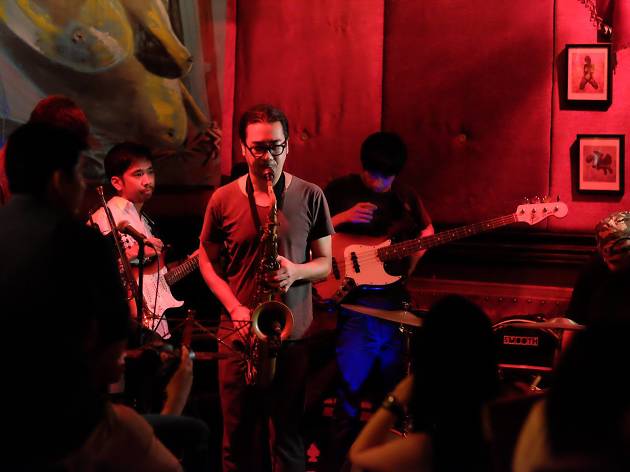 The best jazz venues in Bangkok

We’ve rounded up the best jazz venues in the city, so you’ll know where to go to embrace those rainy day blues 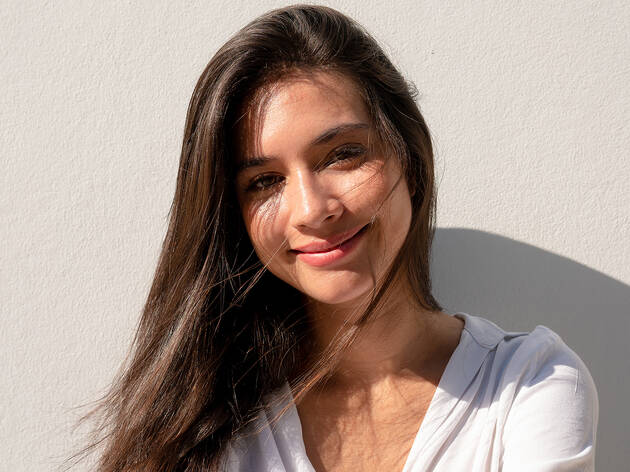 What’s the deal with… Valentina Ploy 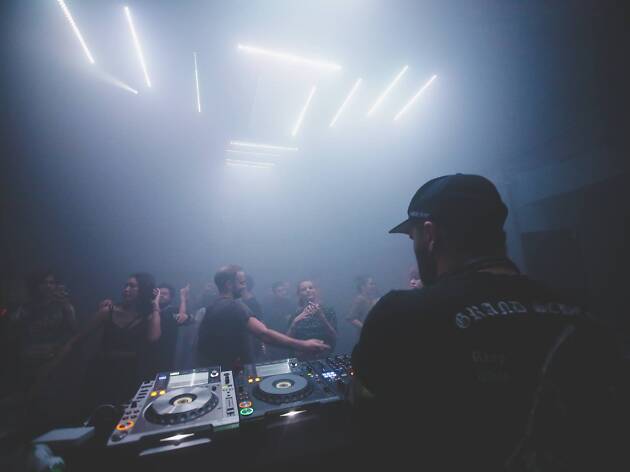 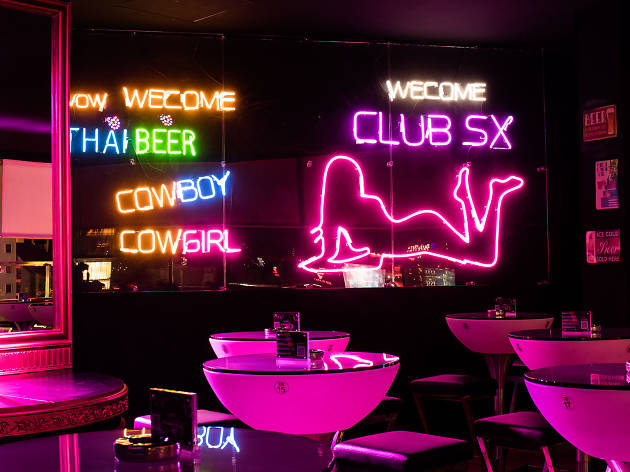 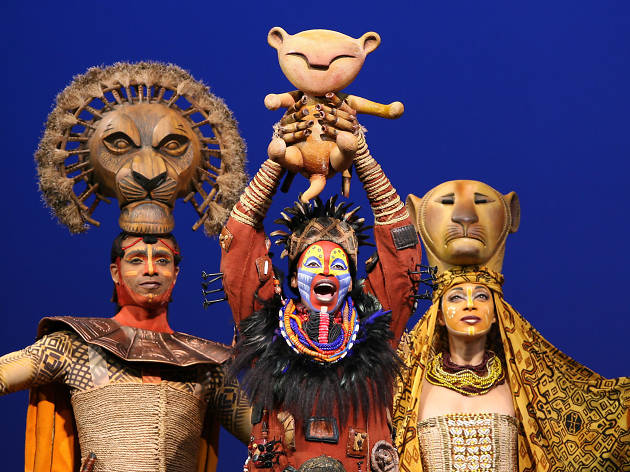 BEC-Tero has confirmed that it’s bringing The Lion King, one of the world’s most famous musicals, to Bangkok this September

Concerts and music festivals in Bangkok 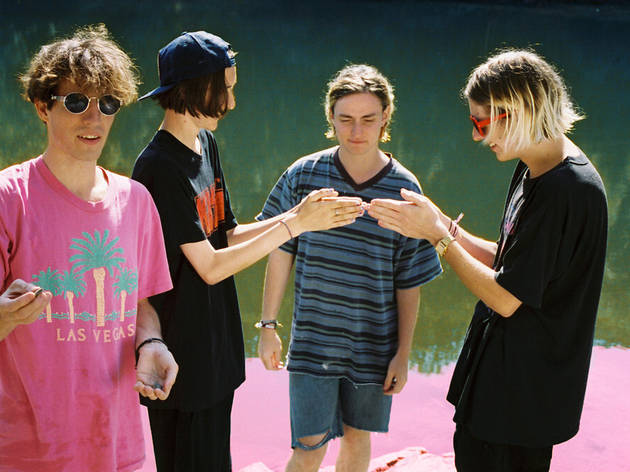 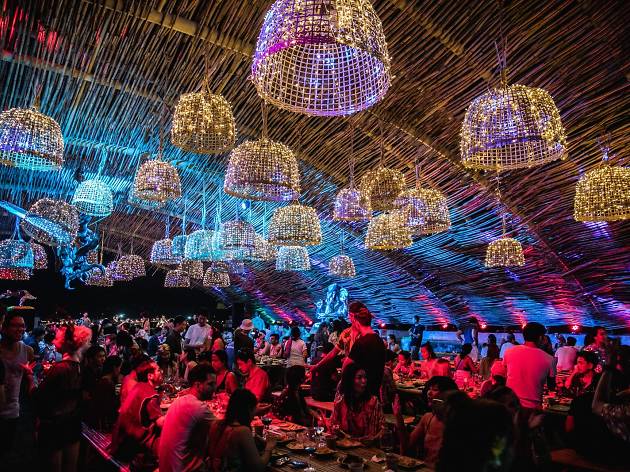 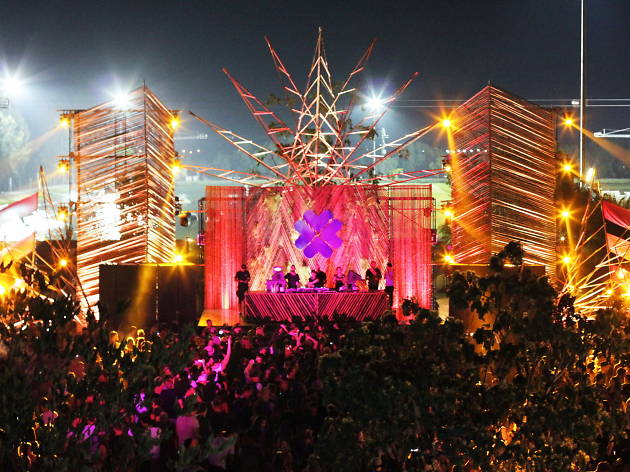 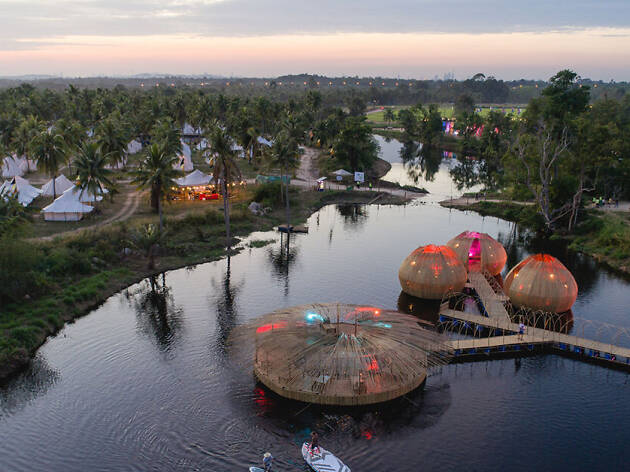 Places to dance in Bangkok 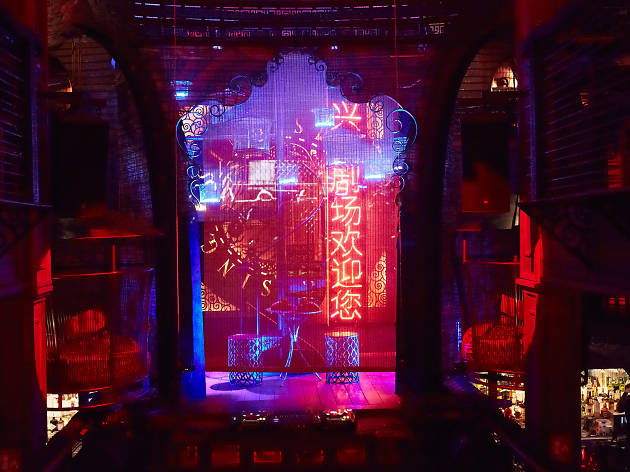 After wielding design magic on Maggie Choo’s and Iron Fairies, Australian designer Ashley Sutton is back with Sing Sing Theater. Decorated with metalwork, wood, lanterns and neon lights, the place combines inspirations from Shanghai in the 1930s with futuristic Blade Runner-esque elements. The dance floor on the first floor is the heart of the place and is sometimes used as a stage for many a gimmicky performance. The balcony on the second floor is the best spot for looking over and enjoying the shows. The drinks list includes specials like the Cabinet Escape, a gin-based cocktail served in a birdcage (interesting) and Bank in Lemon, another gin-based drink. The music is always pumping and include house, hip-hop, hit songs, and live music. 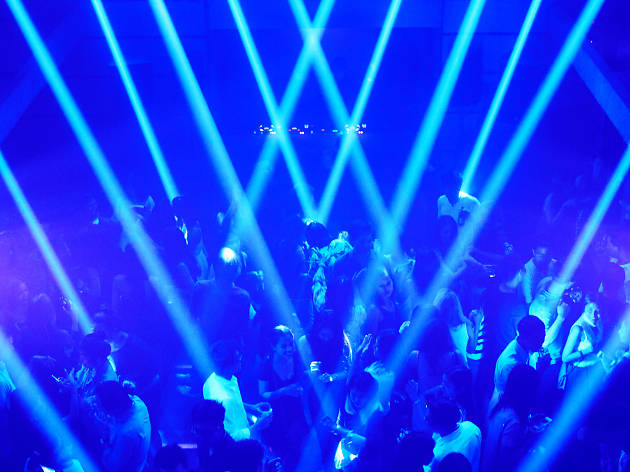 Thonglor’s latest luxury nightclub is ready to entertain you and your posse with its cutting-edge beats and mind-boggling visuals. Set in a revamped warehouse, Beam is a two-story venue that features different music genres on each level. International DJs usually pump up the crowd with crazy beats on the second floor, while local spinners entertain with more relaxing beats on the ground floor. A bar doles out a variety of booze on both levels. Experimental cocktails include the Back Burner (Evan Williams Bourbon, Thai chili, cinnamon, honey), Black Rain (Kakubin whisky, ginger, Japanese black sugar) , and a selection of Champagnes from Moet Mini to Ace of Spades. 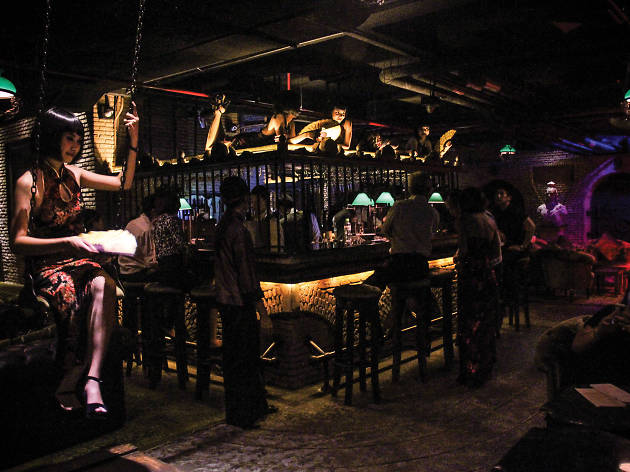 When the concept of the secret speakeasy bar keep on rising in Bangkok, Australian designer who was behind many concept bars in Bangkok (Iron Fairies and Clouds) Ashley Sutton takes it to the next level. This Shanghai 1950s-inspired bar is located on the lower ground floor of Novotel Silom with the ‘set-up’ Chinese restaurant in front to keep the speakeasy mood. Here the elegant element from New York gentleman club style got mashes up with chinoiserie hint of lighting, sculpture and altogether with ladies in Qipao welcoming you. Drinks side comes courtesy of Bangkok’s celebrity mixologist Joseph Boroski offering fancy choices with local fresh ingredient. Entertainment is also quite variety as you can expect DJ performs beaty tunes from hip hop, funk and old school r n’b to live band doing jazz and blues. If you have friends visiting, here’s an all in one place you can always rely on. 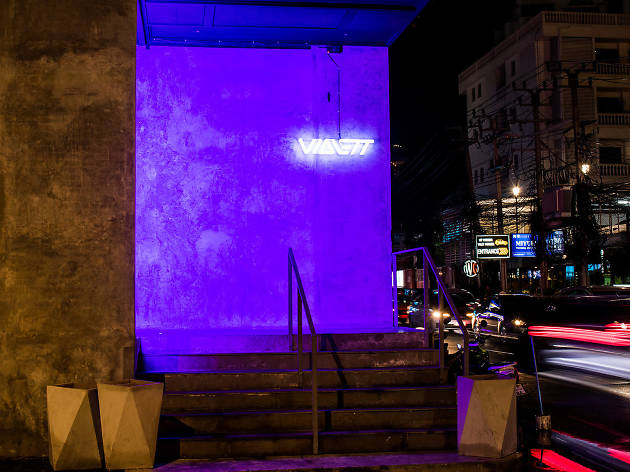 First it was BEAM. Now there’s Violett. The Thonglor dance scene has officially been revived. Party lovers from various backgrounds have gotten together to create this new nightclub in the heart of Bangkok’s party district. Named after the last—and possibly most mysterious—shade in the color spectrum, Violett beguiles Thonglor club rats with neon-lit vibes inspired by the underground clubs in Europe—Berlin, to be precise. We’re talking a discreet entrance, raw cement walls, and state-of-the-art lighting that’s been manually improvised by a visual designer. The music at Violett revolves around techno (Wed and Fri) and hip-hop (Thu, Sat and Sun). The club is very selective about the DJs they bring in so expect to dance to beats from top names like techno queen Nakadia, Kolour’s Coran, and the Soi Dogs duo. Drinks-wise, Violett has some Insta-worthy signature slingshots. Jelly Fish (B280) is a mix of triple sec, orange and blue curaçao, amaretto, Baileys Irish Cream and absinthe, while Suicide Bomber (B280) is a vodka-based cocktail with Malibu rum, amaretto, curaçao and Baileys Irish Cream. If you don’t fancy shots, opt for a cocktail like Nebular 272 (B340), an absinthe-topped blend of vodka, triple sec, passion fruit juice and lime juice. 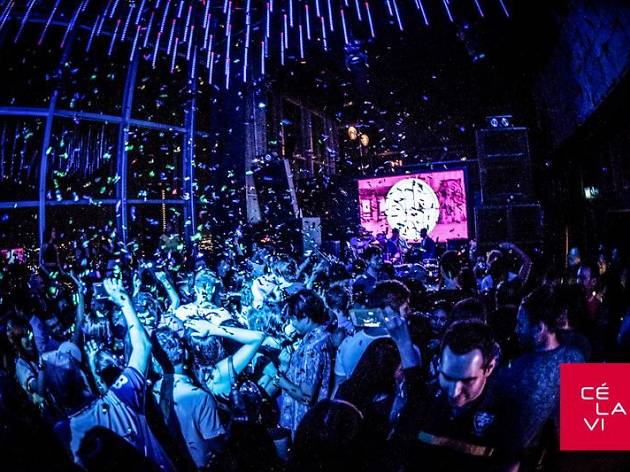 The Bangkok outpost of a giant club chain takes over the two top floors of a fancy office building and features a restaurant, lounge, bar and a massive dance floor. 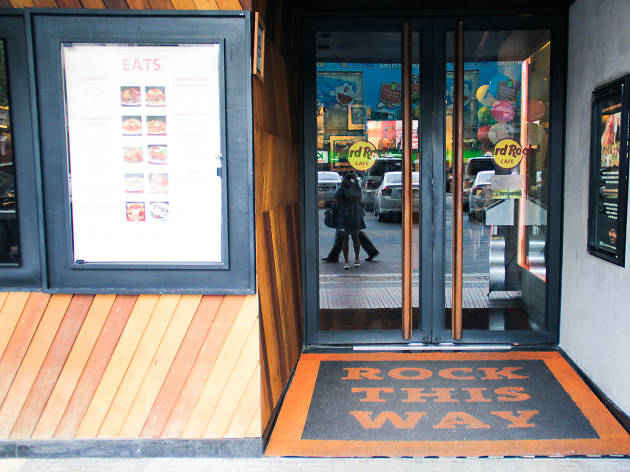 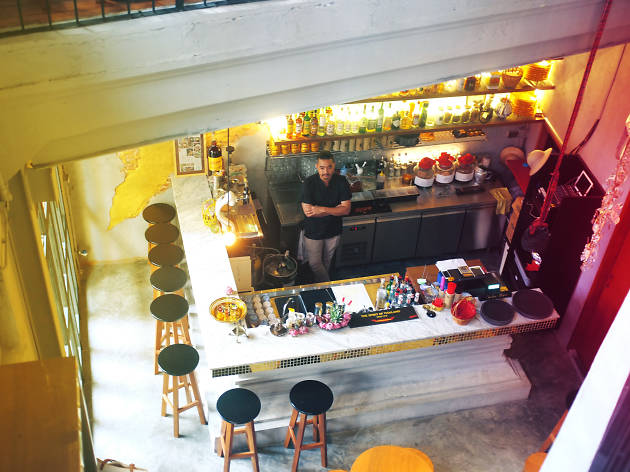 A tapas bar and restaurant that screams Thai. 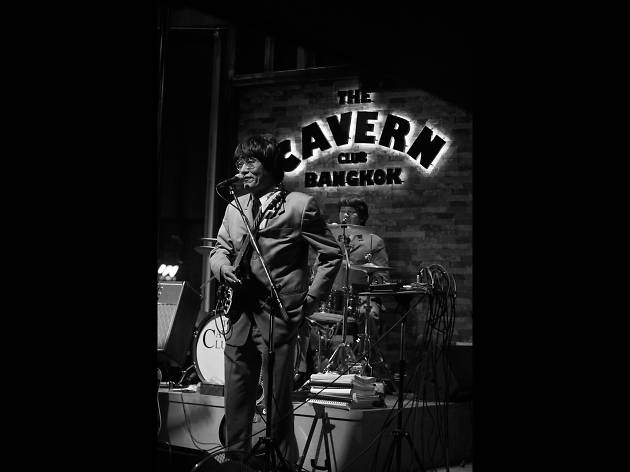 The Beatles tribute band at weekends. 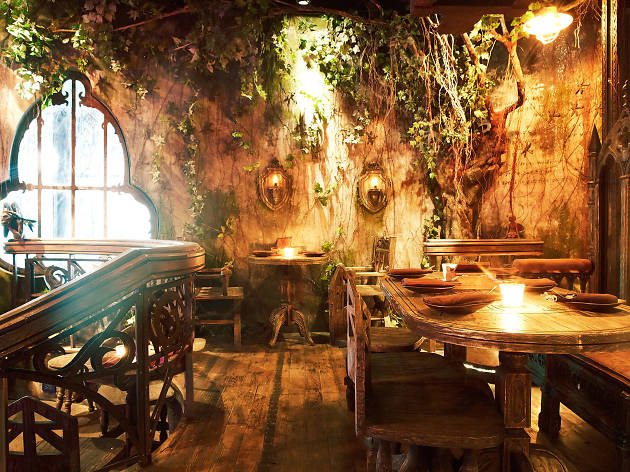 A heavily jazz-inspired venue with live performances followed by a DJ set every night.