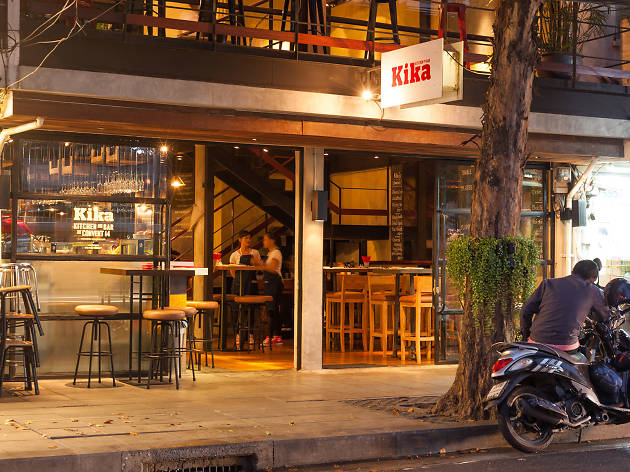 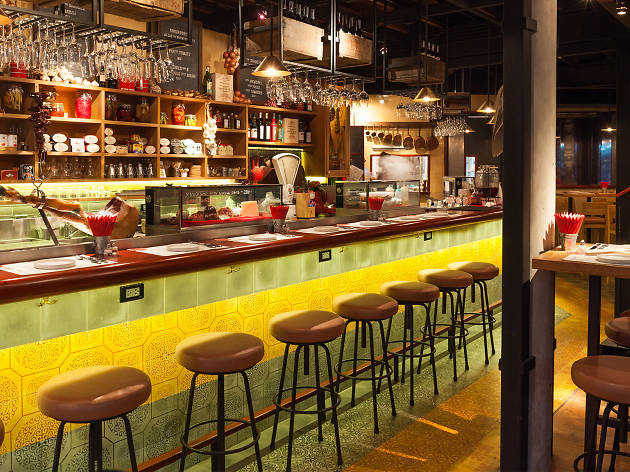 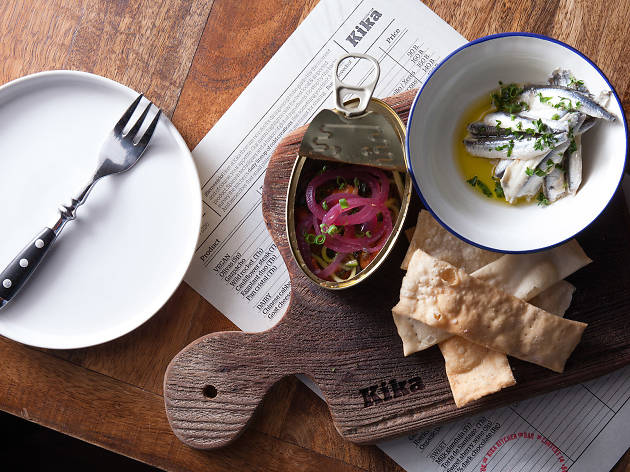 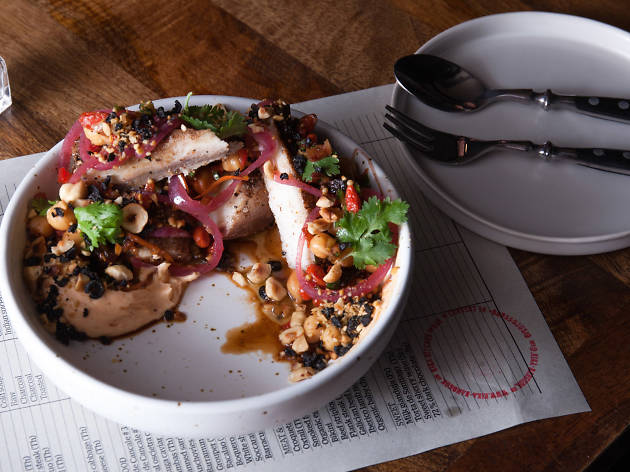 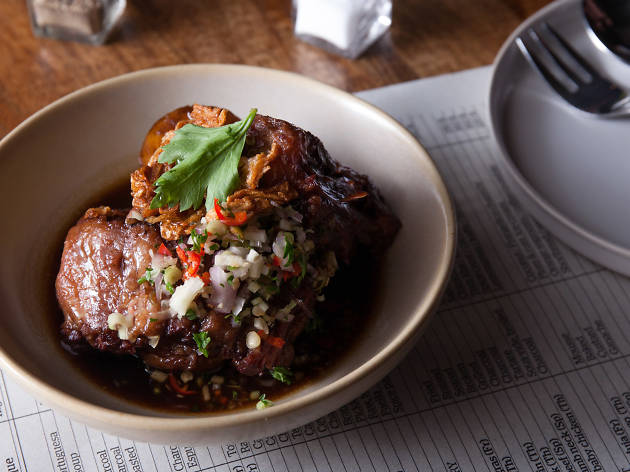 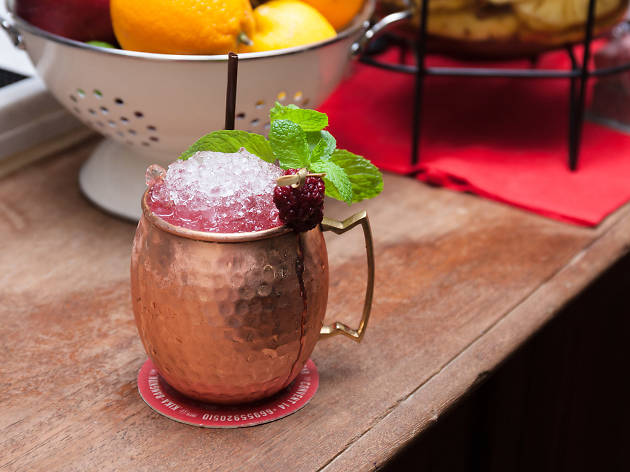 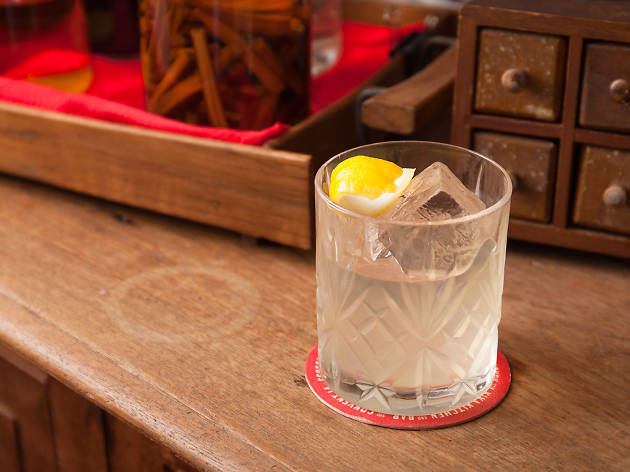 Spanish director Pedro Almodóvar’s controversial film Kika was a big hit in the ’90s. Its absurd treatment of comedy involved a chaotic storyline, flamboyant costumes and oh-so-trashy moments, elements that endeared the film to audiences in Spain and beyond.

When we heard that Julien Lavigne, the French mastermind behind Oskar Bistro on Sukhumvit Soi 11, was opening a restaurant of the same name, we expected a quirky place serving gimmick-heavy fare that require an acquired taste. As it turns out, Lavigne’s version of Kika is stripped off controversial notoriety; the kitchen, instead, offers delicious, comforting Spanish bites that would appeal to most food lovers.

Located opposite Saint Joseph Convent School in Silom, Kika follows the similar path paved by other tapas bars in town. Interiors studded with rustic, wood-heavy details are anchored by a counter bar decorated with patterned Moorish tiles. Here, a team of cooks prepare cold dishes in front of diners against a backdrop of colorful canned produce and jars storing fermented veggies. One floor up is a space that offers more privacy but still retains a fun vibe courtesy of a modest-sized cocktail bar.

A six-day gastronomic trip, during which Lavigne and his friends ate their way through Madrid and Barcelona, inspired Kika’s tapas-style plates. Jettisoning authenticity credentials, the eatery puts its own spin into Spanish delicacies by injecting culinary influences from the entire Mediterranean stretch and even touches of fiery Thai flavors into its dishes. Lavigne teams up with Argentinian chef Joel Bonino—who spent time in the kitchen of one Michelin-starred Pollen Street Social in London—to spice up locally-sourced vegetables from Chiang Mai and seafood from Pla Organic, the country's only sustainable-friendly fishery.

The menu comprehensively lists down the components of each dish, the star ingredients and their countries of origin, as well as the cooking methods employed. Highlights include a briny boquerones (pickled white Spanish sardines) combined with escalivada, the Catalonian version of ratatouille (B190), and spice-rubbed slabs of barracuda pastrami mixed into a crunchy chick pea salad with tangy Sriracha mayo (B310). Daily specials are scribbled on a chalkboard; if you’re lucky, you can catch their dish of tender tuna belly chunks in super-fragrant olive oil (B590).

The wine is reasonably priced, but if you’re feeling adventurous, have a go at one of the flavorful cocktails created by Carson Quinn (who’s also responsible for the concoctions at Quince). We recommend the aromatic White Negroni, a drink that’s infused with pineapple and sandalwood (B270) or Kika’s twist on Moscow Mule, which mixes vodka with blueberry flavors (B270).