A new chapter has been unveiled at Le Normandie. The institutional fine-dining restaurant at the Mandarin Oriental Bangkok has introduced some of the biggest changes in its 60-year history, starting with the arrival of Alain Roux, the famed chef behind the three-Michelin-starred The Waterside Inn in the UK.

The news that Roux is taking over Le Normandie’s kitchens sent waves across the city’s fine-dining scene and had gourmands anticipating what direction Le Normandie would move towards.

The new era of Alain Roux has rendered all-around changes to the two-Michelin-starred French restaurant. For one, the chef’s name has been attached to that of the dining room. The serving style is now less formal and the menu has taken on a more classic route.

Accompanying Roux to Bangkok are his skillful comrades, including a manager, a wait staff and Phil Hickman, who will act as head chef. Roux and Hickman have worked together on redesigning Le Normandie’s menus for both lunch and dinner, which consist of three and nine courses, respectively.

The three-course lunch (B3,400++) gives a glimpse of what Le Normandie’s new dawn tastes like. Starting off the meal are a two-bite canape, a signature brioche and an amuse bouche of oyster served with refreshing cucumber jelly. Following closely is a delectable sourdough bread served with imported French butter and salt from Nan province.

The first course is Smooth Parmesan Cream, a deliciously moreish bite served with an almond puff. This course showcases the British chef’s baking skills, which was how he got his start in the culinary world.

The menu offers two options for mains: Pan-Fried Veal Medallions or Pan-Fried Red Mullet. We went with the beef, and were highly impressed with the perfectly-cooked cheek meat, and the white wine jus and croquette-like head-meat patty with hollandaise sauce that came with it.

Dessert is a coconut sorbet with white chocolate and pineapple, but keep an eye out for the cheese cart, which has over 20 types of quality French cheeses.

Recruiting a respected international personality like Alain Roux is a completely new undertaking for Le Normandie, and one that, we’re sure, will bring the restaurant’s reputation to greater heights. 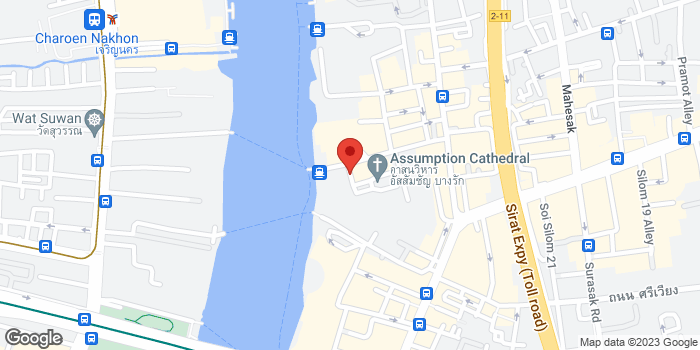