Born in early 2015 as a pioneering project in Cascais, the culture was its main focus. It’s a cluster of 16 museums and two urban parks, most of them within walking distance, that you can explore during your stay in Cascais. Here you can appreciate artworks of the arising artist from Portugal and uncover the history of the city. The aim is not only to nourish the love for the arts but also for the pleasure of life. Time Out shows you the way.

Lose yourself in the Museum Quarter 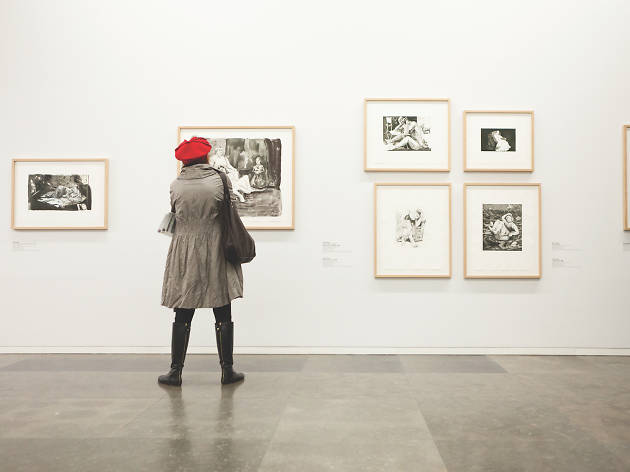 This building designed by prizewinning Portuguese architect Eduardo Souto de Moura is the jewel in the crown of the Bairro dos Museus in Cascais, a ‘Museum District’ created to generate synergies between 12 local institutions. It stages two temporary exhibitions a year but 22 paintings and 29 drawings by Rego, one of Portugal’s bestknown artists are permanently on display; among highlights are Centaur (1964) and Angel (1998). 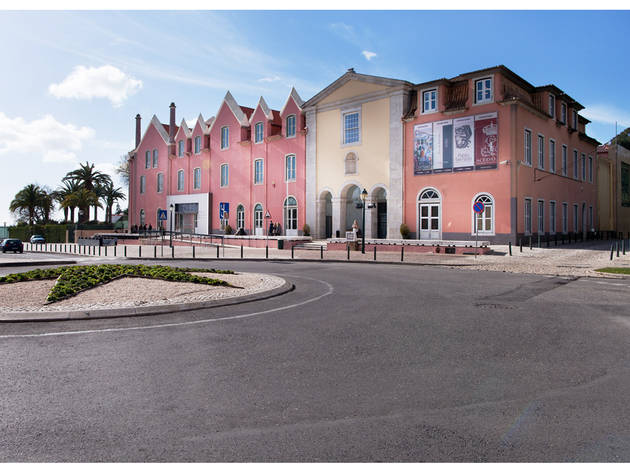 In its first incarnation, the building currently housing the Cascais Cultural Centre (CCC) was a convent, occupied by the Order of the Barefoot Carmelites from 1641 to 1834. It then became the summer palace of the Gandarinha Viscount, was sold in the 20th century and, in 1977, it was acquired by the Cascais City Hall, and converted into the CCC in 2000. The Centre hosts several exhibitions throughout the year in its three floors, both by Portuguese and foreign artists. There are also concerts and a patio where other events are held. Beyond temporary exhibitions, you can always find on display works from the collection of the D.Luís Foundation, which is in charge of the CCC’s program. These works include paintings, sculptures and installations - go up to the second floor to check them out. As part of the 2018 Cascais European Youth Capital, there is a series of eight temporary exhibitions by eight young Portuguese artists, called “oitoxoito”. 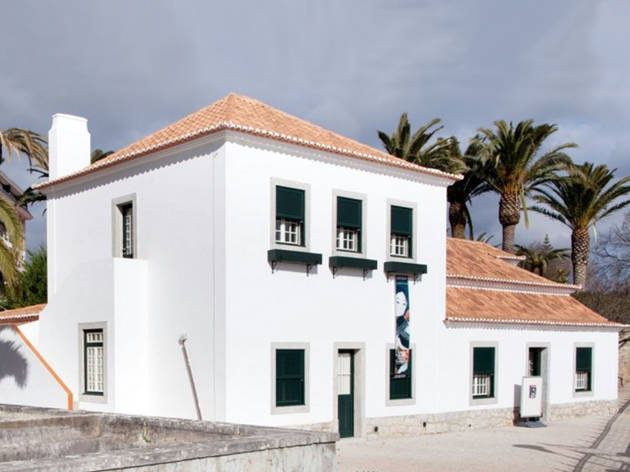 The current Duarte Pinto Coelho House occupies the former House of the Guards of the Castro Guimarães Counts Palace - what a great life aristocrats used to have. Nowadays, it displays the collections of famed interior decorator Duarte Pinto Coelho, a “cascaense” who lived a large part of his life in Madrid. This is also the home of the Earl of Barcelona Chair of the Dukes of Soria Science and Hispanic Culture Foundation in Portugal. You can visit the temporary exhibition, until Janurary next year, on “Liturgical Vestments”, with clergy clothing from the 16th to the 20th century: stoles, chasubles, body pouches and more, in materials such as gold, satin or silk. 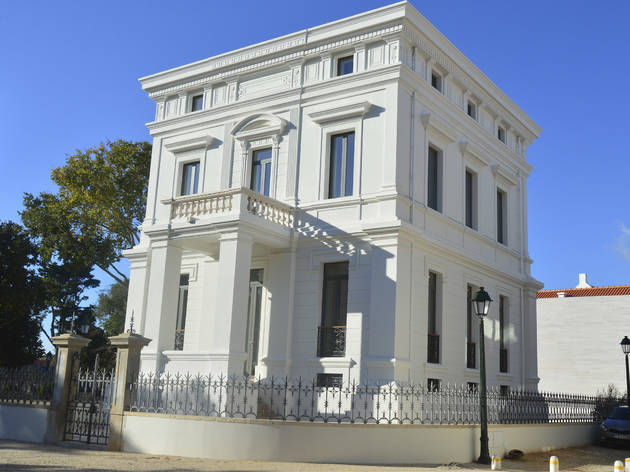 If you are researching Cascais, this is the place to come. Here is not only the Municipal Historic Archive but also the Cascais Municipal Library, which keeps copies of all books published or supported by the town council. The house was built in the late 19th century by Henrique Sommer and then inherited by his children. It has three floors, which recently underwent a full renovation. The new building was inaugurated in late 2016. From top to bottom, here is what you will find: the top floor holds part of the archive, where you can learn about the 650-year history of the town; there’s an area for reading, in which sits the old work desk of Branquinho da Fonseca (1905-1974), widely considered the father of Portugal’s mobile libraries. In the middle floor you will currently find a temporary exhibition named “Associations with History 1886-1974”, about 56 local organizations; and on the ground floor is the town library. 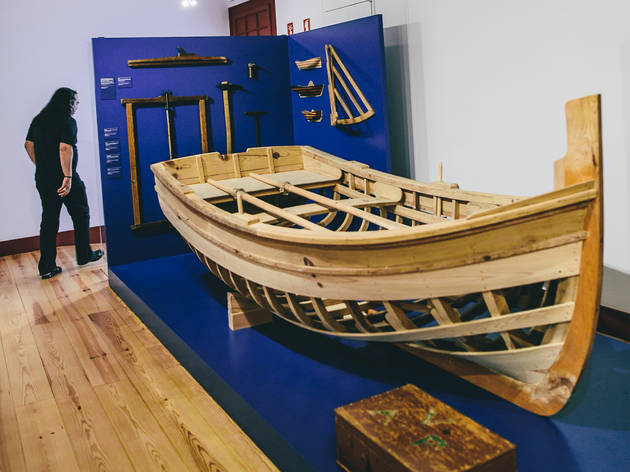 Born in 1992, the museum went through several stages until reaching its present form: an institution dedicated both to preserving the stories of the local fishing community and to the study of several themes related to the sea. This interest in oceanography began back in the 19th century with King D. Carlos, as the museum itself reveals. Each room deals with a different subject. Here you may learn more about life on the open ocean, with depictions of whales, sharks and other impressive species. You will also learn the history of fishing in Cascais through the costumes, ships and stories of fishermen; and there’s something as well about the location of Cascais in the shipwreck routes, from which several interesting objects were gathered. The museum building functioned for several years as the headquarters of the Sporting Clube de Cascais. 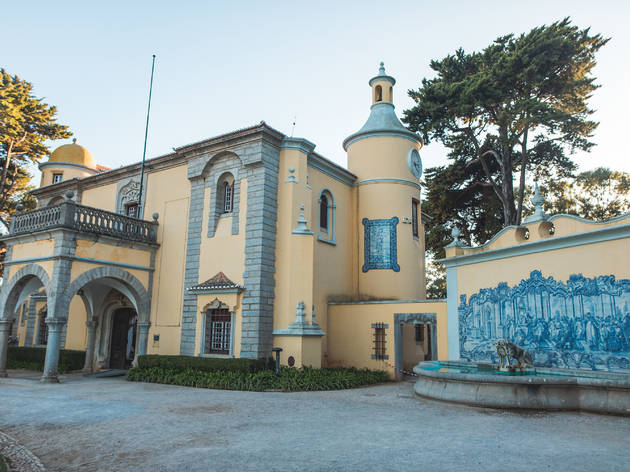 The oldest museum in Cascais, operating in the former São Sebastião Tower, a stylistic mish-mash built by aristocrat Jorge O’Neill (who was also behind the construction of the House of Santa Maria and the Museum of Portuguese Music building). It was sold in 1910 to the Castro Guimarães counts, who lived there until 1927; this is the era portrayed in a trip to the museum. There is a music room with an incredible pipe organ; a dining room filled with porcelain and silverware; the count’s library with a valuable Chronicle of King D. Afonso Henriques by historian Duarte Galvão, written in 1505; the personal effects of the countess; the counts’ room; and their armoires, which had a room of their own. The museum is located inside the Marechal Carmona Park, so you can see both in just one trip. 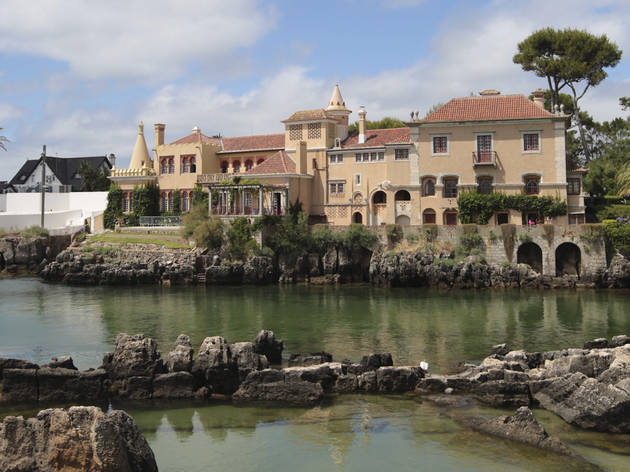 Santa Marta cove, right next to the Cascais Marina, is one of the most romantic spots in town. There lies, since the early 1900s, a house that is just as romantic. Designed by Raul Lino - who did a lot of work in Cascais -, it is known as the House of Santa Maria, and it is probably one of Cascais’s most photographed buildings. A private home for almost 100 years, it changed hands from one owner to the next until it was acquired by the Cascais City Hall, who decided to open it to the public. Walking around the house you will find several tile panels - the most significant of which are by António de Oliveira Bernardes (1662-1732), of the National Baroque period -, two amazing balconies with beanbag chairs where you can sit and enjoy the view, a chapel, a kitchen and a salon - the old furniture is long gone, but the beauty remains. 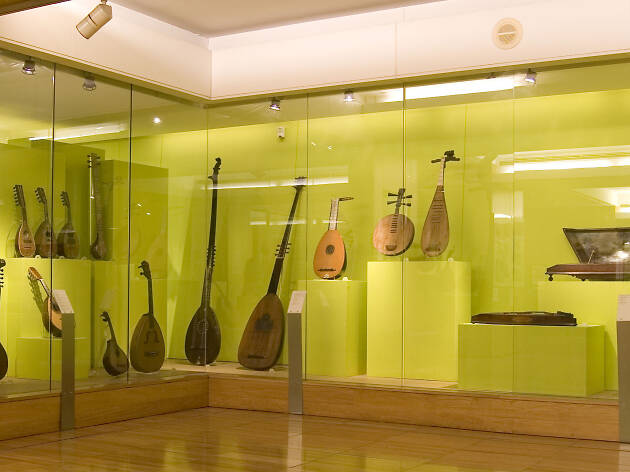 “Terceirense” viola, “micaelense” viola, Portuguese mandolin, harmonium, castanets, “adufe” tambourine... we could go on and on with a list of Portuguese musical instruments, and almost certainly there would be one of each in the Museum of Portuguese Music - Casa Verdades Faria. Here are the estates of two major figures ain Portuguese culture, Michel Giacometti and Fernando Lopes-Graça, along with the personal collection of conductor Álvaro Cassuto. The building was designed by Raul Lino; there’s also a pleasant garden, free of charge, where you can catch some fresh air on sunny days.

Portugal did not take part in the II World War, but Cascais and Estoril played a passive role in it. The region was the exile destination for kings and aristocrats, and a crossroads for spies. Part of what happened in those years is portrayed in pictures and documents on display in this museum, located on the second floor of the Estoril Post Office. 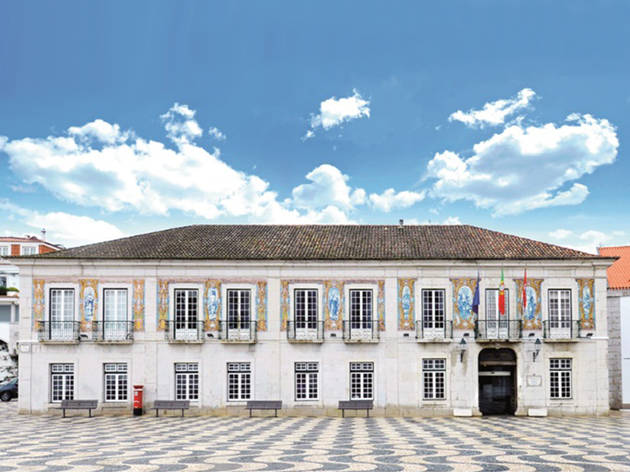 Any trip to Cascais should include the “Museu da Vila”, a small, free admission museum narrating the history of the town. It tells stories of the people who inhabited the area before the birth of Portugal (pre-12th century), of the birth of Cascais and the significance of its coat of arms, of the importance of fishing and agriculture, of life after the Lisbon earthquake of 1755 and of the years when it became the Portuguese Riviera. An interesting trip with some interactive moments.

If you are interested in the arts, you absolutely have to make a trip to the Citadel Art District, where you can find galleries, art studios and a project room where artists display their works. Art fills the entire compound, from the rooms to the corridors of the Pestana Cidadela Cascais Hotel, and there are constantly new exhibition openings. Come visit and discover this cultural movement.

Visits only by appointment; this is a documentation centre specialized in Medicine and Art History, based on the archive and library of professors Reynaldo dos Santos and Maria de Sousa; it also contains part of the Irene Quilhó archive, which includes, for instance, studies on goldsmithing.