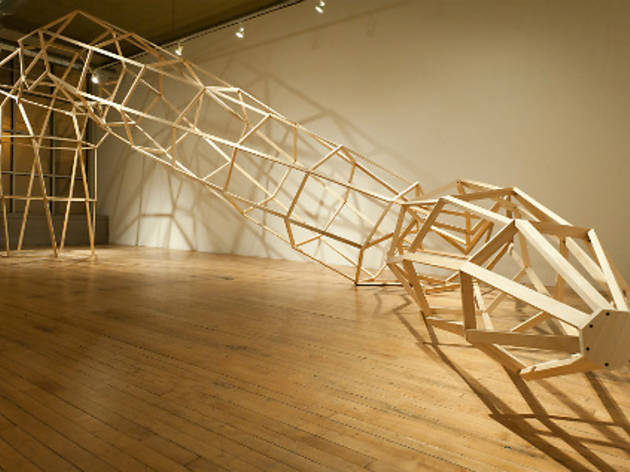 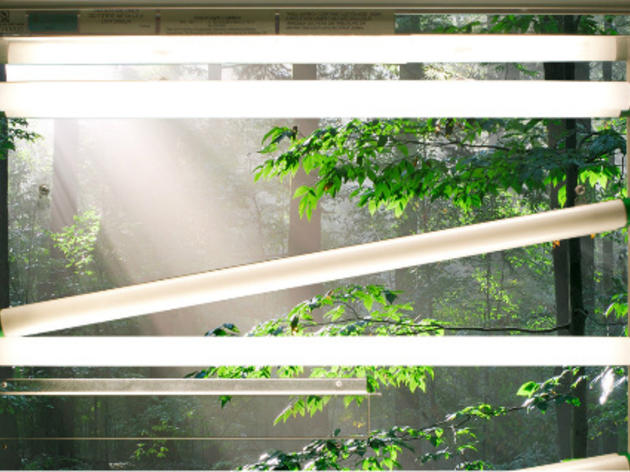 2/9
Photograph: Courtesy of the MissionJeroen Nelemans, The more I see the less I grasp (detail), 2011, from "Superstructures" at the Mission. 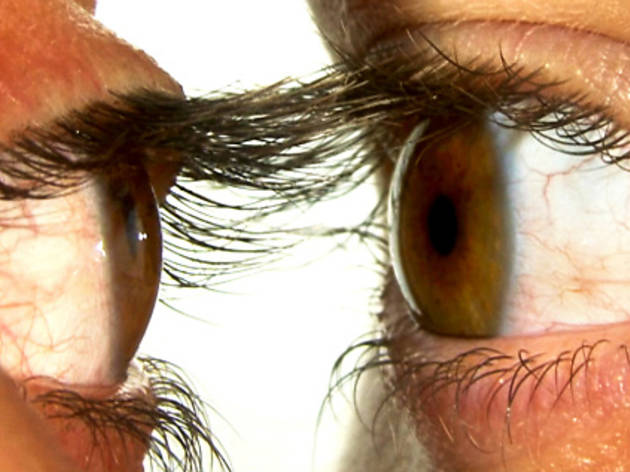 3/9
Photograph: Courtesy of the MissionCasilda Sanchez, As Inside As the Eye Can See, 2009, from "Overkill" at the Mission, September 2011. 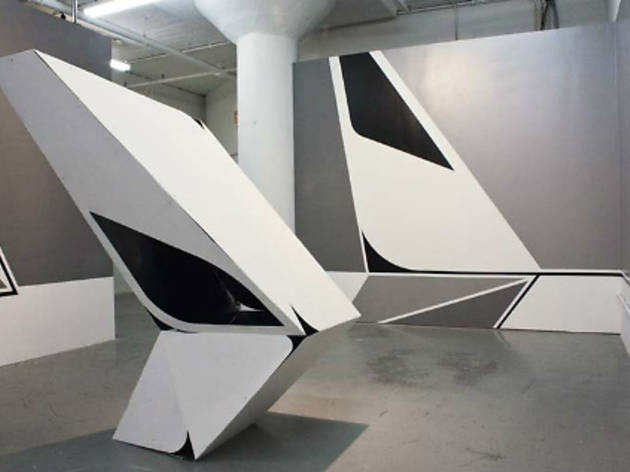 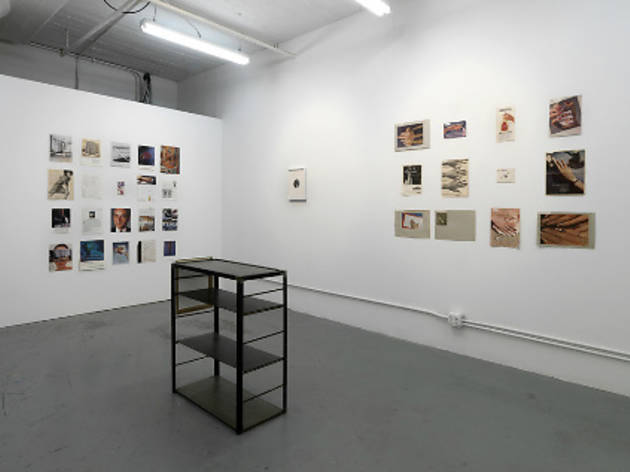 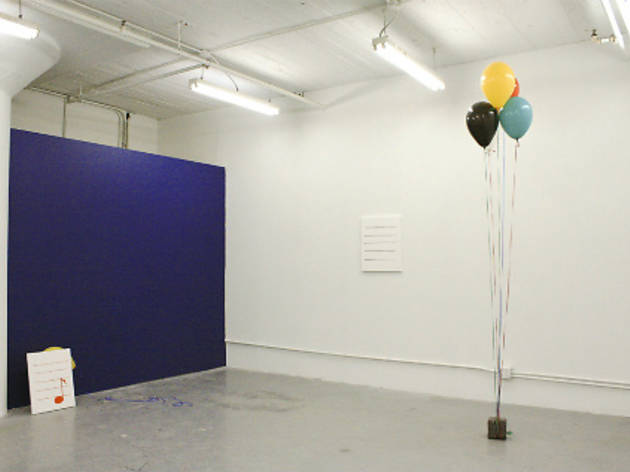 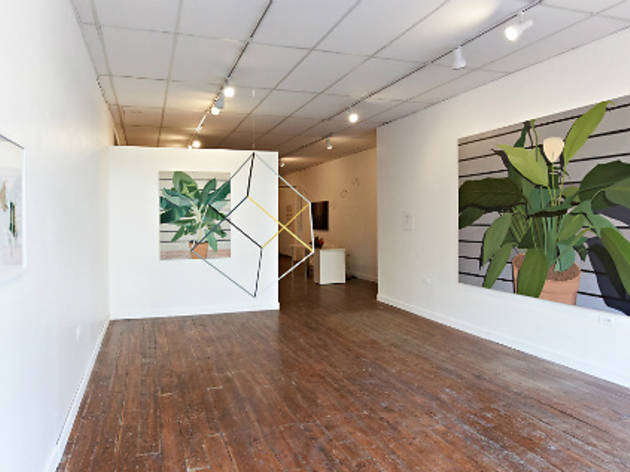 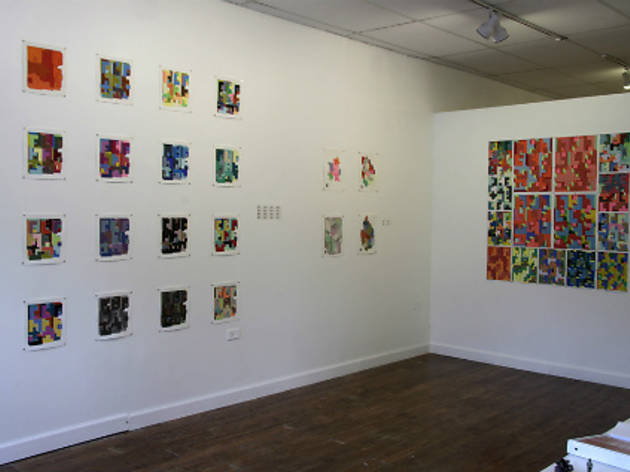 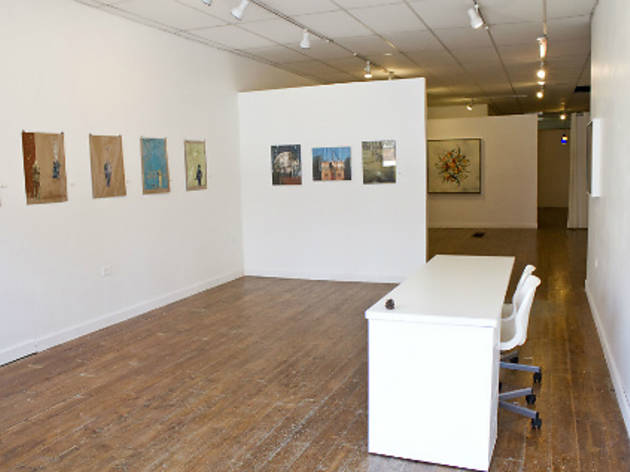 We should pour out a PBR for the West Loop’s late, lamented gallery-bookshop Golden Age, which closed in November. Yet 2011 was the first year since the recession that Chicago didn’t hemorrhage exhibition spaces. Moreover, the city gained some venues that are notable for their generous visions of what a commercial gallery can do and be. Here are three spaces I’m excited to watch in 2012:

Alderman Exhibitions (1138 W Randolph St, second floor, 312-208-9001).
“In the last year, we worked with everyone from fine artists to architects to designers,” Ellen Hartwell Alderman recently told me by phone, “but I do think there are some similarities. I’m interested in a kind of work that’s not necessarily always so beautiful.”

The founder of Alderman Exhibitions, which opened last January, realized she wanted to run her own gallery in 2008, as she pursued her master’s degree at SAIC and oversaw the school’s Student Union Galleries. “It was supposed to be only a 15-hour-a-week position,” she recalls. “I worked over 40 hours a week.” The contacts that Alderman made at SAIC and UIC, where she’s getting her Ph.D. in art history, shaped Alderman Exhibitions’ roster of avant-garde artists.

“A really big part of our mission is experimentation and pushing limits,” says Alderman, by day the Graham Foundation’s program coordinator. (She’s taking a leave of absence from UIC.) During the past year, she displayed unusual pieces such as young architects Stephen Coorlas and Dominic Peternel’s installation Calculated Aesthetic (pictured). The gallery enhances its shows with artists’ talks, lectures and readings. “It wouldn’t be worth running the gallery if we didn’t do the programming that we do,” Alderman says. “[It] allows people to see the work in a different way.”

Until recently, Alderman crammed the gallery’s many activities into 450 square feet of a space shared with her husband’s bike shop. Alderman Exhibitions’ new West Loop home is approximately double the size. It opens with a party February 24, where gallery artists' work will be for sale, and Robert Heishman and Brendan Meara’s film-in-progress Long Fuse will be screened.

Sabin cofounded Hinge with artist Gretel Garcia Cuba last June, a month after Sabin earned her master’s degree in arts management from Columbia College. (Cuba has since left the gallery.) As she installed Hinge’s current exhibition of gallery artists (pictured) a few weeks ago, Sabin explained that she hopes to support those who may have “their M.F.A., some success in their career, small museum shows, group shows, but haven’t worked a lot in the commercial world.”

Like Alderman Exhibitions, Hinge augments its shows with numerous special events, not all of which are the expected serious lectures. On February 11, artist Aaron Delehanty presents a Monster Movie Seminar. “Some people are intimidated by galleries, or are not sure what’s there for them,” says Sabin, the registrar at River North’s Perimeter Gallery. “They need some kind of invitation.”

According to Ferreyra, the Mission is determined to “break through these stereotypes of what Latin American art is.” Enough Frida Kahlo; this year, the gallery devotes shows to Buenos Aires–based contemporary artists Gustavo Diaz and Marcelo Grosman. “Some of [our] artists are midcareer in their countries of origin, but we think people will be really surprised by what they’re doing,” Ferreyra says. While artists from Venezuela, Argentina and Brazil tend to get the most exposure, Campos also sees “a lot of great artists” coming from Colombia and Peru. The duo promise that the Mission’s summer group show will introduce more up-and-coming talent from the region.

The gallery highlights Chicagoans as well, in exhibitions including the ongoing “Superstructures,” which features Susan Giles’s bravura sculpture Crumpled Spire (pictured, 2011). A new program, the Sub-Mission, invites local emerging artists to exhibit their work in the gallery’s basement. “I’m seeing the same evolution [here] that happened maybe 10 or 15 years ago in Houston,” says Ferreyra, predicting Chicago also will develop “a rich tradition of local collectors who take pride in collecting locally.”