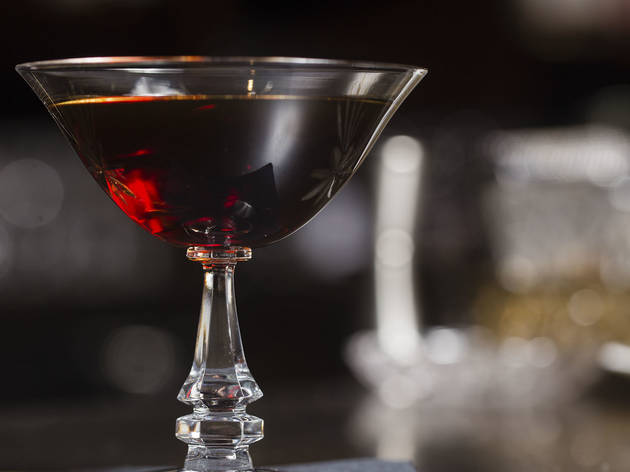 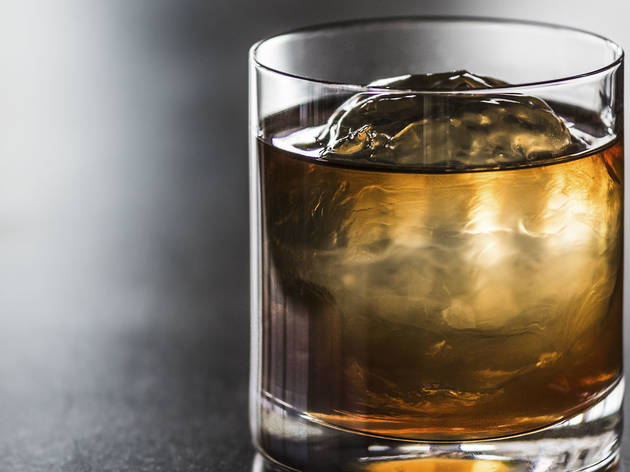 I love makeup. Sitting down at a vanity packed with tiny vials of powders, pigments and liquids to experiment with your look, well, there’s nothing quite like it. And afterward, you feel so glamorous. I’d be lying if I said this ritual happened every day, but when it does, it’s magical. It’s the same kind of magic I imagine Julia Momose, the head bartender at Annex and GreenRiver, feels when she looks at the array of tinctures and spirits behind the bar. And she should, because the drinks she comes up with are nothing short of enchanting.

When you sit down at Annex, you’re presented with a wooden box filled with cards that serve as the menu of seasonal cocktails, from easy sippers to spirit-heavy drinks. There’s an occasional curveball in the mix, but if you order 12 cocktails at once—as I was tempted to do—you should drink them according to the menu’s progression. Asking your bartender for their favorite will get you nowhere, because the answer is likely “all of them.” You should definitely order more than one—just pick a few that you’re interested in, starting at the front of the menu and ending at the back.

After much deliberation, I finally settled on the Chorus Girl to start. Each cocktail comes with a corresponding spice, and I’m a sucker for turmeric. I sucked this one down quicker than I should have, but it was just so easy to drink. That said, not everything on the menu goes down so easily. Take the Law-maker, with a sesame spice base, sherry oak Scotch whiskey and silver rum. It’s boozy, but not overpowering—think of it as a well-rounded Scotch drink, but smoother to sip than an old-fashioned.

The drinks come in pretty glasses without many frills—you’ll see a twist of lime garnish or a small carafe for the Antiphase (which my date fondly called “the cutest cocktail I’ve ever seen”), but for the most part, the drinks stand on their own. It’s the ingredients that stand out, like in the Disc Jockey—easily the oddest cocktail on the menu with a mix of gin and sherry.

The cocktails at Annex are so artfully assembled you’ll leave for the night making plans to come back. Complex flavor profiles surprise you at every sip, and each ingredient plays a major role in highlighting the rest of the drink. Like your makeup vanity, the menu at Annex has all the right ingredients to create a great finished product.

Atmosphere: I was expecting Annex to be dark, but before dusk the bar is sunny and warm. After sunset, the lights are yellow, making the transition easy. As for décor, the space is modern but comfortable, similar to GreenRiver. You could dress up or dress down, whatever suits you best.

What to eat: There’s a small menu from chef Aaron Lirette with oysters, pork pâté, olives, cheese and a few other items. Unlike GreenRiver, which boasts a wider meal selection, Annex is focused on the drinks.

What to drink: Order the Disc Jockey—it’s weird but definitely worth a try. On the lighter side, pick the Drama Queen with genever and Chinese five-spice. Other good picks include the Six Bit with sotol and aquavit turned into a nutty drink focused on dukkah, an Egyptian spice.

Where to sit: The bar is your best bet if you’re planning to try lots of drinks and watch the bartenders work their magic. The seats are comfortable enough to camp out at for a bit, but larger groups should retreat to the tables, which also boast a great view.