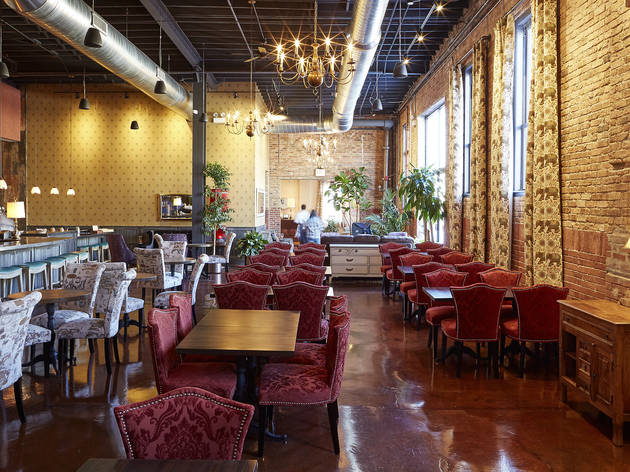 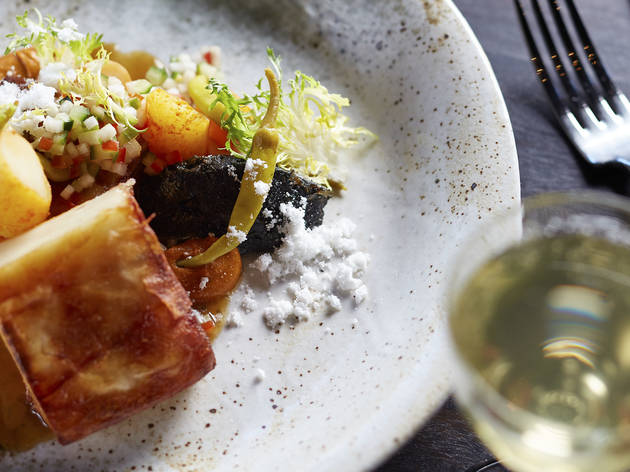 2/10
Photograph: Jason LittlePotato Dish at Band of Bohemia in Ravenswood 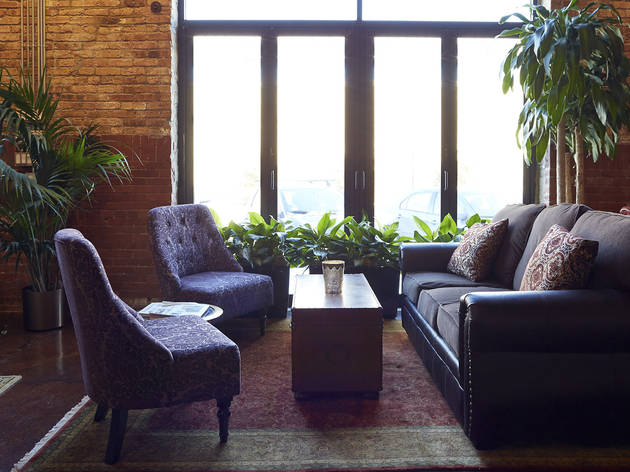 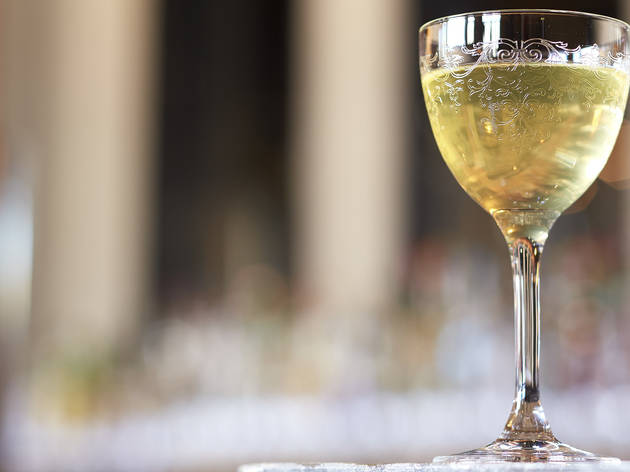 4/10
Photograph: Jason LittleMilk Punch at Band of Bohemia in Ravenswood 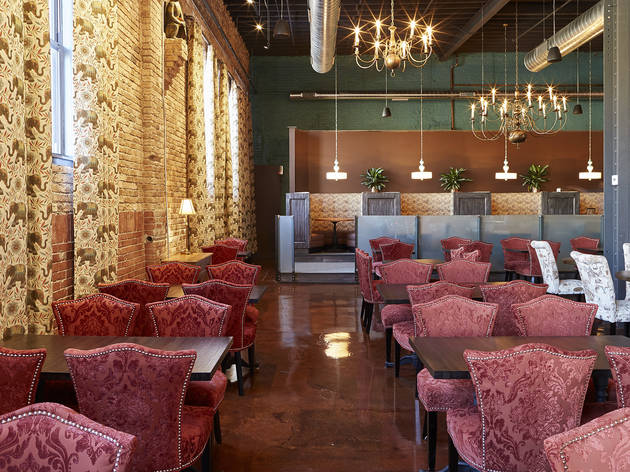 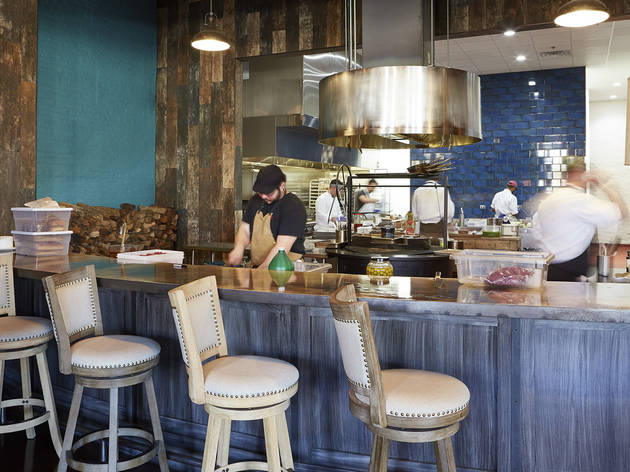 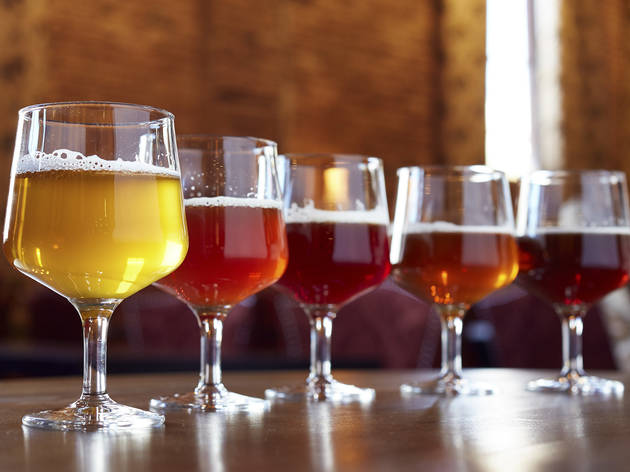 7/10
Photograph: Jason LittleBeer Flight at Band of Bohemia in Ravenswood 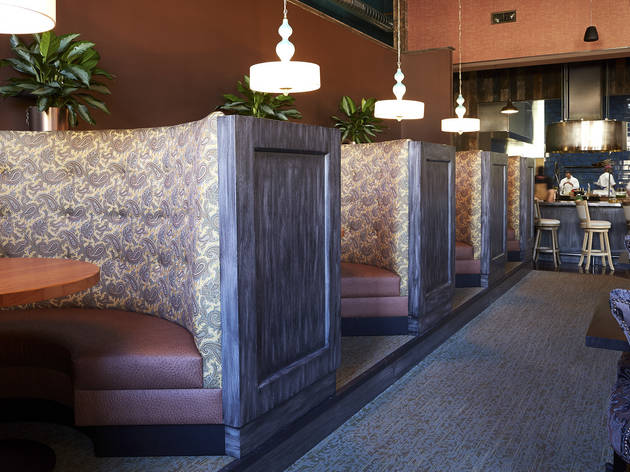 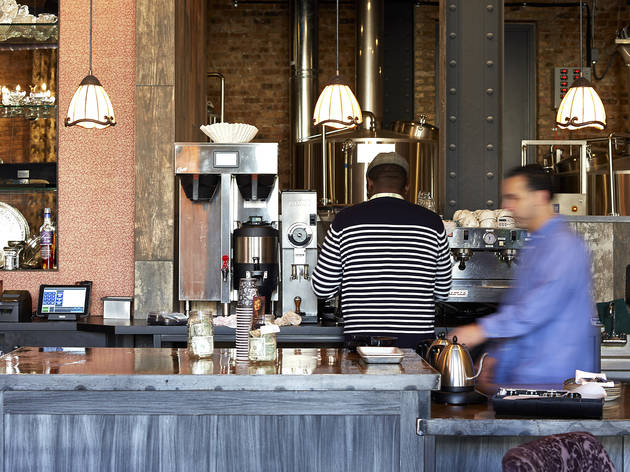 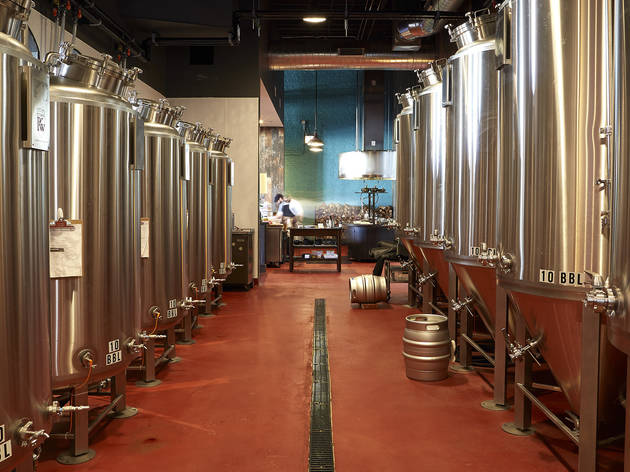 The Ravenswood bar redefines the brewpub

Occasionally I’ll drink wine at a cocktail bar or a cocktail at a beer bar, but for the most part, I stick with what each bar does best. That’s hard to do at Band of Bohemia, an innovative new brewpub from Alinea vets Craig Sindelar and Michael Carroll, because the cocktail and wine lists are incredibly thoughtful as well.

The beers, made with ingredients like beets and thyme, are Carroll’s purview (you can spy the tanks through a window behind the bar), while Sindelar pours well-selected wines and Carlos Matias III (Dusek’s) serves exceptional cocktails. It’s hard to decide where to start, though any of the warm and capable bar staff and servers can point you in the right direction.

Since you’ll likely be sampling a couple different things, here’s more good news—the food, from Matt DuBois (EL Ideas, Inovasi) and Kevin McMullen (The Brixton), features ingenious combinations of ingredients and is well-executed across the board. The menu is divided based on beer pairings, and $3-$4 samples of beers are available. So that means you can, and should, pair spicy, tender prawns and carrot kimchi with orange chicory rye ale, or the tender potato cake accented by romesco and piparras with savory grilled apple tarragon beer. Even desserts, like spongy almond cake with caramel, have suggested beer pairings; here it’s a nutty basmati and maitake brew.

Band of Bohemia sells tickets through Tock (unsurprising, given the Alinea connection), but while you can book the chef’s table or prix fixe menus that way, you can also reserve a spot for $10 a person, which is deducted from the final bill. It’s also easy to just walk in, though I’d go soon, before it’s hard to get seats. While Band of Bohemia is already polished, I get the sense that this band is just tuning up.

Atmosphere: You enter Band of Bohemia through a canary yellow door, a warm welcome. It’s a huge, industrial space, but design elements like a curved bar, elephant-printed curtains and wall panels help fill it out and add softness and warmth.

What to drink: Oh, where to start? This is a brewpub, after all, and the beers are available in full pours or tasters. Try the dry, warming orange chicory rye or herbal grilled apple tarragon to start. Each dish on the menu lists the best beer pairing, so you can continue to drink brews throughout the meal.

On the cocktail side, Guanynin Milk Punch is a peppery milk punch with gently bitter tea-infused gin. Pierniczki Blossom, anchored by vodka infused with warm spices and elderflower, is the rare floral vodka cocktail that fits the season.

The wine list tops out at $60 a bottle for whites and $84 for reds, but most are less than that. I received a mid-meal pairing of fino sherry, traditionally an aperitif to start the evening, to go with the Spanish-inflected potato dish.

By day, Band of Bohemia is a coffeehouse, with offerings like orange-chili cold brew and rosemary lemon espresso with juniper soda from Tom Santelle, another Alinea guy. The warm room makes perfect sense as a place to settle in and work over coffee.

Where to sit: There’s a wide range of seating options—a comfortable curved bar, best if you’re just having a drink; tables for couples or larger groups; a row of private booths along the back wall; and a chef’s table that offers prime views of the kitchen.