Uptown’s famous late-night honky tonk tavern is back from the dead and good as ever.

The last time I went to Carol’s Pub—before it closed in 2016 due to tax debt—was a Friday night in the dead of winter. The place was packed from wall to wall, and I drank Old Style and whiskey shots while shouting to my dates over warbling honky-tonk covers of Johnny Cash and Sara Evans by the bar’s legendary house band, Diamondback. I awoke the next morning in a haze, with old-bar smell on my hair and the bottom of my purse sticky from the floor.

When I heard last year that Ed Warm (a partner at Joe’s on Weed Street and Bub City) was resurrecting this 45-year-old Uptown fixture, my first instinct was to proclaim the second death knell of another beloved watering hole.

But if corner bars are indeed a dying breed in Chicago, what’s the protocol for fixing one up while keeping its soul intact? I’d argue Warm comes damn close.

“It was tough. There was a lot of work to do and I'm very conscious that this is one of the last—if not the last—honky tonk left,” he told me. “We had some people saying we ruined it by fixing it up. My answer to them is if we didn't fix it up to code, it would be condos by now.”

Warm added a new sound system and took out a few seats along the west wall, replacing them with a sound booth. Carol’s also sports a brand-new bar and draught line, a modern jukebox and refurbished bathrooms. Crews rebuilt a crumbling wall and added bay windows that swing open to Clark Street, which were flung wide when I arrived with a friend on a late-summer evening. The old windows now decorate the walls in tribute among the framed photographs and neon beer signs.

My Old Grandad Old Fashioned was brown-sugary sweet and appropriately deadly—ideal for washing down a deliciously no-nonsense fried bologna sandwich with shredded iceberg and head-clearing English mustard on white toast. My date and I shared an excellent, char-grilled double cheeseburger slathered with Carol’s sauce, a tangy-spicy riff on Southern comeback with mayo, chili sauce and ketchup tinged with smoked paprika. The sauce also comes alongside golf ball-sized housemade tater tots, which are crunchy outside and fluffy inside, like fattened-up latkes.

Clusters of regulars crowded the wraparound bar, and we collectively shook off our respective Tuesdays. There was no live entertainment on the docket that night, save for a spontaneous rendition of Travis Tritt’s “It’s a Great Day to be Alive,” belted out by a woman on my left. She and her companions drained rounds of Chicago Handshakes (Old Style and a shot of Malört, for $6), a Windy City original that, rumor has it, O.G. owner Carol Harris herself invented. As my neighbor crooned, I'm just doing alright. And it's a great day to be alive, a familiar, warm feeling washed over me.

May Carol’s live another 45 years.

What to drink: Diane Corcoran (Three Dots and a Dash) consulted on a spruced-up cocktail menu, including a pair of Old Fashioneds and the smoky, refreshing Night Moves with cherry whiskey, ancho chile liqueur, agave and fresh lime. Rotating craft beers round out cheap domestic standbys like Old Style and Miller High Life.

Where to sit: Belly up to the wraparound bar or grab a booth along the large bay windows overlooking Clark Street. Don’t plan to sit for long; there’s boot-scootin’ country music almost nightly. 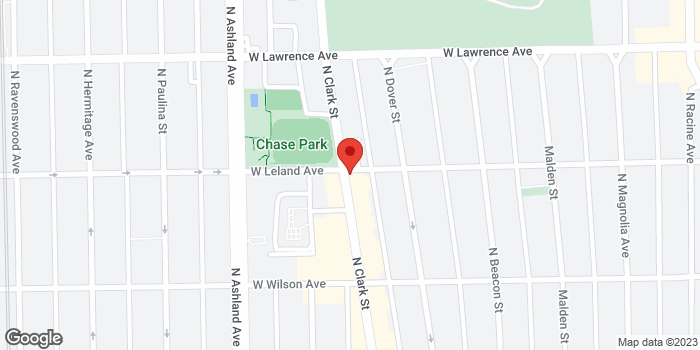