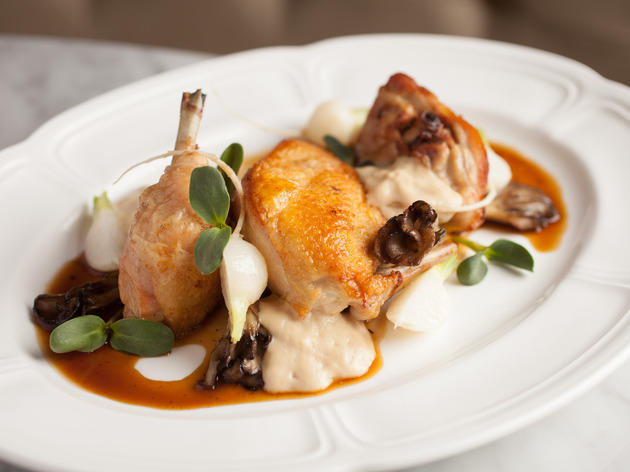 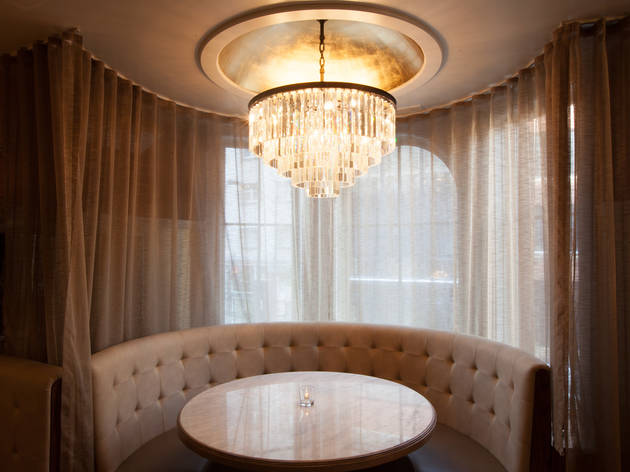 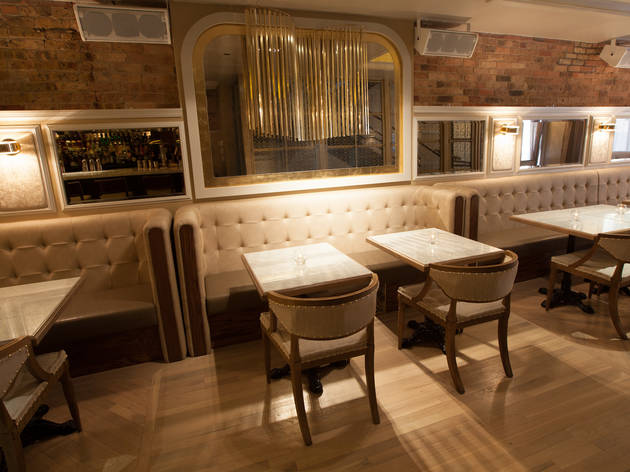 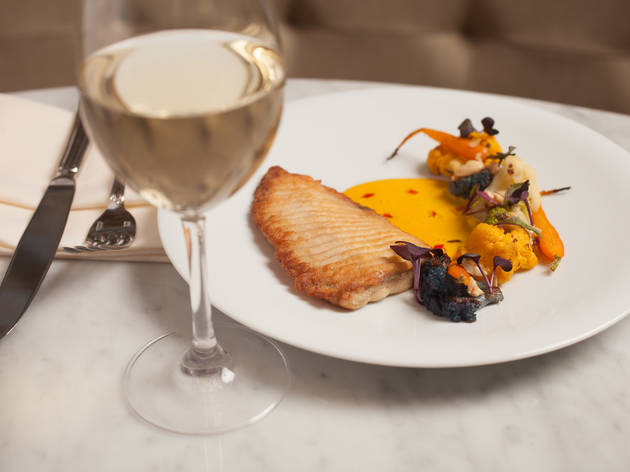 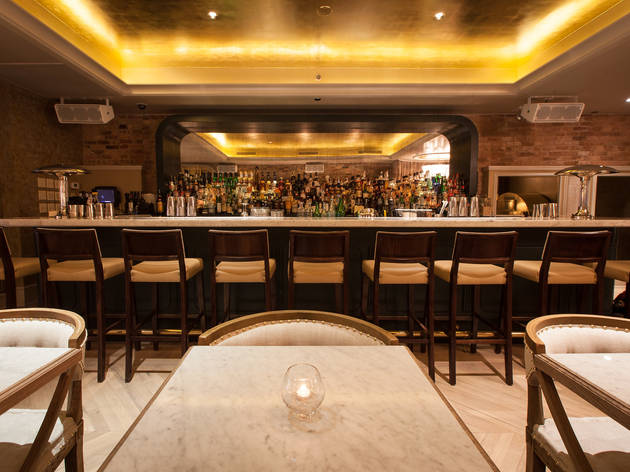 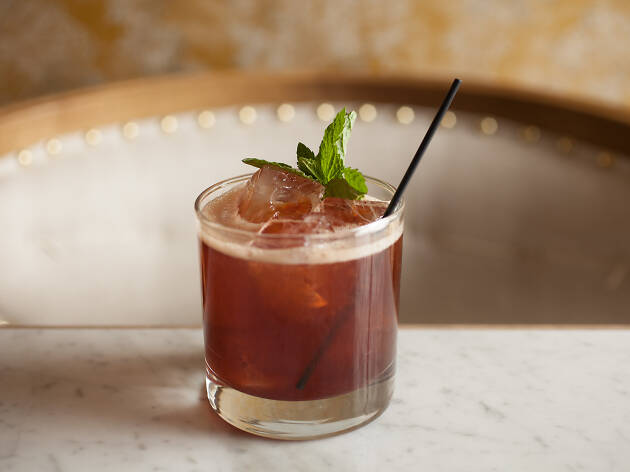 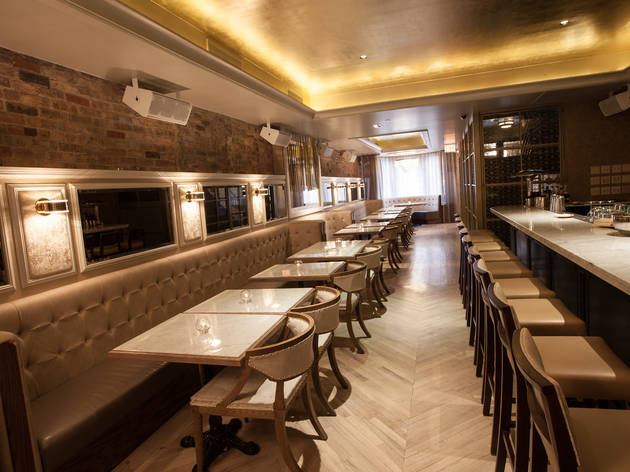 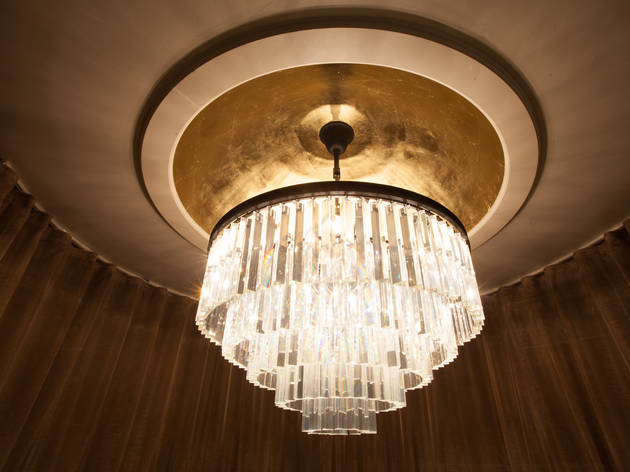 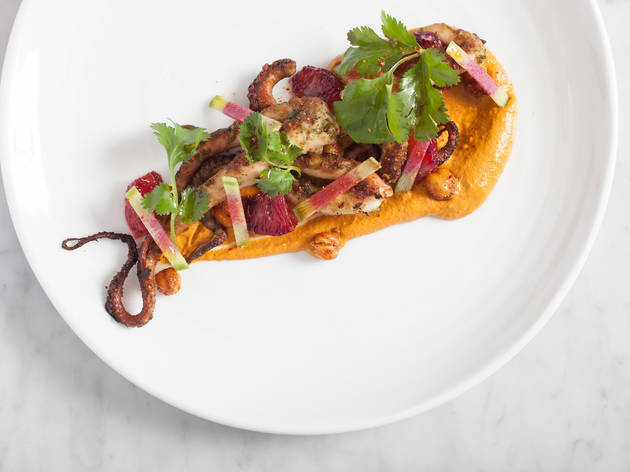 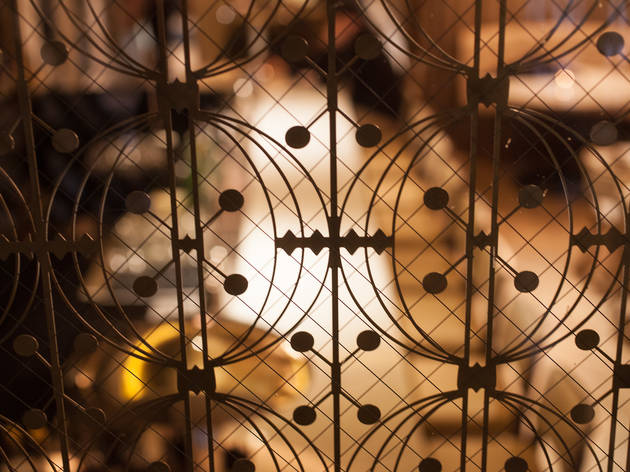 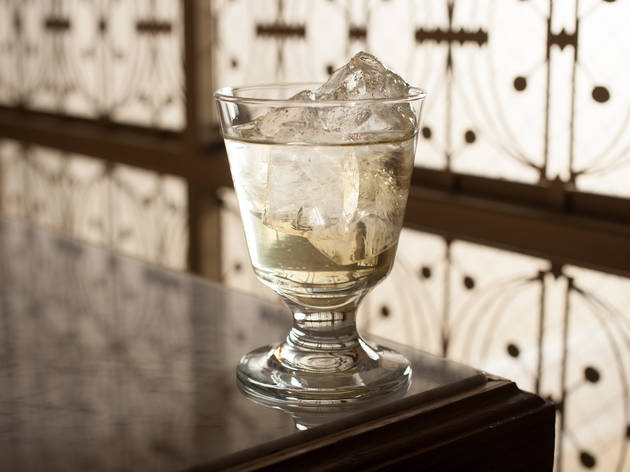 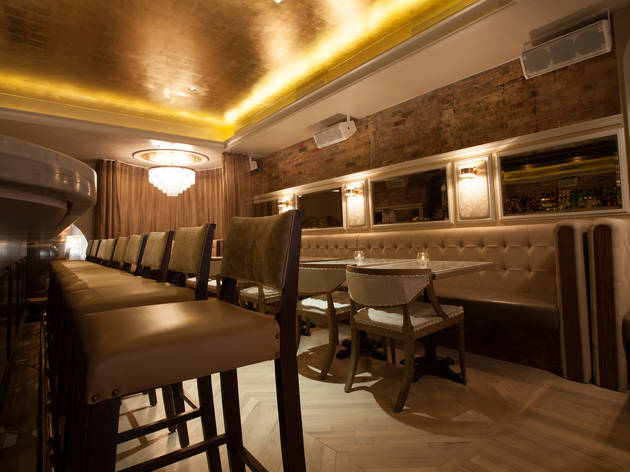 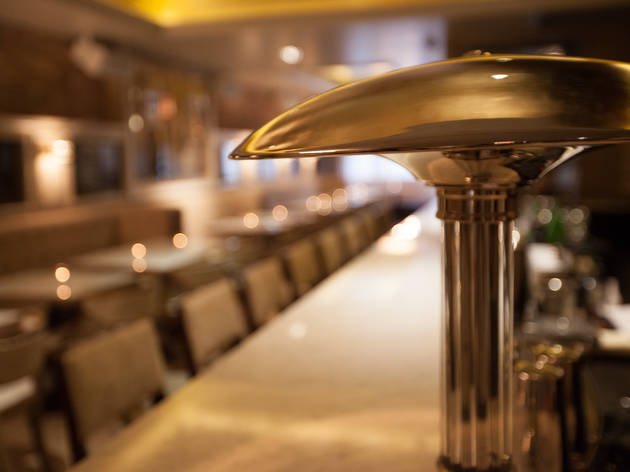 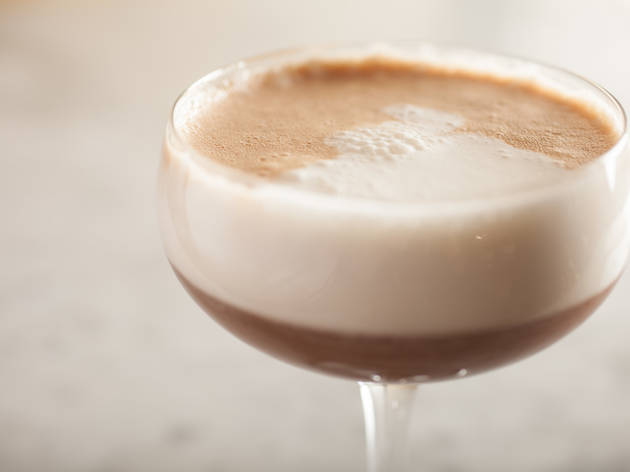 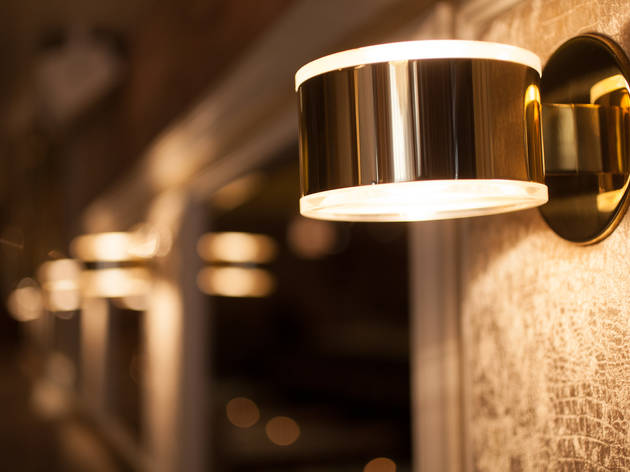 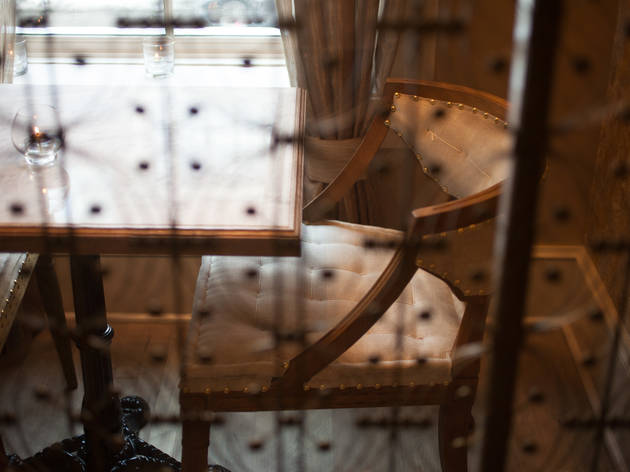 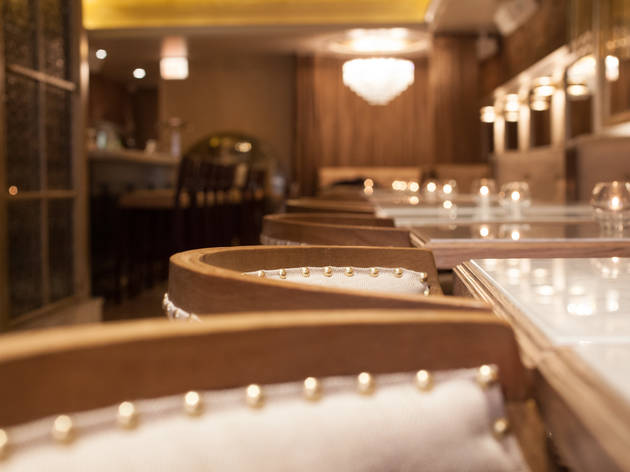 Before a new bar or restaurant opens, chefs and publicists usually inundate social media with updates, obsessively document recipe testing via Instagram, and provide “first looks” to every media outlet in town. By the time the place actually opens, you’ve already seen everything.

Not so with Celeste, which I listed as “new bar in Swirl Wine Bar space” under “date unknown” on the document I use to track new openings, right up until February 3, the day it actually opened.

The lack of buzz means two things: One, there’s plenty to discover on a menu that hasn’t obsessively been covered. And two, you can get a seat. Celeste has become a popular industry spot—on my first visit, Sepia head bartender Griffin Elliot was sitting at a booth in the Deco Room upstairs; on another, I sat next to Steve Dolinsky at the first floor bar.

Celeste is owned by brothers Nader, Fadi and Rafid Hindo; Freddie Sarkis (Sable Kitchen & Bar) and Sterling Field (Carriage House) handle bar duties. Former Sepia bartender Josh Pearson also helped with the opening before becoming the brand ambassador for Absolut Elyx. There are two bars: A first floor bar that’s long and sleek, with a more approachable cocktail menu and a DJ, and a quieter upstairs bar, which glows with light from big chandeliers and where Field makes cocktails that are more complex—and more expensive. Food, from Aaron Lirette (last at Acadia, he’s been working on Celeste for the last year and a half), is available on both floors, but there’s a more extensive menu upstairs. Plus, there are two more floors to come, including a rooftop garden.

There’s a lot going on at Celeste, so I’ll make this easy: Start on the first floor with the $10 Golden Filigree, a clarified milk punch based on Benjamin Franklin’s recipe. Made with cognac, bourbon and rum, plus milk whey, Sarkis said it’s charged with nitrogen dioxide and “run through a Guinness-style spigot.” The smooth cocktail is sprinkled with nutmeg, so there’s some spice, and a little sweetness. After that, head upstairs—the rest of the first floor cocktail list is pretty standard, from a choose-your-own-spirit mule to the tiki classic Jungle Bird, which smothers the Campari with blackstrap rum. You’ll need a seat upstairs, so check in with the clipboard-wielding host when you arrive to see if you need to put your name on the list.

Upstairs, the menu has five sections of $13 cocktails: The first three sections range from straightforward and approachable flavors, like the Boxing Rooster, a bourbon-based tiki drink, to more complex, like the Flag Assembly, a pisco and mezcal cocktail with mole bitters. Plus there’s a section of classics (a pisco sour, a boulevardier) and a page of recipes sent in by bartender friends. The Stockholm Syndrome, a recipe from Alex Skrlen of London’s ECC Chinatown, is made with aquavit, toasted cumin- and dill-infused Absolut Elyx, citrus, salt and pepper. And it’s a sleeper hit—it’s funky, herbal, savory and unlike anything I’ve tried before. Other standouts are the Cynar and rum-based Ambiguous Smile, a simple but lush drink fleshed out with raspberry and citrus, and the Aztec Cold/Hot Chocolate, which is basically what I would have consumed exclusively in college: It’s Kahula and mezcal topped with mole cream.

If you do the drink menu justice and have several cocktails, you’re going to want to eat something too. There’s more good news—Lirette’s menu of elegant dishes is filled with hits. Tender baby octopus tentacles sit atop romesco sauce with radishes, crispy chickpeas and blood orange. The jidori chicken has a beautiful sherry-truffle sauce. A beet appetizer is accented with housemade yogurt and sweet and savory caraway-honey vinaigrette. With dishes ranging from $10-$34, it’s much more expensive than typical bar food, but it’s also much better.

The quiet start has also given Celeste time to tweak the menu and add a list of late-night snacks like fried chicken. It may still be easy to walk in, but enjoy it—it’s not going to be for very long.