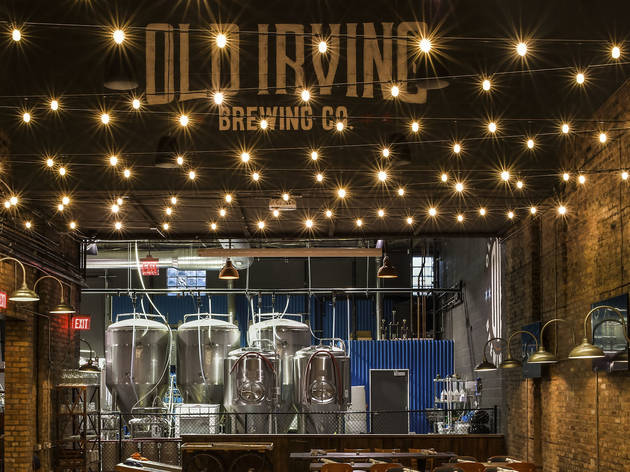 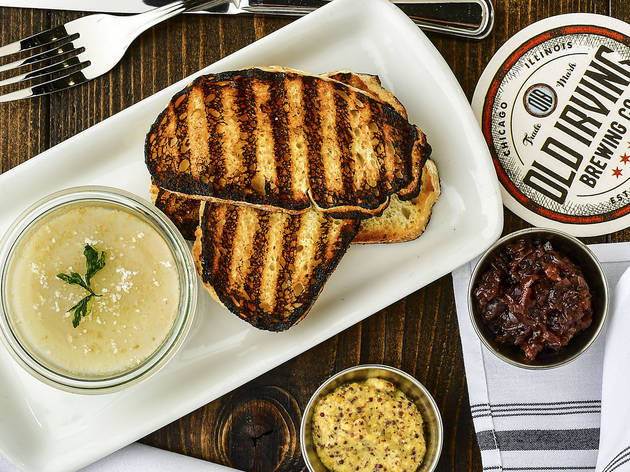 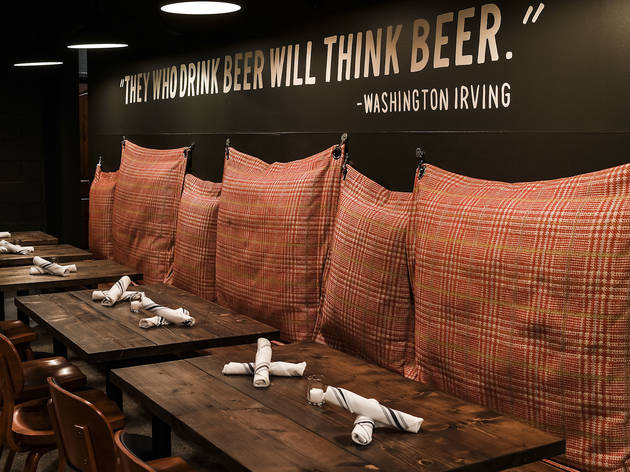 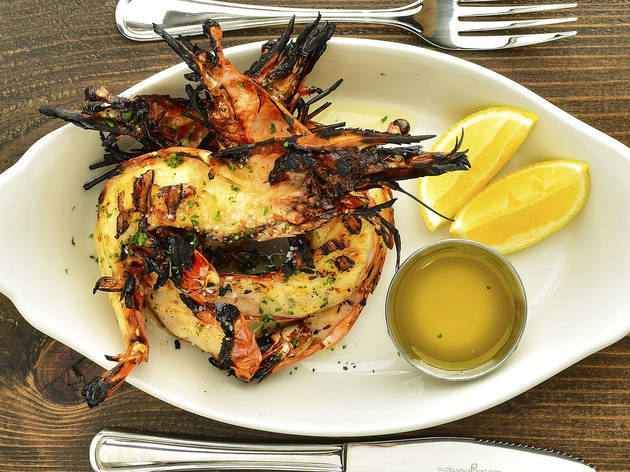 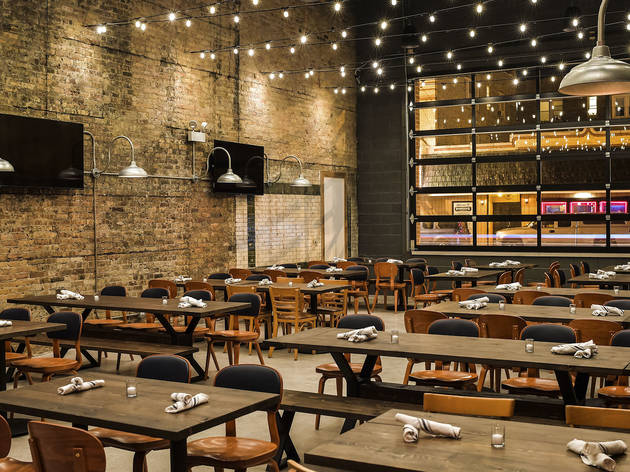 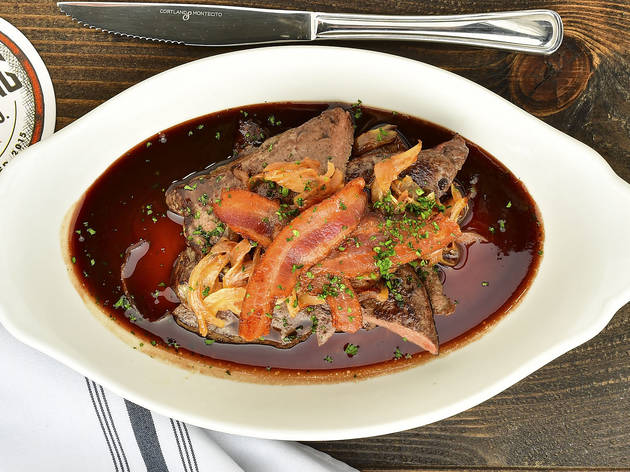 Irving Park gets an upscale eatery that’s also a great place to drink and watch sports.

Until recently, we had a pretty solid idea of what to expect when walking into a new brewery—industrial interior, picnic table seating and uninspiring pub food to pad the belly—but Old Irving Brewing Company is changing all that with a semi-traditional take on a brewpub with a twist. Whether you’re looking for a dimly lit hideout or a community sports bar, this place has it all. Toss in hearty, chef-driven eats and a concise beer menu, and it’s easy to see why Old Irving Brewing Company is breaking all the rules.

The brewery initially started as a project by the late Homaro Cantu (Moto, iNG), but his untimely death in 2015 slowed the development of the brewery (previously called Crooked Fork Brewing). That’s when friends and former colleagues Trevor Rose-Hamblin and chef Matthias Merges (Billy Sunday, Yusho) stepped in to finish the project. While we’ll always wonder what Cantu would have dreamed up in the kitchen, we’re huge fans of what Merges is doing with the menu. Dishes are approachable—think kolsch-battered salt cod and massive burgers served on focaccia with crispy fries—but executed with the same extreme care that Merges uses at his other restaurants.

Beer takes a backseat here, with just seven options on tap, which can be ordered as a 4-ounce taster, a 10- or 16-ounce glass, part of a flight or a 64-ounce growler. Still, we were perfectly happy with the Scentinel IPA that was on tap the night we visited; a strong Mosaic hop nose and notes of grapefruit made it a very sippable IPA. Other pours were just okay, like the Guten Tag kolsch, which was missing the crisp finish we expected. But what this brewery lacks in beer options, it makes up for in space. The two massive rooms are very different—one is low-key and dark with comfortable banquettes, while the other has long wood tables, huge TVs and a more traditional brewery feel. Given the excess square footage, Old Irving Brewing naturally lends itself to community events like yoga classes, video game and bags days and viewing parties. Hey, we wouldn’t be opposed to knocking back a few IPAs while watching a Cubs game here—maybe after yoga and brunch? Count us in.

Atmosphere: Don’t be fooled—this huge space is definitely a brewery, complete with concrete floors and tall ceilings. But the bar aims to please with something for everyone to enjoy, whether it’s the sports-centric room, neighborhood events or flights of beer at the bar.

What to eat: It’s not hard to like Merges’ inspired small plates, but we were especially fond of the burger and salt cod fritters.

What to drink: The Scentinel IPA is our favorite pour, but the brewery also does collaborations and one-off batches that are worth checking out.

Where to sit: For games, hang a right after you walk into the bar and you’ll find huge TVs waiting. For everything else, belly up to the bar for beer and conversation.

Love this brewery!  Great food, great beer, friendly service and atmosphere.  Food and beer specials throughout the week, including a delicious weekly burger special - Monday is beer, burger and bourbon night.  An open area to the brewing facility with bags games is a good spot to host a party.  They are open for brunch and have a Sunday yoga class with many  TVs to catch a Chicago sports event.  Several great beers to choose from - but my stand out favorite is the Scentinel!!!  It's a must try!