If the past few years of dining out have taught me anything, it’s that you’d better choose your dinner companions wisely. I take my pickiest friends to traditional appetizer-entrée-dessert restaurants, and save small plates spots for pals with similar palates—or who are at least willing to try offal. Like them or not, shared plates have become a permanent dining fixture—and now drinking has followed suit.

Punch House, part of restaurant/bar/event space Thalia Hall, is from the Longman & Eagle and Empty Bottle team and located below Dusek’s Board & Beer. It's a dark, '70s-themed punch-focused bar decorated with a fish tank, wood paneling and a huge fish on the wall. And punches, a communal drink, are priced to benefit those willing to share. The eight punches, divided into “contemporary” and “classic” categories, are pre-made and then dispensed into a single glass for $8, a carafe for $32, or a punch bowl for $59. The punch bowl is designed for eight people and the carafe for four, but three of us each poured several drinks from the carafe into our punch glasses. The extra cocktail we each had proved to be too much, so you’ll get sufficiently tipsy for less than the price of a typical cocktail.

Luckily my boozing companions are all gin fans, so went with the gin tea punch, a blend ofLetherbee gin, Gilka Kummel (a German caraway liqueur), Earl Grey tea, orange, lemon and cinnamon. There’s a lot of depth to it, with warming cinnamon notes that play well with the caraway, a slight sweetness and just the right amount of citrus. While I’d order this drink again in a second, none of the single cocktails we had—glasses of Dusek Punch (bourbon, lemon, raw sugar, dark ale and nutmeg), the Philadelphia Fish House Punch, 1732 (Gosling’s Black Seal, Landy Cognac, Mathilde Peche, lemon and angostura) and the Jamaican Old Fashioned, one of four “not punch” cocktails, made with Appleton rum, allspice dram, cherry and orange biters—were balanced. The punches tasted overwhelmingly of citrus and buried the other flavors, while the Old Fashioned had an overabundance of cherry.

The drinks are so boozy that you’re practically required to get something to eat, and that’s where things get a little difficult. On Saturday night, the bar was packed with more couples and groups of 20-to-50-somethings than could sit at the long bar on the right or tables along the front and left walls. But when we asked to put our name in for a seat, the harried server said that tables were first come first serve, which meant that we uncomfortably hovered over a table draining their glasses so we could snag it before another group vying for it.

Once we were settled, we ordered brandade fritters, crisp fish cakes perched on dollops of romesco sauce; wood-roasted blue crab dip, a throwback dish that came with just a few thin slices of bread (we finished it with our forks); a stuffed pretzel oozing with cheese; and oysters, which were served with oyster crackers and pickle mignonette. While the dishes were plated on too-large serving plates, they were delicious, and just the kind of food you want to chow down on while drinking—but you'll need a seat to easily eat. The oysters themselves were very clean and briny, but the accompaniments were too heavy and masked the natural flavors. Skip them in favor of a quick squeeze of lemon.

And here’s another reason you’d better like your drinking pals—there’s little to no cell reception downstairs, so tweet pics of your punch bowl later. There's so much to take in here—the nautical decor, the bathroom walls covered with chalk, the food—that the conversation flows as easily as gin punch. 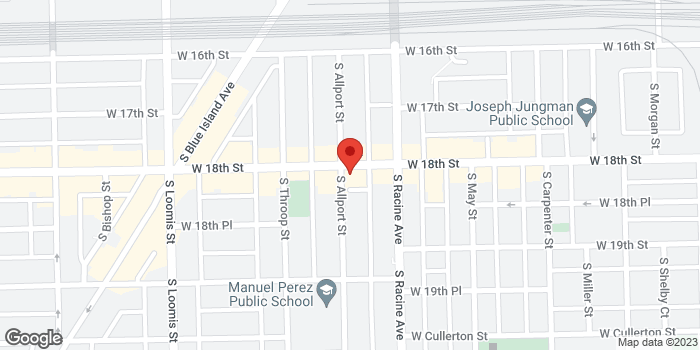