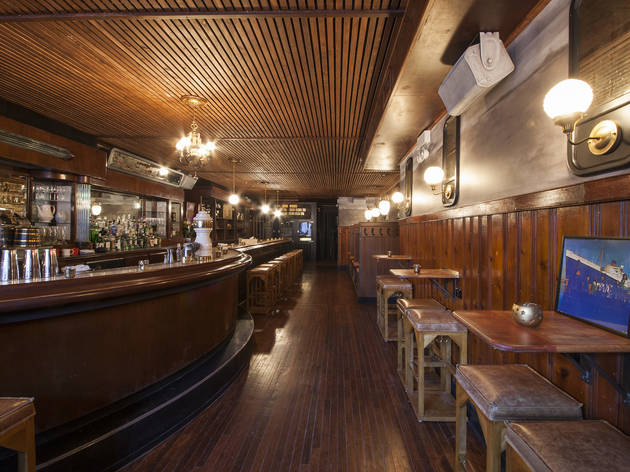 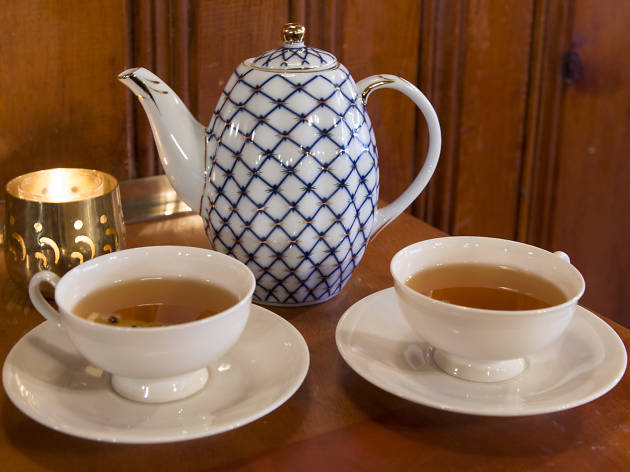 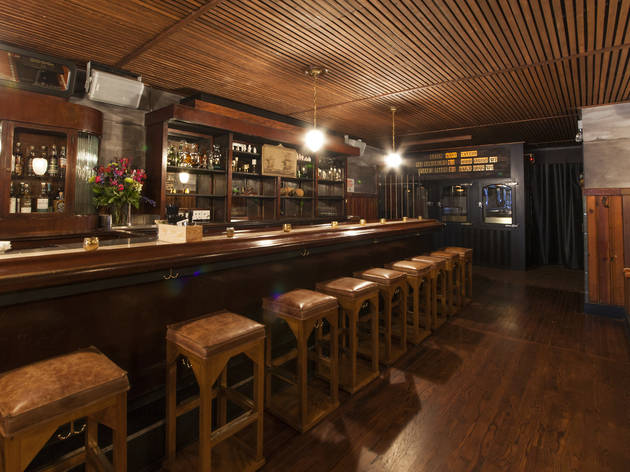 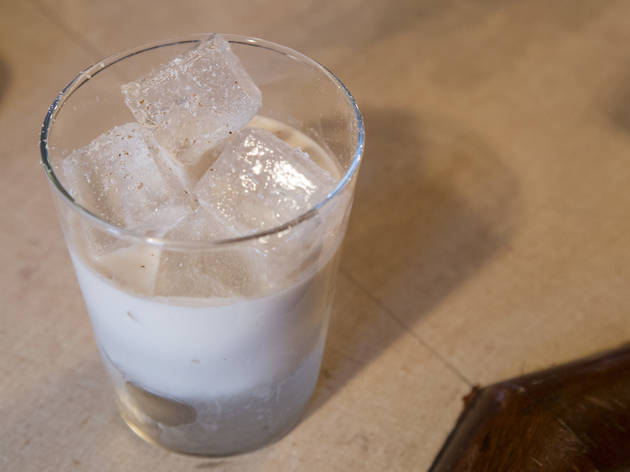 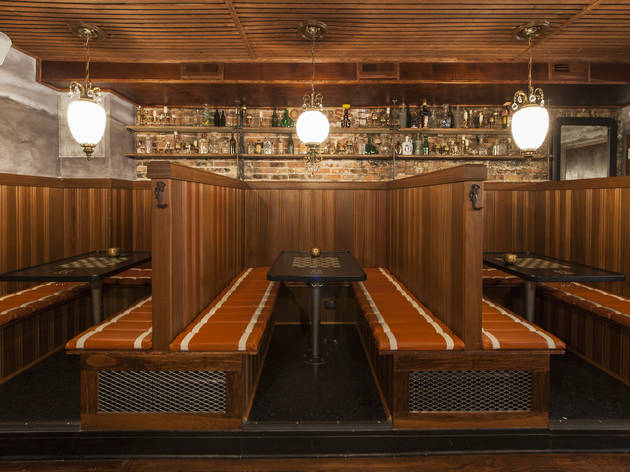 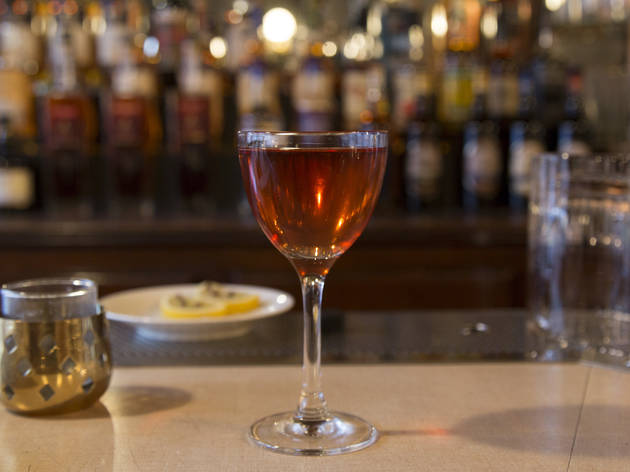 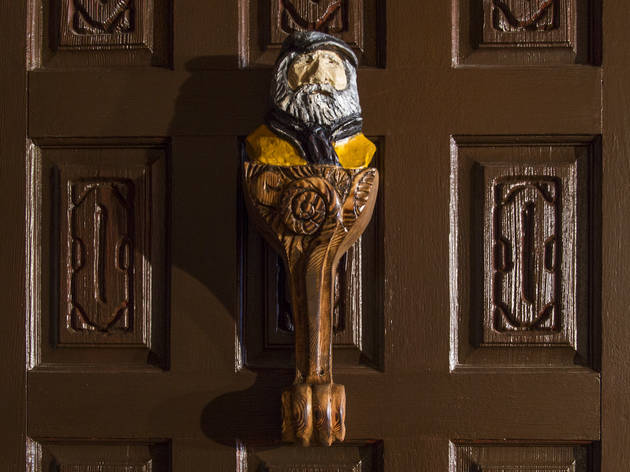 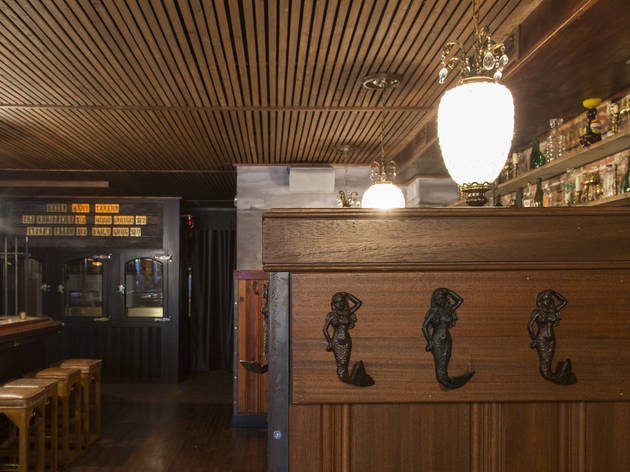 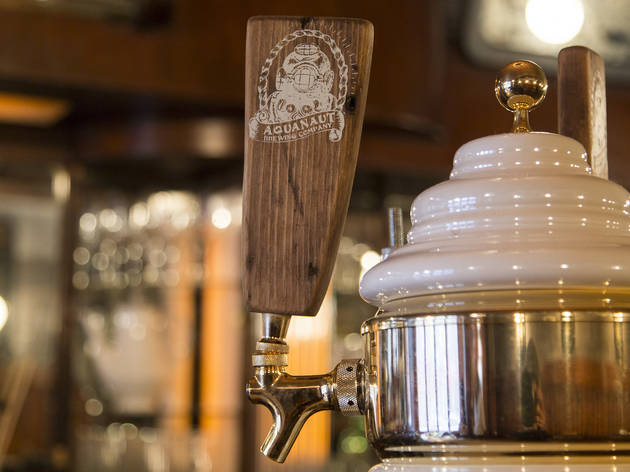 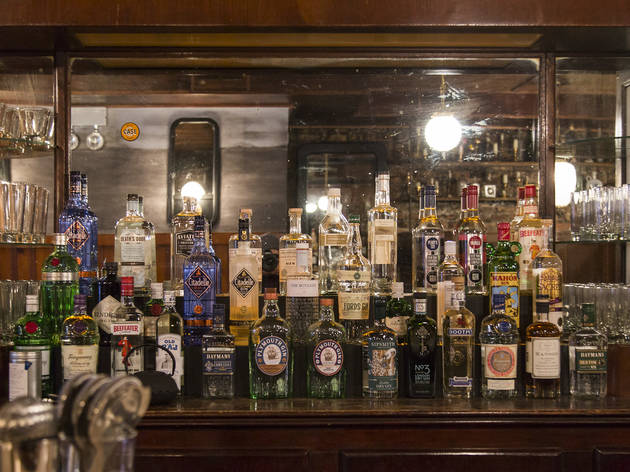 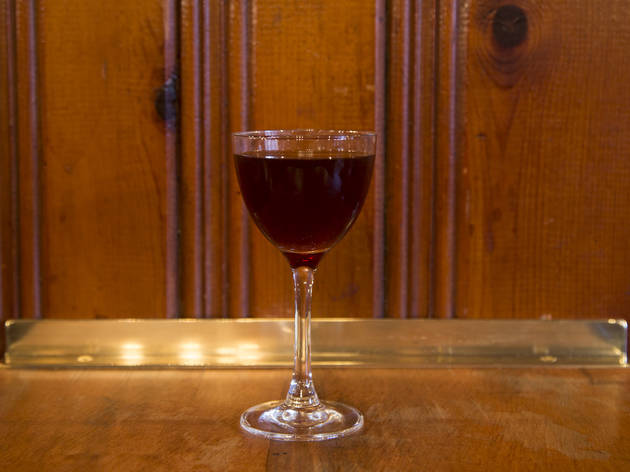 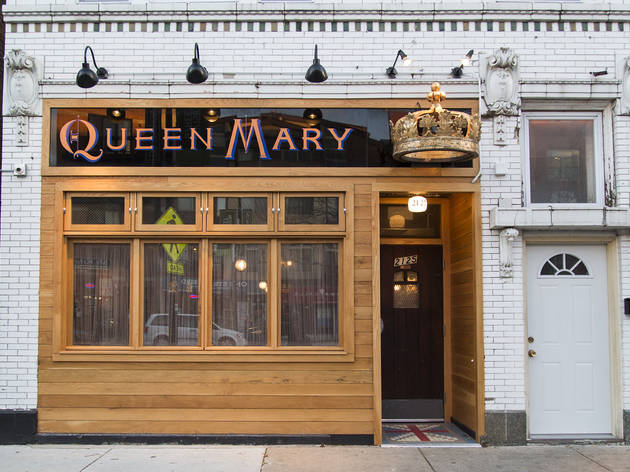 Heisler Hospitality is on a roll this year—the group’s British-Indian beer bar, Pub Royale, opened in May, then in November, they opened Queen Mary Tavern, a bar that focuses on maritime drinking. Either theme could easily have been gimmicky, but Heisler knows how to put the right people in charge. At Queen Mary Tavern, Dan Smith and Mony Bunni have assembled a list of cocktails that’s true to the theme—rum, gin and Scotch abound—while using unexpected ingredients and offering sophisticated flavor profiles.

Take the Stone’s Throw, which uses tahini to add sesame notes to the smoky base of Scotch and cream, while a shower of nutmeg over the top ties it all together. Albatross combines gin and madeira with Angostura and coriander for an herbal sip, and St. Erasmus is a tall, icy swizzle with funky rum and some heat from chili. My favorite is Mood Indigo, which I can imagine an epicurean pirate assembling from the spoils of his travels; with port, St. Lucian rum, Batavia Arrack, cardamom and jaggery (cane sugar from Asia and Africa), it’s richly flavored, and a whole egg adds a smooth mouthfeel.

The bar had been empty for four decades before Heisler took it over. The space previously held a neighborhood tavern run by Mary Kafka, the namesake for Queen Mary, who still lives upstairs. Many of the original pieces, like the bar, remain in place, which makes Queen Mary feel like it’s been there forever. Luckily the drink list doesn’t—it’s a fresh look at three familiar spirits and a worthy contribution to the study of drinking history.

Atmosphere: The low-key feel is reminiscent of the chill vibe at Sportsman’s Club (another Heisler bar). The maritime theme is restrained, with ship, mermaid and sea captain artwork scattered around.

What to eat: Food is not available right now, but soon, a tiny kitchen in back will serve snacks.

What to drink: The bar may feel like Sportsman’s Club, but with a steady drink list, rather than offerings that change daily, the cocktails are more ambitious and consistent. The drinks are $12, though a daily-changing grog is $10—on my visit, the fruity rum concoction was served over crushed ice and was the most refreshing drink of the night. The short beer list features two draft beers local brewer Aquanaut made for Queen Mary, a porter and an ESB, plus a Coors Banquet Beer.

Where to sit:  The bar is double-sided on one end, which provides a spot for larger groups to sit. Small tables and booths round out the options.