Suspended between a dive and cocktail bar, the refurbished Orbit Room has some tasty cocktails but hasn't yet solidified its new identity.

The term “dive” doesn’t quite mean what it used to in Chicago. Of course, in any given neighborhood, you can find one or two dark, dingy joints with wood-paneled walls and frayed barstools lining an old Brunswick bar. The kind of come-as-you-are spots where pints are cheap and the smell of stale beer and sweat permeates every surface.

In the past five years, a new generation of stylish tavern remakes like Queen Mary, EZ Inn, the California Clipper and Sportsman’s Club has injected the term with upmarket hipster brass. We still call them dives because the bones remain—the glass-block windows and Old Style sign over the door, the weathered mahogany bar and neon-lit cooler stocked with High Lifes and PBR Tall Boys. But we know, deep down, that tasteful taxidermy, $12 cocktails and oysters mignonette make them something altogether different.

This summer they launched their own hospitality group, Leisure Activities, with their first project being to buy and facelift the decade-old Orbit Room—a beloved watering hole in sleepy Avondale known for its great drink specials, a cozy rockabilly vibe and massive tiki-lite beer garden.

I left the revamped Orbit Room with the disconcerted sense that it’s in the midst of an identity crisis—floating somewhere between a dive and cocktail bar. A few overly ambitious drinks didn’t match the laidback vibe of the bar or its surrounds, and some of the food disappointed, though I think this spot will find its footing.

It was a quiet Wednesday evening when two ladydates and I bellied up at the holdover Brunswick bar under a vintagey mural of a spaceman. The refreshed interior feels roomier—having traded the red and black accents and tiki-lite paraphernalia for a cooler palette and mid-century celestial theme, via frosted orb lights and moon-themed artwork. (The currently sparse beer garden will get a full redesign before next patio season, I’m told.)

Our affable bartender pointed out that the eight house cocktails are the big focus—listed opposite a handful of packaged and draft brews, three wines and the $6 Moon Shot (Hamm's or High Life with a shot of Malört, Fernet or bourbon). The house Orbit Oldie was a lightly bitter iteration of the Old Fashioned—a smooth, boozy concoction of sweet bonded bourbon tempered with Angostura bitters and salted cherry Demerara—mirroring this easygoing ’hood with hard manufacturing roots.

A spicy margarita arrived pageant pretty, the same sweet hibiscus shade as Ladydate  No. 1’s lipstick. But it went down hot and peppery, a double bite of tequila and mezcal plus vibrant, green pepper-esque ancho verde. Blueberry lent enough sweetness to make it dangerously downable.

A pair of ambitious tiki drinks that came next felt out of place. A take on the classic Jet Pilot, pre-blended and served on draft, was a viscous, sweet mouthful of citrus fruit, anise and warm spices. In the trippier Surfer on Acid—a cocktail version of the Jägermeister, rum and tropical juice shot McElroy loved in college—coconut and pineapple’s beachy sweetness tempered the Jäger and trio of funky rums. I claimed that the Jäger was responsible for the plasticky, beach ball note at the back of my throat—which I weirdly liked.

Aside from a possible shoutout to the former Orbit Room’s penchant for tiki accents, however, I didn’t understand why either cocktail was there. As Ladydate No. 2 put it: “It’s like they should commit fully to tiki and put these in copper pineapples instead of tumblers.”

Mark Steuer’s (Carriage House) classed-up bar fare was another mixed bag. A clever play on fritto misto delivered tender peppers, carrots and seasonal crucifers fried till lacy-crisp in spicy batter and served with zippy lemon aioli. The shrimp roll on buttery New England bread overflowed with the sweet, toothsome shellfish and avocado, bound with mayo and tinged with nostalgically oceanic Old Bay. On the other hand, a should-be-win Gruyere, American and jack grilled cheese with sun-dried tomato was inexplicably not fully melted.

The renoed Sportsman’s and Larry’s, with all their very deliberate vintage styling and pricey cocktails, feel complete and effortless in the same way a dive beckons with timeworn, come-as-you-are appeal. McElroy and Donahue have set the bar for convincing remakes, which is why I expected the new Orbit Room to arrive with a clear identity. It has a lot of potential as a cleaned-up, still-quirky dive. One thing’s for certain: the bones are all there.

Atmosphere: This refurbished dive in residential Avondale feels a bit unresolved, despite a few rad cocktails and a solid local beer lineup.

What to drink: The house Old Fashioned and the rosé- and ginger beer-spiked Pink Lemonade are as clever as they are drinkable. And there’s always the bartender fave beer and a shot, for just $6.

Where to sit: The comfy back patio, as long as the weather permits. Inside, snag a cozy booth seat. 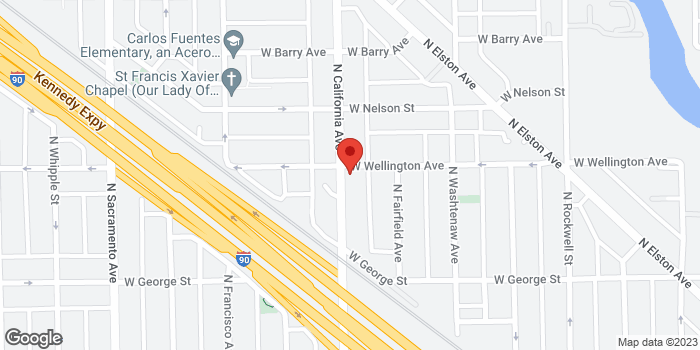