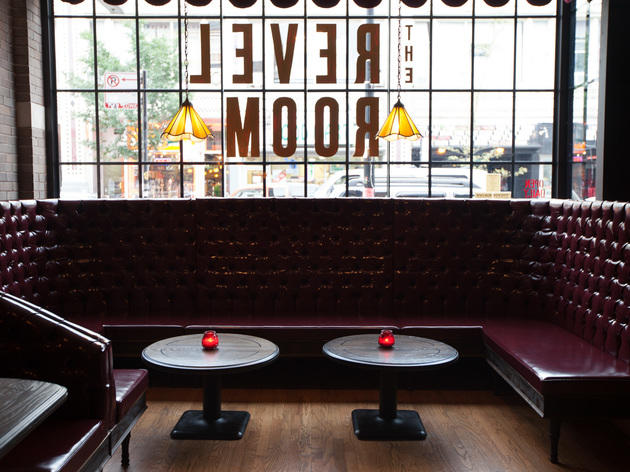 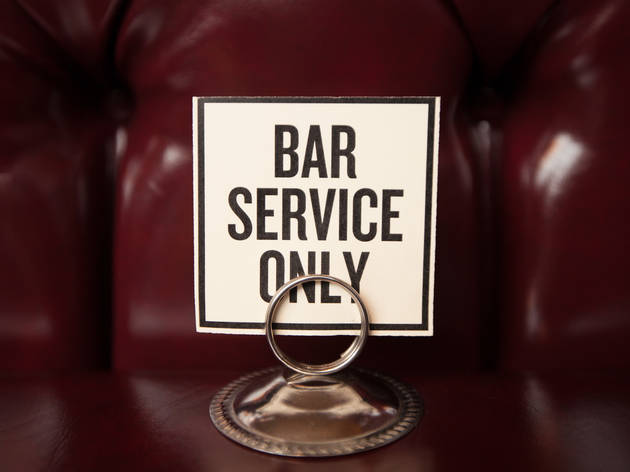 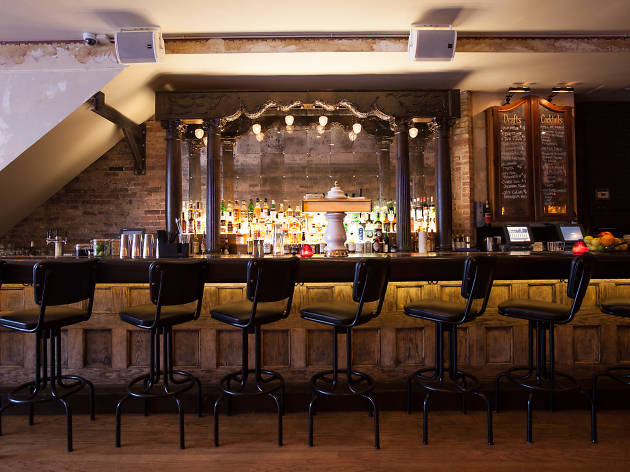 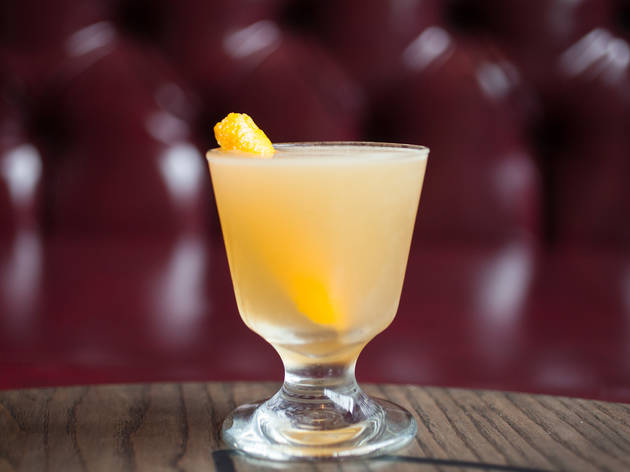 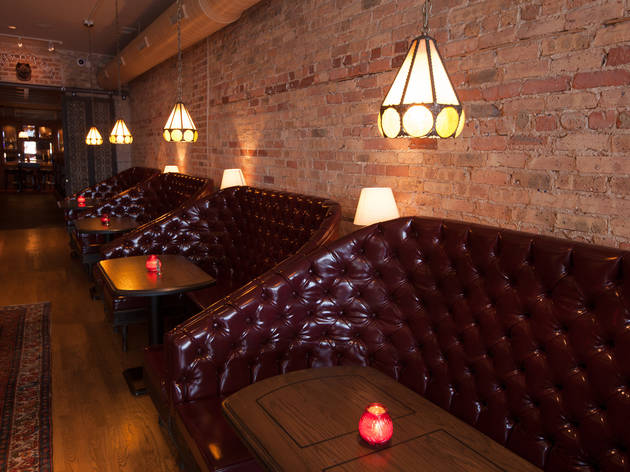 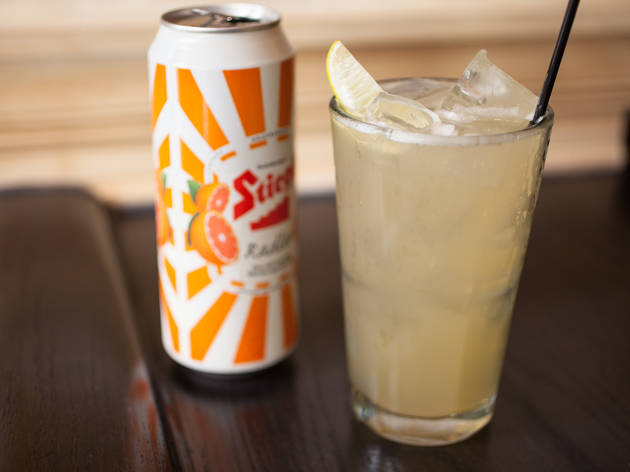 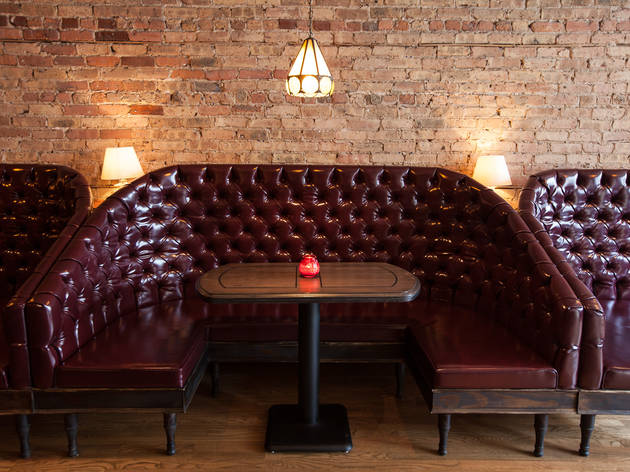 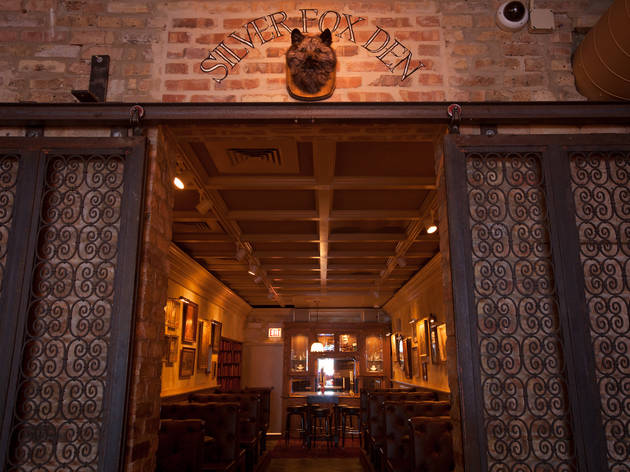 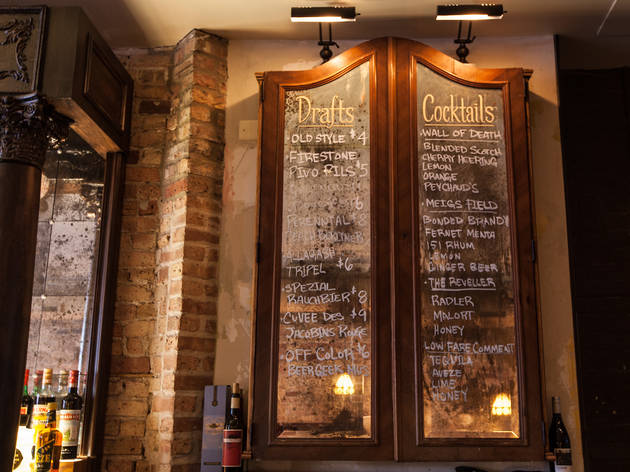 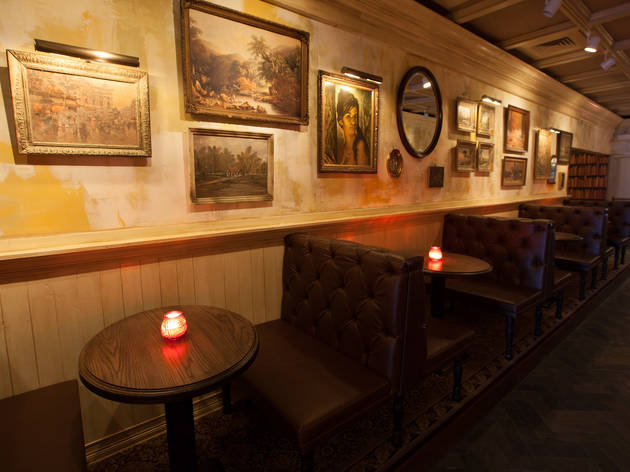 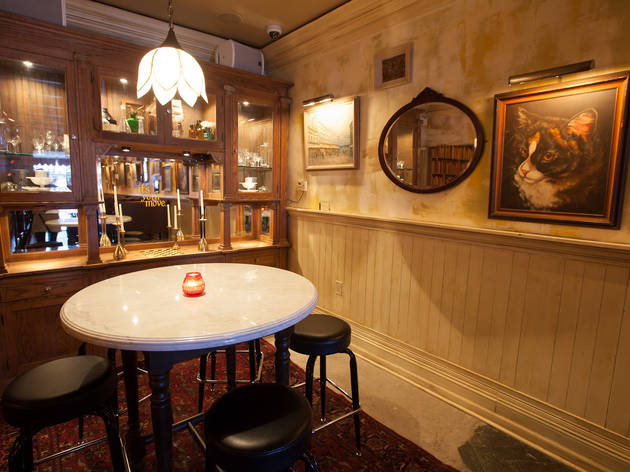 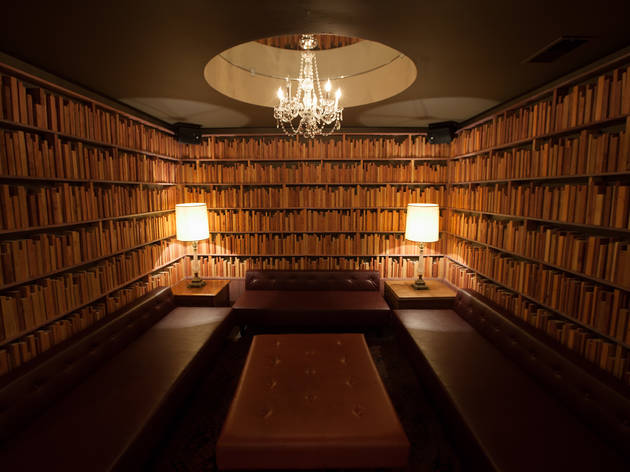 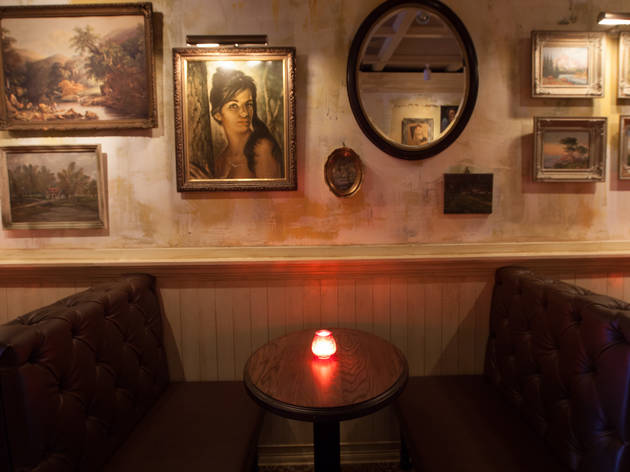 FIRST IMPRESSION The bar's sign is attached to an Old Style sign and it took over the Empire Liquors space. One side of the room is lined with rounded burgundy leather booths, which are perfect for intimate conversation. There's a large space in the middle of the room, between the booths and the bar, so there's plenty of room to mingle. Decor is pretty simple—there's an Oriental rug on the floor and a fox head over the entrance to a cozy back room, where the walls are lined with art. It's fairly quiet on a Thursday night, though when we left at 11pm, most of the seats were filled. We spotted the Aviary's Charles Joly and bartender Clint Rogers (of the forthcoming Dawson) there with a group, which could only be a good sign.

DRINKS The drink list, which is both printed on paper menus and scrawled on mirrors over the bar, features a half dozen cocktails and a strong selection of draft and canned beers. Ronnie Higgins (former bartender at Bangers & Lace and Bar DeVille) handles the cocktail menu, while Bangers & Lace’s Ria Neri developed the beer list. And both are solid—the drinks include the Reveller, a drink seemingly perfect for Chicago, which combines Stiegl grapefruit radler, a bitter hit of Jeppson’s Malört and honey. The Gold Bullets & Vampires was a gin cocktail ideal for fall. St. George’s Terroir Gin is mixed with apricot cordial and Vander Mill Totally Roasted Cider, a cinnamon-pecan cider made in Michigan, for a sweetly spiced drink that managed to still be refreshing. The beer list includes local beers like Solemn Oath's Snaggletooth Bandanna and Belgian beers, while pitchers of Old Style are $10.

SERVICE The bartenders are really friendly and knowledgable and poured samples of things we were curious about.