The day after I went to Tippling Hall, the new River North bar/restaurant from the Tippling Brothers, I raved about the Deep Dish Manhattan cocktail at work. It smells just like deep dish! But tastes like a really good Manhattan! My coworkers didn't buy it, but I hope I can better convey this drink to you. There’s Koval whiskey and both vermouth and Averna, a sweeter amaro, so it’s basically a mash-up between a regular Manhattan (with vermouth) and a Black Manhattan (with Averna). Plus it’s toughened up with Malört, but the bitterness isn't overwhelming and everything falls together in perfect balance. It’s served with a crisp placed across the top, so when you pick up the drink to sip, it smells exactly like a slice of deep dish pizza. "Oregano oil is spritzed across the top," the bartender told me.

Just describing the drink makes it seem overwrought, or gimmicky, but it’s a rare cocktail that’s both delicious and really fun to drink. I probably would have had another, but it’s my job to drink through as many things as possible. And at Tippling Hall, there are many, many things. There are draft cocktails, shaken and stirred drinks, and (if the machine ever arrives) frozen cocktails. There's an entire page of Bloody Marys and a couple of coffee cocktails, along with beer or liquor paired with something else (like whiskey and a beef broth chaser). Plus: draft, bottled and canned beers; wine by the bottle, glass or inch; and ciders, sakes and large-format beers. This is a lot, and with hours that stretch from 11:30am–4am (and 5am on Saturdays), it feels like Tippling Hall is trying to be everything to everyone.

Is that so bad? Sometimes you need to go somewhere downtown with a cocktail-loving friend, a beer nerd, a wine drinker and a cider snob. Tippling Hall, like the also recently opened Henry’s Swing Club, fits the bill. It’s really big—half is a restaurant with tables, and the other half is a bar, and on a recent weeknight, it was filled with an after-work crowd. The space is highly stylized, with a gorgeous, lit-up back bar, lots of wood and striking light fixtures.

But with such a huge menu, it’s hard to nail absolutely everything. The Tippling Brothers—Tad Carducci and Paul Tanguay, whom you may know from the drink list at Mercadito (this bar is also part of Mercadito Hospitality)—also ace the Grumpy Cat, with strawberry, lemon and grapefruit San Pellegrino. With only Amaro Braulio (an herbaceous, floral liqueur) for booze, this is like the Stiegl Radler of cocktails—a nice, fruity soda. Good Juju, with rum, pineapple, guava, spices and habanero shrub, a tiki-esque drink with a fiery end, is also pleasant.

Both are much easier to drink than The Crippler, a wallop of a cocktail, which packs rye, mezcal, overproof rhum agricole, yellow chartreuse and Stroh, a spiced rum, into a glass with a couple of hits of Memphis BBQ bitters. I struggled to find balance in the boozy glass, though the spiciness at the end was welcome. But that was better than Misty in the Mountains, made with beets, mezcal, pineapple, ginger and honey. Only beets and smoke from the mezcal came through and, despite being a draft cocktail, it was so thick it needed a run through a strainer. The beer, wine and cider lists are also decent, with cheap beers like Amstel Light sharing space with Two Brothers, along with some international beers. The wine list has some nice picks, like the Ameztoi Txakoli, a lightly effervescent Spanish wine.

The food menu, from chef Guillermo Tellez, also offers an overwhelming number of items. Since half the space is a restaurant, it doesn't seem that weird that there are pork chops and lemongrass-poached fluke, things I’d probably skip if I were sitting at the crowded bar. There are also bites, starters, flatbreads, salads, sandwiches, potatoes, big things, side things and dessert—in all, more than 50 food items. Of the things we tried—a croque madame devoid of mornay sauce, a wanly flickering saganaki, a flat quinoa apple salad and mediocre pomme frites—there were zero hits.

“That was underwhelming,” our bartender commented as the saganaki hit the bar.

It was. I’d probably skip food the next time I go to Tippling Hall, but with such a huge menu, who knows. The next dish could be the Deep Dish Manhattan of the food menu. 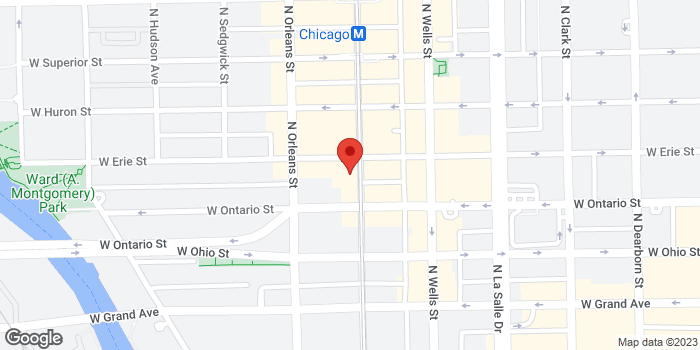