Nine suburbs we (almost) want to live in

The Time Out Chicago team really, really loves Chicago, which is why we decided to live here in the first place. But we'll be damned if there aren't loads of suburbs in the area that sometimes leave us wondering if we should settle down outside of the city limits. We channeled our inner suburbanites and came up with nine Chicago suburbs we (almost) want to live in. 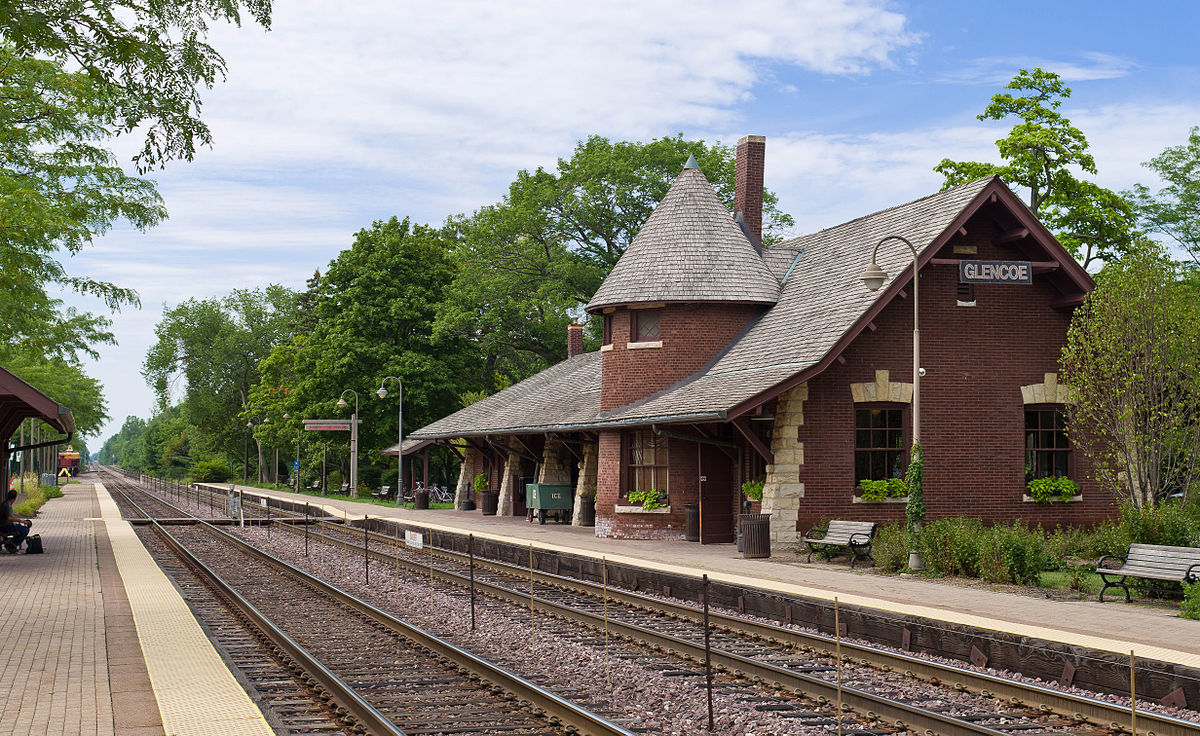 Glencoe’s tiny little downtown is just about as cute as it gets, and the North Shore suburb would be a great place to live if you have the money to nab up one of the mansions just a few blocks away. The village of almost 9,000 has been featured in numerous films, including Risky Business, Clint Eastwood’s Flags of Our Fathers and numerous John Hughes movies like She’s Having a Baby, Sixteen Candles and, every Chicagoan’s favorite, Ferris Bueller’s Day Off. Glencoe is also home to the canoe-worthy stretch of Skokie Lagoons, the Chicago Botanic Garden and the Jeanne Gang-designed Writers Theatre. —Nick Kotecki

Sorry, Wayne’s World fans—you won’t find Stan Mikita’s Doughnuts in the hometown of Wayne Campbell, but Aurora is still full of excellent stuff. In the summer, music fans flock to RiversEdge Park for outdoor concerts on the waterfront each weekend. Aurora also boasts its very own casino, which is far more enticing than driving to Indiana or O’Hare to get your Blackjack fix. Plus, the city is home to the Two Brothers Brewing Company Roundhouse, a gigantic brewpub located in a historic railroad station that dates back to 1856. So what if Chicago is more than an hour away by Metra? —Zach Long 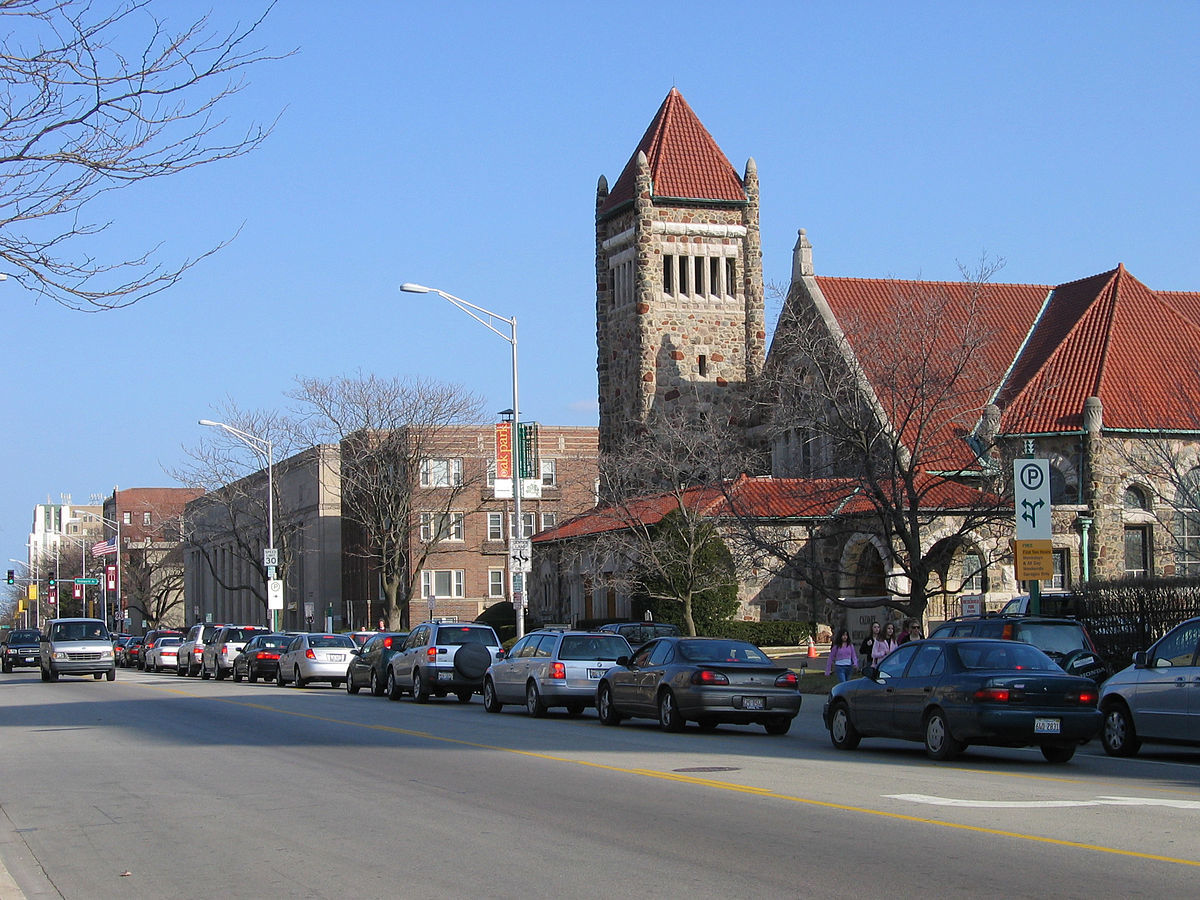 Barely a suburb, this village next to West Side Chicago is home to some of the area’s finest homes, and that’s no coincidence—this is Frank Lloyd Wright country. Here you’ll find not only the Frank Lloyd Wright Home and Studio, but also many, many more of the architect’s designs if you’re up for taking a little walk. Oak Park also just so happens to be home to the Ernest Hemingway Birthplace. Needless to say, this quaint and quiet village with massive houses on tree-lined streets is a hub of history. You’ll find a diverse mix of events happening here most weekends, too, from the Uncork Illinois Wine Fest to theater and the arts. —Laura Rote 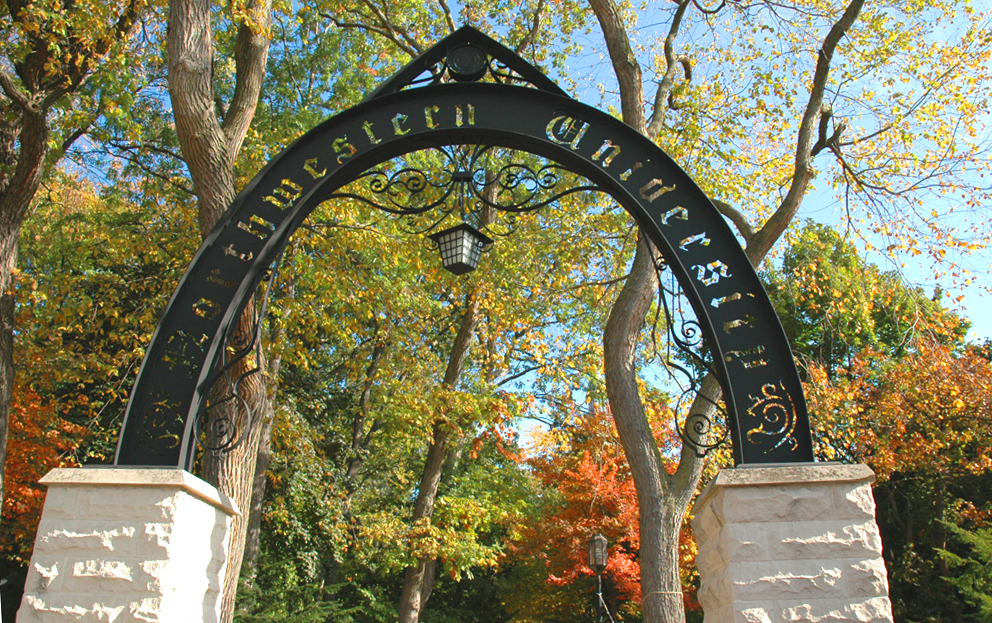 Our lakeside neighbor to the north may have been the setting for Mean Girls, but our experiences there have been nothing but nice. Evanston offers a thriving downtown, an increasing number of good restaurants and all the cultural amenities that come with a major university like Northwestern. With much of the 7.8-square-mile city within spitting distance of CTA Purple Line and Metra Union Pacific–North stations, it’s the rare suburb where you don’t have to have a car; Evanston has embraced the transit-oriented development movement, and the auto ownership rate in the city is about half that of surrounding suburbs. And, thank goodness Evanston’s anti-drinking history is long behind it—the only Temperance you need to heed is the local brewery. —Kris Vire 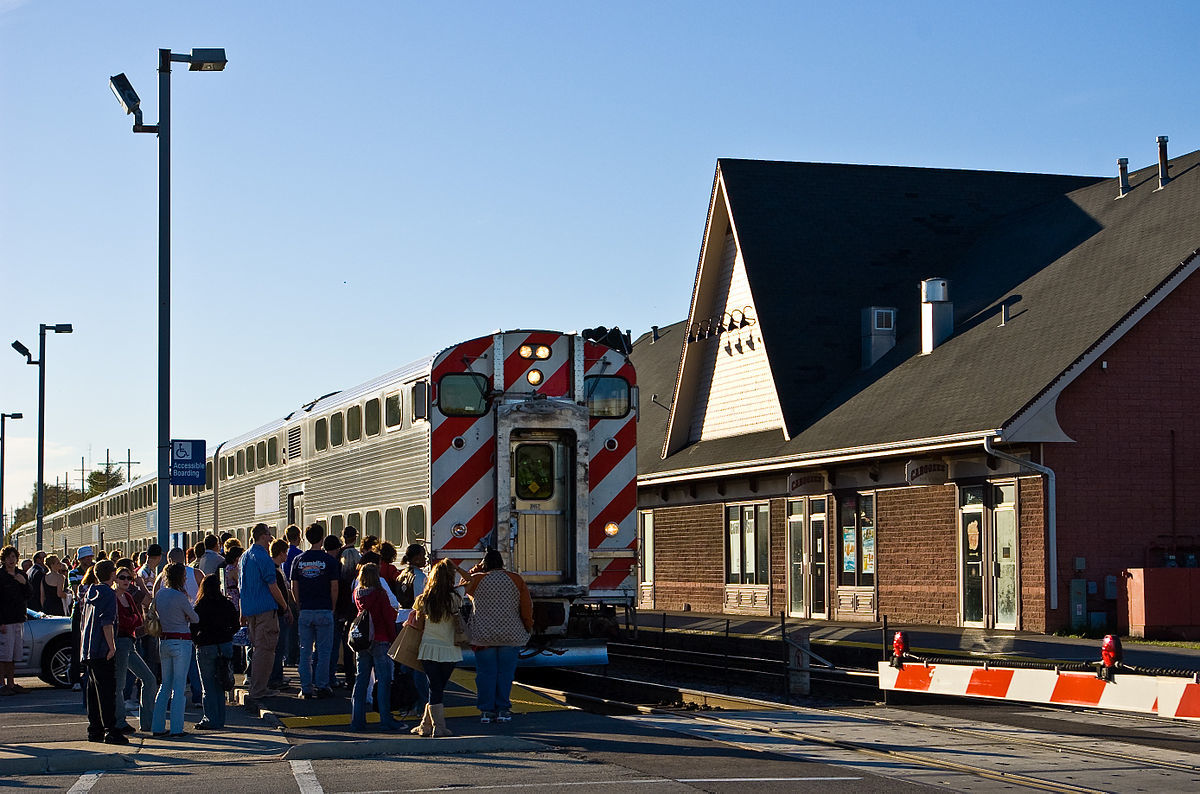 Tucked away on the western edge of Chicago's suburban sprawl, Geneva is a downright adorable town. Its downtown area along the Fox River has managed to hold onto much of the history that's given the place its charm over the decades, and its plethora of boutique shops and restaurants rivals many Chicago neighborhoods. Geneva is also home to Penrose Brewing—one of the area's best breweries that was opened by former Goose Island employees in 2014. It's a little more than an hour away from Chicago via Metra, but if you're willing to stomach that commute, it's certainly not a bad place to set up your homestead. —Clayton Guse 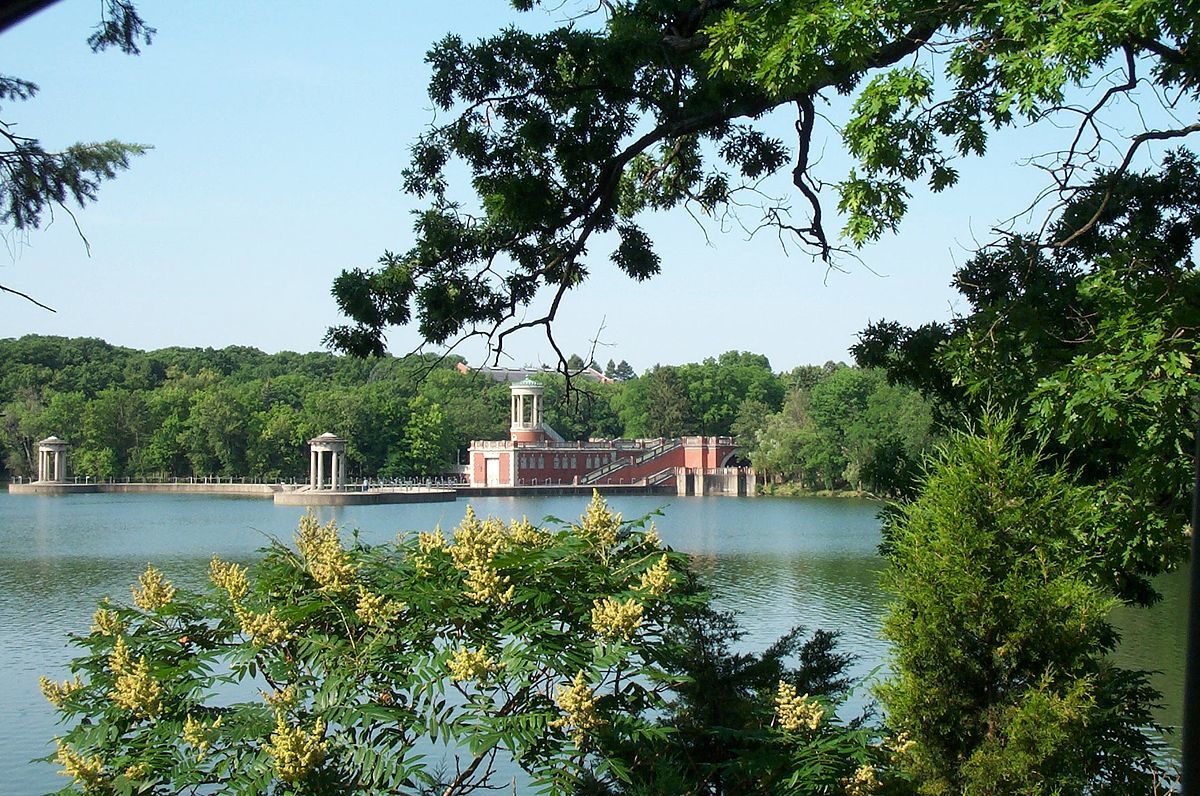 Named after George Mundelein, an archbishop who later became a cardinal, the village of Mundelein is home to one of the largest seminaries in the U.S. Almost half of all households have children and a very active web of local government and community organizations host activities, including a host of fairs and fun things to do, making it an attractive option for a Chicago couple looking to settle down. —NK

Ahh, the home of 3 Floyds Brewing Co—Munster might be across the state line, but it's essentially a Chicago suburb. Who wouldn’t drive just 30 miles to stand in line for a fresh case or two of that hard-to-find and simply irresistible and hoppy Zombie Dust pale ale? Of course, you can also tour the ever expanding brewery, or just pop in the brewpub to enjoy some Gumballhead on tap over a snack. While you’re probably in town for the beer, Munster is also home to some pretty nice parks, like Centennial Park, if you’re feeling the need to get out of the city and stretch your legs. —LR 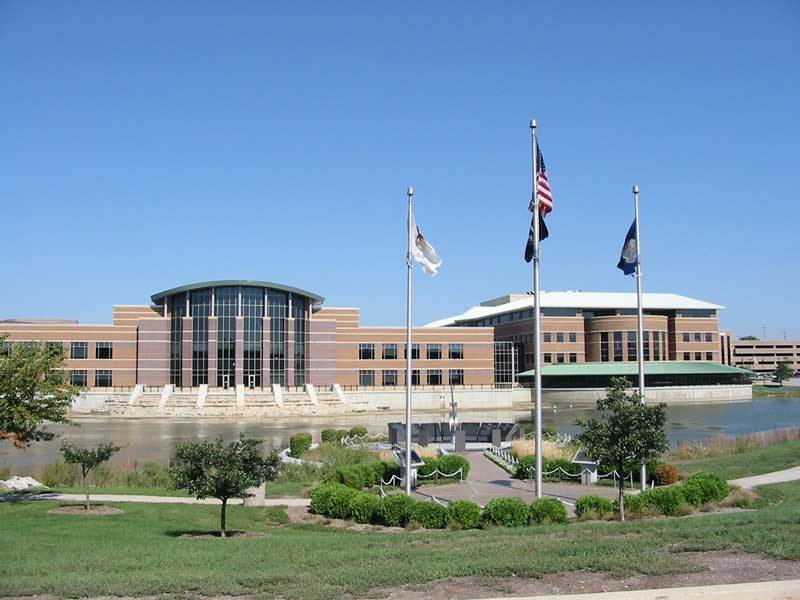 The Metra UP-W drops you off right into the middle of downtown Wheaton, where you could spend the whole day hopping from bar to bar along the cobblestone streets. Start at Suzette’s Creperie—where you’ll feel like you’ve walked into someone’s home to have a meal. Small tables are lined with mismatched chairs and couches, where you can grab a glass of wine and savory crepes. Afterwards, make your way to the Cellar Bistro for live music and a homey patio with a menu packed with dishes like baked brie. Grab a reasonably priced bottle of wine and take whatever you don’t finish on the train back to the city. Not enough? There’s still Dry City Brew Works (name courtesy of the city’s strongly held liquor laws, which were only overturned in 1985) and Tasting deVine. —Elizabeth Atkinson 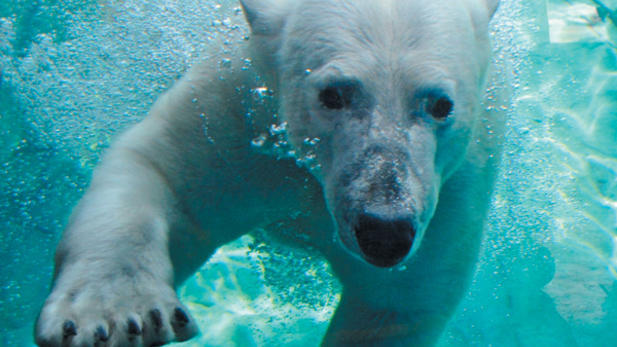 Most Chicagoans know of Brookfield because of its zoo, a gigantic 216-acre expanse (that’s like six Lincoln Park zoos rolled into one) that houses more than 400 species of animals. That’s just one of the reasons we’d consider becoming residents—another is a restaurant called Burger Antics, which is basically Kuma’s Corner without the heavy metal trappings. The town also hosts Galloping Ghost, the largest arcade in the U.S., with hundreds more games than those dinky arcade bars in Chicago. —ZL