The 7 best things we saw, ate and drank in February

February was a surprisingly delightful month in Chicago. The weather was unseasonably warm (aside from a few brief cold stretches), and folks around town did not fail to take advantage of it. From some amazing meals to an inspiring and compelling interactive art piece, Chicago truly inspired us last month.

Here are seven of the best things we saw, ate and drank in February.

Peking duck at the Duck Inn

I’d never been to the Duck Inn before, but the restaurant’s name makes it easy to determine its specialty dish. When you confirm your reservation, you’re asked if you’d like to reserve a duck— I didn’t have to think twice about saying “yes.” As it turns out, my reservation fell during the Bridgeport eatery’s Chinese New Year celebration, which featured chef Kevin Hickey’s spin on Peking duck. With its crispy, savory skin and tender breast meat, the duck rivaled Sun Wah BBQ’s hallowed rendition of the dish. Is it too early to make a reservation for the Year of the Rooster? —Zach Long

This year’s fourth annual Poutine Fest offered up French fries covered in all sorts of gravy prepared by some great Chicago restaurants. Beer was flowing, courtesy of local breweries like Breakroom Brewery, Temperance Beer Co. and Metropolitan Brewing. In the end, Mindy’s HotChocolate came through with duck heart poutine for the judge’s win, which was deliciously savory. Runners up included FarmBar and mfk. The people’s choice went to Q-Tine, with runners up from Mindy’s HotChocolate and Revolution Brewing. I had a fun and gravy-filled afternoon, which was promptly followed by a long French fry and beer-induced nap. —Elizabeth Atkinson

The Strandbeest strolling through Millennium Park

Witnessing the Strandbeest come to life in front of the Bean was easily the best thing I saw in February. Later in the month, I also made it to the Chicago Cultural Center to see the full exhibit, "Strandbeest: The Dream Machines of Theo Jansen." Jansen’s Strandbeests, or “beach creatures,” are moving, seemingly breathing sculptures made of PVC pipe, wind sails and zip ties. You can see eight of them (plus sketches and photos) for free at the Cultural Center through May 1. Be sure to the schedule ahead so you’re present for a demonstration of the beach creatures in motion. —Laura Rote

We featured this strange cocktail from Weegee's Lounge in our Armitage bar crawl back in September, but I can't help but give it a little more love. The drink is whiskey-based and is garnished with olives, but its other contents are pretty much a mystery. It's not always listed on the menu at the bar, but it's always available for $5, which is a goddamn steal for anyone who's wallet is burning after a night of $10 cocktails. A word to the wise: Do not down three or four of these bad boys and expect to be functional the following day (I had a flight and I felt like I was poisoned). —Clayton Guse

Chicagoans have long known that Mavis Staples is a national treasure, but a new documentary about the gospel singer seeks to solidify her legacy. In early February, I attended the premiere of Mavis! (which debuted on HBO on February 29) at the DuSable Museum of African American History and had the pleasure of watching the new doc in the same room as its subject. The film traces Staples’ life from her childhood on the South Side of Chicago, to her time with the Staple Singers and the recent resurgence of her solo career. It’s packed with powerful performances as well as cameos from the likes of Jeff Tweedy and Bonnie Raitt. More importantly, it captures Staples’ talent, wit and history just in time to introduce her to a new generation. —ZL 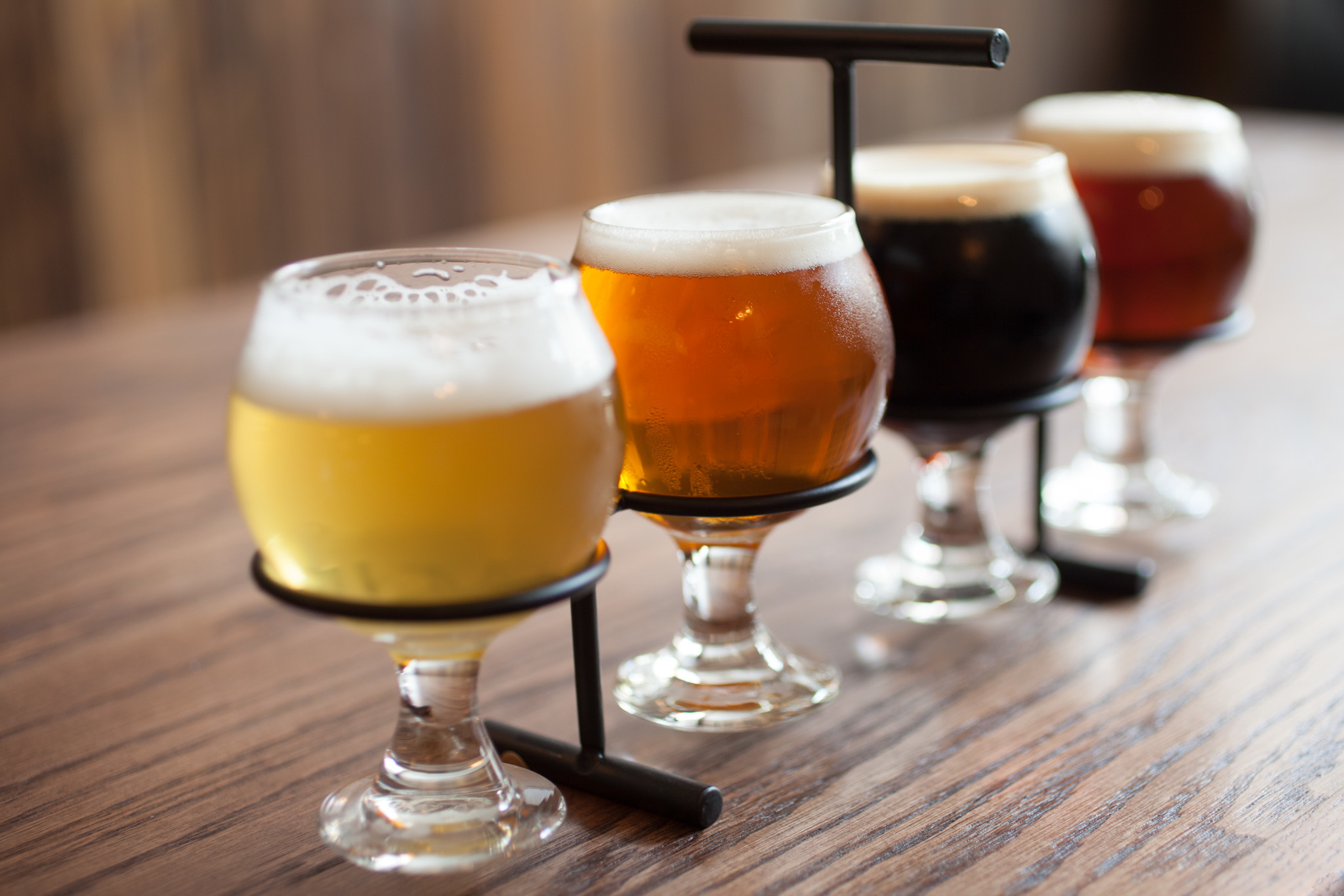 If there’s one way to get me into a bar, it’s with half-priced beer flights. The selection at Beermiscuous never fails to delight, and even at full price they’re totally worth it. But add the deep discount (flights are 50% off on Wednesday evenings from 5-8pm) and it’s a guaranteed win. The kegs are cycled regularly, and it seems like nothing stays on tap for too long, so you’ll  always get to try something new. It’s also BYOF, so stop beforehand and pick something up (a favorite of mine is the nearby Andy's Thai Kitchen) and try some really great craft beer. —Elizabeth Atkinson

The barback at the Berkshire Room, where I sat for a drink on the night I spent upstairs at the ACME Hotel early last month, told me this sandwich was his favorite thing on the menu. Figuring, for whatever reason, that the barback would be less likely to feed me a line than the bartender (and I say that as a former bartender myself), I decided to trust him. Now it’s my favorite thing on the Berkshire Room’s menu. I always love a good Reuben and will try one just about anywhere I find one on the menu, but replacing the traditional recipe’s corned beef with tougher, richer braised thick-cut bacon played unexpectedly beautifully with the swiss cheese, thousand island dressing and marble rye. —Kris Vire