The 9 best things we saw, ate and drank in December

December proved to be an excellent finish to another solid year in Chicago. The weather was unseasonably warm (thanks El Niño), which put a little pep into Chicagoans' steps as they relished what was likely the last stretch of pleasant temperatures before the cruel realities of winter set in.

We looked back on the nine best things our editors saw, ate and drank during the final month of 2015. 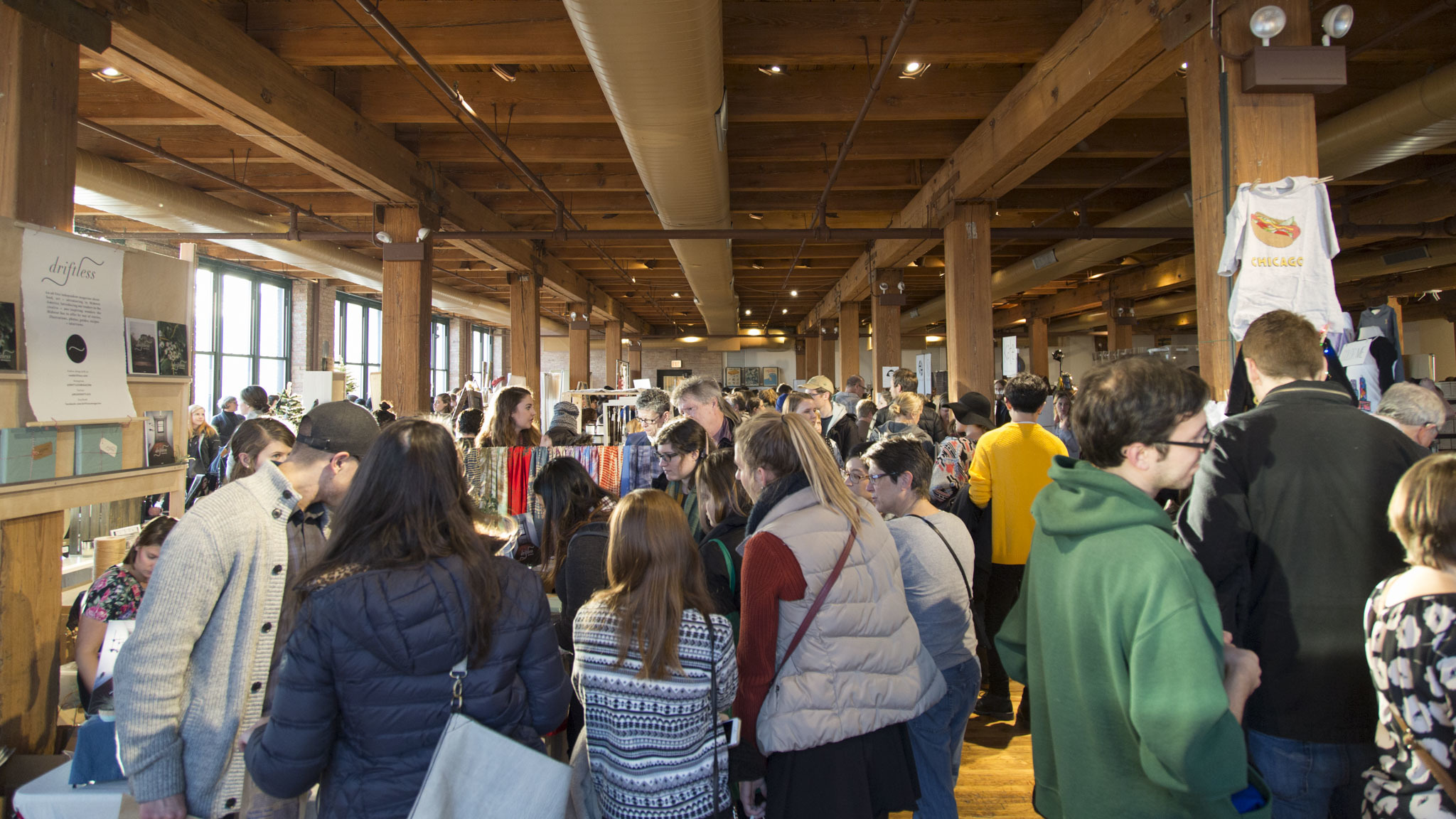 December was the month of shopping, and for me it was also the month of some serious last-minute purchasing (I’m usually ready to wrap Christmas gifts by Thanksgiving). Fortunately, Chicago has a ton of amazing—many of them recurring—markets. Last month I finally made it to my first Renegade Craft Fair, the holiday installment of which was held at Bridgeport Art Center. The massive venue was absolutely stuffed with shoppers so I didn’t spend quite as much money as I could have simply because people were elbow to elbow. Vendors like Leah Ball, Le Coeur and Chicago Birch were just some of the crowd favorites. My December also included excursions to great holiday markets like Dose and the smaller but just as fun Revolution Craft Fair at Revolution Brewing. —Laura Rote

One of the best things about visiting Goose Island Clybourn is showing up at the bar when it’s having a special tapping. I dropped in expecting to get a brewpub-only beer, but ended up with one of the most festive stouts I’ve had. Goose Island brewers added candy canes to their Cthulhu oatmeal stout, providing a balance to the creamy and rich beer. There’s an explosion of peppermint in the nose, while the chocolate malts makes the taste smooth and perfect for winter. —Elizabeth Atkinson

Potato at Band of Bohemia I often order vegetarian entrees, and I’m always delighted when the kitchen has obviously put a lot of thought into creating something special. Example: The potato at Band of Bohemia, which features super thin layers of potato, grilled and served with romesco sauce and olive tapenade. It’s best paired with the brewpub’s grilled apple tarragon beer. —Amy Cavanaugh

Until this year, I’d never experienced one of Andrew Bird’s fabled Gezelligheid shows, which find the violinist holed up in the beautiful Fourth Presbyterian Church for multiple nights of concerts that usually sell out in an instant. Now I know why: A church is the perfect acoustic space for an artist like Bird, who filled the altar with his signature horn speakers (including the one that spins) and unleashed gorgeous renditions of tunes from his catalog into the reverberating hall. On the night I attended, he sang Handsome Family songs with local singer Nora O’Connor and debuted the theme he composed for the upcoming FX series, Baskets. Best of all, the show gave me a valid excuse to put off my Christmas shopping for one more night. —Zach Long When in Rome, you do as the Romans do. And when in Bridgeport, you eat a goddamned breaded steak. I spent a weekend in December working at Time Out Chicago's booth at the Renegade Craft Fair at the Bridgeport Art Center. While heading to the fair's second day, I couldn't help myself from picking up a sandwich at Johnny O's (3465 S Morgan St). It was a massive monstrosity that was liberally covered in red sauce, which in retrospect was a terrible choice to eat at a craft fair. I did my best to be as subtle as possible while gnawing on the sandwich—I don't think the artsy crowd at the event had any interest in talking to a fellow with a mouth full of bread, meat and sauce. The breaded steak at Johnny O's wasn't quite as good as the sandwich at the legendary Ricobene's, but it certainly got the job done. —Clayton Guse

Yeah, yeah, yeah. It’s stereotypical, but shopping for gifts at Macy’s is always unexpectedly nice for me. It was packed. Tourists bumped my knees with their bags. I didn’t necessarily buy much, but I enjoyed walking through the decorated makeup floor, tossing a few coins in the fountain, checking out the massive Christmas tree and riding the escalators up and down the floors. In fact, most people weren’t buying much either, they were just there to walk around and say they enjoyed Christmastime at Macy’s. And I can say that I did, too. Aside from all the heartwarming holiday stuff, there’s always some killer deal that will have you buying yourself a gift before grandma. —Nick Kotecki

We already gave you one reason to head to Scofflaw for weekend brunch, but if you need another, try the Holy Collapse during your next visit. The neon-yellow cocktail comes with Letherbee Gin laced with turmeric, ginger, Jamaican jerk spice and lemon—it’s the perfect hangover cure and tasty enough to order a second. —EA

The Gluhwein-filled boots at Christkindlmarket One of the best ways to fight the winter blues in Chicago is by drinking copious amounts of alcohol, and there's hardly a more pleasant introduction to the season than the Gluhwein at Christkindlmarket. This year, the market brought back its souvenir boot-shaped mugs after a two-year hiatus, making the experience of getting buzzed off hot wine all the more adorable. With the city's official Christmas tree moving to Millennium Park from Daley Plaza this year in an effort to create a new "winter campus," one could speculate that the Christkindlmarket might move east of Michigan Avenue in 2016. Regardless of the market's location, I'll show up every year to get a cup or four mugs of Gluhwein. —CG

The cold winter months bring a deluge of seasonal beer releases, many of which are dark imperial stouts that warm drinkers with their high alcohol content. Off Color may not have been the first brewery to attempt a s’mores-flavored stout, but theirs is the finest rendition I’ve tasted. Using a combination of graham flour, marshmallows, vanilla and cocoa nibs, Dino S’mores hits some of the same flavor notes as the campfire treat without being saccharine. When the weather begins to get chilly each year, it’s the local beer I find myself looking forward to most. —ZL