The five best things we saw on Friday at Lollapalooza

Grant Park turned into a muddy mess the second day of Lollapalooza, but the fest’s attendees are a devoted bunch—it takes more than a few storm clouds to put a damper on the event’s 25th anniversary festivities. We put on our ponchos and trudged through the muck to track down the brightest silver linings on an otherwise gloomy day. 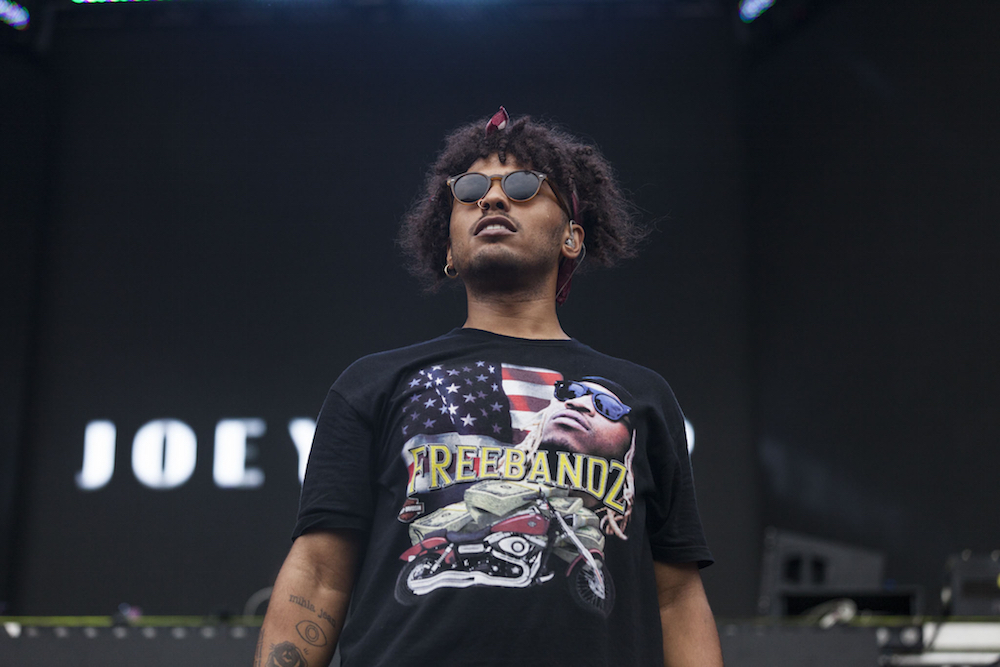 A last-minute replacement for UK rapper Skepta (who dropped out of Lolla because of visa issues), local emcee Joey Purp treated his set on Perry’s Stage like a showcase of Chicago’s hip-hop prowess, both past and present. Backed by producer Knox Fortune, Purp welcomed a succession of guests, egging on the crowd with appearances from SaveMoney crew associates like Mick Jenkins (who turned up for his verse on "Money & Bitches") and Towkio (reprising the SaveMoney anthem, "G W M"). Perhaps the most genuinely surprising cameo was an appearance by Chicago native Twista, who performed his 2004 single "Overnight Celebrity" with Purp’s assistance. The only thing missing was a surprise drop-in by Chance the Rapper, but of course, he already turned up on Perry’s Stage last night. —Zach Long 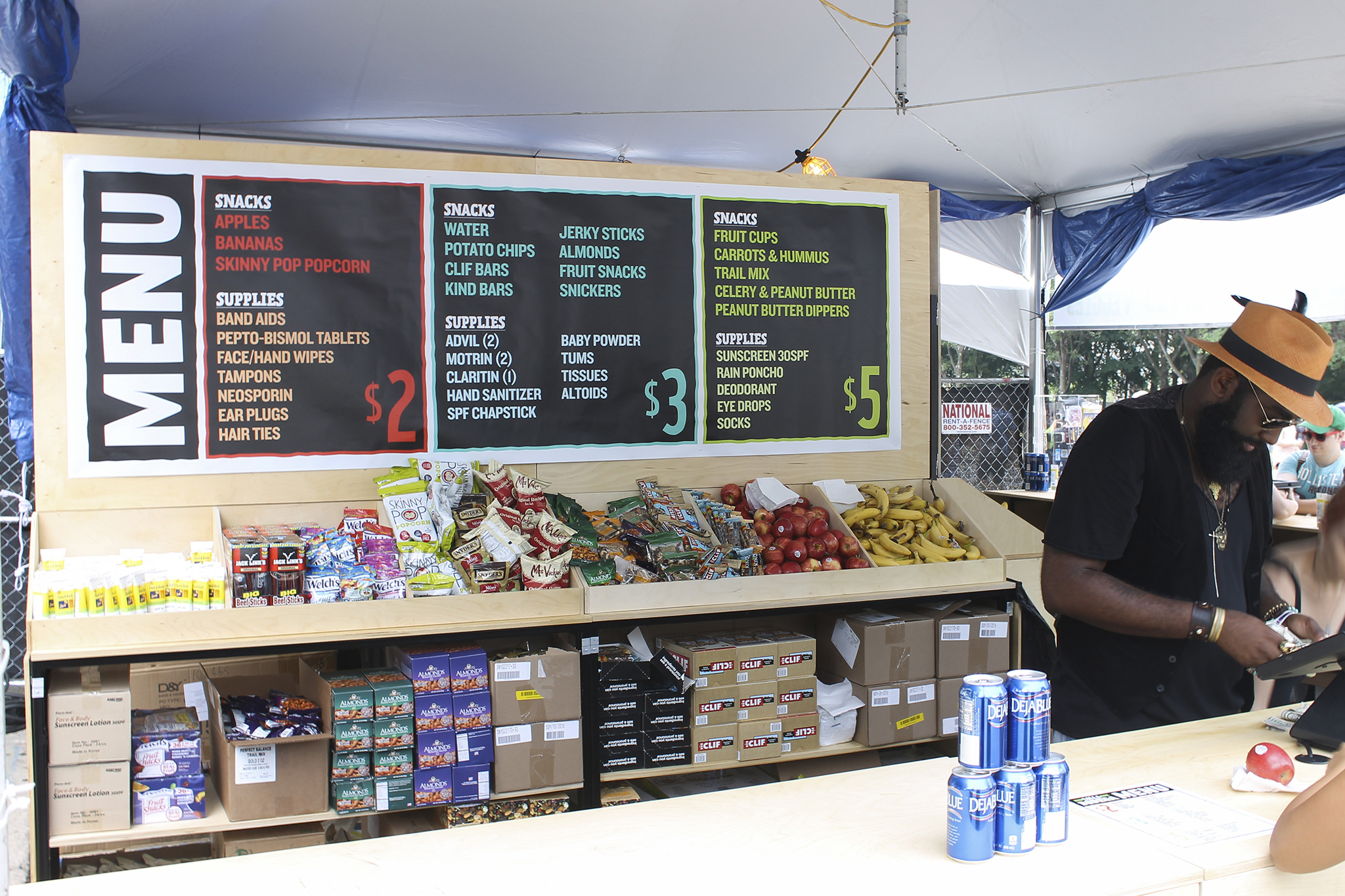 Forget about running to a nearby 7-Eleven or Walgreens to grab Advil, toiletries or a poncho during Lollapalooza this year. Organizers have set up "bodegas" on either side of the park (one at Columbus Drive and Jackson Drive, the other at Columbus Drive and Balbo Avenue), selling a selection of snacks and supplies to anyone who forgot to properly stock their festival survival kits. A couple dollars will get you fruit, water, trail mix, hand sanitizer, sunscreen, a poncho or even a new pair of socks. You'll pay a slight premium for the convenience, but maybe next time you'll remember to pack some extra baby powder. —Zach Long 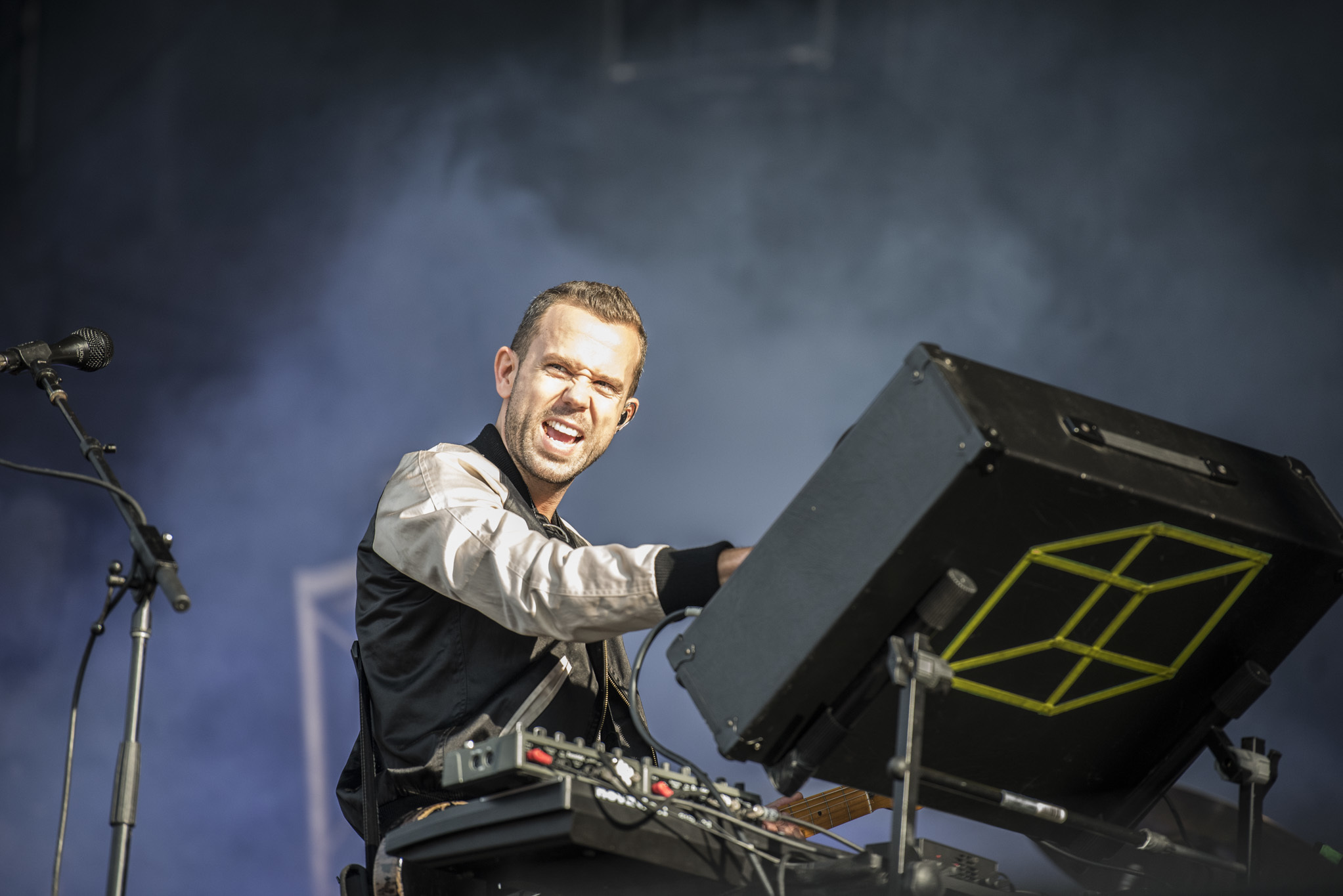 Lolla had plenty of scheduling conflicts this year (it still happens when you expand the fest to four days), but attending M83's late-afternoon set was a no-brainer. Riding on the success of its latest album, Junk, the group's peppy, synth-heavy performance set the stage for Radiohead's two-hour headlining show. Sure, Anthony Gonzalez's songs can be a bit campy, but you'd be hard-pressed to find another band on this year's bill that's capable of making tens of thousands of people forget about the weather and dance amid the puddles. Complete with a rendition of "Midnight City" (the group's claim to fame), M83 capped off the evening with what easily qualifies as one of Lolla's most amazing saxophone solos. —Clayton Guse 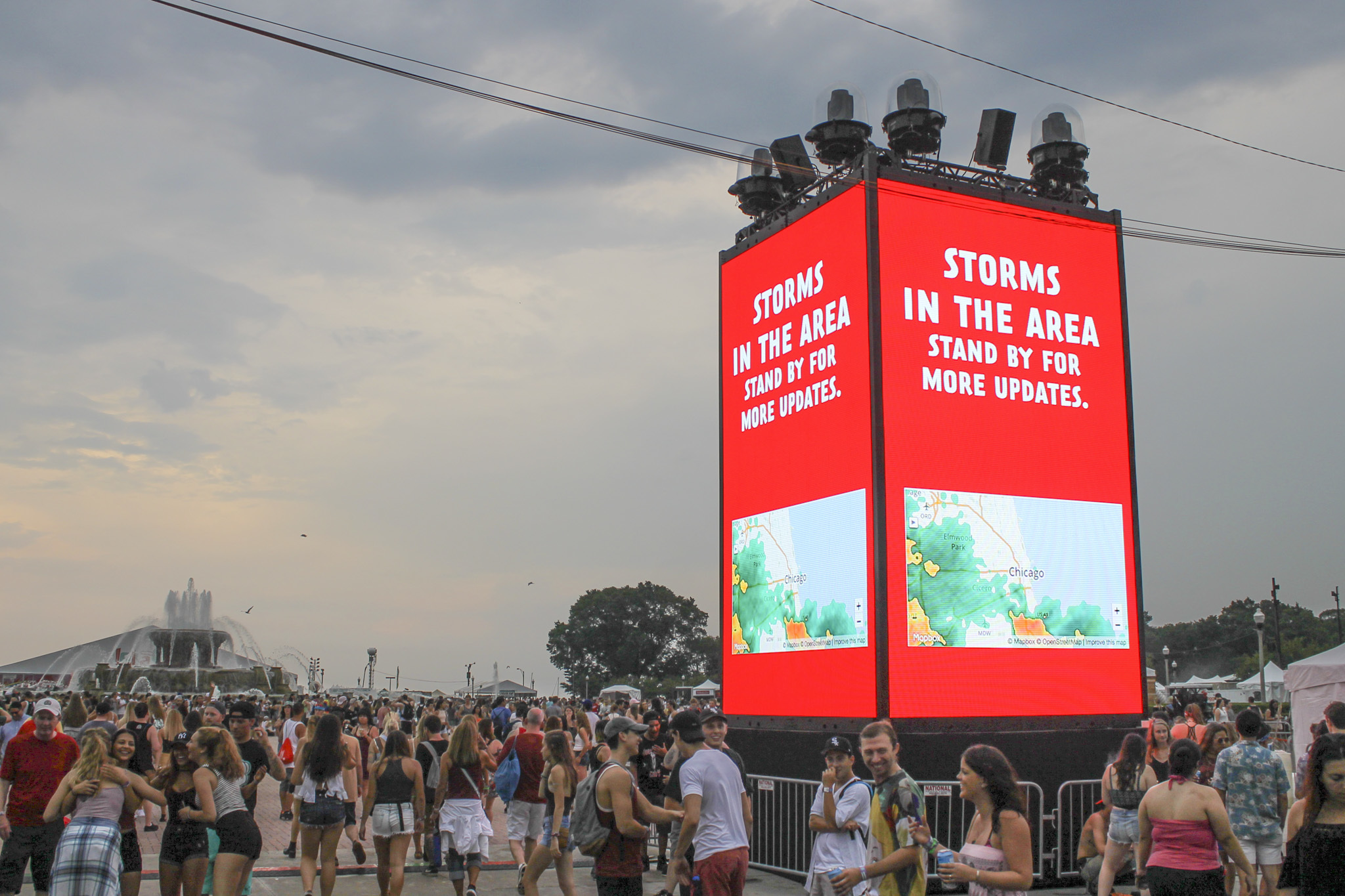 Rain has been a constant during this year's Lollapalooza, but organizers have done their best to keep attendees updated about current weather conditions. Jumbotrons near the main entrance and on either end of the park have displayed radar images, warning guests when there's a storm in the area (which has consistently been the case). The splotches of green that have camped out over Chicago may not be the most comforting imagery, but at least Lolla is doing its part to help attendees conserve precious smartphone battery power this weekend. We're sure that everyone is using that extra juice in a constructive way. —Zach Long

Radiohead's long-awaited return to Lollapalooza wasn't a particularly revelatory affair—Thom Yorke and company simply turned in a two-hour set that seemed designed to please even the most casual fan. During its best moments, the performance itself oscillated between the visceral and the surreal, melding flashing video collages with the synthesizer fanfares of "Idioteque" and the complex rhythms of "Myxomatosis." Atmospheric tracks from the group's most recent album, A Moon Shaped Pool, were present, but none of the live renditions felt as fully realized and fussed over as the back catalog selections (give them a few more years of road testing). Tonight's performance may never be talked about in the same hushed tones that greet mentions of Radiohead's set at Lolla in 2008, but amid one of the weekend's largest crowds, the overwhelming consensus seemed to be that everything was in its right place. —Zach Long