Day two of Pitchfork Music Festival was hot, sweaty and packed with bodies, with lines stretching out of beer tents and porta johns while bands took the stages.

A great DJ will get the crowd moving, but a really great DJ will bring some of their own dancers to the party. During their respective sets, footwork pioneer RP Boo and producer Jlin each grinned from behind a bank of turntables while a group of footworkers showed off some impressively swift moves at the front of the stage. Watching them float across the stage, jumping and twisting from foot to foot, was just as compelling as the tightly sampled, staccato beats that fueled their movements.—Zach Long 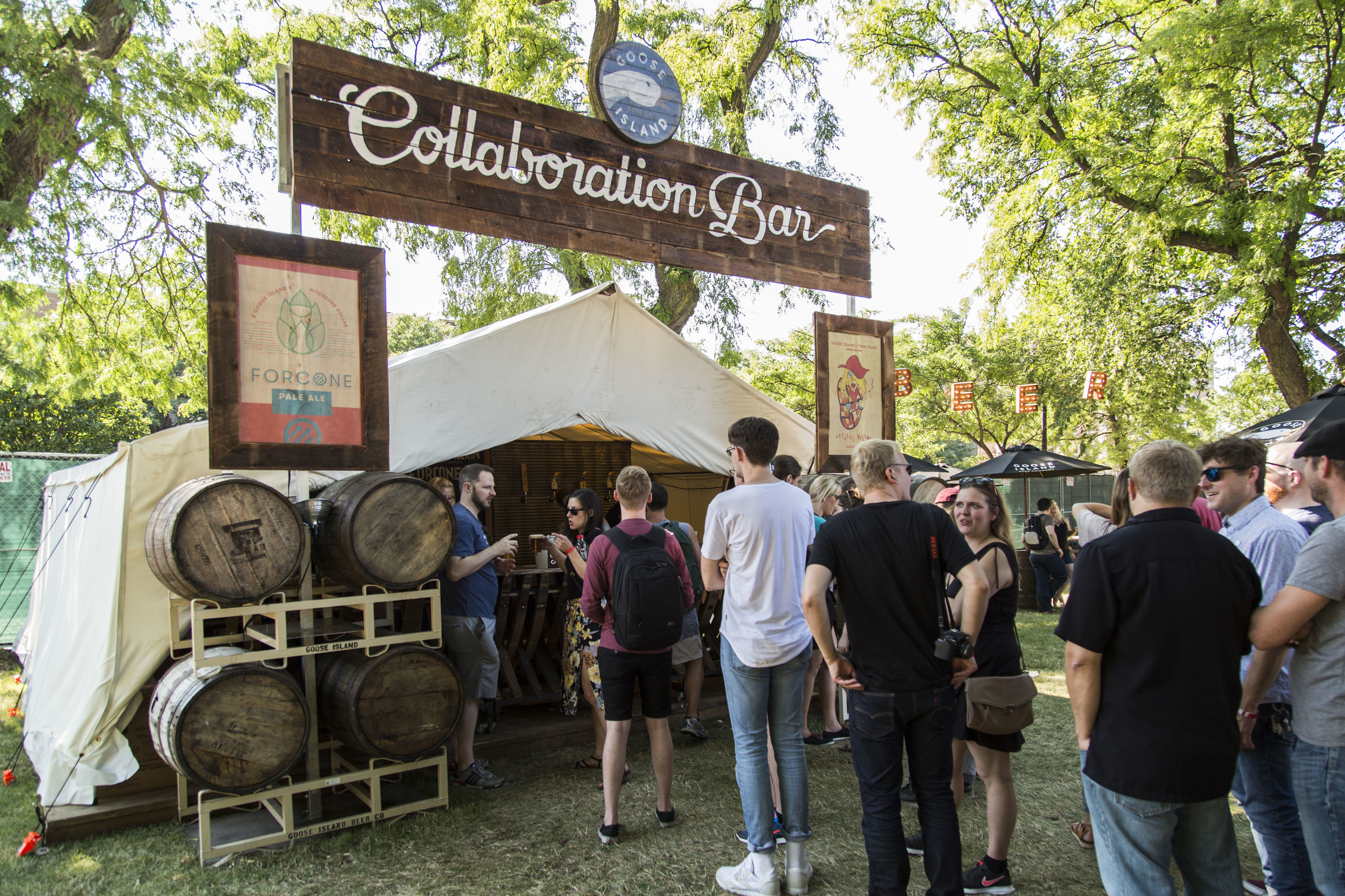 Ever since Goose Island was reinstated as Pitchfork's official beer sponsor, the Chicago-based brewery has collaborated with a band playing at the fest on featured beer. This year, that band was Twin Peaks, and the beer was a "garage lager" dubbed Natural Villain. It tastes a lot like a Negra Modelo, which is a far cry from the brews that Goose Island usually puts out. Festival goers were also able to sip on Forcone Pale Ale ("forcone" means pitchfork in Italian), which is a hoppy sipper that first debuted at the festival in 2013. Since returning as the beer sponsor, Goose Island has made Pitchfork's beer selection the best of Chicago's major summer music festivals. This year was no exception.—Clayton Guse

Though he turned in the penultimate set on Pitchfork’s smallest stage, Anderson Paak treated his performance like he was playing to the crowd assembled for Sufjan Stevens on the main field. Shifting from hip-hop to R&B to funk—often handling vocals while sitting behind the drum kit—Paak quickly proved himself as one of the festival's more versatile performers. Part emcee and part bandleader, Paak and his band showcased the genre-blending scope of his recent album, Malibu, with extended instrumentals and a guest spot from local artist (and fellow Pitchfork performer) BJ the Chicago Kid. The commanding presence and vivid lyricism recalled Kendrick Lamar’s first performance at Pitchfork in 2012—Paak's next visit to the festival seems primed to be a more grandiose affair.–ZL 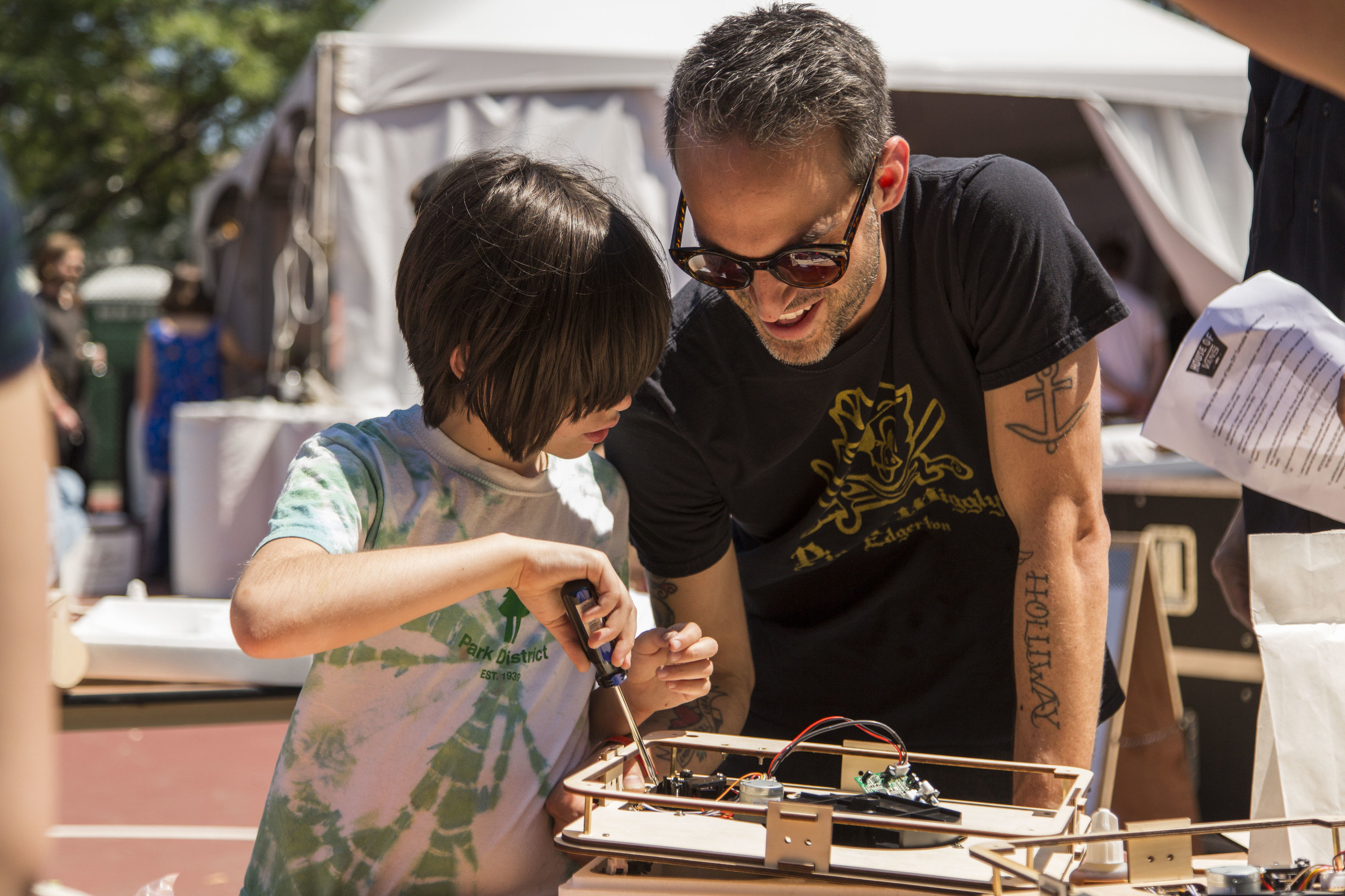 There's plenty of free swag to grab at this year's festival, from Luden's cough drops to flexi disc records, but Vans is putting every other brand activation to shame by giving away free turntables. The only catch? You have to build them yourself, using a collection of parts and some provided tools. To sign up for a chance to participate, stop by the Vans RV (located near the CHIRP Record Fair tent) first thing tomorrow and look forward to spending part of your day at the festival getting frustrated while trying to follow detailed instructions.—ZL

5. Sufjan Stevens putting the city under his spell 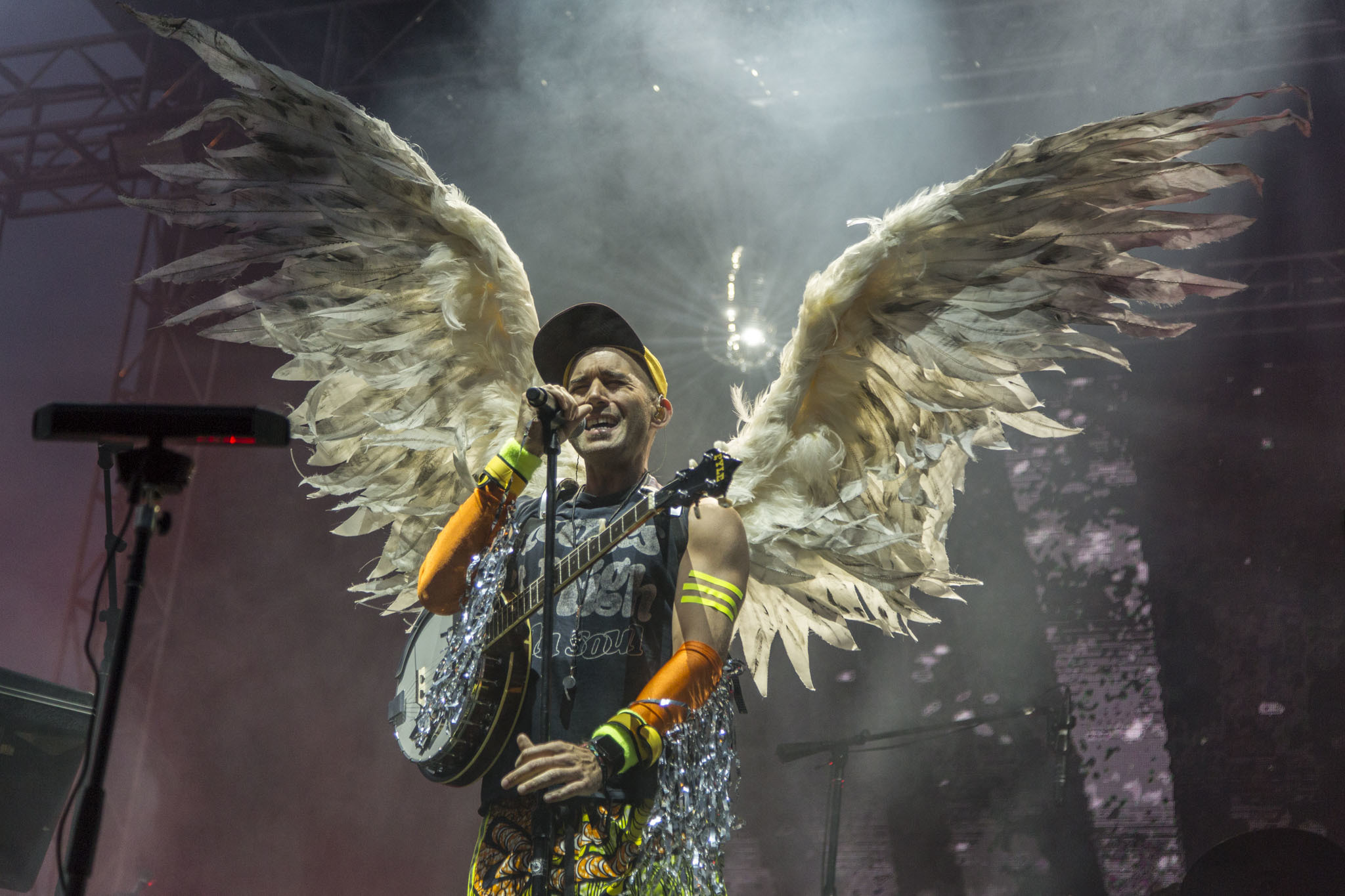 Chicago fell in love again on Saturday night, as all things were go at Sufjan Stevens' closing set. The stage was backed by an elaborate screen that played clips that looked like a window into Stevens' nostalgic memory. The choreography and lights were on-point, and the costumes were so over-the-top that they were beyond laughable. Not surprisingly, he peppered in tracks from his 2005 album Illinois, including "Come On! Feel the Illinoise!" and "Chicago." After the opening number ("Seven Swans"), Stevens told the crowd, "Welcome to the Sufjan Stevens community hour," and he did not disappoint—heck, he closed out with a cover of Prince's "Kiss." The 90-minute set was a cosmic joy fest that was an absolute pleasure for the eyes and ears alike.—CG 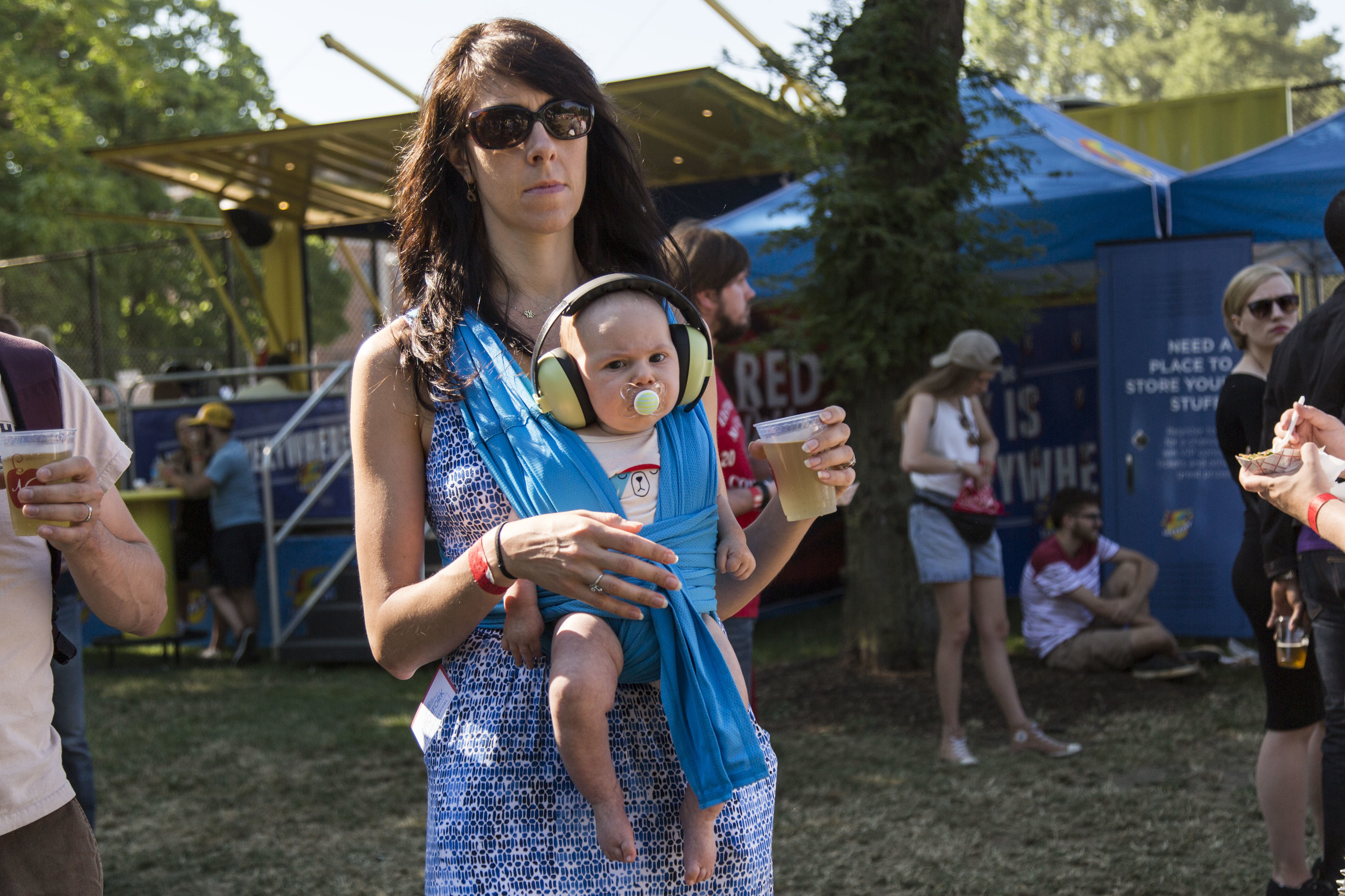 The best fan at Pitchfork on Saturday wasn't a hula-hooper or a way-too-excited dancing man—it was this baby. The mother of the child is a true-blue music fan, as she's holding her months-old infant in a fabulous sling while drinking a cider at one of Chicago's biggest summer music festivals. The baby is throwing a High Fidelity level of judgment and shade at everyone else in the crowd, and he/she is sure to become the coolest human on earth in 20 years. If there were a photo to sum up #MomGoals, this would be it.—CG