Morning forecasts calling for thunderstorms did not deter the zealous music fans at Pitchfork Music Festival on Sunday from taking in one of the most eclectic daily lineups. Thankfully, the rain didn't show up, but a whole lot of great bands did.

Jazz is a genre that has traditionally been underserved at Pitchfork, but Sunday’s bill brought plenty of heady, cosmic grooves to Union Park (much to the crowd's delight). On the Blue Stage, the long-running Sun Ra Arkestra primed the hyperdrive with spiraling melodies, establishing the proper conditions for Kamasi Washington’s 45 minutes of interstellar overdrive in the main field. Backed by a formidable rhythm section and accompanied by his father, the West Coast saxophonist made it through only five expansive tracks, each packed with impressive solos and tight grooves that had the majority of attendees bobbing their heads in approval. We could have listened to another hour, but the festival must go on… —Zach Long 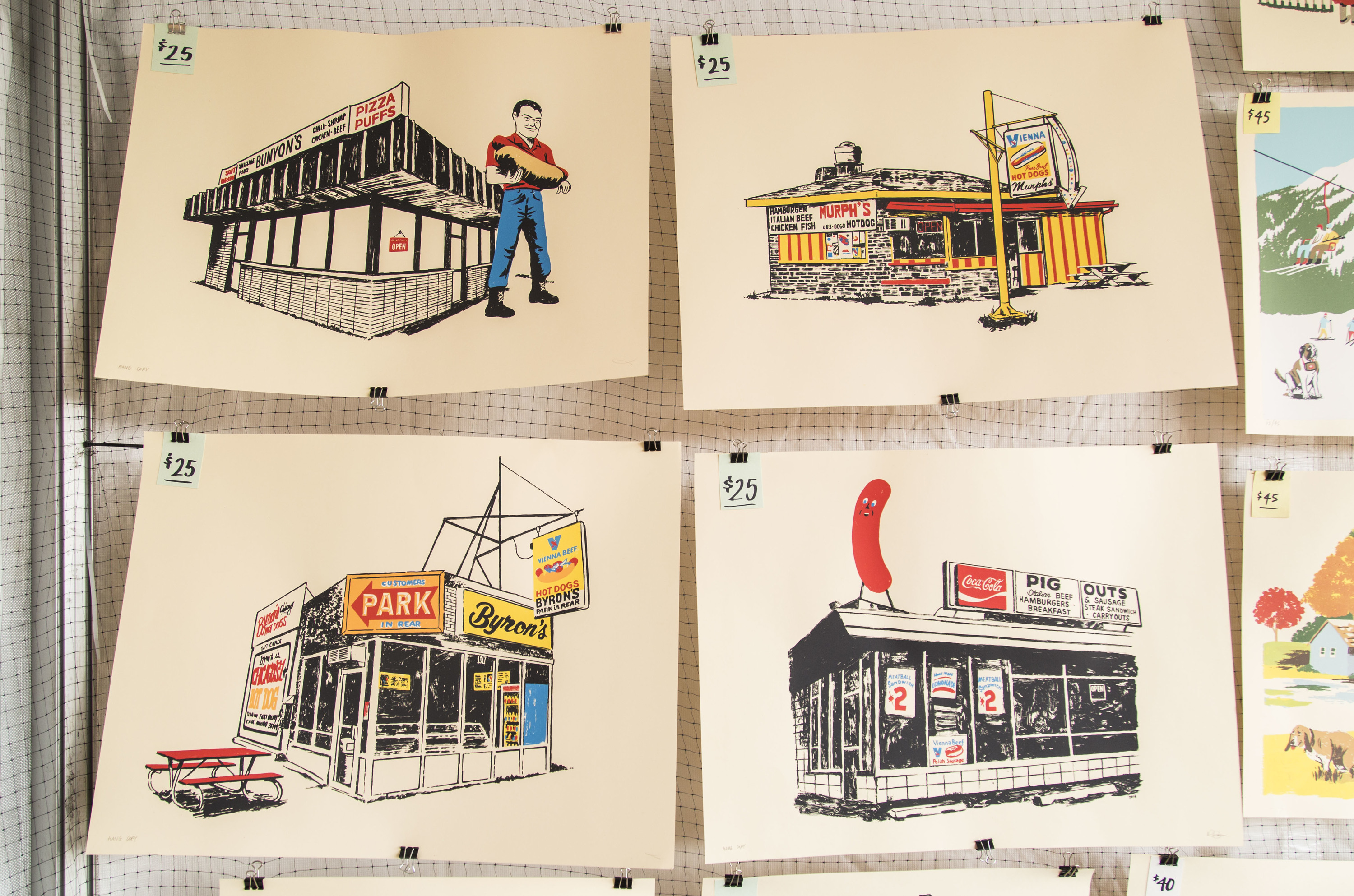 As usual, the Flatstock poster show was set up on the east end of Union Park, filled with local and national artists slinging prints and posters. We saw plenty of things we’d like to frame and hang on our walls (if only we had more space), but we particularly enjoyed Drug Factory Press’s tribute to the most quintessential of Chicago institutions: the hot dog stand. Artist Ryan Duggan was selling the first four prints in an ongoing series devoted to defunct (and a few existing) sausage joints—if you missed them at Flatstock, they’re available online. —ZL 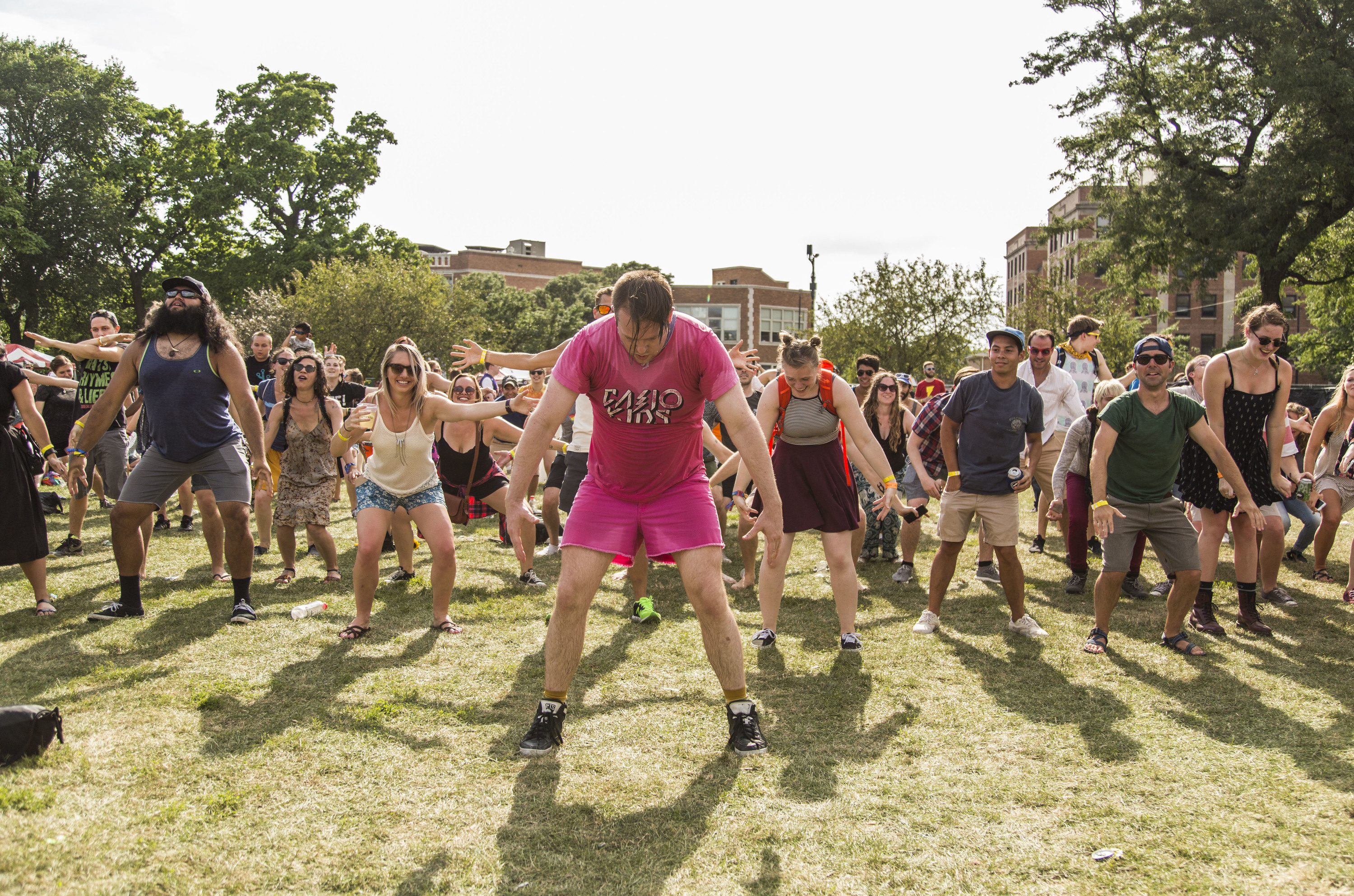 At the end of the day, the whole point of seeing live music is to dance, and while Brooklyn duo Holy Ghost! might not have been the most danceable artist at the fest, it did manage to draw the best dance party of the weekend. During the group's set at the Green Stage, a group of dancers in the crowd—led by an enthusiastic gentleman donning a hot pink T-shirt—formed a dance line that peaked at 100 people. We couldn't help but be impressed by the Beyoncé-style "formation." —Clayton Guse 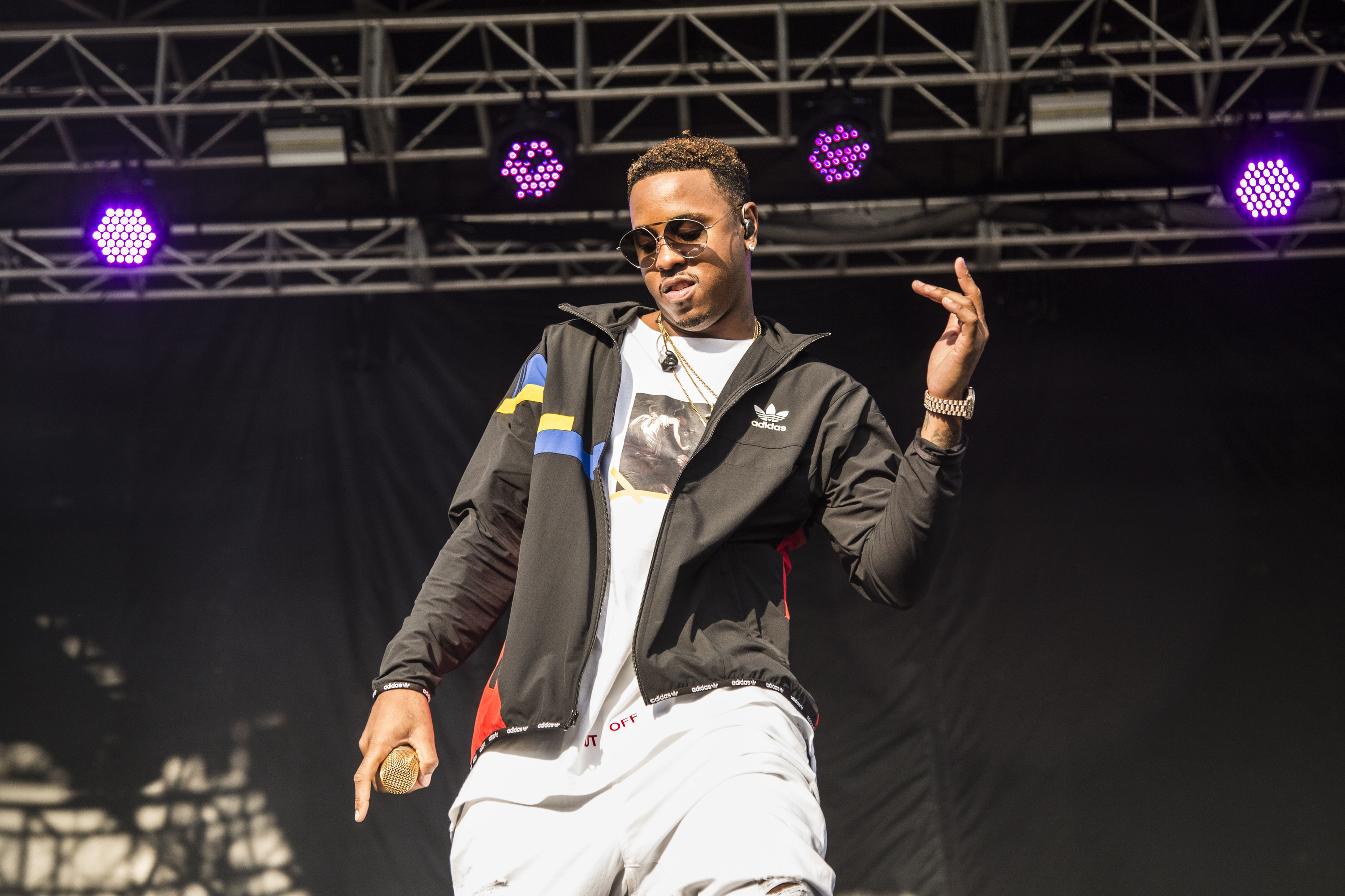 Performing at Pitchfork Music Festival on his birthday, Chicago-native hip-hop artist Jeremih generously brought a gift to share with the flagging Sunday crowd in the form of a surprise guest. Rumors had been swirling all weekend that Chance the Rapper was in attendance, but they were confirmed when he took the stage with Jeremih to the refrains of “No Problem.” The appearance prompted a stampede of curious onlookers, most of whom showed up in time to see Chance turn in a few verses of “Angels” and then promptly leave the stage, allowing Jeremih to continue his set. Chance is making a habit of popping up at festivals (as anyone who went to Mamby on the Beach or Taste of Chicago is aware), but that doesn’t make it any less exciting to catch a glimpse (and maybe a Snapchat) of him. —ZL 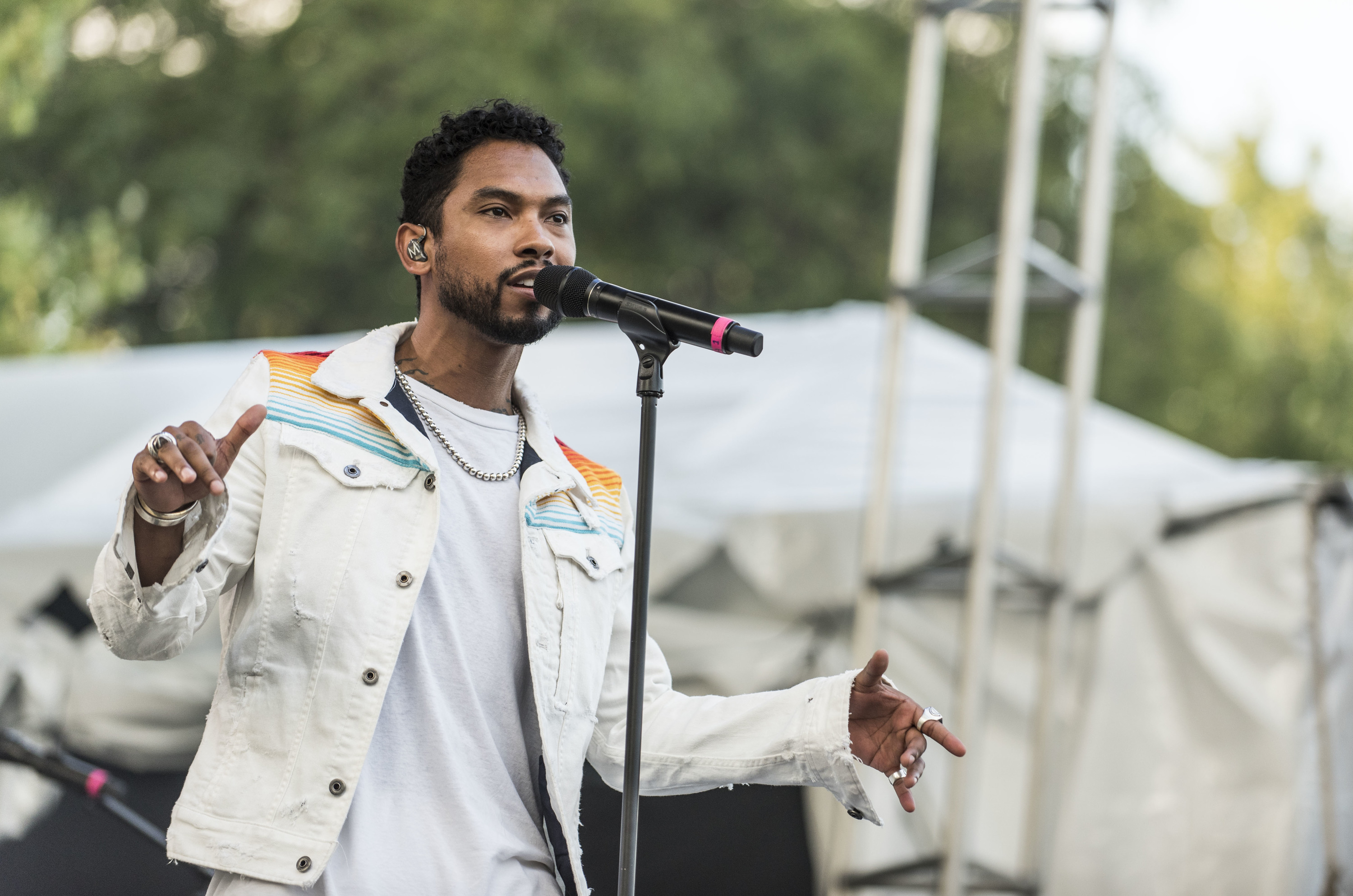 “Two weeks ago we cared,” Miguel declared halfway through his late-evening set, referring to the shootings of Philando Castile and Alton Sterling in early July and the ephemeral nature of public consciousness about the tragedies. It was one of the more overt political statements of the entire festival, occurring directly after the R&B singer tore through a sultry new track that repeatedly climaxed with a chorus of “I wanna fuck all night” (and just before a few a cappella verses of his Black Lives Matters anthem, "How Many"). Miguel’s unsubtle balladry and poignant social commentary made it clear that he’s a lover, whether he’s yearning for physical intimacy or expressing solidarity with his fellow man. The talented live band at Miguel’s back helped drive his messages home, underpinning a performance that was unflinchingly honest. —ZL