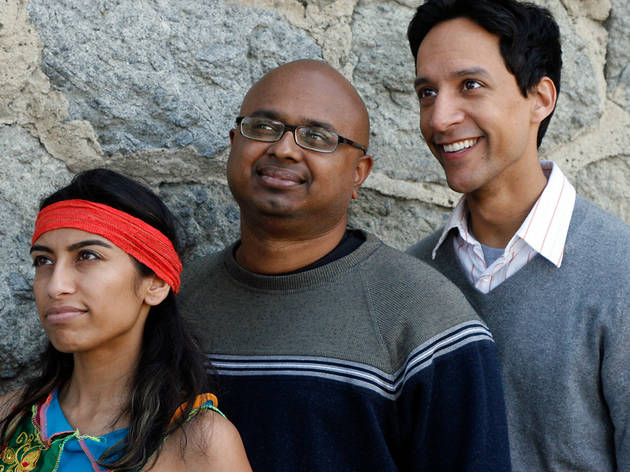 1/9
Siblings of Doctors, featuring Rasika Mathur, Ranjit Souri and Danny Pudi, is likely to be a top draw at Sketchfest 2014. 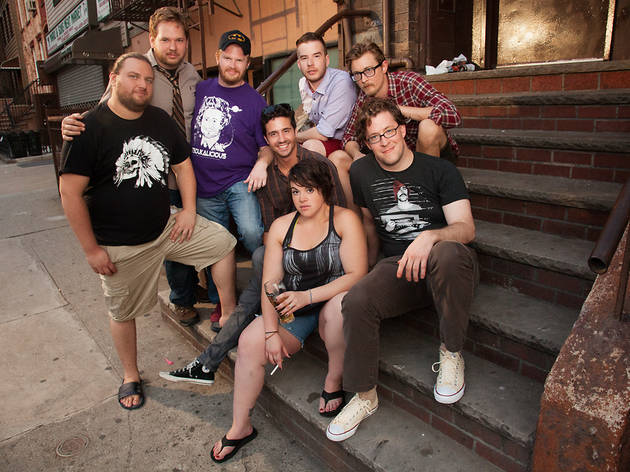 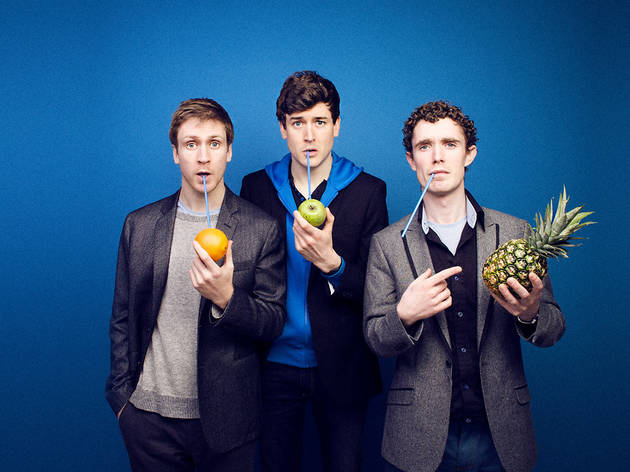 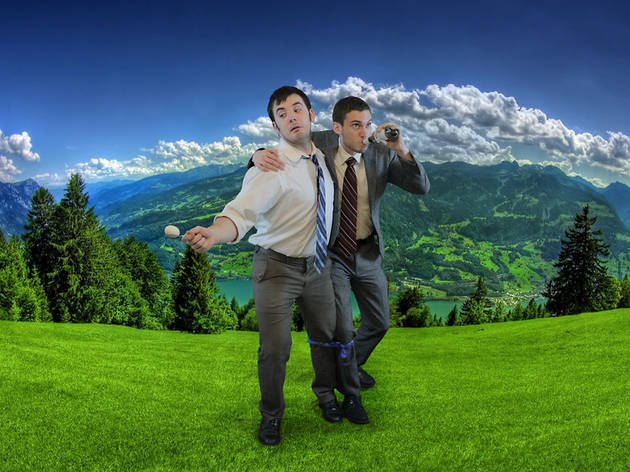 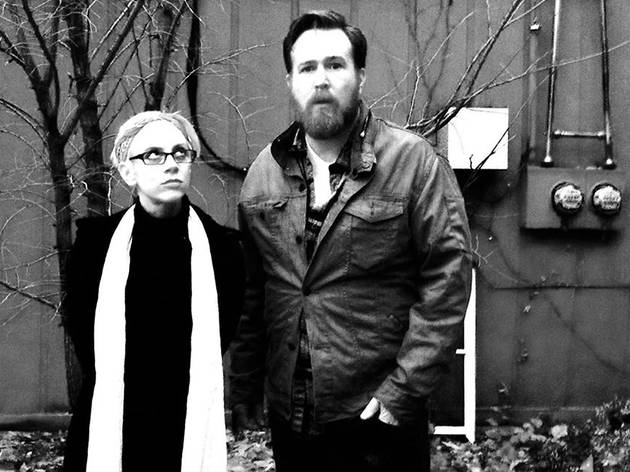 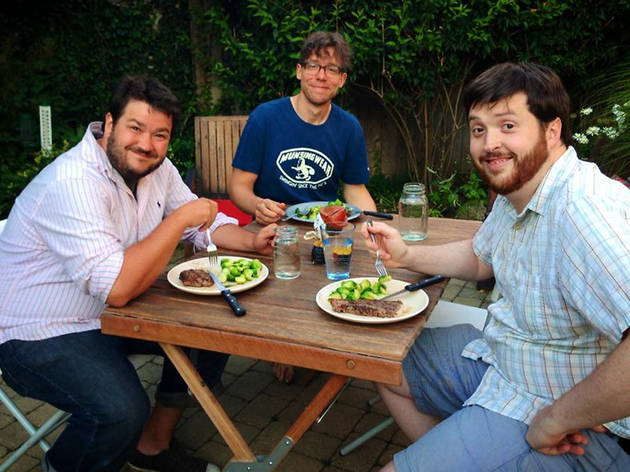 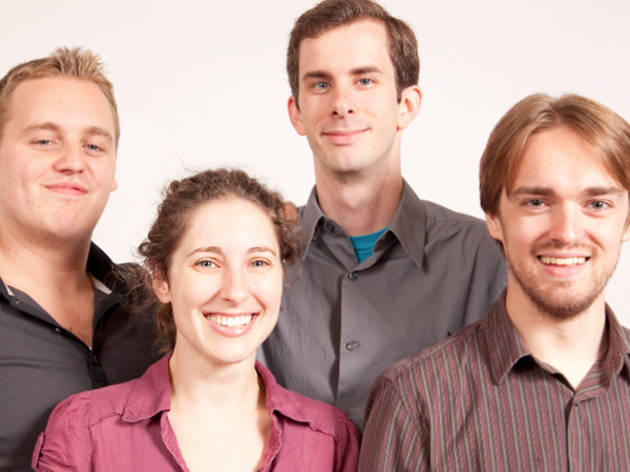 7/9
Longtime favorites Oh Theodora will make what looks to be a final Sketchfest appearance. 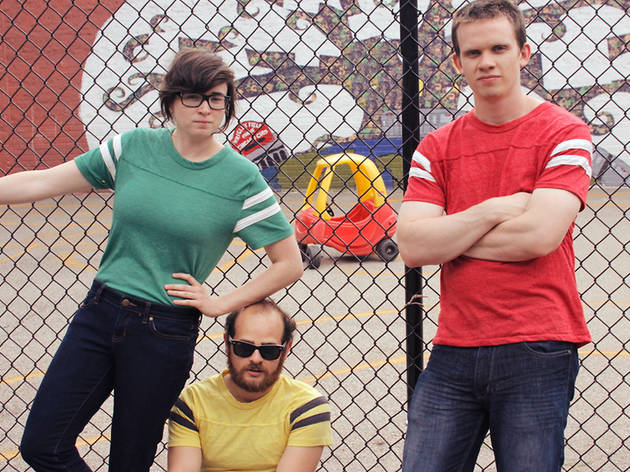 8/9
Two Bunnies Eating Flowers cap an impressive year with a return to Sketchfest. 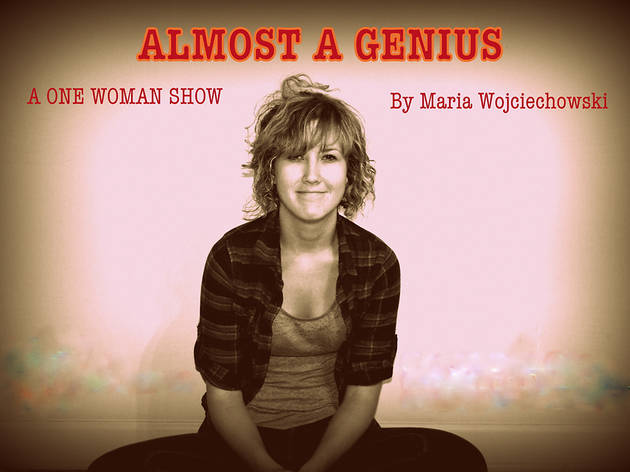 In its 13th year, the Chicago Sketch Comedy Festival prides itself on being the largest sketch festival in the country, showcasing 150-plus performances over eight days at Lakeview's Stage 773, which speaks to the massive amounts of talent, energy and love for the form in the city. That also means there's a lot of options for those looking to check out the fest; at any given time, there are four different shows being put on within 773's cramped quarters, packing its multiple performance spaces with everything from mock late-night talk shows to jokey country music duos, Second City mainstage hopefuls to unsolicited displays of gratuitous nudity.

For those looking to check out the best rising, established, and veteran talent, as well as those oft-enticing touring acts from out of town, we've handpicked some of the sure things at this year's Sketchfest and split them up into a few helpful categories.

The rowdy, violent and puerile Murderfist was named Best Sketch Group in NYC by the Village Voice in 2010, and has spent the last few years ferociously defending that title, as evidenced by a recent profile in The New York Times that praised the "crude, punked-out chaos" of its monthly show at New York's PIT theater. January 10, 11 at 11pm

Irish trio Foil Arms and Hog are regulars at the legendary Edinburgh Festival Fringe, putting up sold-out performances for the last five years. Its fast-paced, mayhem-addled style has received critical praise at home for capably blending sketch and standup. January 17, 18 at 9pm

Perhaps one of the highest profile teams at Sketchfest this year, Siblings of Doctors features Community's Danny Pudi, Rasika Mathur, who can regularly be seen on Nick Cannon's MTV improv/sketch show Wild 'N Out, and Chicago-based writer/teacher/essayist Ranjit Souri. Considering Community's rabid fan base alone, these shows are likely to sell out well in advance. January 18 at 7, 9pm

Familiar faces at such institutions as iO and Second City, John Sabine and Andrew Knox have joined forces as Johnny Knoxville to present a breakneck old-school revue that busts its ass living up to its daredevil inspiration. January 10 at 7pm

For all those looking for some behind-the-scenes festival info, well-loved interview/comedy podcast Improv Nerd will be taping a live episode with special guest Brian Posen, the founder of Sketchfest. January 18 at 4pm

Dog Dads' performance as the Good & Crazy was a goofy breath of fresh air during the final days of last year's Sketchfest. The trio of writer/performer/filmmakers—Ted Tremper, Paul Jurewicz and Jared Larson—returns to once again disassemble sketch comedy into its component pieces and rebuild something delightfully dumb. January 19 at 8pm

After taking home a collective "Best Actor in an Independent Pilot" award during 2013's New York Television Fest, Exquisite Corpse returns to the stage with an all-new narrative show crafted from a series of initially improvised scenes. EC member Tyler Smith promises "themes of morality, repression and loss of innocence. You know, a funny sketch show." January 9 at 9pm

In what looks to be their next-to-last official show before losing a member to the endless lure of showbiz capital Los Angeles, darlings of the Chicago underground comedy scene Oh Theodora are primed to present a collection of their favorite scenes written in the previous year. January 10 at 9pm

Musical comedy can be a tough sell for a lot of people, and for good reason; for every great Flight of the Conchords song, there are 300,000 ukulele-based, irony-drenched YouTube covers of "Black Skinhead." Thankfully, local folk/rock/comedy trio The Shock T's pull off this most difficult of feats effortlessly, with a cutting sarcasm lurking behind their polished compositions. January 10 at 11pm

Staunchly cerebral sketch duo Rabbit Rabbit returns with an exciting, conceptual performance. In honor of its fifth Sketch Fest appearance, it has elected to bless audience members with an acting master class, filtering a deconstruction of the "true meaning" of the form through a lens of smartly sentimental, caustic comedy. January 17 at 9pm

Two Bunnies Eating Flowers' debut at last year's Sketchfest was praised as an unforgettable, expertly executed sensory overload. The team has rarely stopped since, pulling off big, filthy ideas and blowing up venues all over town. This all-new production is not one to be missed. January 10 at 7pm

Since its inception in January of last year, Thunderdome, the brainchild of local sketch performer Carmen Christopher, has become one of the most inclusive, laid-back variety showcases going. For Sketchfest, Christopher is collaborating on a new written show with some Thunderdome regulars, including Kill All Comedy's Annie Donley, Morgan Lord and Anthony Oberbeck. January 10 at 8pm

Last fall, Maria Wojciechowski's hyperconfessional one-person show, Almost A Genius, lit up the Playground Theatre to rave reviews. Wojciechowski's parade of characters and monologues get really real, drawing from her own experiences with bipolar disorder and panic attacks. January 18th at 6pm