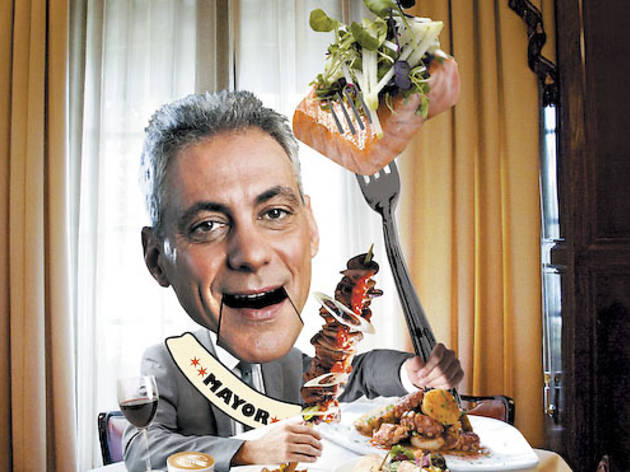 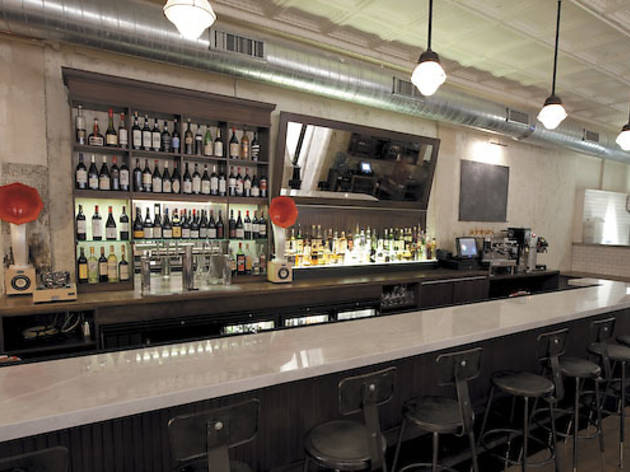 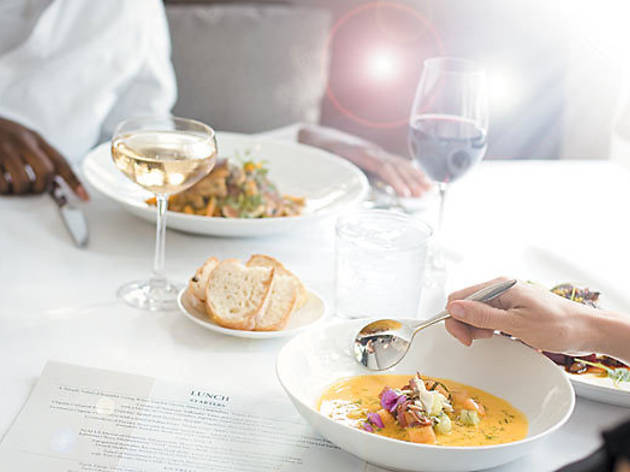 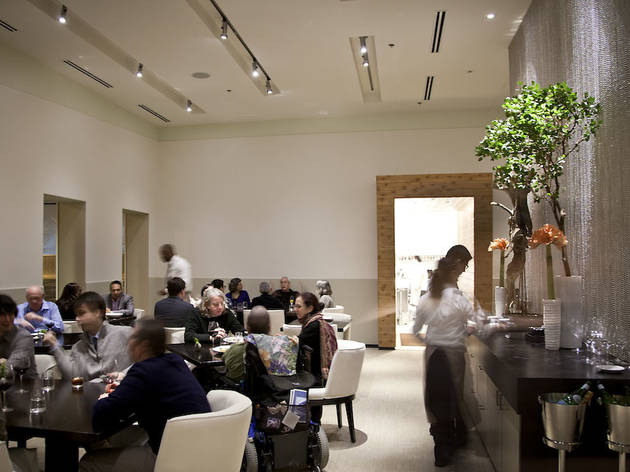 Traditionally, Chicago’s politics were hashed out by cigar-chomping bosses in a storied “smoke-filled room.” Today, not only are we are a city with a smoking ban, we are a city with a restlessly nouveau mayor who would rather broker deals at a table for two. Looking at Rahm Emanuel’s rigorous schedule, which we obtained via a Freedom of Information Act request, it’s clear the man likes to eat out—and not just at Manny’s, the favored spot of his predecessor, Richard M. Daley.

Lula Cafe
“We’re not, like, the smoky den of intrigue and politics,” Lula chef-owner Jason Hammel says with a laugh. Nonetheless Lula—and its sister restaurant in Pilsen, Nightwood—are Emanuel favorites. There’s no special treatment. “He was just plunked right in the middle of the room at the only table we had available,” Hammel says. On another occasion, Hammel’s four-year-old daughter got some face time with Rahmbo. “She was at the banquette next to him eating, and she leaned over and literally rested on him for a while. I was like, ‘Um, that’s the mayor, you might want to give him a little space.’ ”

Naha
A couple of months after Emanuel took office, he dined in River North with Richard M. Daley. “It seemed like it was a how-am-I-doing-so-far? moment,” says Naha co-owner and operations manager Michael Nahabedian. He showed them to table 81, the most popular in the restaurant, which gives diners direct views out windows facing Clark and Illinois Streets. “By the end of the meal, a couple of the local news channels tried to come in, so we had to escort the cameramen out.”

Acadia
Emanuel showed up at the doorstep of Ryan McCaskey’s new South Loop spot before it opened. “He wanted to weed out some of the red tape in City Hall for people to build small businesses,” the chef-owner recalls. “ My restaurant is on city park space, so he asked what the biggest issue was and we said dealing with the city—not only with getting permits but also finding out what’s going on with the developing park that’s next to us. We wanted two things: a little buffer between the restaurant and where the people would be, because the park is supposed to be part dog park. The other thing is we wanted a patio of about 14 seats out there. Four days later, I had a meeting with all the head people at the park district. The design is approved, and as far as I know he pushed that through for me.”

Chicago’s Home of Chicken & Waffles
Over fried chicken smothered in gravy, the mayor had a heart-to-heart about public safety with Chicago Police Department Supt. Garry McCarthy. Even during the campaign, the Bronzeville soul-food spot was a South Side handshaking hub for Emanuel. “He was very approachable and would sit down at the booths with the customers,” says co-owner Tonya Johnson. “They were really happy to see him.”

Coco Pazzo
The mayor recently ate at this light-filled Italian restaurant with CNN’s Wolf Blitzer, who was unleashed from his Situation Room. “Generally we know where he likes to sit,” owner Jack Weiss says. “It’s a special table that he enjoys near a window.” Emanuel is reportedly gracious with constituents as he walks in and out of the restaurant. “But once he’s seated,” Weiss says, “he very much enjoys his privacy and enjoys conducting his business without being interrupted.” More often than not the mayor’s order is the same: a salad, the fish special and a glass of water. “I’ve never seen him drink wine at lunch,” Weiss says.

Ina’s
Self-styled Breakfast Queen and 2007 Chicago mayoral write-in candidate Ina Pinkney loves to welcome pols to her eponymous West Loop nook. “They know that I know their job,” Pinkney says. Table 45, in the semiprivate back corner, is the preferred seat of regulars such as Congressman Bobby Rush, political puppeteer David Axelrod and alderman Danny Solis (25th). On election day, Emanuel was at the restaurant with Maureen Dowd from the New York Times. Pinkney says the mayor usually shows up already sipping from a paper cup of coffee and orders light: steel-cut oatmeal and a side of fruit. “Politicians know they can count on us to be the anti-Manny’s, where it’s see-and-be-seen and there’s lots of glad-handing going on. Here, they come to work, to have meetings that mean something.”

Rahm’s restaurants
This is a sampling of the restaurants Emanuel took meetings at over the summer, based on itineraries provided to us by his office.