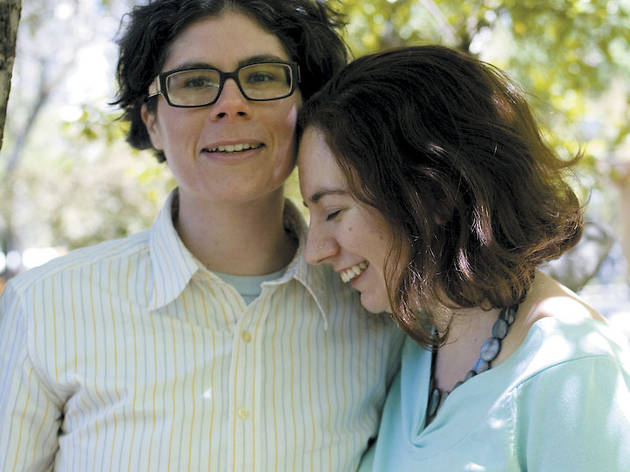 1/3
Nicole RadjaRachel Miller, left, and Lindsey O�Brien, right, will be married in Iowa this summer. 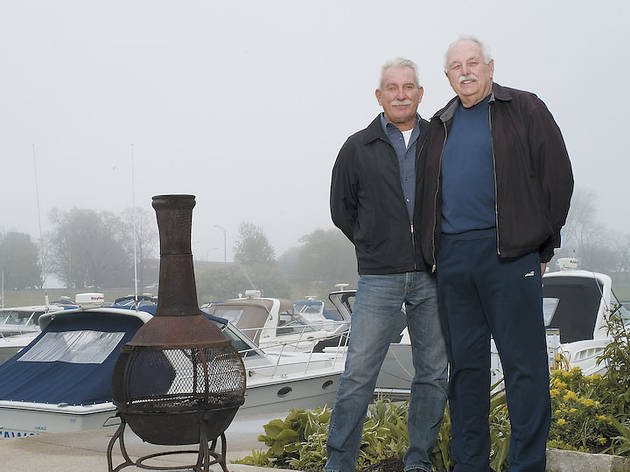 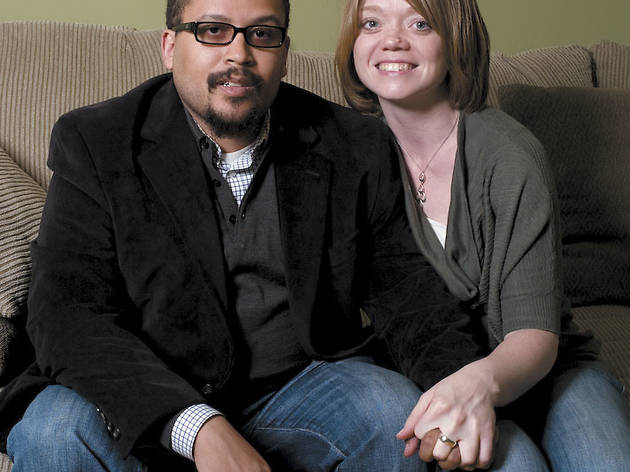 3/3
Photograph: Marzena AbrahamikCharles Harper and Caroline Staerk, a Chicago couple who are holding off on marrying until there is marriage equality in Illinois.
Advertising

Charles Harper, 35, and Caroline Staerk, 33
“All people’s relationships deserve to be recognized,” says Harper (pictured, left, with partner, Staerk, right). He and Staerk met six years ago while working for a labor union, and they say they fell in love almost instantly.

But the duo has made a rare commitment—to hold off tying the knot until all Illinois couples can enjoy full marriage equality. Staerk made the decision 15 years ago, at age 18. Her half sister is a lesbian and many of her friends are gay, so she wanted to take a personal stand.

For Harper, getting married would be “a slap in the face to coworkers and friends who are gay.” When people they meet at bars and parties ask them when they’re getting married, Staerk and Harper use those conversations as opportunities to change minds about gay and lesbian marriage rights. They also see civil unions as a first step toward marriage equality, but will wait as long as it takes for all Illinois residents to be able to enjoy the privilege.

“When I made the commitment, I said ‘full marriage equality,’ and I think it’s important to stick with it,” Staerk says.

Rachel Miller and Lindsey O’Brien, both 27
“There’s a cultural understanding of what it means to be married,” says Miller, a line cook (pictured, left, with partner, O’Brien, right). “[A civil union] doesn’t have the connotations that the word marriage or wedding has.” O’Brien, a librarian assistant, agrees: “I think when people hear civil union, they think of a legal contract; when people hear marriage, they think of love.”

Miller and O’Brien met in poetry class during their first week of school at Grinnell College in Grinnell, Iowa (they started dating two years later). The Avondale couple have been together six years and, on Friday 3, plan to wed in Davenport (same-sex marriage became legal in Iowa in 2009). “It’s a place where we feel at home,” Miller says.

The couple, who are involved in LGBT group Join the Impact Chicago, are crossing state lines because they will not settle for anything less than marriage. “It irritates me that it needs to be called something else…and that we have no federal protections,” O’Brien says. “It’s a daily reminder that there are people who think our relationship is strange, inferior or somehow fraudulent.”

Tom Drew, 60, and Larry Balossi, 76
Longtime couple Drew and Balossi (pictured, left and right, respectively) get a kick out of how many fellow yacht-club members at Diversey Harbor ask them for relationship advice. “Sometimes I just can’t believe how things have changed,” Balossi says with a laugh, recalling times of bar raids and overt discrimination.

The two met three decades ago at LGBT bar Little Jim’s in Lakeview when Drew was 26 and Balossi was 42. Balossi jokes that beer goggles aside, they knew right away they “had something special.” “We’ve been attached at the hip for the past 34 years,” he adds.

The retired couple say civil unions are a great first step, but they won’t wed until the federal government recognizes gay marriage—even if Illinois passes a gay marriage law. “If I wanted to get on [federal benefits such as] his pension or he wanted to get on my Social Security, [civil unions have] no meaning,” Balossi explains. “And you still have to file separate income taxes.”

“You have to start somewhere,” Drew says. “But right now, [civil unions are] window dressing. We need the meat and bones.”