Jake Bickelhaupt is one ballsy chef.

Bickelhaupt opened 42 Grams on January 10, in Uptown, far away from Restaurant Row. It’s BYOB. It uses a ticketing system and each ticket costs $203.68*. That includes taxes and service, but it’s pricey, especially when you consider that our two seats at 42 Grams cost $17 less than the two-top we had at Next two nights earlier and we had to go to Binny’s armed with detailed instructions for what kinds of wine to bring. And, while Bickelhaupt has worked at Alinea, Schwa and Charlie Trotter’s, he hasn’t been a household name. That’s about to change.

Prior to opening 42 Grams, Bickelhaupt was running Sous Rising, a dinner series in his apartment, with his wife, Alexa, who handles service and front of house. When the Chester's Chicken underneath their apartment closed, they took over the space and turned it into an 18-seat restaurant, with a table for ten and eight seats at the chef’s counter. The table and counter are seated together at separate times, so when we recently went in for dinner at the counter, my date and I were joined by three other couples, one from St. Louis and one from Iowa, who regularly come to dine in Chicago and who heard 42 Grams was worth a visit.

It is. Every single one of the 15 courses, from the “crispy snacks” like salmon skin chicharrons dusted with malt vinegar powder to the coffee and chicory pudding that ends the night, is delicious and exciting. It’s also homey-feeling—the kitchen takes centerstage in the space, and the room feels, as intended, like an off-shoot of the dinners they held in their apartment.

The name, 42 Grams, refers to the idea that the soul weighs 21 grams, so, the combination of Jake and Alexa’s souls. Yeah, the name is kind of corny, but it highlights that just a couple of people are largely responsible for your dinner. Jake was joined by two other chefs and Alexa by another front-of-house person, who described the dishes while the chefs cooked and plated them. When there are two servers for eight diners, you’re getting plenty of attention, but it was casual and comfortable. 42 Grams is small, personal and achieves Bickelhaupt’s goal of feeling like a “higher end dinner party.” It’s convivial, especially after the meal, when everyone stuck around for an hour drinking wine and chatting.

But there was almost no talk during dinner, as everyone was transfixed by what was on our plates—and the show in the kitchen. After the snacks, we were served the Juniper Jump, a refreshing edible cocktail with cubes of Hendrick’s Gin jelly, a cucumber sphere and hibiscus snow. That was followed by the soup, an outrageously decadent velvety puree of potatoes, butter, whole milk and buttermilk. Arranged around one edge was a colorful array of peas, potato chips, dehydrated tomato slices and a gorgeous spoonful of caviar. We were instructed to eat the caviar with a bit of the soup first if we love caviar (which I do), and then to pick up the other items with our hands and drag them through the soup.

We also used our hands for Flavors of the Sea, an homage to Charlie Trotter. Bickelhaupt said that in the book My Last Supper, Trotter proclaimed he would want his to be “high atop the sea, eating tiny raw delicate seafood off china plates.” The dish features Faroe Island salmon nigiri, with trout roe, a dusting of phytoplankton and sea grapes, an ingredient Bickelhaupt calls “seaweed caviar” that pop like roe when eaten. It’s served on white wave-like plates from Trotter’s and with a cup of warm dashi broth made with salmon bones. It plays on the ocean food chain and tastes like you’re eating seaside.

Flowers and herbs appear on nearly every course, and Bickelhaupt stresses that they aren’t garnishes. “They heighten dishes visually while adding a lot of flavor and a level of complexity you can’t get from anything else,” he says, mentioning that the salad uses peppery nasturtium leaves instead of pepper.

The flowers are one reason the plating is so beautiful (the painstaking tweezer process is another), and the orchid in the Juniper Jump, bubble gum hyssop on the dark chocolate-banana-maple dessert, and bright violas rolled up in paper-thin daikon served with the foie gras also give the dishes a sense of playfulness in a fine-dining world that frequently feels too serious. The music, which ranges from Nirvana to Willie Nelson, is from Bickelhaupt’s collection and adds to the dinner-party vibe.

Fifteen courses is a lot, but for once I left a tasting menu without feeling like I wanted to immediately go home and collapse on the couch. That's because several of the courses are mere bites, including tamarind taffy dusted with eucalyptus, a coiled coconut noodle with finger lime and cilantro that plays on tom yum soup, and an explosive, tart calamansi ball that segues the savory portion of the meal into dessert courses.

Bickelhaupt said the menu will change regularly, but some dishes, like the potato soup and the Juniper Jump, have long been staples in his repertoire. He sources ingredients from all over (like Greens and Gills, an aquaponic farm at the Plant, and Rare Tea Cellar), which anchors the menu in the Midwest but incorporates international ingredients, particularly from Asia.

42 Grams follows Elizabeth and Fat Rice as the latest underground restaurant turned brick-and-mortar spot. It’s like Schwa and Goosefoot in that it’s a small neighborhood spot and it’s BYOB. But the voice coming out of the kitchen is inventive, personal and fresh. Tickets for February dinners are still available. Get them now. Quite soon, scoring tickets to 42 Grams will be impossible.

*Since 42 Grams is a ticketed dinner, Bickelhaupt knew we were coming in. 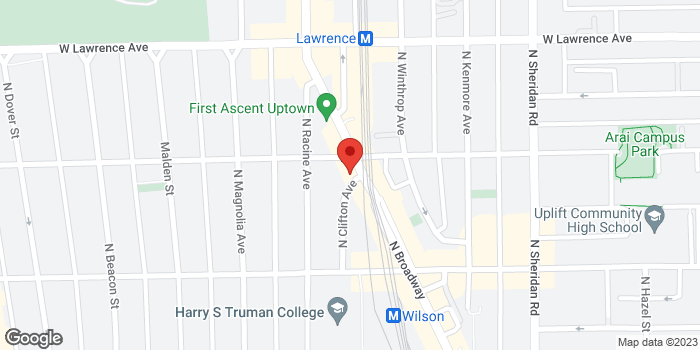