We found some of the city’s most boldly authentic Sichuan flavors in Bridgeport.

For those of us who keep tabs on Chicago’s dining newcomers, it can sometimes feel like the movie “Groundhog Day.” We perpetually relive the debut of a new American shared-plates concept outfitted in stylishly bald bulbs, reclaimed wood and fancy glassware. It’s times like these when it helps to yank yourself out of the homogeneous haze with a transportive dining experience.

A recent meal at A Place by Damao, a small restaurant on Halsted and 26th Streets, did just the trick. In chef-owner Aishan “Damao” Zhong’s first solo venture, she cooks delicacies from her hometown of Chengdu, resulting in bold, simple street fare hailing from the capital of China’s Szechuan province. Pork dumplings, hand-cut noodles, pigs’ feet and braised duck parts are presented without much embellishment beyond a fiery combination of chilis and slow-burning Szechuan peppercorns.

Cartoonishly fat snowflakes fell as the mister and I pulled into the newish strip mall of condo developments looming over first-floor retailers denoted by Chinese characters. A Place by Damao’s crisp black-and-white signage carries over to the interior—a bright-white 20-seater with black tabletops and grayscale photo-murals depicting bowls of noodles and dumplings, accented by blood-red Chinese characters. Behind the sleek counter, curtains partially obscure a kitchen filled with deep braising pots and shelves lined with deli containers displaying a rainbow of heat-bearing sundries.

We perused the tabloid-sized menu filled with explanatory cartoons of signature Szechuan dishes, then marked our selections on an order slip. Hoping for an instant blast of heat, we both requested herbal tea, which to our surprise arrived cold and lightly sweetened in cans. Our dismay melted as soon as the food emerged from the kitchen and the tea became a salve for our tongues.

First to arrive was a small bowl of innocuously beige noodles sprinkled with roasted peanuts. We plunged our chopsticks in to reveal a crimson pool of chili oil that slicked the knife-cut noodles with sweet heat. Pliant, boiled bell dumplings, stuffed with pork and plenty of garlic, swam in more of that searing, bright-red oil. They slipped wryly from our chopsticks in a hard-to-get dance that made devouring them all the more rewarding.

Most dishes that followed were similarly unadorned aside from chopped scallions, peanuts and spice combinations that managed to hit every taste bud. Potato strips resembled crinkle-cut French fries in appearance only—the sturdy, flash-fried tubers were blanketed in crushed Szechuan peppercorns, dried chilis and scallions. We steeled ourselves for an especially ferocious looking bowl of steaming wonton soup, in which bits of chili bobbed dangerously amid more of those supple pork dumplings. Despite being the hottest dish of the meal, the ginger-scented broth was beautifully subtle.

Braised duck necks—also unexpectedly cold—came with a slightly steeper learning curve. The server kept one eye on me from behind the counter as I precariously clasped a neck in my chopsticks and attempted a nibble. Just as she started making her way over, I self-corrected, realizing the boney morsel was best attacked with my fingers like a chicken wing. Hunks of lean, dark meat dislodged easily from bone, its red-meatish richness uplifted by the zing of chili flakes.

We wondered if it was intentional that the final dish to arrive contained almost negligible heat. Bone-in pig trotters were braised then roasted till tender with a shiny, golden brown exterior. Showered with peanuts and cilantro, the salty meat tasted like smokier, more intense pork belly—and left our lips sticky from collagen. If you’re a pork lover, please don’t skip this special dish.

By the time we rebundled to head back to the car, our earlier chill was a distant memory. What stayed with me much longer was the impact of such a singular, unapologetic meal. That and the faint hum of Szechuan pepper, which lingered on my lips the whole ride home.

Atmosphere: Some of the city’s most authentic Szechuan street food lies less than a mile due southwest of Chinatown, in a little storefront slinging diminutive plates that are big on heat.

What to eat: The no-frills menu mainly comprises small portions of noodles and dumplings and larger plates of meat with a heavy dose of heat. Pork-filled bell dumplings, sweet and spicy hand-cut noodles, spicy potato strips and BBQ pork feet are not to be missed.

What to drink: Lightly sweetened canned herbal tea tempers the spicy fare. Or make a night of it and bring something stronger. (It’s BYOB, and this food would love going down with a sweet riesling or crisp, dry bubbles.)

Where to sit: With just 20-odd seats, grab what’s open. Or take your Szechuan to go—it travels quite well. 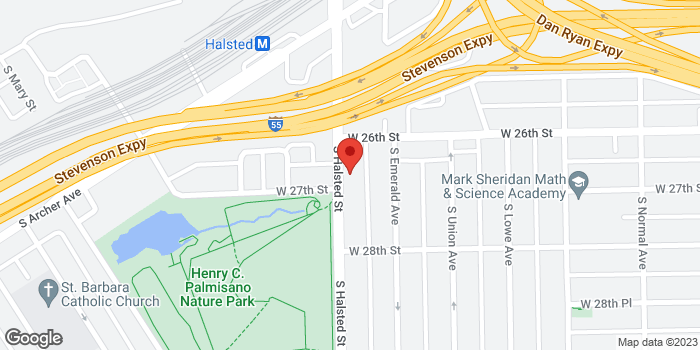