Until last month, I had only been to Hyde Park three times. The neighborhood is not exactly a bastion of great dining, and there wasn’t much to lure me to the area.

That’s about to change. In November, Matthias Merges (Yusho, Billy Sunday) expanded beyond Logan Square and opened A10, helmed by Billy Sunday chef John Vermiglio. Merges, a former Charlie Trotter’s chef, will also be opening a second Yusho in the neighborhood in the next few months. And then the Longman & Eagle team is opening the Promontory (at some point…it was slated to open last spring, so I won’t get too excited yet) at 1539 East 53rd Street.

If A10 is any indication, Hyde Park is soon going to be a restaurant destination. The new spot, which is named for a road that runs through France and Italy, straddles the cuisine of the two countries.

That inspiration results in a menu that’s available at both the bar, which is warm and cozy and has a casual neighborhood atmosphere, and the main dining room, where colorful tapestries hang on the white brick walls, Francoise Hardy plays and the tables are mostly filled with dates. Large windows in both rooms are perfect for watching snow fall outside.

Whether you choose to sit in the bar or restaurant, you’ll want to start with a cocktail. The drinks are from Alex Bachman, Billy Sunday’s bartender, and here he tones down the mad scientist feel of that cocktail list with drinks like the dry and slightly nutty Hennessy, an Armagnac cocktail that uses maraschino and Cointreau. And the lovely Air Mail, an underappreciated classic made with rum, honey, lime and sparkling wine. And La Rosita, essentially a tequila negroni, a slightly bitter, easy drinking cocktail. And the fizzy Americano, which along with a gin and tonic and a shandy, are pre-batched and served on draft. I preferred all of them to the vin de maison, a house infused wine-based aperitif that you dilute to taste with soda water. It was citrusy and floral, but overly perfumey. That drink aside, even though Bachman wasn’t behind the bar, the staff executes drinks extremely well.

The kitchen is also doing things extremely well. The concise menu is divided into small and large plates and also includes pizzas, pastas, sides and sweets. If you’re just popping into A10 for a drink, make sure you order the salted cod croquettes as a bar snack. The mild fried fish balls, served with a zippy pepperonici aioli and rapini pesto, are just the sort of thing you want to eat while drinking. Order them in favor of the smoked eggplant pizza, in which eggplant, roasted garlic burrata and balsamic are piled onto Sicilian-style, focaccia-like dough. The smoke was missing and while the crispy texture was pleasant, the dish as a whole was bland overall.

The real treats emerge when you really get down to dinner. The bucatini carbonara is a dish of pasta that’s bathed in cream sauce and topped with guanciale and an egg cooked at a low temperature for 60 minutes so the yolk spills out over the dish. It looks like a small portion, but it’s seriously decadent. The Brussels sprouts come with thinly sliced beef tongue and chilies, an earthier and wholly welcome tweak on the bacon and sprouts dishes we’re seeing everywhere.

The boudin noir is one of the more surprising dishes I’ve had lately. It’s a smooth-textured blood sausage made with pig’s blood and squid, and spiced with nutmeg, allspice, garlic and Vietnamese cinnamon. It’s rounded out with acidic pickled squid tentacles, cabbage, hollandaise sauce and ink vinaigrette. The wintry spices give the sausage warming notes, and the whole dish is just so exciting that it completely overshadowed my companion’s strip steak, a perfectly fine but safe dish enhanced with anchovy butter and served with double-fried frites with rosemary. As a neighborhood spot, A10 straddles the line between being interesting enough for adventurous eaters, but still has tamer choices for more traditional diners.

The high points continued through dessert, with the cannoli soft-serve sundae, made with ricotta ice cream topped with sea salt caramel and crushed pistachios, and the olive oil doughnuts, crisp on the outside, soft on the inside and coated with granulated sugar.

Service was a bit too precious—“enjoy your sharesies!” one server told us when our table swapped plates—and they weren’t entirely knowledgeable about ingredients in dishes, but overall the vibe is welcoming and warm. Every neighborhood needs a great neighborhood restaurant.  Hyde Park finally has one. 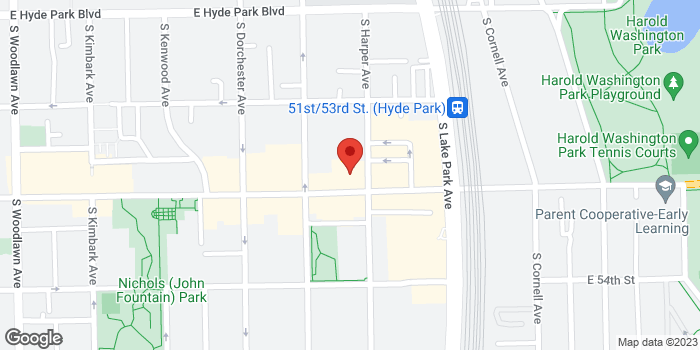