The last dish I recall eating at Henri, which closed in June, was escargot, a rich and buttery plate I wish I could eat again right now. Despite only existing for four years, Henri’s perfect service, fancy plates and gorgeous interior made it feel very old school and classic. But owner Billy Lawless (The Gage, The Dawson) decided the upscale restaurant wasn’t the right fit for the Millennium Park area, so he reinvented the space as a more casual, approachable restaurant. Obviously the answer was to take the exact opposite approach from Henri’s old school French-inspired menu and go Italian, the cuisine of the moment in Chicago.

The menu has done a complete 180, but not everything has changed. The space has been revamped, red walls have replaced the light blue, but the beautiful curved bar remains, and it’s still turning out excellent cocktails. And Chris Gawronski is still running the kitchen, too, and, for the most part, you wouldn’t know that three months ago he was focused on a completely different cuisine.

You can order a traditional Italian meal of starter, pasta and entrée, but you should start with the sharing section, which has charcuterie, like an ethereal sopressata, served with a little pot of parmesan fonduta and puffy bread squares. I wished we’d eaten it faster—the fonduta is delicious when it’s piping hot, but it gets thick and unappealing quickly.

Cheese is a focus at Acanto, where there’s a 10-deep cheese list, all of which come from northern California’s Bohemian Creamery. They’re divided into three categories—classics, playful and for the aficionado—and the Surf and Turf, a soft cow’s milk cheese with roasted seaweed, is a funky highlight. We ordered the $21 chef’s selection plate, which included four cheeses and accompaniments like champagne grapes and sweet red peppers, and when we added the $10 sopressata to the mix, it was a very sizable and satisfying plate. I envision returning to Acanto for an afternoon cheese plate and a cocktail, like the almost candy-like #3, a lightly smoky aperitif made with vermouth, wood-grilled orange and soda, or the #6, a gin-lover’s cocktail sweetened with blueberry-cardamom syrup and cut with lemon.

While you could make a meal of the cheese and charcuterie offerings, you’d be remiss to stop there. The cuttlefish and octopus dish is a fine place to start, with the seafood mingling with chilies, figs and balsamic to hit spicy, sweet and tangy notes. While the tender fried artichoke hearts mixed with tomatoes and caperberries had a nice mix of textures, the heavy caper aioli spread along the bottom of the plate weighed the dish down.

Gawronski clearly knows his way around pastas—both the duck egg spaghetti and special bigoli (like a thick spaghetti, or bucatini without the hole in the middle) were made in house and perfectly al dente. I don’t often order one-night specials when I’m reviewing, but when I learned the bigoli was served atop liver mousse and topped with fried sweetbread nuggets, I threw that rule out the window. The mousse clung to the pasta, making a rich sauce, while the sweetbreads were crisp and decadent. I preferred it to the spaghetti, which had a heavy creamy pork sauce that overtook the thin pasta. This pasta is delicious—let it shine. There’s a handful of entrees and the suckling pig dish, an enthusiastic recommendation from our very chatty server, is the only real miss I’ve encountered at Acanto. Sausage, pork belly and roasted pork loin sit atop a huge serving over oversalted beans, a fate that also befell the sausage. The pork belly was nice, crispy and the dish’s saving grace, as the loin was incredibly pink and we left most of it sitting on the plate.

The dessert menu continues the current trend of unexpected affogatos, with gelato swimming in a pool of amaro. The pistachio gelato was so smooth and creamy, I’d nominate it for the best gelato in Chicago right now. It was served with amaro nonino, which was very strong for the mild flavored gelato, so I’d skip the affogato and just get the gelato as is.

As a fan of Henri, it was hard to see the restaurant almost completely reinvent itself. But as a fan of Italian food, I'm happy to have this restaurant downtown. 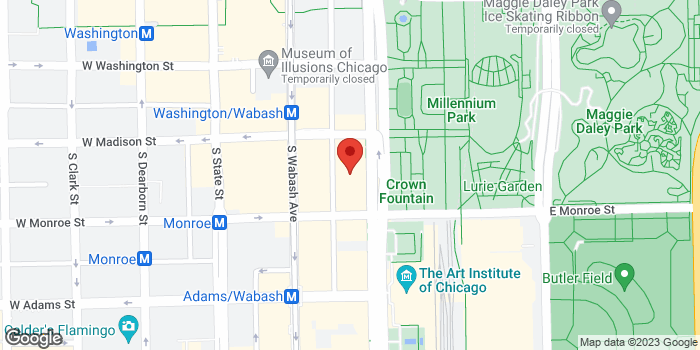