Springing from the mind of chef Grant Achatz, fine dining institution Alinea has been the recipient of numerous awards and is regularly named the best restaurant in Chicago (and the United States, for that matter), bringing culinary expertise and flawless service to each and every meal. In January of 2016, Alinea closed for renovations, reopening in May with a complete overhaul of the menu, tossing out the original one, which changed frequently, that had garnered the restaurant many accolades.

This was my first Alinea experience, which is a pretty big deal, not just because of its reputation, but also because I consider some of my first visits to other Alinea Group restaurants to be some of my finest eating and drinking experiences in Chicago. My first time at the Office—when I was invited down to the bar on a whim by my server at the Aviary—left me forever lusting after the browned butter bourbon concoction they whipped up for me. But Alinea was a bit different—my trip was planned in advance while avoiding all the murmurs about its magical new menu. I wanted to see it for myself.

And it is magical. The food comes and goes effortlessly, wine glasses filled and replaced throughout the meal, with the sheer beauty of excellent service extending all the way down to your entry. We walked in and were immediately whisked to the second floor salon for the most affordable meal ($800 total for two diners including a wine pairing). The salon is meant for groups of one to six people, and was primarily filled with couples on dates. Our menu was set at the table featuring dishes with oblique names like “spectrum,” “glass,” and “yellow.” Guests get to play a guessing game in between each course, wondering what might come next and how it might be arranged. The first dish, simply named “ice,” comes out as a wobbly ball of, you guessed it, ice, which you have to balance while you spoon out spot prawn, banana and coconut as it freezes to your ice ball-slash-bowl.

The creativity of presentation doesn’t end with a tactile ice bowl. The “contrast,” “sangre” and “swirl” dishes are presented together, with “swirl” in the middle of the table, a glass bulb with a large flat surface area on top of it, yuzu vapor flowing over a thinly sliced and spun apple bite, bright with acidic citrus. “Glass” arrives on a large, flat plate decorated with blueberry-sauce designs encircling a maitake mushroom with panes of blueberry “glass” surrounding it.

The meal wouldn’t be complete without one of Achatz’s signature helium taffy balloons, which fill the dining room with high-pitched laughter from each party as they suck down the sticky and sweet dessert. But desserts don’t stop there: Instead of a tableside painted dessert, the new desserts are set atop an acrylic painting by artist Thomas Masters, whose pieces are seen throughout the restaurant. The plating of each element (cherry, white chocolate and bourbon) reflects the painting underneath it, like a 3-D version of the plate.

It’s hard to pick a favorite dish from the 14-course menu (this number varies depending on the night), but highlights included the “fry” course, served in a powerfully floral daisy mandarin puree with a pile of tiny fried icefish and shaved radishes. The “bone” dish was also notable: a sliver of raw A-5 wagyu beef on a rice cracker and Japanese ginger, which brought all the umami flavors of the tender meat to life. One of the standouts for me was the “toast” dish, a pumpernickel square topped with gruyere and black truffle—all compact until your first bite, when the warm gruyere loses its structure and explodes with the earthiness of the truffle and richness from the cheese.

Somewhere in the second half of the meal I finally realized how absorbed I was with each and every dish. Almost every one is a singular experience, leaving few opportunities to share and engage your partner, an oddity when dining out. Outside of talking about the intricacy of the meal, you’re far too occupied with the meal for the person sitting across from you to be your main focus.

Beyond the magic of the dishes, you get to watch and engage the waitstaff, who are so expertly armed with knowledge about all of the dishes and wines. Every course, every utensil (of which there are relatively few—many of the dishes are eaten with your hands, which I loved), every wine and water glass is situated perfectly on your table, even if you’ve moved your glass—once it’s replaced, the new one will be placed precisely where it’s intended to go. An unseen template guides your meal and its execution is flawless.

And flawless is exactly what it should be. Tossing a menu that was beloved by the dining community was a gutsy move, but Achatz and his team have developed something that lives up to expectations while separating itself from the past. It’s one to remember, because as Achatz has showed us before, you never know if your meal at Alinea is one you’ll eat again. 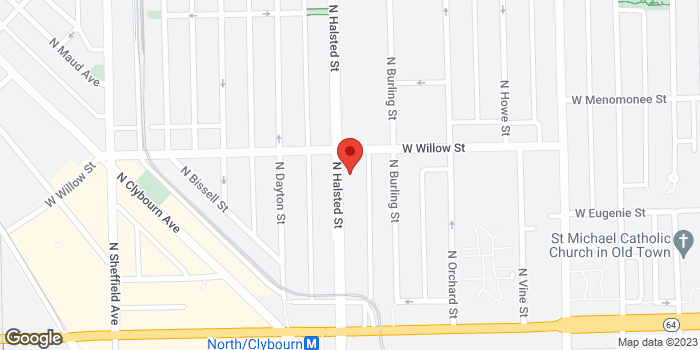