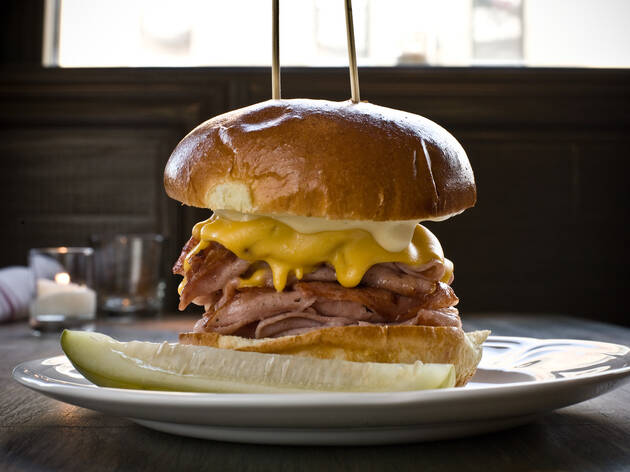 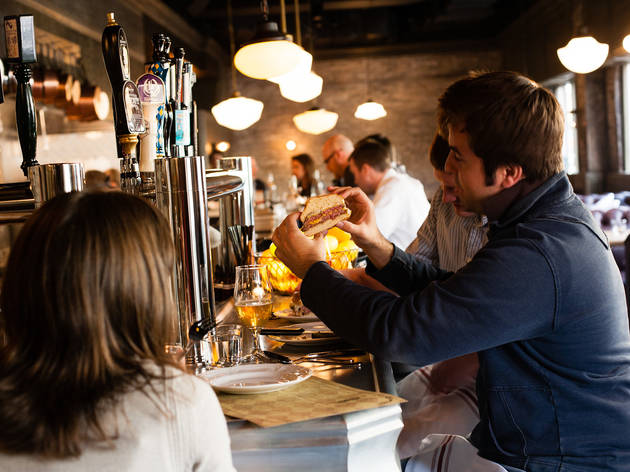 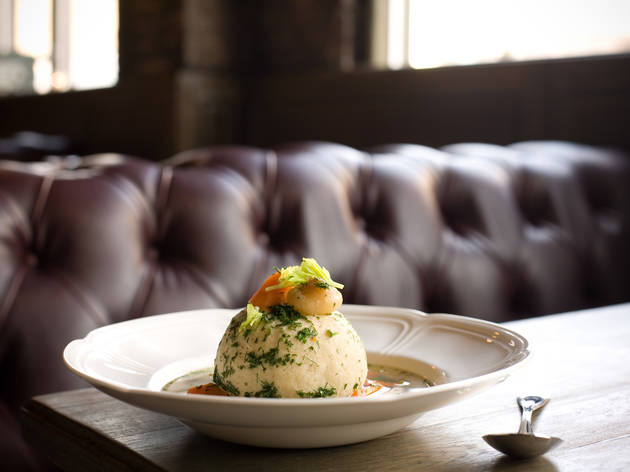 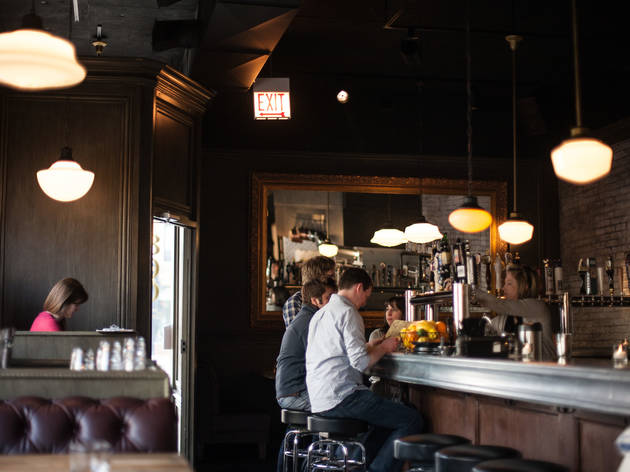 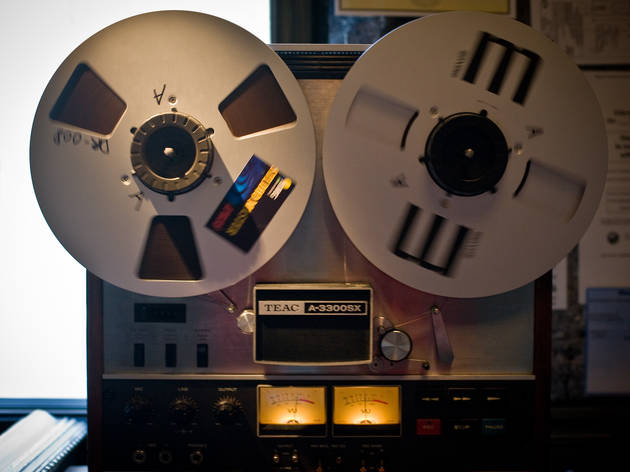 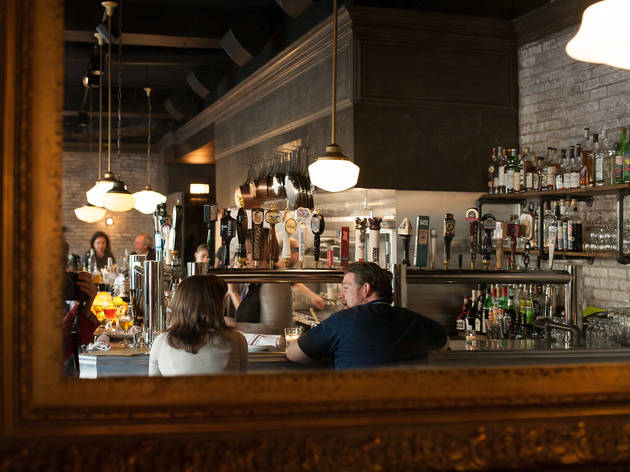 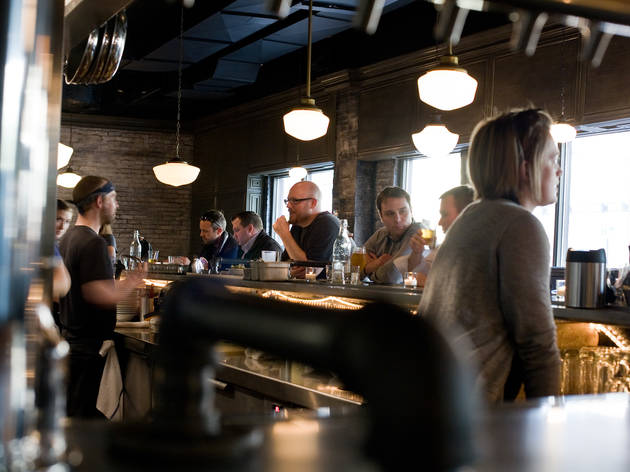 If Au Cheval weren’t such a bizarre and, frankly, difficult restaurant at which to eat, you’d find me there every Friday night for the matzo ball soup. Pre-Cheval, the most I ever wanted from a matzo ball soup was glistening pools of schmaltz. Post-Cheval, I demand it not only glisten but also be stocked with roasted carrots and cippolini onions, sophisticated complements to an enormous matzo ball that is more accurately described as a matzo souffle.

This soup is a rarity on Cheval’s menu, but not because of how it tastes. Perfectly executed, endlessly cravable food is in every corner of this place. The chopped chicken liver—another great Jewish dish Brendan Sodikoff’s “diner” is elevating—goes on thick challah with soft salted butter, a combination that is (sorry, but I’ve got to be a drama queen here) so delicious it’s devastating. And the beef stew is exemplary for both its supple texture and silky sauce. Where the soup stands out is its lightness: You can actually start a meal with it (it shares this distinction only with two salads). It’s also a dish you can eat in its entirety without feeling as if you’ve taken a shower in hot beef fat. This cannot be said for much of the rest of the menu. The omelette boasts a smooth, puffy, unblemished surface that looks like butter, but also literally tastes like butter, so much so that it’s hard to take more than one bite. A ham “sandwich” with cheese fondue is not a sandwich at all, but rather a crock of melted cheese dotted with ham and served with toast points. As if this dish (which is imported from Gilt Bar, just as the raw vegetable salad is imported fromMaude’s) were not rich enough already, it is then topped with an egg. Such excess doesn’t mean this food is bad. It’s just food you have to eat when you’re drunk.

No doubt there are people in this city who want to eat like this regularly. But the common eater will find Au Cheval perfect only in certain situations—alone at the bar with a beer and a glorious mess of a burger (avoid the gritty bologna sandwich); at midnight with some friends and a plate of the spicy, sticky fried chicken. Because Au Cheval is not so much a diner as it is a pit stop. You can eat here, and you can eat well. You just can’t eat dinner.