I've eaten many bowls of oatmeal in my life, starting with the Oatmeal Swirlers I was obsessed with when I was six until today, when it’s one of my go-to breakfasts (except now with significantly less sugar and much less fun). But I've never had a bowl of oatmeal quite like the one at Baker Miller Bakery & Millhouse, where the oats are cooked until they still have some bite. They’re served with a moat of milk and twin dollops of cultured cream and jam (on my visit, cherry), then sprinkled with raw sugar and pecans. Tangy from the cream and sweet from the jam, with perfectly cooked oats, this oatmeal is a revelation.

But it’s not quite surprising, given how the oats are rolled right in the shop, and the pair behind the new venture, Dave and Megan Miller (formerly of Bang Bang Pie Shop), who are changing the idea of what a bakery is. They’re milling all of their own heritage grains on site and if you walk past the butter and jam toast bar, you’ll see mills, a mill/sifter and a flaker, which are used to prepare all the grains. These range from oats, found in the oatmeal, to the whole wheat pastry flour used in the chocolate chip cookies.

There are numerous benefits to using these housemade grains. First off, they’re better for you than plain white flour. Second, they actually taste like they’re supposed to. Take the grits, which are easily the best in the city. Made with three types of corn—yellow, red and blue—the grits are a mix of fine and coarsely ground kernels. Baker Miller is serving them with preserved tomato, pickled kale, a soft boiled egg and a hefty dose of pepper. While the kale didn’t really taste pickled or add much to the dish, the grits themselves are the perfect texture—creamy with some al dente bits—and they taste like corn, unlike most grits around, so it’s clear the milling process is working.

The variety of grains is best highlighted in the range of pies. The apple cranberry crumble is made with a vegetarian crust, which uses coconut oil instead of lard; the pumpkin has a graham crust made with whole wheat flour with bran and wheat germ; and the butterscotch crust is made with crushed oat cookies. And in each, the crust is as much a part of the pie’s success as the filling. The smooth pumpkin filling is stewed with bay leaves and the whipped cream includes vanilla bean. The butterscotch is made with whiskey, housemade condensed milk and smoked sugar, and it’s ideal with the oat crust. But my favorite was the apple cranberry, for the tart cranberries that cut through the sweetness.

I made two visits to Baker Miller, once for brunch on a Saturday and once early on a weekday before work, and both times it was rocking with moms and babies, neighborhood couples and people grabbing pies to go. There are a handful of tables, plus some counters, and a little patio (I guess we’ll see you next spring?), so there’s not a ton of room to sit and have a leisurely meal. But many of Baker Miller’s pastries are ideal to grab on the way to the train in the morning or to take home, although they sell out fast. On my first visit around 12pm, they were all gone, so I went earlier the next time (around 9am) to snag them.

Of the pastries, the savory handpie is my favorite. Made with whole wheat pastry crust and stuffed with caramelized onion and Havarti, it tastes like a much-improved Pop Tart stuffed with a cheesy and slightly sweet filling. The sugar plum muffins are nice and moist, and the sourdough cinnamon rolls are selling out quickly—and for good reason, as they’re meltingly soft inside with icing that has just the right amount of sweetness. The chocolate chip cookie was slightly grainy, and I’d love to have the sweetness of the pecan oat cookies (which are gluten-free) dialed down.

But on the whole, Baker Miller’s treats aren’t too sweet, which perfectly aligns with my palate, but anyone looking for sugary baked goods isn’t going to find them here. What they will find is a thoughtfully produced lineup of baked goods and other dishes. Because this is a millhouse too, you can buy bags of flour, oats or grits to take home. Although, replicating Baker Miller’s success with the grains all depends on your prowess as a home cook. I make grits and oatmeal on the regular, but I’m willing to just put myself in Baker Miller’s hands the next time I have a craving. 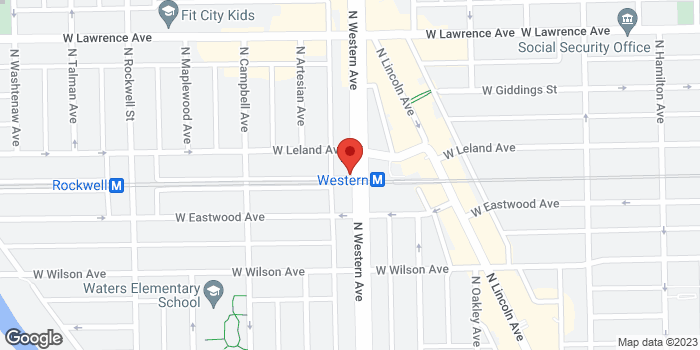