“Are you sure it’s west of Ashland? I can’t see it,” the mister frowned, as we strode down Chicago Avenue, past novelty and jewelry shops and the palatial Annex on a Sunday evening. It was chilly, so the sprawling restaurant’s windowed facade was closed, and the dim, candlelit interior hard to see from the sidewalk. But that only made entering this boho-chic boite that much more transportive.

Bonhomme Hospitality (Celeste, Black Bull) has a knack for aesthetics, and this dramatic, three-part space evokes the sense of being framed inside a singular, precious shot in a Wes Anderson film no matter where you stand. Executive chef Marcos Campos and chef de cuisine Jonathan Meyer’s global shared plates inhabit this namesake’s bohemian spirit fairly successfully, while the cocktail menu proves low-proof sippers can be just as tasty as their boozy counterparts.

It’s hard to keep your mouth closed when you first walk in. To the right of the entryway, an atrium-like enclosed patio bedecked in colorful tiles, painted brick, climbing ivy and potted plants, recalls a sun-bleached courtyard in southern Spain. Our two dates were getting a headstart in the sexy cocktail lounge, which is anchored by an L-shaped brass and vintage tile bar beneath repurposed street lights from 1970s Chicago.

A host led us up a short gangway—ducking to avoid a slap from a waving palm—and through the back dining room to a table overlooking the bright open kitchen. Mixing elaborate antiques (midcentury chandeliers and a carved facade from a mansion in Bali) with warmer details (faded Persian rugs, reclaimed wood tables and deep-set couches smothered in pillows) lends a comfy vibe to this opulent room.

This being Sunday, we wanted to keep our cocktailing lower octane. Fortunately, Bonhomme beverage director Liz Pearce and bar director Jacyara de Oliveira’s vibrant menu isn’t just refreshingly sessionable—it might be my favorite of the year.

Summers in Sweden was the drink equivalent of dipping into a crystalline forest lake after a sauna—delicately medicinal gin and aquavit kissed with orangey Italicus and juicy peach—all cascaded over crushed ice. A hulking wedge of pineapple perfumed the bracing Second Fiddle, with bourbon, lemon and tarragon, rimmed with mouth-puckering sumac salt. Even the boozier Multitasking At Its Finest—a coffee- and lavender-scented Manhattan—was soft and subtly herbal from Spanish vermouth.

On first perusal of the menu, I worried the food might come off as muddled or half-baked. Dishes flit nomadically among Spain, North Africa, the Levant region, Central and South America, and Southeast Asia—sometimes within single compositions. Yet it works as a sort of gastronomical composite of a Beat—a flavorful collision of preparations collected from all over the globe.

Sturdy bricks of fried halloumi cheese were stacked like Jenga pieces, with crisscrossing drizzles of meaty tomato-quince jam and preserved lemon yogurt, dotted with tannic pomegranate seeds. Pork and beef meatballs swam in mild, warming curry next to a generous smear of English pea hummus—a lovely riff on the colonized Indian fare of London. Gaping, pillowy mussels and housemade merguez crumbles were submerged in a malty black ale broth scented with soft fennel. We sponged up every bit of that rich liquid with slabs of seared bread.

From the family-style “feast” section, we shared the leg of lamb—a medieval hulk of protein, marinated in garlic and wintry herbs and roasted. Ladydate snuck herself crisp ends in between attempts to saw off the succulent, fattier pieces with a butter knife. With such a Flintstone-sized, DIY cut, we would’ve welcomed a proper carving knife. Eventually, though, we went after it with our hands, stuffing the rich meat into the accompanying (albeit forgettable) roti along with chickpeas with chewy sundried tomato and savory toasted pistachio tzatziki drowned in herbaceous olive oil. Though delicious, the sides were comically small for the amount of meat.

“I think I’ve been eating to the beat,” a full-mouthed mister announced, referencing the oft-maniacally cheerful music.

For dessert, white chocolate miraculously held together a spherical cloud of no-bake cheesecake with an apricot jam center, fenced in by lacy shreds of butter-baked phyllo. The perfect alchemy of warm spice, cream and bright fruit, it reminded me of my mom’s carrot cake.

We departed for our respective couches, sluggish from meat and ebullient sensory overload. Man, those Beats know how to throw a dinner party.

What to eat: Dishes like addictive halloumi and whole branzino beg to be shared with a few friends. Three starters, a feast platter and two mezze dishes will satisfy a hungry foursome.

What to drink: From bright and vegetal sippers to smooth, herbaceous cocktails and mocktails that won’t bum you out, it’s hard to go wrong on Liz Pearce and Jacyara de Oliveira’s beautiful menu.

Where to sit: Three compartmentalized areas allow for different experiences. A lush four-seasons courtyard makes for picturesque brunch, while the plush back dining room is ideal for boisterous group dinners. 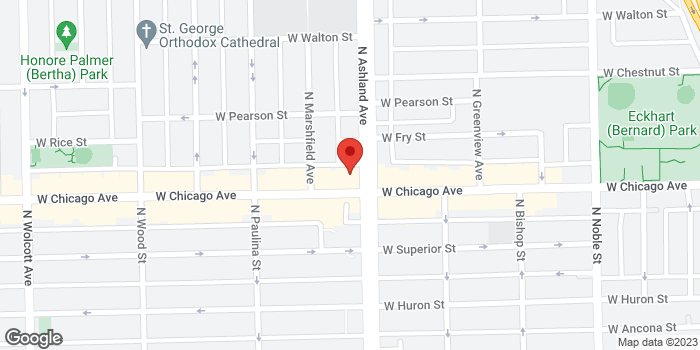