Boka Restaurant Group does it again with this luxe newcomer turning out some of the freshest, most richly layered New American cooking you’ll find in the city.

“It’s hard to lump this food into a category,” says Bellemore executive chef/partner Jimmy Papadopoulos, of the self-appointed “Artistic American” label Boka Restaurant Group selected to encapsulate his menu. “It’s very bold and bright with unique layering. I like cooking from the heart and soul.”

If I were tasked with summing up the utterly captivating dishes emerging from the tidy open kitchen at this newcomer in the former Embeya space, I might lean toward “enchanted woodland romp.” But diners would probably prefer a less esoteric descriptor.

Two dates and I arrived early on a snowy Saturday. I was grateful I’d made a reservation as the restaurant and bar were already brimming with life. There’s an unmistakable luxury-furniture-store vibe to the soaring room, where plush crescent booths, a marble bar and hulking chevron pillars are illuminated by arching floor lamps and brass chandeliers. Bird-themed touches—like an oddly magnetic photo of a nude torso with flapping dove head, taxidermied peacocks and a fanciful owl mural overlooking the back dining room—lend welcomed humor.

I first crushed on Papadopoulos’s imaginative cooking at Bohemian House, where he breathed elegance into oft-clunky, homespun Czech stalwarts like beef dumplings and chicken paprikash. At Bellemore, he balances resourcefulness and evident skill with an unmatched knack for layering textures and flavors.

Drinks in hand, we perused the dinner menu, which breaks out into three parts—smallish nibbles, medium plates and entrees. Sitting opposite this list all by itself is the now Instagram-famous oyster pie—which, by the way, got Papadopoulos his job. It’s nearly impossible to resist snapping a photo before tucking into two impeccable little wedges of quiche-like pastry heaped with silky oyster custard and a thick smear of nutty osetra caviar cushioning a single oyster nestled among apple cubes, sprigs of dill and chive blossoms. (How else will people know you ate it?) Fabergé though it may look, I’d suggest picking it up to experience the interplay of bright, salinic and grassy aromas before tasting it. Plus, that way, any fallen caviar pearls will land on your fingers. A pairing of delicately floral 2009 Moet & Chandon bubbles dance down your throat like confetti (and help justify the $65 price tag), to complete a two-biter that exceeds the #hype.

Following the oyster pie, the dish you’ll see scurried most from the kitchen are the pillowy Hawaiian rolls—another nosh worth following the crowd for. Four butter-lacquered, sweet dinner roll clouds tear apart as wispily as cotton candy. We dragged each piece through whipped butter imbued with cubed country ham and soft pumpkin cooked in saba, balsamic’s musty, fruity cousin.

Two runners and a busser consecutively asked if we were done with the tartare before another whisked the dish away with a few bites still on the plate. “Who said they could take the tartare?” thundered my other date, eyeing the two of us suspiciously.

Just then, a filet of roasted Atlantic cod arrived draped in one-dimensional raw cauliflower trees, foamy butter sauce and tamarind-grilled radicchio like a moss-covered boulder on a Pacific Northwestern beach, and the same date gasped, “This looks like Olympic National Park!” The preparation was beautifully straightforward—roasted cod à la meuniere, made even nuttier from browned hazelnuts. A precious dollop of bracing meyer lemon pudding sat a few inches away—its dimunity like an invisible “Alice in Wonderland” note that read, “Be Judicious With Me.”

My favorite dish of the night, though, was the cornish hen. Ingenious roulades of moist thigh and breast meat encased garlicky hen sausage—all painted with schmaltz before cooking to deepen the fowl’s earthiness. It waded alongside cushy semolina-potato dumplings and meaty hen of the woods mushrooms in a dilly pan sauce with crème fraiche, lending a nostalgic, strogonoff-like overtone. Once again, the well-staffed front of house ensured the plate was gone not two seconds after we’d finished.

As we sleepily picked our way through the fresh snow toward my dates’ car, I half expected to see a deer daintily cross Randolph Street. The roar of the Green Line jolted me back to reality.

What to eat: Start with the buttery Hawaiian rolls before sampling chef Jimmy Papadopolous’s masterful protein cooking. Save room for Allison Schroeder’s lemon semifreddo. And yes, the social media darling oyster pie is worth a special-occasion splurge.

Where to sit: Arrive early for a drink in the plush lounge. There’s not a bad seat in this comfortably spacious dining room, though try snag the four-top overlooking the kitchen, where you can count the oyster pies leaving the expo station. 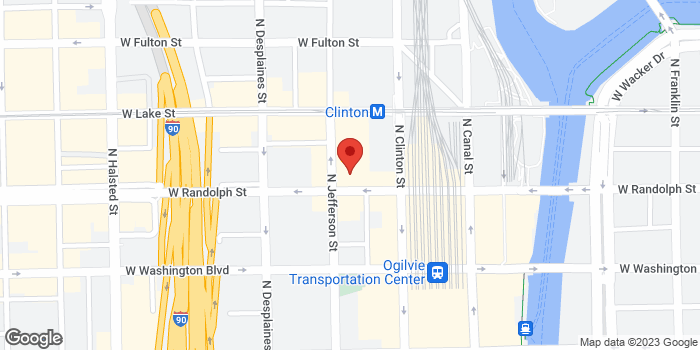