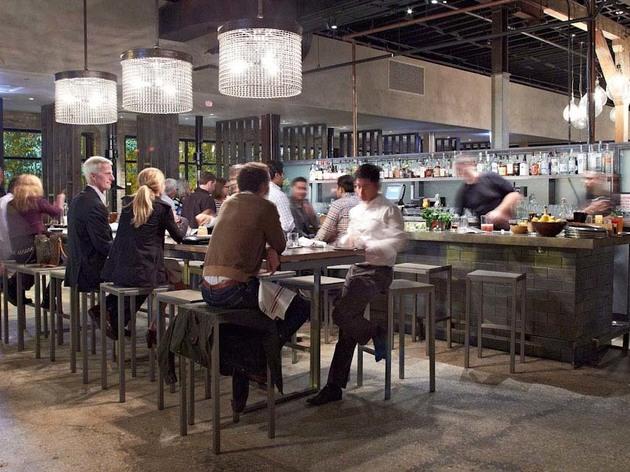 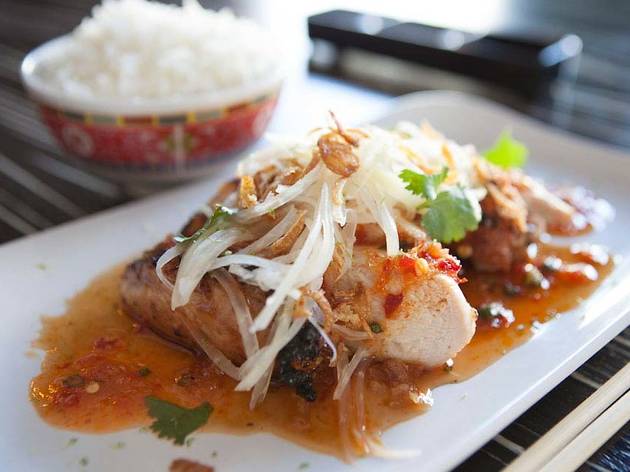 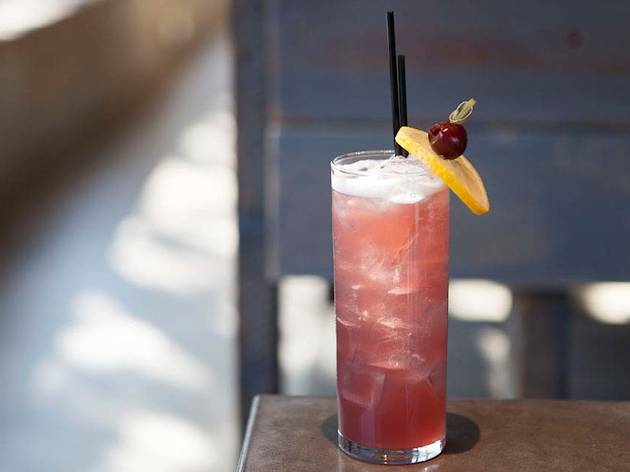 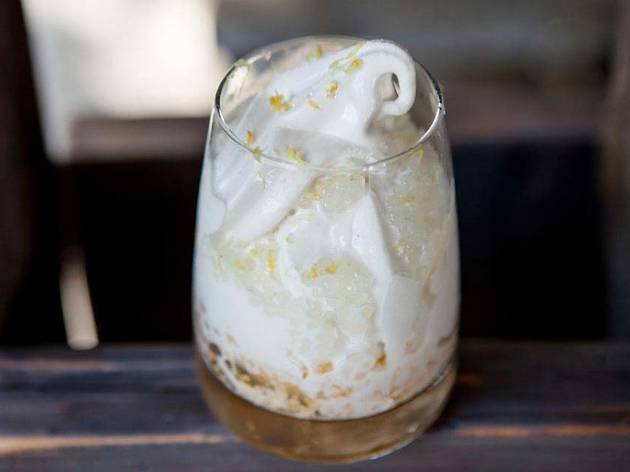 The authenticity police are having a field day at bellyQ. They ask: How do chef Bill Kim’s seafood pancakes and short ribs compare to the pajeon and kalbi at Hae Woon Dae or Chicago Kalbi? Answer: They don’t. Because although the food at all these places is rooted in similar traditions, I’ll bet few to none of the guests with whom I shared the dining room during my visits to this West Loop newcomer started the evening by asking their dates, “Would you rather go to a Korean barbecue restaurant on the Far Northwest Side…or bellyQ?”

BellyQ is loud and trendy, and the monologues of its exceedingly well-trained staff can be eye-rollingly scripted. That said, it’s a very good-looking room, designed with (blessedly) less of the wannabe-street effect that blights Kim’s Belly Shack and (again, blessedly) more of the earthy, pleasing minimalism that graces his first breakout hit, Urbanbelly. The place is of a scale and slickness that marks a surprising turn for Kim, who seemed to have put grand productions (Trotter’s, Le Lan) behind him.

Yet I see in bellyQ the influence of these years he’s spent dedicated to smallness: Though the menu is crafted like a small book, it’s not overwhelming; Kim is a tremendous cook but an even better editor. BellyQ could have had a far-reaching plated dessert menu; instead, it serves three variations on one truly peerless vanilla soft-serve, layered with tart, fruity shaved ice (huckleberry, passion fruit), lime-basil seeds or yuzu tapioca pearls. When you (and by you, I mean Kim) know that this cool-but-creamy, rich-but-refreshing delight is the perfect way for diners to complete the prior progression of bold, savory flavors, why leave room for them to make the error of ordering something else?

The same goes for the cocktails, crafted by consultant Peter Vestinos. There are only five, but each one is absorbing. Take the Indochine: It greets you with a big nose of Thai basil. You lean into it and there’s the fragrance of cinnamon. You taste it and it’s almost indiscernible—who among us has had the rumlike arrack spirit played against chai tea?—yet agreeable. It’s funny that bellyQ has chosen as its slogan “tradition, amplified.” Kim and Vestinos’s flavors seem less amplified than teased out. Amping something up suggests a brashness that is antithetical to what’s going on here.

For instance: Obviously, Kim could have made a seafood pancake in the traditional style (with the shrimp and squid baked into the batter) and ensured that, through proper technique, it wouldn’t fall prey to the dish’s tendency toward grease and mush. Instead, he chose to separate the seafood from the batter, serving a thin—almost delicately crisp—pancake with a lovely nest of ceviche of salmon and calamari on top of it. You gain—in subtlety, in sophistication—but you also lose a little: Unlike traditional takes, this is a dish to appreciate more than to crave.

This is, however, an anomaly. Thai-style fried chicken is habit-forming, the rare bird that’s remarkable not just for its crunchy fry but for the supremely juicy and flavorful meat that’s tucked inside the triple-battered exterior. There are a few tables by the windows where you can grill your own meats; I was never able to snag one, but the kitchen will prepare any of the meats for you (I trust them more than myself anyway). Though the thin, bone-in Korean short ribs were perfectly solid, it was the spicy lemongrass chicken that stole the show with its heady, even heat. Flakes of fried shallot give the intensely, absurdly fatty lamb ribs just the slightest bit of crunch: Torn from the bones and stuffed into steamed buns with crisp slaw and a dollop of Kim’s perfected sauces, the dish becomes pure gustatory pleasure. Journeys to the quiet corners of the menu yielded marvelous discoveries, like the lentil soup, a translucent, heat-backed broth filled with tender little lentils and diced silky tofu. And who could have anticipated that the warm, creamy spinach, tangled with bits of funky Chinese sausage and played against cool, acidic quinoa, would be one of the best things I ate here? This is a $4 side, and it’s as complex and intriguing (if not more so) than most restaurants’ best entrées.