Got an expense account? Let me recommend Benny’s Chop House for your next business lunch. There are tender steaks, leather booths. The volume is low enough for easy conversation, the service is attentive, and most important—it’s right by your office, your client’s office, Trump Tower, whichever’s closest!

For the rest of us—the ones who remain aghast that there are still people out there with expense accounts—what follows is a review of a new restaurant called Benny’s, opened by Volare owner Benny Siddu and helmed by chef Jonathan Lane, who’s fresh off a decade at the Four Seasons.

Benny’s is a steakhouse, not in the suave, reinvented David Burke’s Primehouse fashion, nor in a throwback, old-school Gene & Georgetti mold: Its uninspired environs merely provide an inoffensive setting for the consumption of salted, beefy protein. But what proteins! The filet: It sliced like butter. It was seasoned confidently but not aggressively. The rib eye was almost as fine. It’s served as a duo, in which the more marbled cap is sliced and seared. That cap has all the flavor of the rib eye, with the tenderness of a filet. Alongside it, the steak, which was marginally overcooked, was the slightest bit tough. Lamb chops had even more flavor than the beef, their taste best described as pleasantly and distinctly “lamby.” I gnawed every cent of lamb off the bone, and that’s no small feat: An order of two big chops and a charmless Yorkshire pudding is $40.

That type of sticker led to an unsavory scenario. On one visit, we’d all had appetizers, and each awaited an entrée. But that didn’t keep the waiter from pressing. Didn’t we want to have a starch with our main course? He would go ahead and describe the french fries to us, just so we knew what we were missing. This is the world of the deal monger. How dare we dine without fried potatoes drenched in truffle oil?

Even so, the menu actually has values: An appetizer-size pasta, such as a lovely pappardelle, is $7. While the oxtail ragù it’s tangled with is nice, that sauce is a bit too sweet to be a satisfying main course—and perhaps that’s the point. Salads, too, appear to be bargains, until you taste them. A Caesar got caught in a dressing storm; grilled romaine carried promise, but its garlic chips were greasy and chewy. The price point on fish is palatable, but why bury the skate’s crisp breading in a quarter-inch-thick layer of thick, buttery sauce? I’m enamored by an old-school steaks-and-chops menu, but the executions left me unsatisfied. This disappointment grew when the menu reached for something greater, as in the “Liver and Onions,” a steak-size slice of scored-and-seared foie gras that came out a touch cold in parts. It was going to take more than Meyer lemon to cut through the foie’s richness, and combined with cubes of greasy, uncrisp pork belly, this “updated” dish turned my stomach.

Anyone seeking 21st-century gastronomy here should plan to sip it. The beverage program is wildly accomplished: Beers and wines are cleverly curated by Alinea vet Justin Leone, who’s also responsible for the impressive cocktail program. The Turbid & Clement is like a Dark and Stormy off the rails, enticingly funky from a touch of Zwack, a bitter Hungarian liqueur. Leone’s take on a classic Aviation cocktail is called the Sweeney: It’s a laundry list of revival spirits and liqueurs—crème de violette, Lillet Blanc, Old Tom gin—that feels contemporary, classic and—thanks to all those flowery notes—a little bit romantic. These drinks are compelling and a touch challenging. Combine Benny’s with its neighbor Sable, and you can make a case that bartenders in River North are taking the city’s cocktail scene to some pretty exciting new places. Is it too much to hope the chefs throw down their baked potatoes and follow suit?

Written by Julia KramerWednesday May 12 2010
FacebookTwitterPinterestEmailWhatsApp 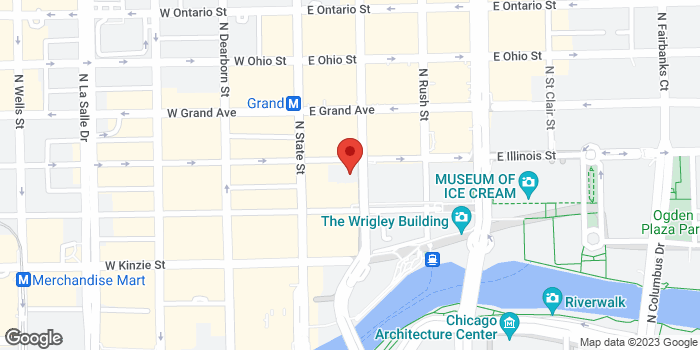