The brioche had an ethereal quality—it gave about as much resistance as you’d expect from cotton candy—and it was interrupted only by the crunch of a roasted hazelnut. Elsewhere in this sandwich: soft goat cheese, the essence of lemon, herbs. A successful sandwich? You could say that. Anybody with half a brain would say that.

Not that there was much a chef could do to screw it up. Good brioche, Laura Chenel goat cheese—the only misstep here would be to burn the bread. Surely, Martial Noguier—the veteran of one sixtyblue and Café des Architectes who designed this sandwich as part of his new, decidedly more casual venture—can handle grilled cheese. Actually, having eaten that sandwich, I know he can. He’s also good with pâté, turning out a notably smooth country pâté (it is, according to the menu, a recipe from his mother). In short, Noguier seems skilled at producing all sorts of simple bistro foods. Which is all that’s on his menu.

His oxtail ravioli is textbook, the pasta so fine it’s almost transparent, the stewed meat still having some bite to it. The steak au poivre is tender, offering almost no resistance from, say, streaks of unruly fat, and it is seriously punchy with black peppercorn. His chicken, offered in two sizes (beware: The “whole organic chicken” is not, in fact, whole), has dark meat that is as juicy as chicken can get, and white meat that…well, it comes close. It’s all made with probably shocking amounts of butter but it never tastes overly rich; rather, it tastes simply correct for the environment. Correct for a bistro.

Several bites in, however, it can get a little boring. Just as there are no surprises on the menu (save, perhaps, that grilled cheese du jour and the rest of the cheese list, my favorite part of which is the warm cheeses—goat cheese has never been so pleasant), there are no surprises on the plates when they arrive. Sliced duck is fanned over an orange sauce. Braised lamb is paired with couscous, which itself has been tossed with dried fruits. These preparations, seen hundreds of times before, can be executed perfectly, but they still leave behind a nagging déjà vu. You’ve been here before—what was it that brought you back again?

Often a room, or the energy therein, will be the factor that tips restaurants like these into the covetable category (see the furor over Maude’s). But this room is dim, and indeed, many of the patrons seem on their way to bed. Sometimes the service sleeps, too—I sat at a table for a full 15 minutes one evening before a server approached, and then it was only because my hungry companion had gotten up and made an inquiry as to the holdup.

We forgot all about that mishap—mostly, at least—by the time Noguier’s trademark baked Alaska reached our table. That handsome combination of toasted merengue, crunchy almonds and icy ice cream was, like most of the desserts here (a combination crème brûlée/chocolate mousse, an extremely standard bread pudding), the low point of an overall very good meal. Which is to say not too low, but definitely the point where you start to ask yourself whether you really want to be here.

One night, at just that point, the fire alarm in the restaurant went off. Strobe lights flashed, alarms sounded, maître d’s threw their hands up in the air. But the patrons? We all stayed in our seats and ate. Many of us, I suspect, had asked ourselves whether we like being at Bistronomic. And something was compelling us to stay. 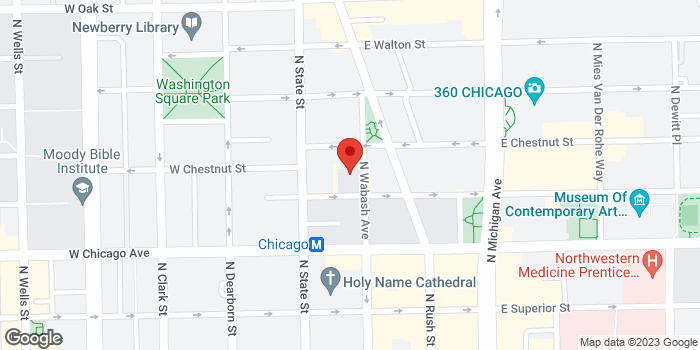