Shortly after taking a seat at Bloom Plant Based Kitchen, I overheard a server attending to the table next to mine offer a very of-the-moment endorsement for the Wicker Park restaurant’s baja tacos: They were TikTok famous.

My date and I didn’t bother to fact check the claim until after we had already ordered, when a cursory search through TikTok revealed at least one video on the subject (albeit with a middling amount of likes). No matter—if these tacos haven’t already achieved TikTok fame, they deserve to. Banana blossom, a fibrous flower that grows from the end of its namesake fruit, is tempura battered and fried until shatteringly crisp, then nestled within a bed of fermented cabbage and hemp seed tortilla; on top, paper thin radishes, cilantro and a drizzle of chili oil provide crunch and heat. With its picture-perfect presentation and novel list of ingredients—I’d hazard a guess that many Americans haven’t yet tried banana blossom—the dish could easily spark some kind of TikTok micro-sensation.

It also tasted a good deal like a fish taco, though I’m aware that might be a reductive comparison. Like its name suggests, Bloom Plant Based Kitchen is 100 percent vegan, and gluten-free to boot. Chef Rodolfo Cuadros, who heads the nearby pan-Latin restaurant Amaru, initially launched Bloom as a ghost kitchen last year before opening the airy brick-and-mortar location this summer with an express goal of bringing health-conscious, plant-based food to the Chicago dining scene. Its website takes a subtle jab at the dominance of fast food-style options within the vegan dining sphere: “With healthy vegetarian options not being the popular choice, we know we have stiff competition,” the About page reads. Don’t expect to find any Impossible Burgers or faux-bacon on the menu.

Even so, Bloom seems to at least draw inspiration from some meat- and animal product-based dishes, right down to their naming choices. The excellent shroom and (sunflower) chorizo flatbread, for instance, bears a smoky resemblance to sausage pizza, with a similar degree of textural heft. Occasionally that quality works against the restaurant’s favor, as is the case for the cultured cheese board—the tangy cultured almond “cheese” globs are too dissimilar from cow and sheep's cheese to really warrant the moniker. I recognize the dilemma here: “Fermented plant-based spread” doesn’t quite have the same ring.

Bloom is at its best when it defies categorization, challenging its diners to think beyond vegan cuisine that relies on meat-mimicking flavors to satisfy. My favorite item of the night, cashew e pepe, offers an homage to cacio e pepe that completely defamiliarizes the dish, subbing velvety cashew cream and cold kelp noodles—plus a sprinkling of arugula—for the traditional cheese and pasta. The resulting dish is unlike anything I’ve ever tasted before, full of slick, salad-like crunch even as it maintains its richness, and so delicious that I ate my leftovers the next day for breakfast. Someone really ought to put that on TikTok.

The vibe: Sleek and casual with upscale sensibilities, including sculptural light fixtures and so many potted plants. When the weather’s nice, ask for a table near the garage door windows, which roll up to create an indoor-outdoor feel.

The drink: BYOB, with a modest list of soft drinks and CBD sodas for the 21+ crowd, though a cocktail menu is reportedly forthcoming.

Time Out tip: The restaurant’s massive windows and warm lighting might make for a nice date night, but we recommend bringing a group of friends—vegan or otherwise—to maximize the amount of shareable plates to try. 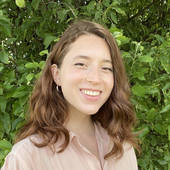 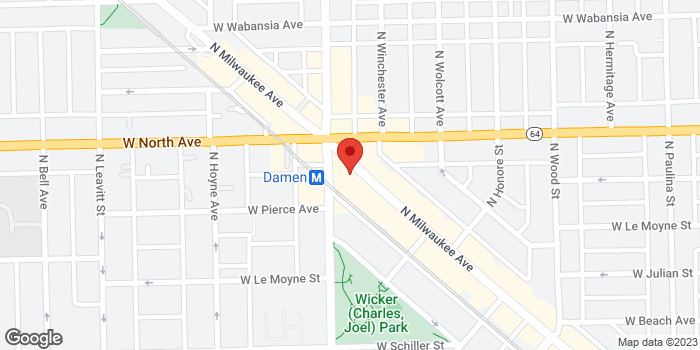