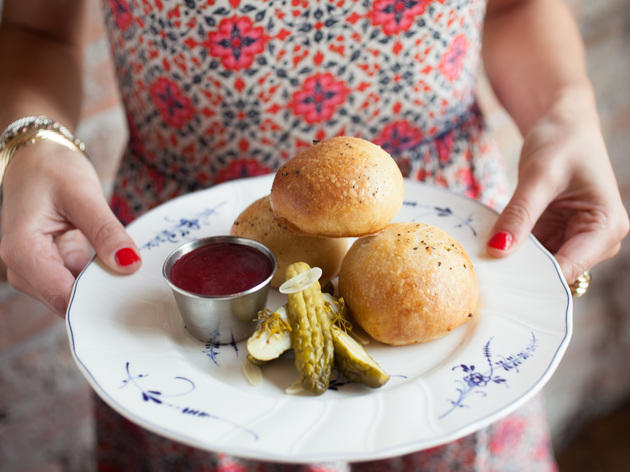 1/17
Photograph: Martha WilliamsBacon buns are on the menu at Bohemian House. 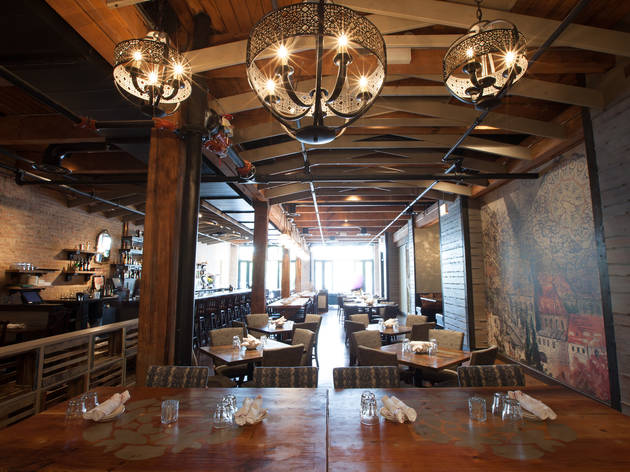 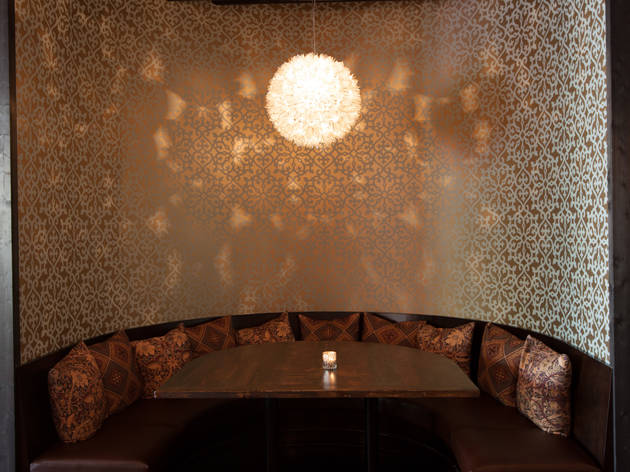 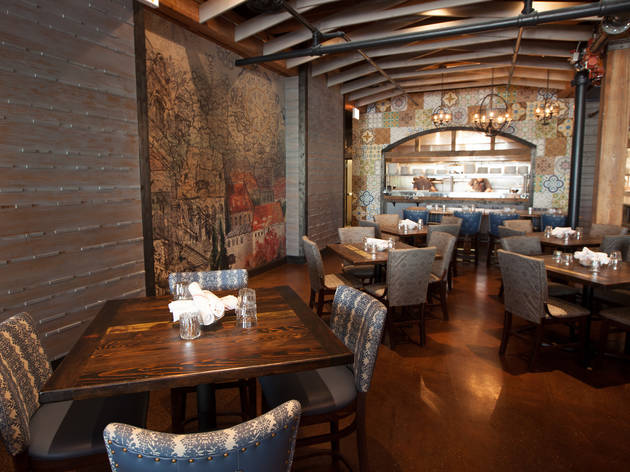 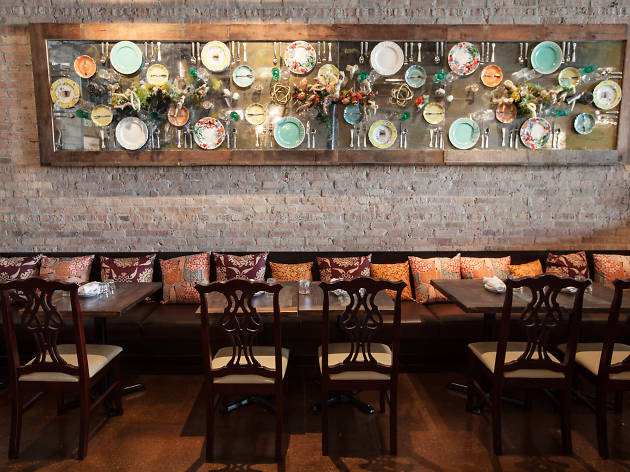 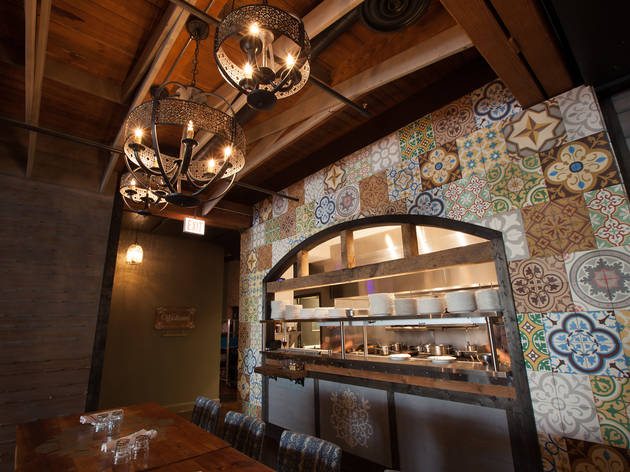 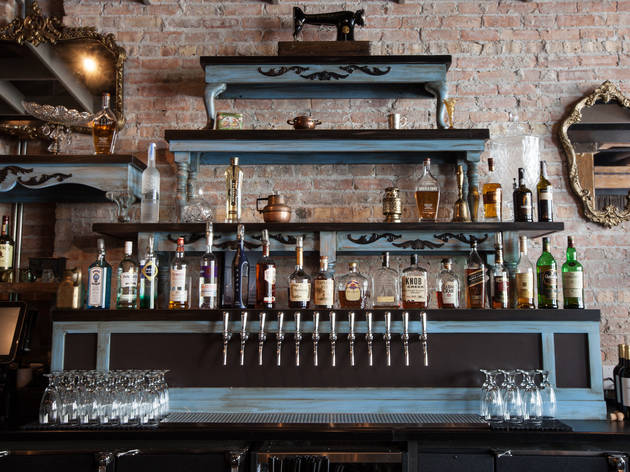 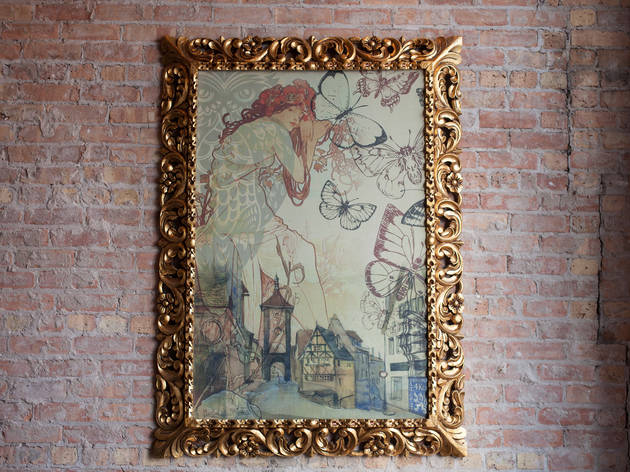 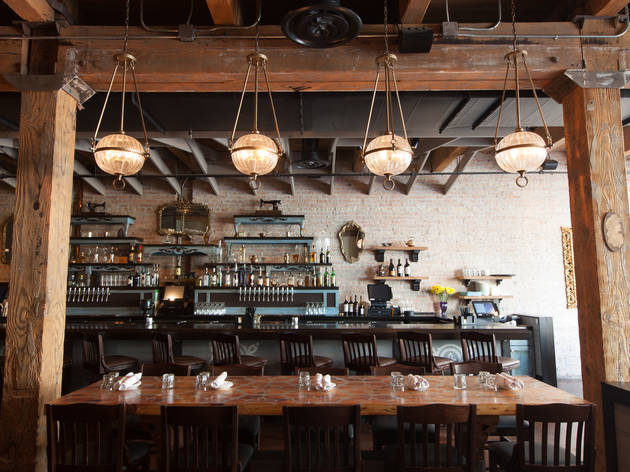 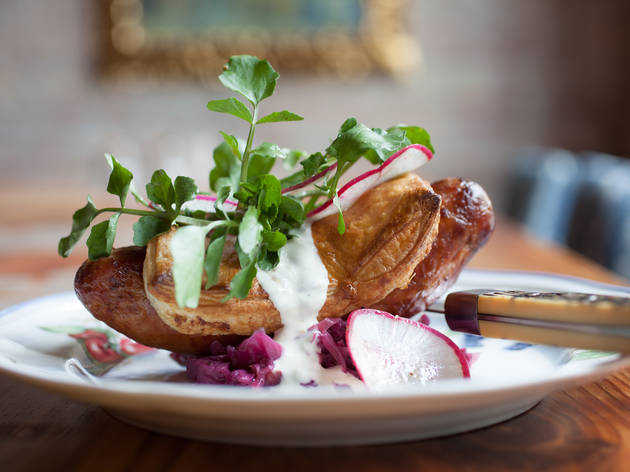 10/17
Photograph: Martha WilliamsKnackwurst in a blanket is&nbsp;on the menu at Bohemian House. 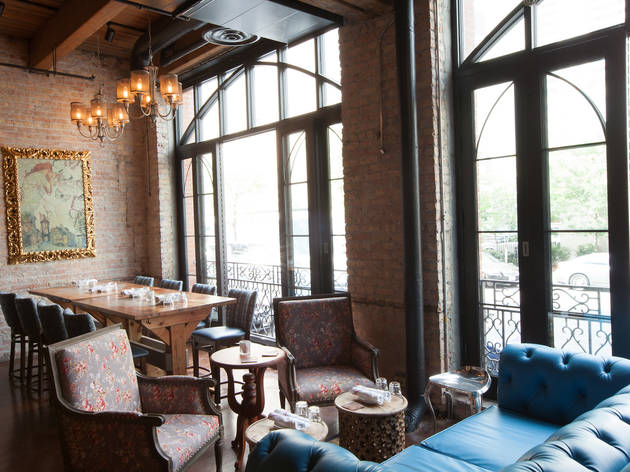 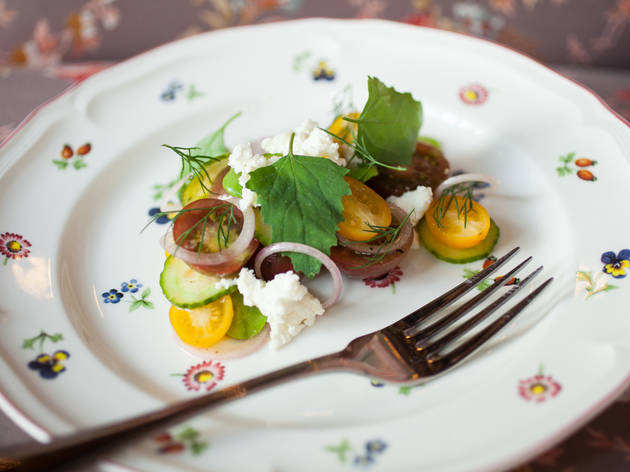 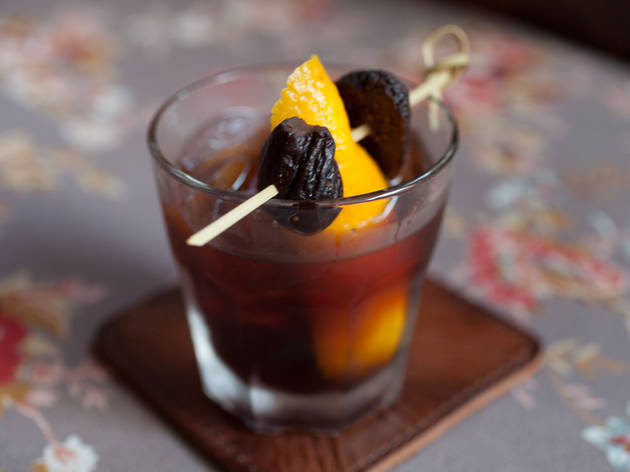 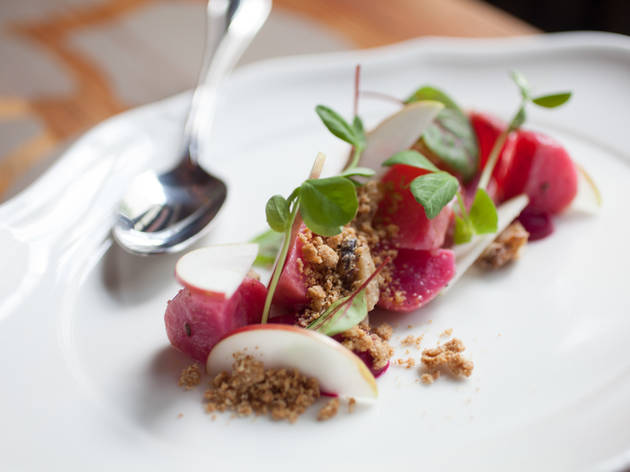 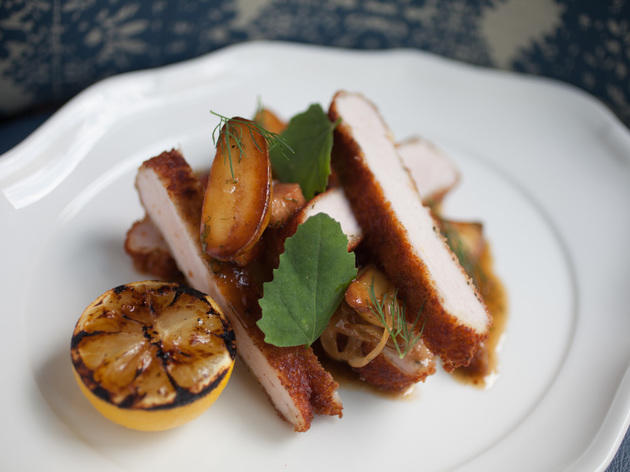 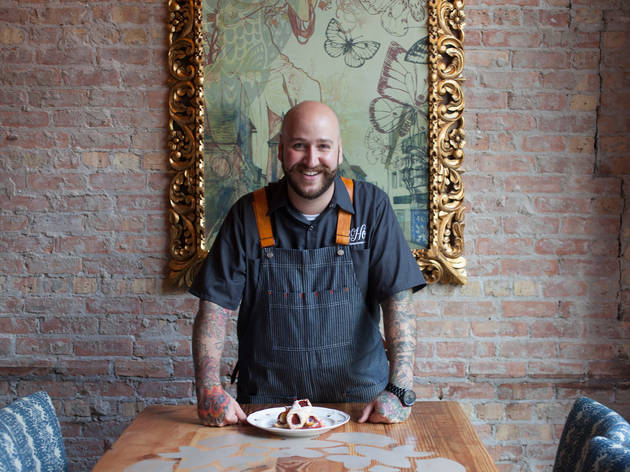 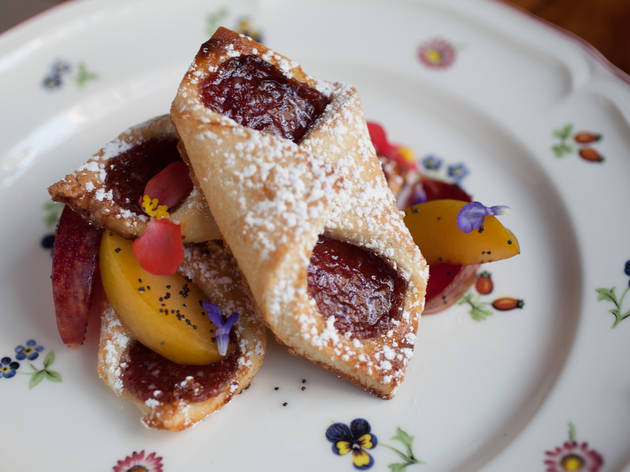 All throughout my dinner at Bohemian House, I wondered why the restaurant had opened in River North and not, say, a hot dining ‘hood like Logan Square or Randolph Street. It’s not just that the space feels homey, with mismatched flowered china, couches for lounging, and a back bar made up of blue tables stacked on top of each other and mounted on the wall. The décor is a stark contrast to the slick restaurants all over the neighborhood, but it’s more because the food, from chef Jimmy Papadopoulos (formerly of Schaumburg steak house Sam & Harry’s), feels intensely personal, like he invited you into his house and made you dinner. This is serious, thought-provoking food, but Papadopoulos makes it approachable.

For starters, it’s a treat to dine at a new restaurant that isn’t a big Italian place or a fried chicken joint. I love these things, obviously, but the world is a big place—there are so many more cuisines to celebrate and flavors and ingredients to try. Here, the menu melds Czech, Austrian and German influences into a cuisine that’s rich and deeply flavored with pickles and vinegars to cut through heavier dishes.

Start with a drink. There’s a list of straightforward cocktails, like basil lemonade spiked with Pimm’s and an old-fashioned made with house vanilla-fig bourbon. Drink these while you’re perusing the menu, because while they’re pleasant, this is Central European food, and when you eat that area's food, you want to be drinking beer. There’s a range of beers on the list, including a couple of Czech and German brews, but I found Blue Nose Brewery’s World War II lager (which a server quickly suggested when the beer I ordered was out), worked well with all of the dishes.

Our enthusiastic server steered us toward the hearty plate of beef pierogi to start, and the generously stuffed dumplings were served with roasted carrots, pickled onions and sour cream. The bacon buns, a doughy trio filled with thick nubs of bacon and plum marmalade, were salty and lightly sweet and came with a side of spicy pickles. But the standout starter was unexpected: slow-roasted beets, set atop a beet and crème fraiche puree, accented with subtly smoked walnuts and apples and drizzled with molasses and caraway vinaigrette. It was a study in textures, and I’m positive we each could have eaten our own plate.

Because we shared all the dishes, the entrees arrived while we were still eating the starters, which made for a full table. The spaetzle was a plate of little dumplings tossed with corn, pickled garlic and tender bits of beef tongue, with an aged gouda sauce poured over the dish tableside. It’s a surprisingly light dish, given the ingredients, and a satisfying one. I’d order it again, but only if my dinner companion ordered Papadopoulos’s version of chicken paprikash, a juicy half chicken coated with hot paprika and served with pillowy bread dumplings, pickled peppers and kale. It’s a generous portion, so half of it came home with us because we weren’t leaving without dessert. This proved wise, because the caramelized plum kolacky—little pastries filled with plum, dusted with powdered sugar and layered with sweet peach slices—is a worthy ending to the meal.

I may have wondered why the restaurant was located in River North, but after leaving, it made more sense. By being located downtown, Bohemian House will reach a wider audience and that’s a good thing for the restaurant—for Bohemian cuisine and, most of all, for diners.