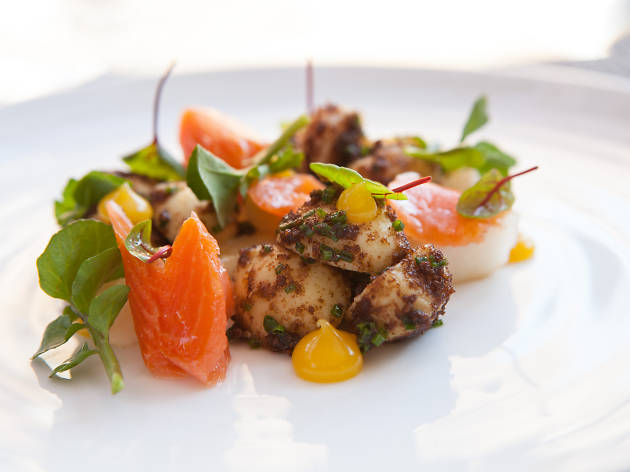 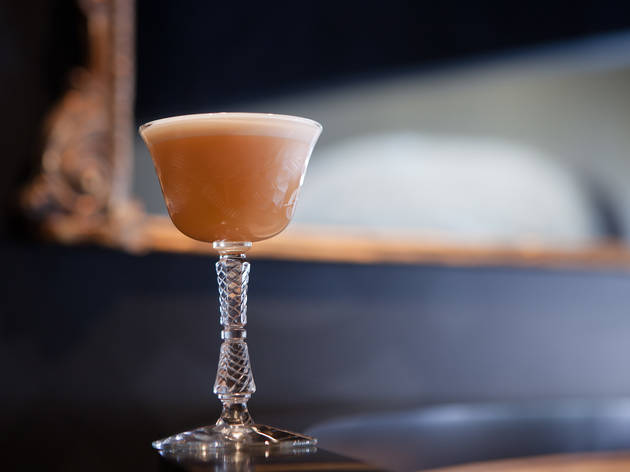 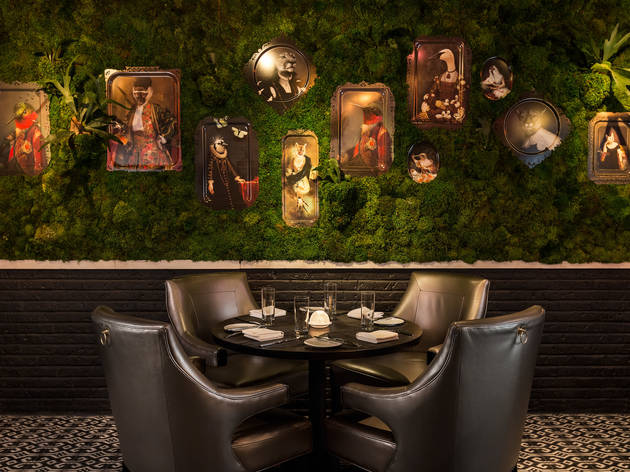 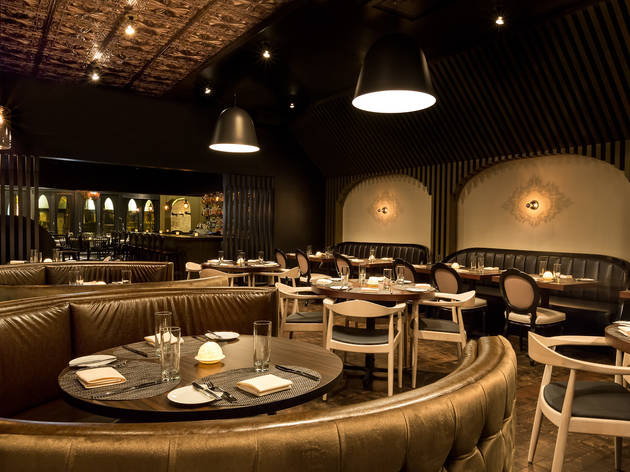 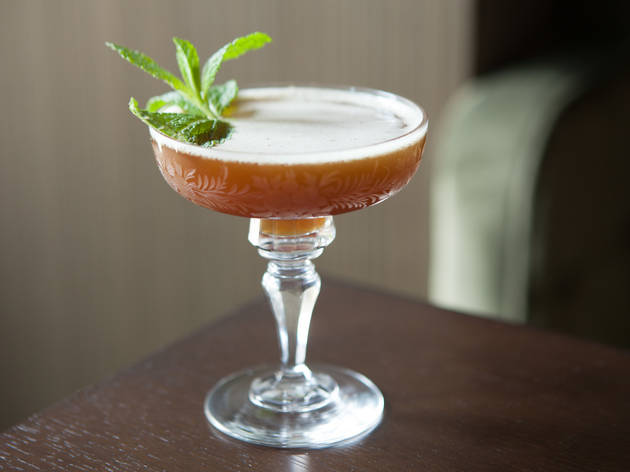 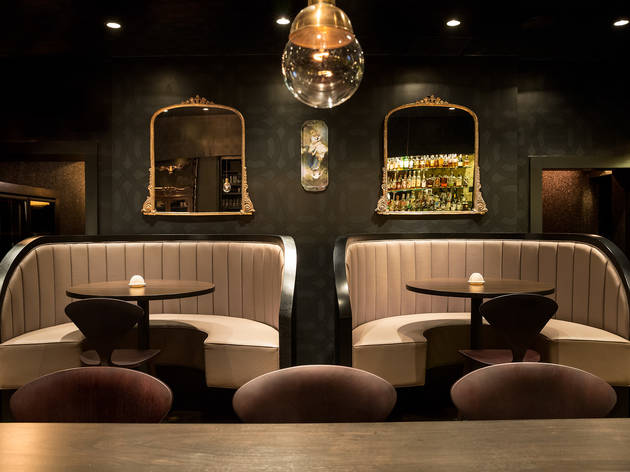 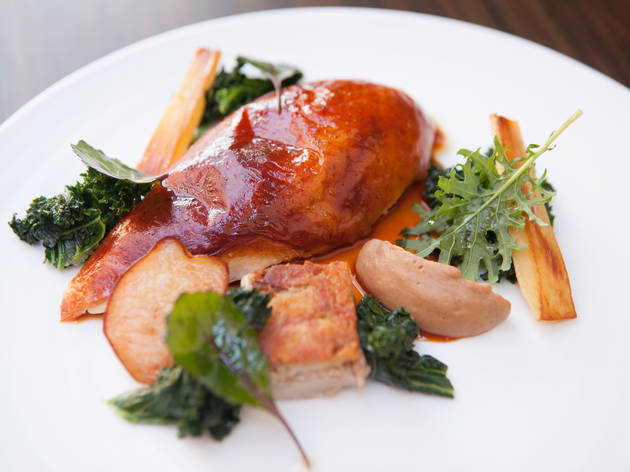 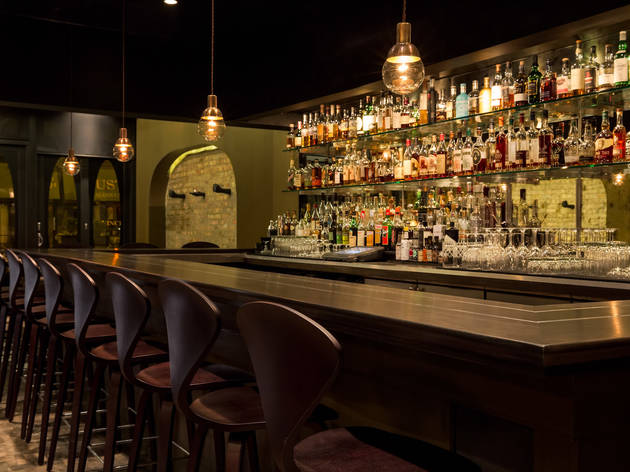 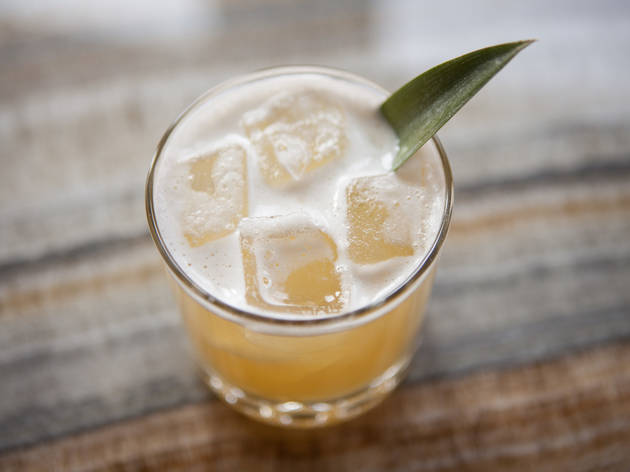 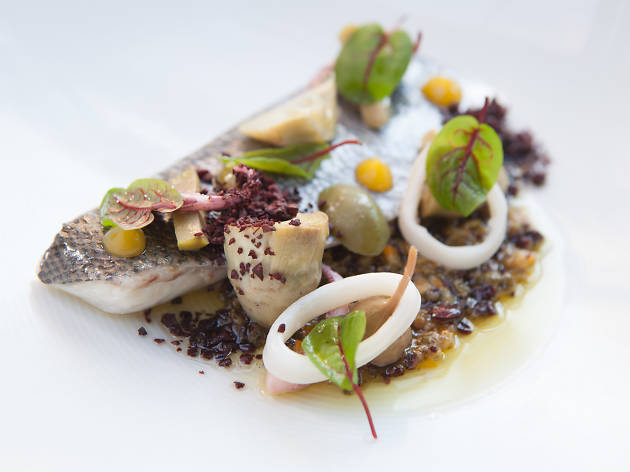 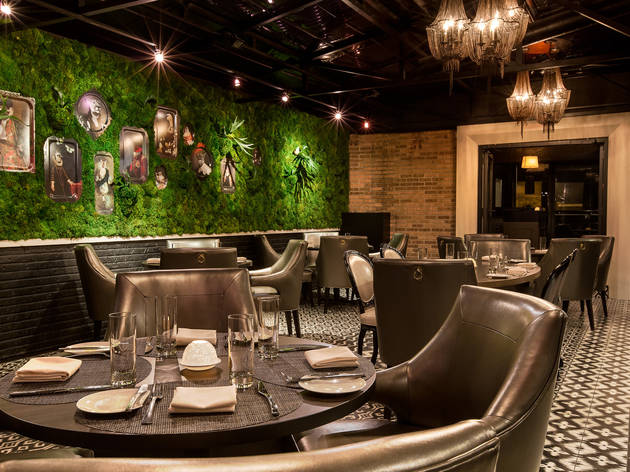 While we were driving to dinner at Boka last weekend, my dinner date confessed: “All I want to eat for dinner is chicken.”

When the Boka Group overhauled its ten-year old flagship restaurant earlier this winter, it made a few key changes. It revamped the space so it’s unrecognizable from its previous, staid incarnation—now, there’s a huge moss- and plant-covered wall (designed by former Time Out dining editor Heather Shouse’s Bottle and Branch horticulture company) with paintings of elegantly dressed-up animals; a bar area that feels like a boisterous brasserie, with dark leather, brick walls and dim lighting; and portraits of Bill Murray and Dave Grohl as generals. Bartender Ben Schiller had already departed for the Berkshire Room, and he was replaced with Tim Stanczykiewicz (GT Fish & Oyster, Balena), who handles the list of crowd-pleasing cocktails that don’t overpower the food, like a bee’s knees. And it brought in chicken god Lee Wolen, formerly chef de cuisine at the Lobby, to take over for GT Fish & Oyster’s Giueseppe Tentori.

At the Lobby, Wolen’s star dish was a roasted chicken for two, a dish brought to Chicago from New York’s NoMad (the sister restaurant to Eleven Madison Park, where Wolen was a sous chef). It’s a different dish at Boka, but it’s still a knockout—lemon and thyme brioche is stuffed under the skin, then the breasts are roasted and the legs confited, shredded and pressed. The result is two preparations on the same plate: the breast, with crisp skin on top, rich brioche stuffing in the middle, and tender meat underneath. Then there’s the leg meat, set to the side, alongside apples and kale. It’s comforting but refined, and at $26, feels like a steal. That’s another change at Boka—a slightly less expensive menu. Dinner for two, with the recommended four courses per person (salad, starter, entrée and dessert), plus cocktails, is around $200, before tip.

While the chicken is the main event, the supporting courses are also satisfying. The broccoli salad, with both roasted and shaved pieces, comes with crisp Parmesan crackers, marcona almonds, yogurt and lemon; it’s cheesy and crunchy, but also elegant, something I never thought a broccoli salad could be. The winter greens salad comes with a poached egg and little nubs of blood sausage, which I can only hope is a sign that blood sausage is the new bacon. The ricotta gnudi is light and airy, while the accompanying mushrooms, squash and sage make the dish earthy and warm. The lemon sole entrée, with saffron and fennel, is bright and a lighter main course, perfect for saving room for Genie Kwon’s excellent desserts, like yuzu custard with spongy black sesame cake.

We were seated at a table in the bar area, but try to avoid this if possible, since it’s so loud that we couldn’t hear our servers, and the elaborate garden wall in the other dining room is something to behold. But it you can’t, don’t worry—it’s worth sitting anywhere you can just to try that chicken.