Dining at Bottlefork should come with a warning: You will be uncomfortable.

There will be long, pointy cocktail sticks in your glass with no apparent purpose other than to poke you in the eye. Awkward servers may peek over your dinner date’s shoulder to talk to you. The two-top tables are so close together that you’d better sit your thinnest party member along the banquette so they can squeeze out.

If that doesn't bother you, then you might have a good time, especially if you stick to the bar. The new River North restaurant comes from Billy Dec, the behatted nightlife guy best known for Sunda and Rockit. For this restaurant, he turned to Kevin Hickey, a Bridgeport native who was running the kitchen at Allium, and who headed to Bottlefork as a stopover on the way to opening his own new restaurant.

I liked Hickey’s whimsicality at Allium, in dishes like the house hot dog, served with condiments in tiny squeeze bottles, but Bottlefork has more gimmick than whimsy. There’s a $35 cocktail. The décor plays on taxidermy, like an octopus tentacle coming out of the wall. And there are scare quotes used liberally throughout the menu to describe dishes like "poutine." (Spoiler: It’s just poutine.)

The quotes aren’t the only problem with the printed menu. While the opening menu noted that the kale salad was grilled, when the dish was tweaked, the new description mentioned the crispy anchovy, Wisconsin Parmesan and ramp Caesar dressing, but not the fact that it was grilled. We had to ask our server why the dish tasted like a campfire, and only after we had the answer could we pay attention to the fried anchovies and pickled ramps, which we liked.

There are also problems with serviceware. Serving dishes are so deep that that sauces pool at the bottom, as with the poutine, which was dry and entirely devoid of gravy on top, while the bottom third was drowning in it. All dishes are rounded, so any attempts to place our forks and knives anywhere but right on the table led to them clattering off.

If there’s a bright spot on the food menu, it’s the snacks section, which includes addictive “popcorn” sweetbreads accented with pickled pepper aioli. There’s a dish of piggy jerky, which is made with soy, garlic and cola, and which my dinner date and I made quick work of. And there’s quail Scotch eggs, which are wrapped with bratwurst and fried. They’re all ideal for snacking on when drinking Drawing Room alum Brandon Phillips’s cocktails. It’s an ambitious list, and most cocktails cost $14 and include good versions of Vieux Carrés and Boulevardiers. Phillips branches out with his own creations, like the Losna, a Solemn Oath beer cocktail with rum, amaro and syrup made with Movie Night tea from David’s Tea. It smells fruity, but there’s some backbone to it and I could have put away a few.

From there, the cocktails go nuts—there’s a $35 Bill Brasky (which was $30 on the opening menu), named for the Saturday Night Live sketches, which is made with rye, moonshine, bourbon, Scotch, vermouth and bitters. While served in a comically large glass, it’s a solid Manhattan and far more balanced than the Chi-Sconsin Old Fashioned, which is $22. You can also pay $6 more to swap out Rhine Hall’s apple brandy for a cherry brandy Bottlefork made with the distillery. I did, but then shook my head when I realized I paid $28 for an old-fashioned that was dominated by Luxardo Maraschino.

Hickey is a serious chef, but we might have to wait for him to step away from Dec and River North to his new project, the Duck Inn in Bridgeport, to really see what he’s made of. Because at Bottlefork, the bottle is stronger than the fork. 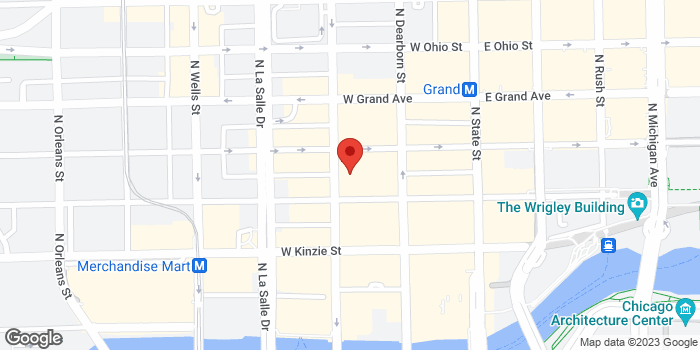