“I have to move closer to this bakery,” I thought to myself as I sat at Bunny, the Micro Bakery. The notion was fleeting, but for a moment I was convinced. Crammed into a little seat by the window, snacking on doughnut holes—which were doughy, sweet and a steal at $1.50 for six—I watched as patrons received heaping dishes and adorable foie gras toasts at this tiny shop, hidden away on Broadway Avenue in Lakeview.

But you should know a few things Bunny, the Micro Bakery before visiting. First, its name is entirely accurate—there’s enough seating for six people rubbing elbows at a short and somewhat rickety bar. This would normally make me uncomfortable, but you can’t expect much legroom at a place that calls itself “micro bakery.” Second, everything about Bunny is indebted to the personal style of owner and chef Iliana Regan—you’ll see hints of the minimalist design elements that populate Regan’s restaurant Elizabeth, including white plaster animal heads and figurines. Other homey touches fill the space as well—the hand-drawn menu on brown butcher paper taped to the wall, mismatched plates and tiny golden rabbits on the table. Finally, be advised: Special items tend to sell out quickly. By the time I arrived at Bunny (two hours after opening), one of the daily specials—biscuits with duck gravy—was already gone.

But don’t fret. A shortage of special dishes doesn’t mean you can’t get a great meal. During my visit, the bakery was running a biscuits and gravy special, topped with two sunny-side up eggs and gravy made with sautéed mushrooms, served in a deep bowl. The portioning of the biscuits and gravy was huge, but toasts covered with a variety of toppings, tartines and sandwiches make for a more manageable breakfast. One highlight was the foie gras toast, which features an adorable foie gras owl tempered by tart raspberry jam and pillowy house-made brioche. Another was the seeded rye with tart and salty pickled fish tartine, topped with crunchy radishes, onions and greens. The only misstep was the burger, made with overly rich meat as well as aioli, American cheese, lettuce and a caraway bun. It was disappointingly subpar.

Despite the one setback, it would be silly to leave Bunny without taking a few of Regan’s treats home. A case filled with sweets and bread next to the register is just begging for you to take something home (try the tiny salted caramels for 50 cents or the Blood and Ink Loaf with the slightest bit of butter). Bunny does a stellar job with great specials, good portions at fair prices and a laid-back atmosphere to make you feel at home. Regan’s tiny bakery is my dream breakfast spot, the perfect way to start the day. A meal here may not last as long as you’d hope—isn’t breakfast always too short?—but it always delivers delicious dishes and plenty of snacks for later.

Atmosphere: The bakery is tiny and minimally decorated with touches that resemble those of Lincoln Square’s Elizabeth. White is the primary color, but Regan adds a bit of her own homey Midwestern flair.

What to eat: The bakery’s breads are its specialty, so be sure to grab a loaf. Sweets like doughnut holes and the special pastries are also a must.

What to drink: Regan serves up her famous mushroom tea—a meaty and savory drink. But the star is the cooler, which is bright, citrusy and herbaceous.

Where to sit: You probably won’t have a choice, but the seats near the window are nice. If you don’t mind walking, take your meal to Lincoln Park, less than a half-mile away. 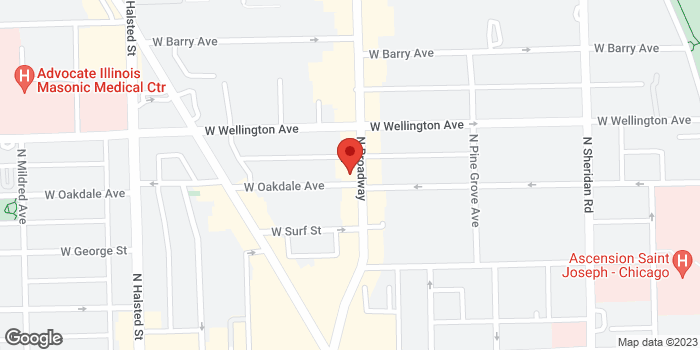