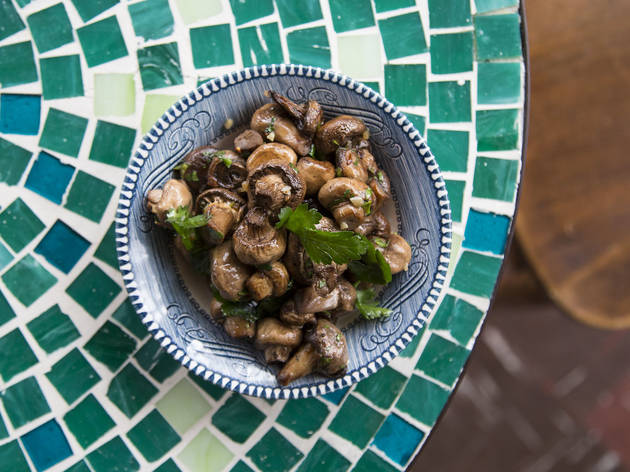 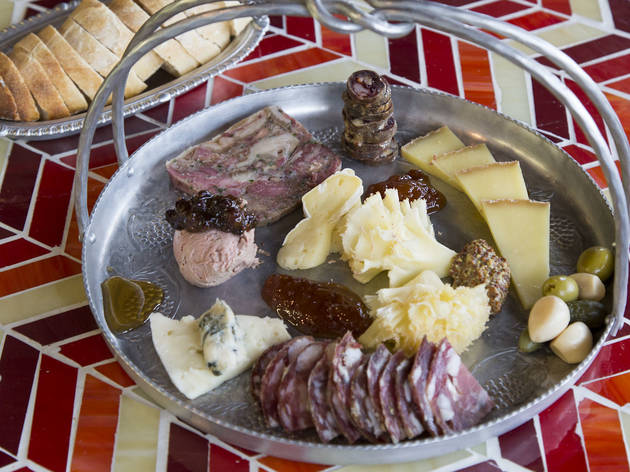 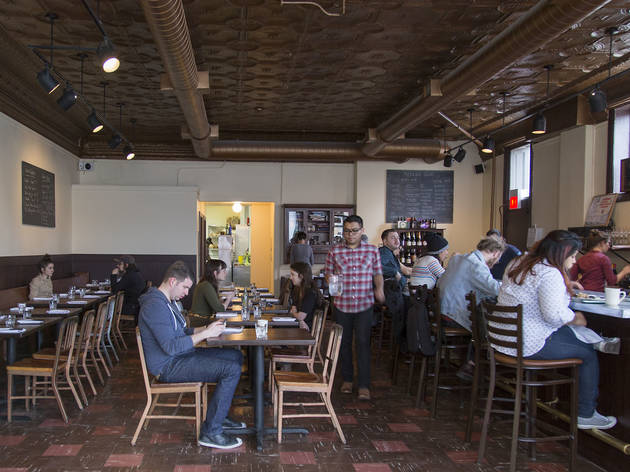 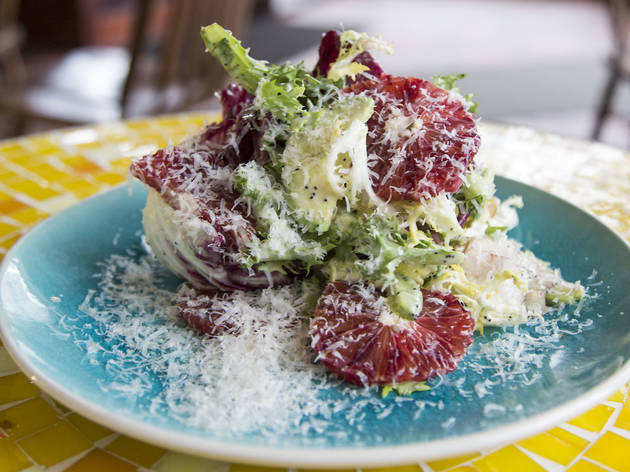 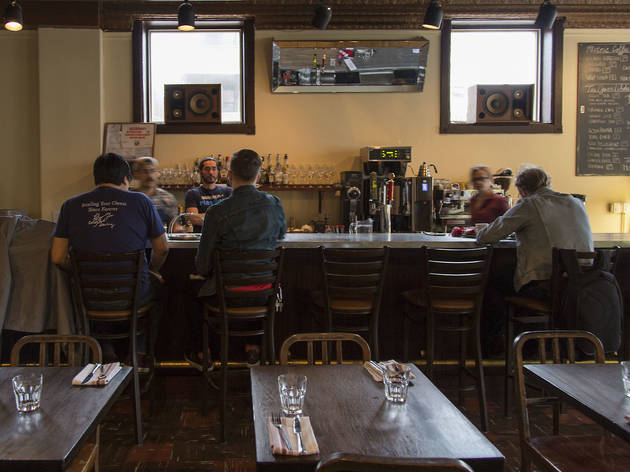 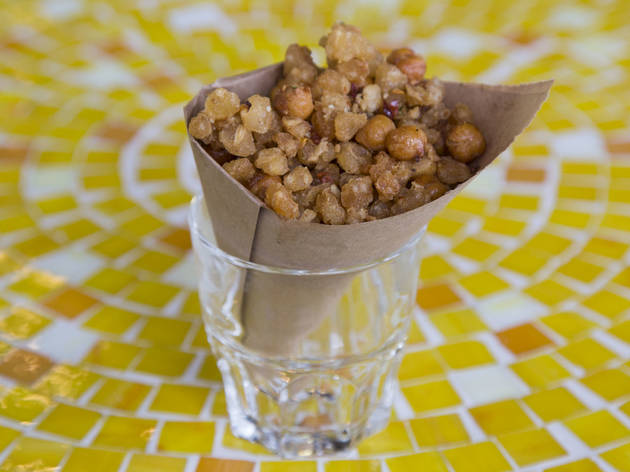 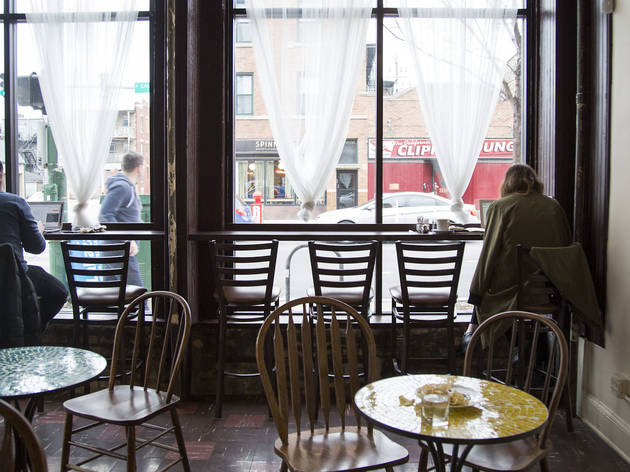 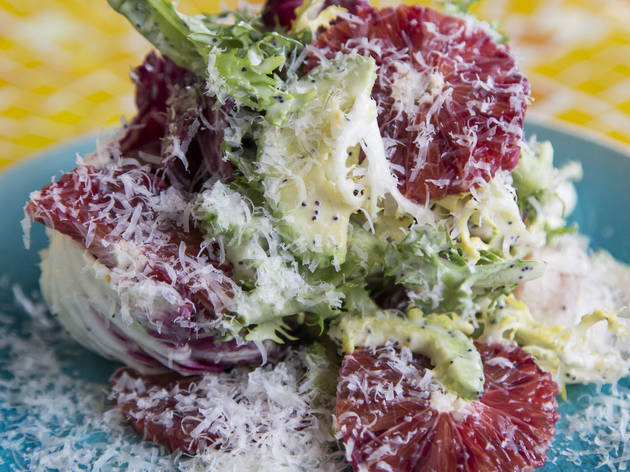 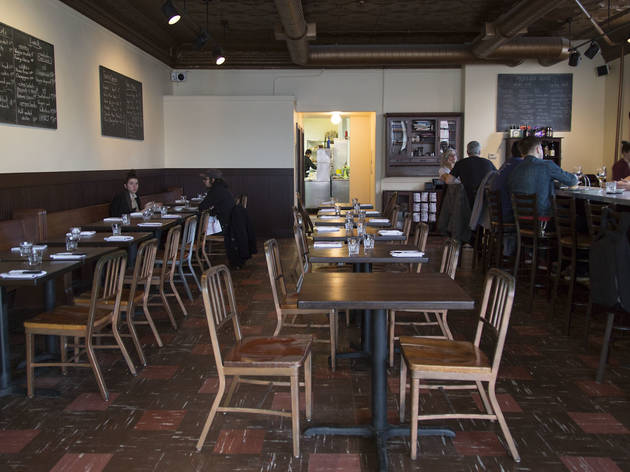 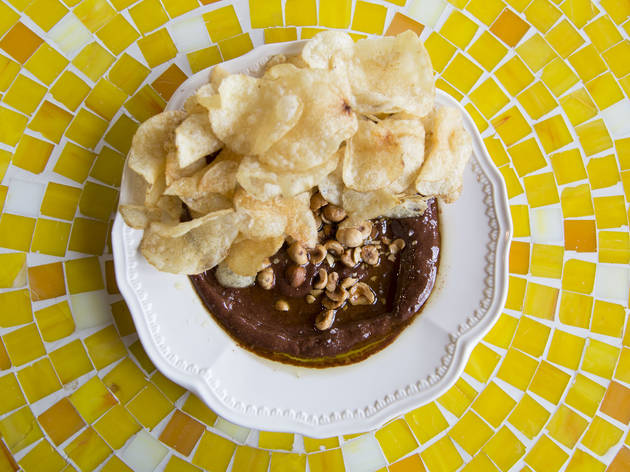 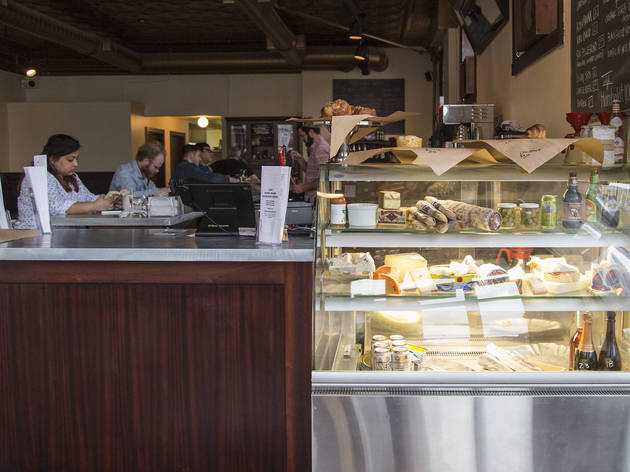 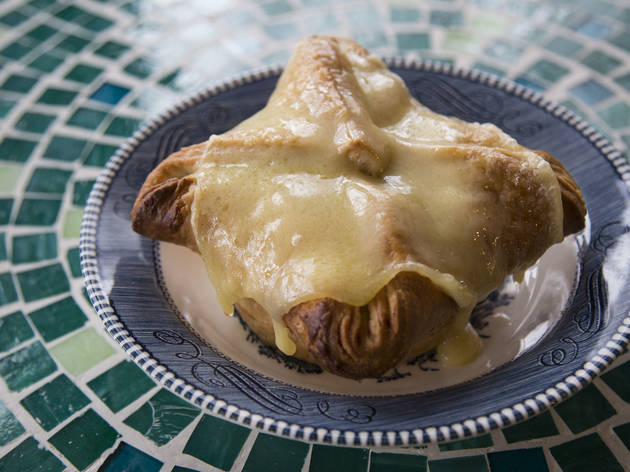 As the most recent opening at the intersection of California Avenue and Augusta Boulevard in Humboldt Park, Café Marie-Jeanne provides yet another dining option in the burgeoning area. Chef Mike Simmons offers up his own take on an all-day café, with coffee, pastries and breakfast dishes in the morning; soups and sandwiches for lunch; and wines, snacks and larger entrees for dinner.

You won't want to leave the restaurant without getting a meat and cheese plate. Simmons took notes during his time at Rootstock, assembling a small but delightful selection of fancy meats and cheeses. The house-made pâté and foie gras terrine is both rich and smooth, served with slices of bread, mustard, olives and jelly. Cheeses include a rotating selection of hard cheeses like mimolette and softer varieties like delice du jura. If you happen to see tête de moine on the menu, it’s a must-order—the semi-hard cheese from Switzerland is served in thin shavings that look like small florets.

Jamie McLennan (Rootstock, Webster’s Wine Bar) heads up the beverage program, offering a small selection of cocktails, beer and a well-curated wine menu. Wine is the restaurant’s specialty, pairing nicely with snacks like the addictively salty fried chickpeas and hominy.

The dinner menu boasts a small selection of soups and salads, a long list of sides and a variety of entrees. Skip the chicory and avocado Caesar, an overly bitter pile of radicchio and endive with hidden chunks of avocado. Instead, turn to entrees like the savory duck and raclette omelette, with tender pieces of duck accompanied by gooey, melty raclette. Vegetarians should try the hearty veggie pot pie, made with in-season root vegetables, like carrots and parsnips. The gianduja and kettle chips (comparable to potato chips with Nutella dip) makes a fine dessert for those who appreicate the comibination of sugar and salt.

Café Marie-Jeanne cast itself as a place to eat a meal, but the meat and cheese plates, snacks and wine prove to be the main attraction. While some entrees are well-executed, the majority of the menu pales in comparison to the formidable pre-dinner plates. For now, you're better off stopping by for appetizers and drinks before moving on to enjoy a main course somewhere else.

Atmosphere: The romantic and rustic restaurant has a large front of house with a diner feel, filled with two-top tables lit by candles.

What to eat: Snacks and fancy meats and cheeses.

What to drink: The menu relies heavily on a robust wine list, so ask your waiter for suggestions. As far as cocktails are concerned, grab the Café Marie-Jeanne, a well-balanced whiskey cocktail.

Where to sit: Depending on the size of your party, grab a table near the window to plan out your next stop on the California and Augusta corner. Otherwise, the row of two-tops in the middle of the restaurant is great for dates, while larger groups can line the walls. For a quick snack, take a seat at the bar.