There is no denying the technical skill behind the low-country boil: Surely someone had to make the slices of pullman bread; the rustic, spicy rabbit chaurice sausage. There must have been diligent sourcing of clean-flavored clams and sweet, fulsome shrimp, both of which burst with the juices of Old Bay broth. But to eat it, to make a mess of yourself while digging corn on the cob out of the cast-iron Dutch oven, is to think of none of these things, to never for a minute consider someone fussing over it. Instead, you merely—and thoroughly—enjoy it. That is the magic of Carriage House and of its chef, Mark Steuer.

Steuer earned local cred as the savory chef at Mindy Segal’s HotChocolate. Yet when he broke out with the first place of his own, the Bedford (where he’s still the chef), something was amiss. With the opening of Carriage House, it’s clear what the problem was: His heart was buried deep along the shores of South Carolina.

You can see it in the picnic board, my second-favorite thing on the menu (after the low-country boil), a sampler of the South: distinctive country ham, a giant quenelle of pimento cheese, pickled eggs, bread-and-butter pickles, shrimp remoulade and a mini skillet of corn bread. You can see it in the roasted oysters, the lush crab soup, the ham-hock-and-succotash hash. These dishes prove you can retain a rustic, heartfelt, bold understanding of regional Southern cooking—in fact, you can bolster that tradition—while applying a chef’s understanding of balance to what appear (at first read) to be heart-stoppingly heavy foods. Steuer does this by nestling fresh crab in the center of a small bowl, preserving the meat’s delicate flavor until the moment the server surrounds it with a thick, complex bisque. He does it with the bright buttermilk vinaigrette that contrasts with the rich oysters; he does it with the tangy mustard vinaigrette and okra pickles that cut through the pork and beans.

This delicate balance between tradition and reinvention is Carriage House’s sweet spot—but it’s a spot the kitchen hasn’t entirely snuggled into yet. The bitter bourbon mustard that accompanied the pickled eggs in the picnic board: Why try so hard? And Steuer’s elaborate fried chicken thigh, a deboned, rolled, sous-vided piece that immediately breaks off from its uncharismatic coating? Seems to me a strange case of attempting to fix something that is not broken. (In typical Steuer fashion, the pickles and sweet-potato hot sauce that accompany the chicken are so good, I barely could stay annoyed about this.) And there is one real boner on this menu, a $34 buttermilk-marinated rib eye that apparently is supposed to come out grayish in color, with a good deal of muscle tissue and fat, paired with tomatoes and grilled chicory that do nothing for it.

I say supposed to because I was recognized by one of Carriage House’s bartenders, and when that happens, you can be sure that the kitchen is sending out the best work it can. Speaking of: Michael Simon and Sterling Field are responsible for the first-rate drinks, from the bright, vegetal Chartreuse Elixir to the savory, smooth Lowcountry Gin Gibson to a Singapore sling whose perfection is like a giant apology for every act of cruelty that’s been inflicted on this often puckery and overly boozy tiki classic.

The cocktails set a serious, refined tone, but it’s Steuer’s food (flawed as it can occasionally be) that evokes a powerful sense of place. Which is just about the opposite of what the room itself calls to mind, which is…the numbing trendiness of any contemporary, spare Chicago restaurant. (I had hoped for a space with the warmth and coziness of Art Smith’s Table Fifty-Two, which benefits from being in a coach house.) I also was initially put off by the price points, which is an issue that’s two-fold. On the one hand: Restaurateurs, in my opinion, underestimate how important value still is (gentrification and all) among diners in Wicker Park and Logan Square, and the fact that Carriage House’s wine list barely dips below $40 and averages $85 threatens to alienate the neighborhood. I also think the restaurant should think of its four “Suppers” (average price: $30) as meals for two, since, well, they are, particularly when you’re ordering one or two small plates per person (as you should). On the other hand: We as a society have marginalized Southern food; we’ve been taught to think of it as cheap and casual. CH is not cheap, and there’s no reason it should be. Which is why, in the end, the compelling sophistication of Steuer’s food demanded I eat my supper and get over it. 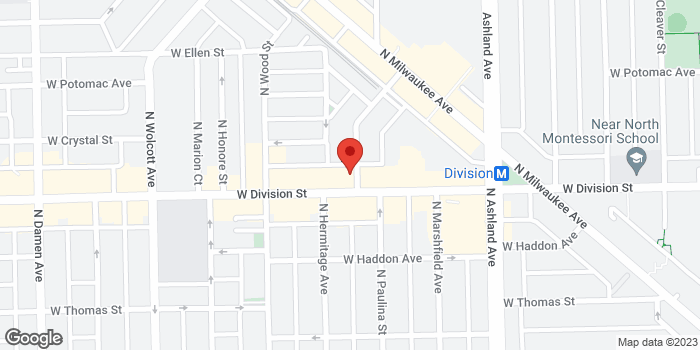