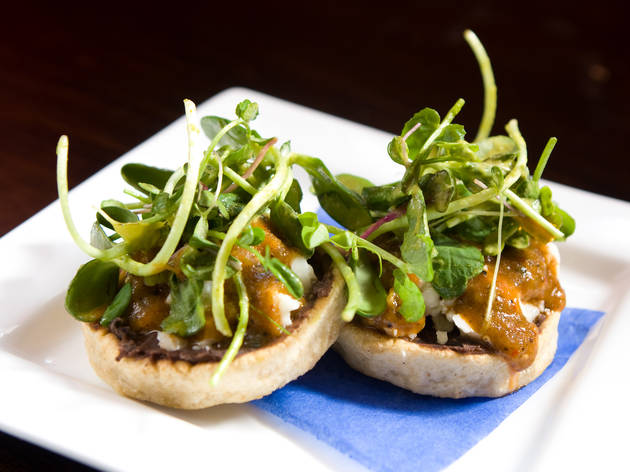 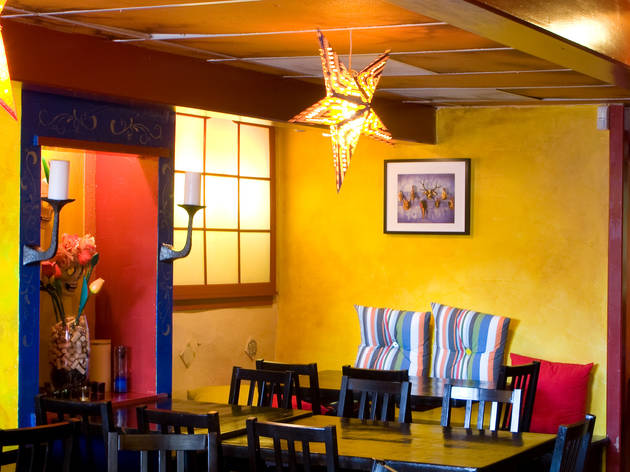 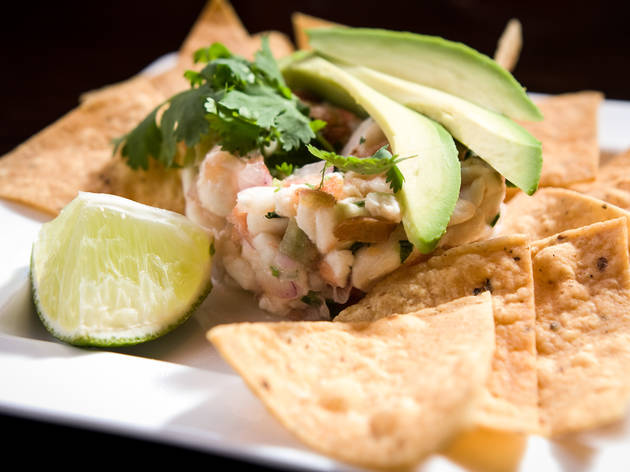 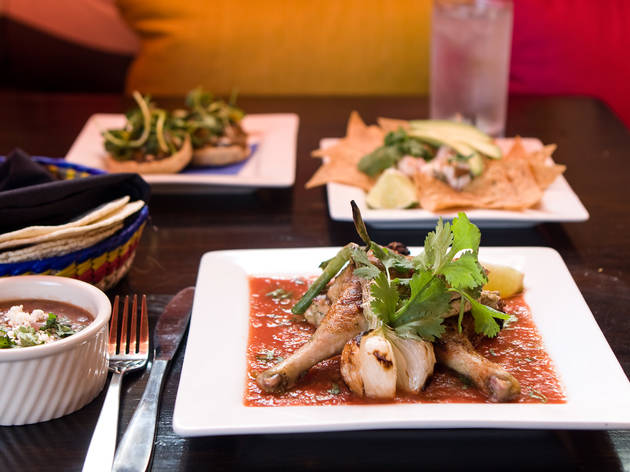 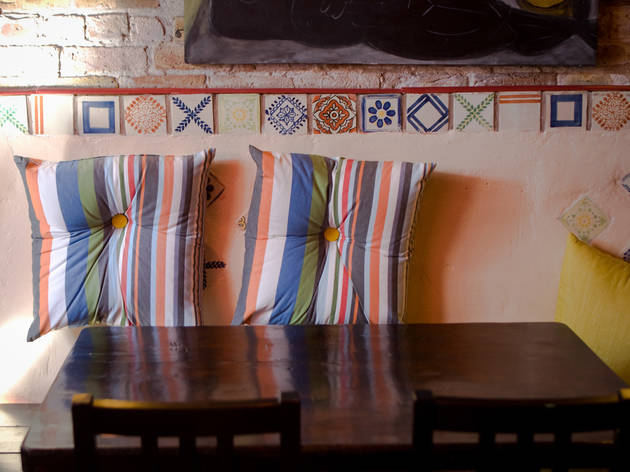 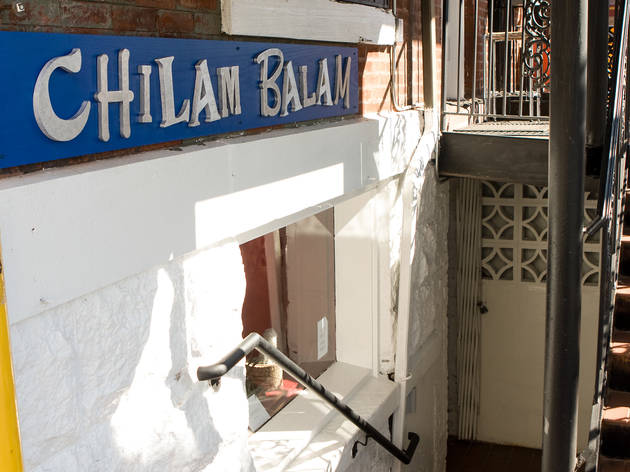 Their names were Jim and Rachel, and they were members of the Wall Street Journal wine club. They were finishing their meal as my table was seated, and they told me precisely neither of these things. But it was hard not to listen in as they regaled their server with the provenance of their Peggy Noonan–approved bottle, then called over the chef to expound on their meal and to praise him—exuberantly. They were nothing if not polite, and they were taking Chilam Balam awfully seriously.

None of this would have been of particular notice except that the feel of Chuy Valencia’s brightly hued, subterranean Mexican restaurant is not the least bit serious: It’s more underground dinner party than stuffy exercise in fine dining. The room is small, the tables are close together (How else could I know so much about Jim and Rachel?), the place gets packed, the dishes arrive in a flurry, and—like many a dinner party—the music (an assortment of pop covers) is unbelievably bizarre and random. And then there’s the food, which conveys the energy and excitement of its 23-year-old chef, while being executed with the craft of someone twice that age.

Take the memelas. Actually, take two of them—the masa tarts (pictured) are filled with smoky black-bean puree and goat cheese where queso fresco would otherwise be, resulting in an unexpected richness, creaminess and tanginess. And trust me about the salad: It’s a beautiful salad, peppered with crunchy, candied pumpkin seeds and a handful of the sweetest cherry tomatoes. Meaty hunks of halibut make for a rustic ceviche; bright acidity and heat make it a ceviche that kills. Hanger steak comes out rare, but you’re going to get over your anxieties and like it that way, because it’s set on a guajillo-chile sauce that will call for the attention of every one of those fresh, warm tortillas on the table. The leg of lamb is also prepared rare, but its chocolate-chile sauce tasted, disappointingly, only of chocolate.

Finally, there are scallops. (Forget dessert—the sugar-coated, peanut-butter-filled empanadas served with fig jam are playful but less successful than the savory side of the menu.) I don’t usually ask much of scallops aside from a good sear. But after eating these—surrounded by fresh corn and wax beans and deeply earthy roasted mushrooms—you can be sure I will from now on.

Forgive me if I’m reaching Jim and Rachel–level exuberance. I’ll be honest: That night, as my table cleared out around 11, with little more than a few empty cans of Tecate to show for ourselves, I wished Valencia was still around so that I, too, could have thanked him.