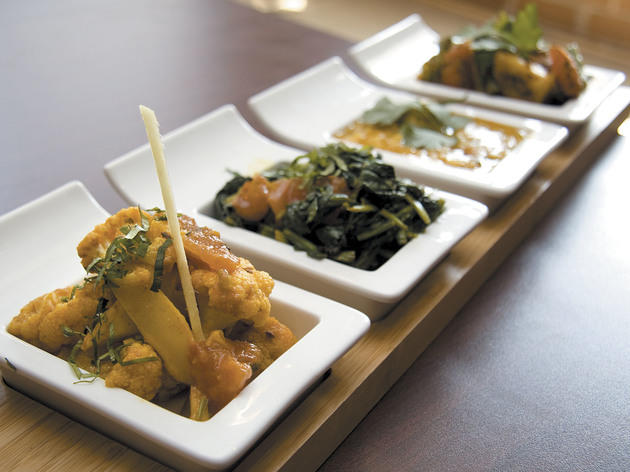 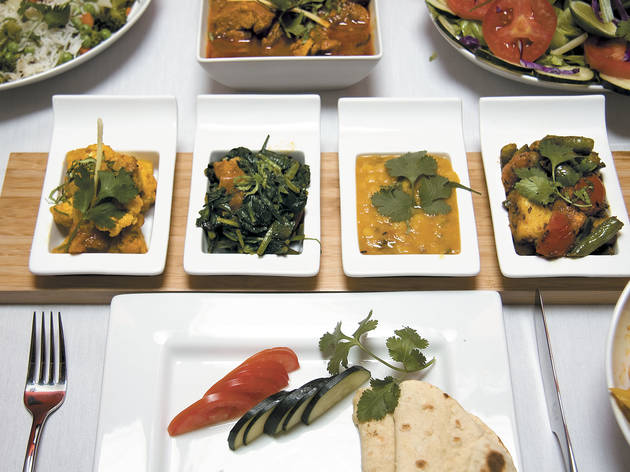 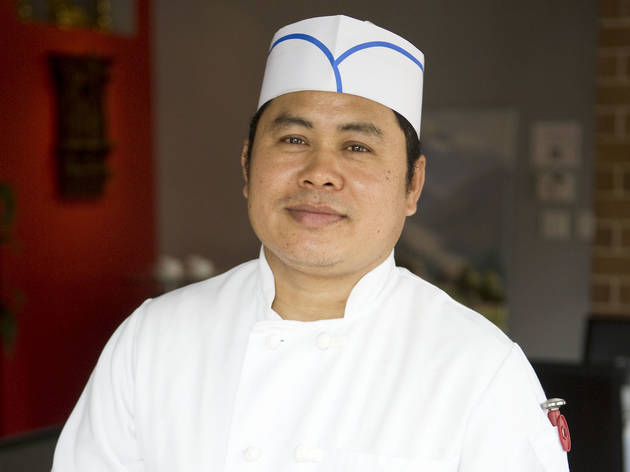 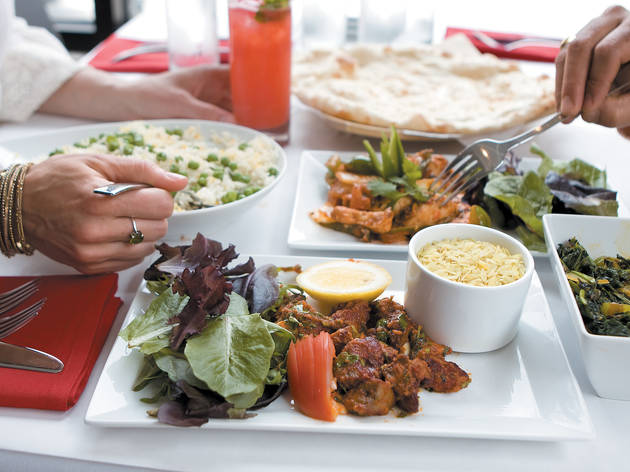 If I had a dollar for every time someone asked me why there’s no Indian food in Wicker Park, I’d have enough money to open my own Indian restaurant (something I’ve given serious thought to). How the WP went this long without it, we’ll never know. What matters now is that the wait is over. With the arrival of Cumin, you can finally pick up some biryani with your gold American Apparel stretch pants.

As excited as everyone is about the arrival of Cumin (and let me tell you, the packed house is positively giddy), I’m hoping that people aren’t just sticking to their usual butter chicken and are taking notice of the Nepali stuff on the menu. For the last six years, chef Min Thapa has been cooking at Evanston’s Mt. Everest, one of only three Nepali restaurants in Chicagoland (the others being Highland Park’s Curry Hut and Chicago Curry House in the South Loop, both from the same owner). So when Sanjeev Karmacharya, Nepalese himself, decided to open Cumin, he knew Thapa was his ace in the hole. Judging by everything I’ve tasted so far, he couldn’t have made a better choice.

To say that Nepali food is pretty much the same as Indian food isn’t a complete lie, but it is a bit of a generalization. Quick geography refresher: Nepal is bordered on its south by India and shares its northern border with China. Probably the biggest example of the Chinese influence on Nepali food is the quick cooking of certain dishes. Meats that sit in gravies to braise away throughout the day are traditional in India, but in Nepal, it’s pretty common to use a wok-like kadai to quickly sear meat in ginger-garlic paste before tossing in fresh vegetables. At Cumin, the best example of the fresh, clean flavors brought out via this stir-fry style is the paalungoko saag, whole spinach leaves sautéed with caramelized garlic until just wilted and coated in a trinity of seeds: fenugreek, mustard and the ubiquitous restaurant namesake. Fresh tomatoes and slivers of ginger add a finishing dose of brightness. Couple this dish with the parvate aalu tama ra bodi. It’s worth stumbling through the pronunciation to get another example of vegetables that haven’t been cooked within an inch of their life. This time it’s a trio of potatoes, bamboo shoots and black-eyed peas, al dente and infused with heady cumin, coriander and turmeric.

For a shift in flavors, head toward the Nepali meat dishes, heavy with goat, which is a staple in that part of the world. As tender as lamb but a bit leaner like venison, the goat’s flavor is best appreciated at Cumin in the bhutuwa, the meat flash-cooked in a bit of oil-based paste carrying heat from chile powder and sweetness from garam masala. Bell peppers, green chiles and onions give texture, but the real crunch comes from the chewra alongside, flattened rice crisped up with caraway seeds, intended to be sprinkled over the dish like Chex Mix pixie dust.

Chef Thapa’s right-hand man in the kitchen is Nepali as well, and he works the tandoor with finesse. The chicken chili is proof, the boneless hunks going from the tandoor straight to a pasty sauce of fresh tomatoes, made infinitely more interesting with chile sauce, a hit of vinegar and a splash of soy sauce (there’s China again). And if the peppery biryani is any indication, Thapa is no slouch with his neighboring cuisine either. Still, ignoring the Nepalese dishes here is like going to a beer bar and ordering wine. You can do it, sure—but you’ll only be making the point that you should probably be somewhere else.